Key Ideas that influenced my work

The first few lessons that involved lots of research influenced my final work. For the design of the costume, I was influenced by the way bees see UV colours. Initially I wanted to use some sort of UV dye but then I changed my idea to use LED light instead as it created a stronger visual and would complement the other costumes.

Intimacy in the 3rd space:

Inspired by works like “The Big Kiss” and “Telematic Dreaming“, the final performance really tries to take the idea of making an emotional connection in the third space even further. Firstly, the production takes place in Singapore(1st space), USA Arizona (2nd space) and comes together in Adobe Connect(3rd space). The physical distance between Angeline and ourselves disappeared. However, trying to create intimacy in the third space remained quite a challenge. Looking back at the final rehearsal performance, the idea of touch and creating an emotional connection became clearer.

When the movement moved through us in this way, based on openness and trust, the distinction between which bodies were real and which were virtual became irrelevant. – Susan Kozen

During the performance, there was less of a focus on which bodies were real and virtual but more of my movement and Angeline’s movement interacting with each other. While there was still the need for spatial awareness when dancing with Gladys, we tried as much as possible to improvise based on Angeline’s movements.

Throughout the individual and group rehearsals, what I found useful was the Critical Response Process. This allowed me to look into the statements of meaning that other people had and to improve my work with the constructive feedback given to me. Such instances were especially helpful in creating the choreography for the final work. 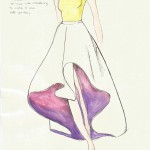 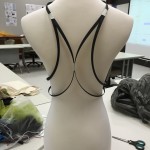 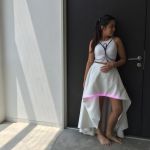 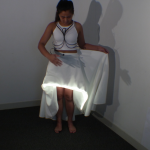 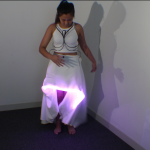 Throughout the creation of my costume, I had to look at the other costumes and try to integrate elements of their costume into mine to make it a more cohesive collection. For instance, the boning for the top was to create abstract bee wings and also to complement the other costumes which were black. Even to the last detail of makeup, there was a conscious effort to take into account my character as a seer as well as the other characters and their roles.

Documentation of my processes with the project updates helped in developing each idea together to become a more cohesive piece.

Overall, I feel that the costume with its flowing movements coupled with the lights and proximity sensor contribute to touch as there has to be someone near for the costume to respond to it with light.

With each week leading up to the final rehearsal, what started out as experimentation with movement, electronics and costumes became more concrete and comprehensive. The more we rehearsed and interacted in the third space, the more familiar we became with our movement and the more intense our connection with each performer. 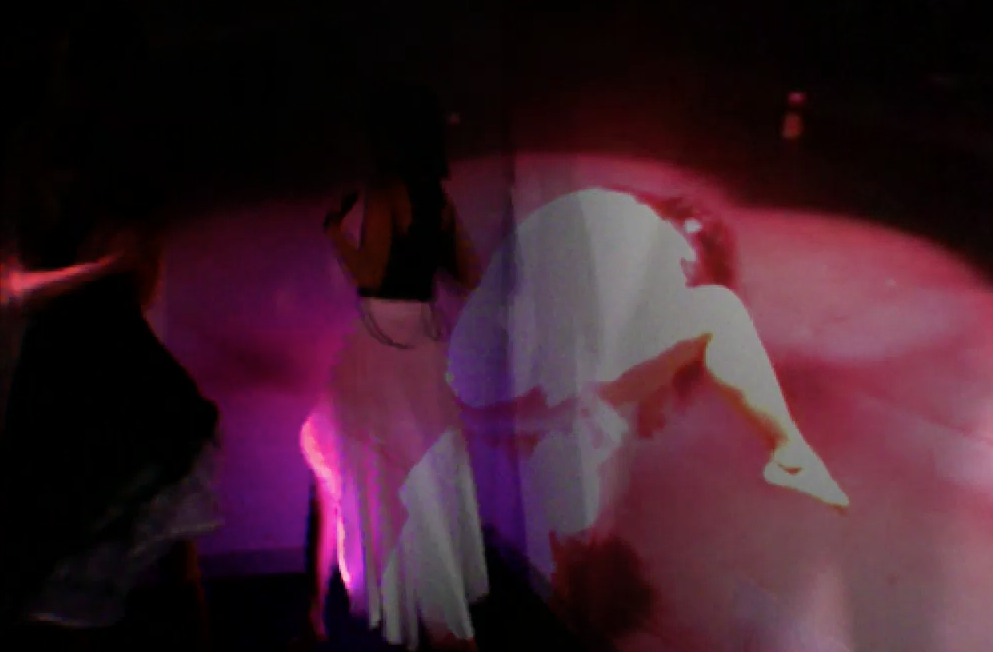 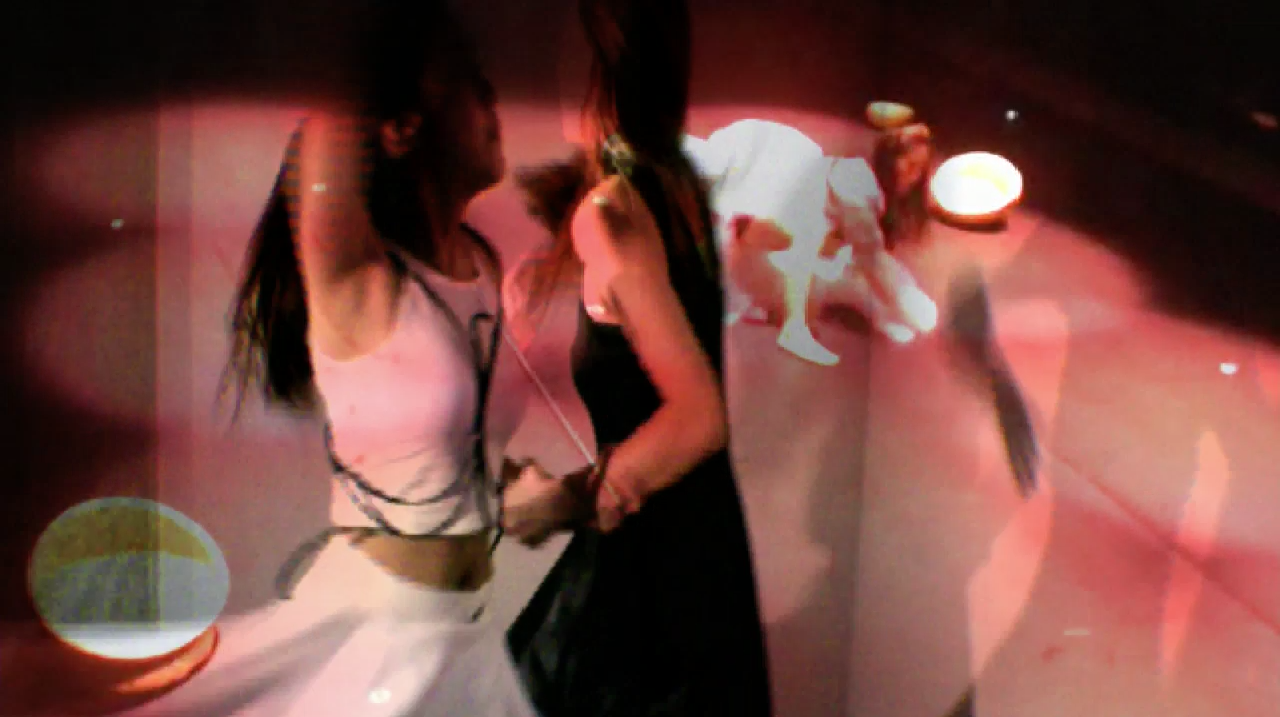 There were instances where the 3 of us looked like we were touching and interacting and moments where we were all separated and I felt like these instances stood out and conveyed such interesting imagery in the performance. 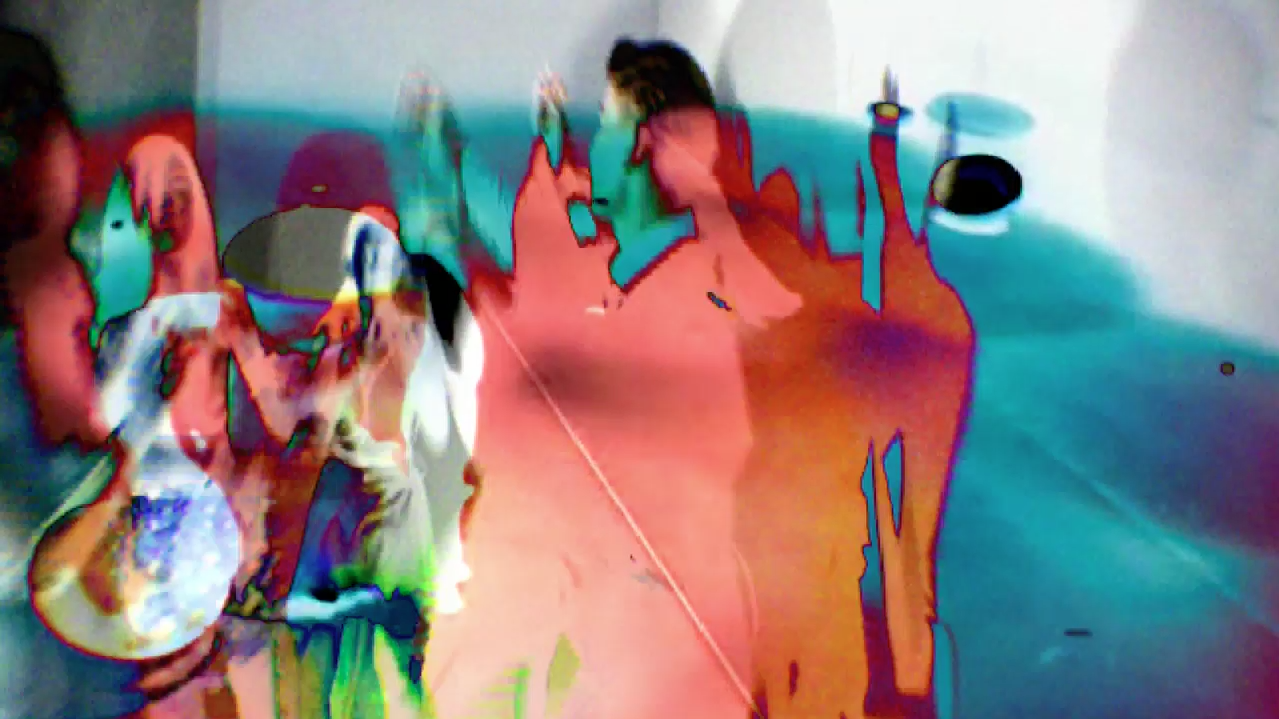 The final jellyfish roll was probably the most dynamic part of the dance as the boundaries between positive and negative space, the individuals and locations completely vanished with the filter.

In conclusion, Touch was successful in forming a connection with each student, professor and performer and it was able to address the problem of intimacy in the third space with each person interacting with Angeline in the third space both individually and as a group. Each person’s story portrayed in the music, costumes and movement came together to become interwoven into a big production. 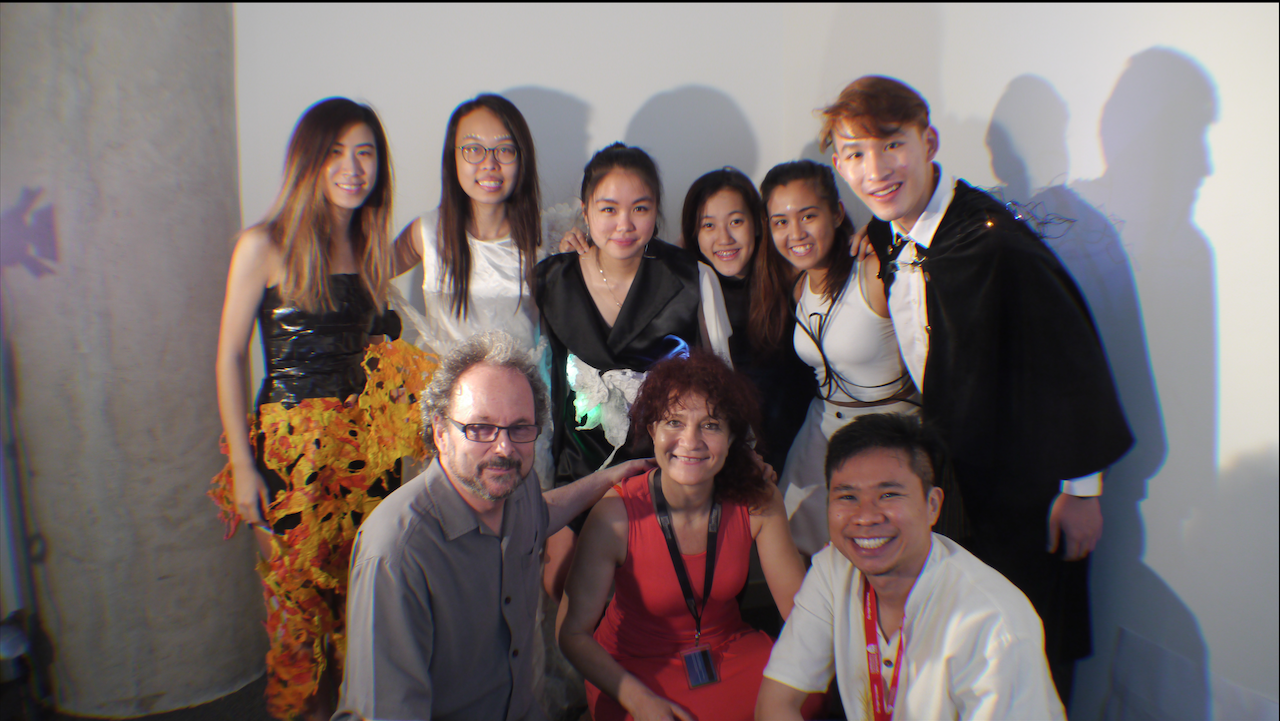