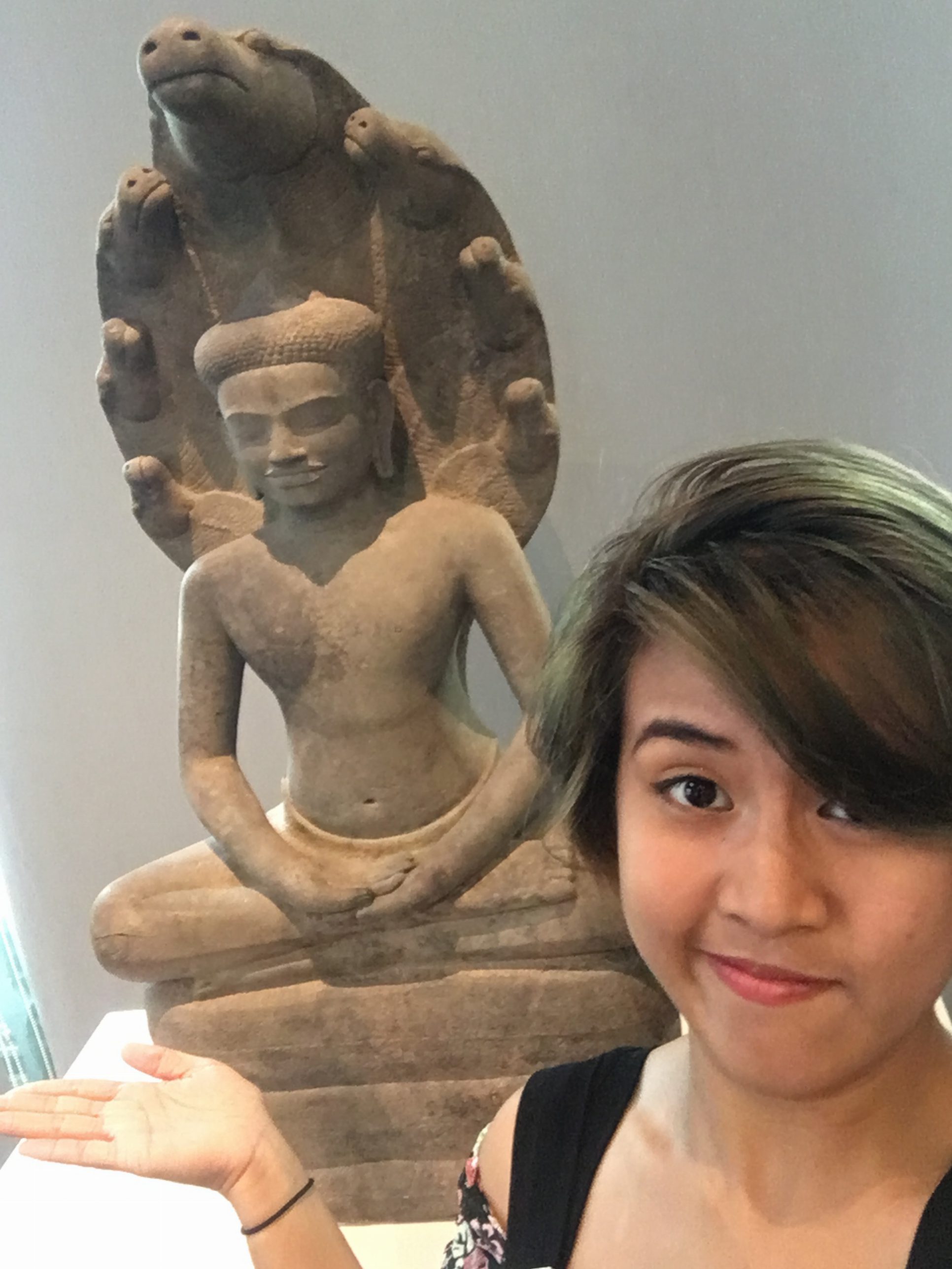 The statue depicts Buddha sitting in the meditation pose on the coils of a seven headed serpent. The overall composition of the sculpture when approached is rather symmetrical with three serpent heads on both the left and right side with a larger serpent head above the Buddha’s head. There is symmetry in Buddha’s meditating pose as both arms are to the side with hands faced up. Buddha’s legs are in a single lotus position where one leg rests atop the other. There seems to be a slight smile on Buddha’s face. All these visual elements seem to exude a sense of serenity and calmness which could be a pattern for devotees of Buddhism in their path to enlightenment.

The context behind the image is that when Buddha was meditating, there was a storm and Naga Muchalinda, king of mythical serpents protected Buddha under its canopy of serpent hoods. The placement of the serpent heads facing inwards and gazing up does seem to show the idea of protection and also draws the viewers’ eyes to the face of Buddha.

The increasing size of serpent heads toward the biggest head and detailed patterns on the serpent body are quite ornate to possibly portray the idea of majesty and royalty of the Naga Muchalinda. There are also recurring concentric circular motifs on the serpent hoods which look like Dharma wheels which are common symbols in Buddhism. Alternatively, they could be mandalas which are symbols of the universe in Buddhism. 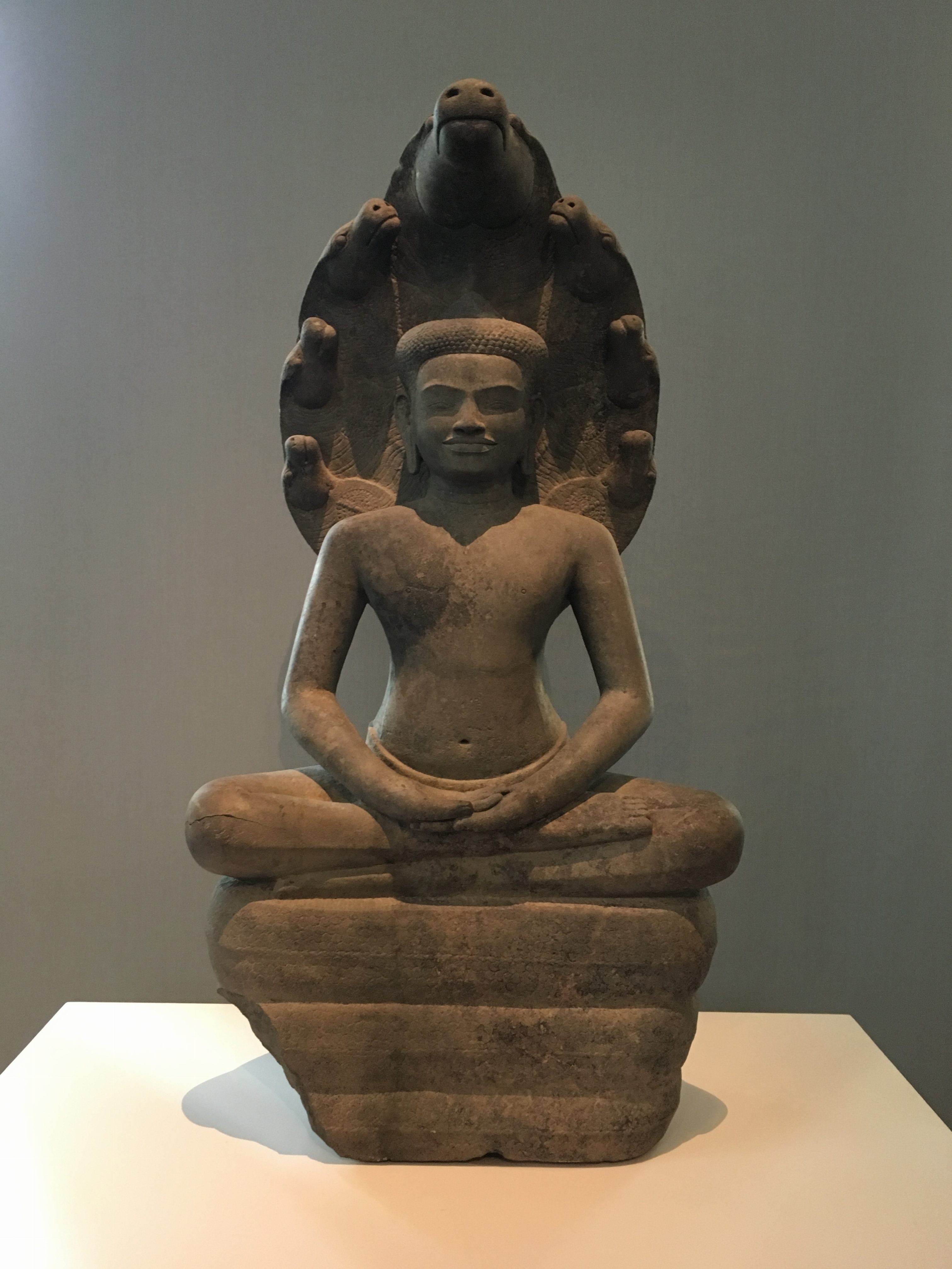