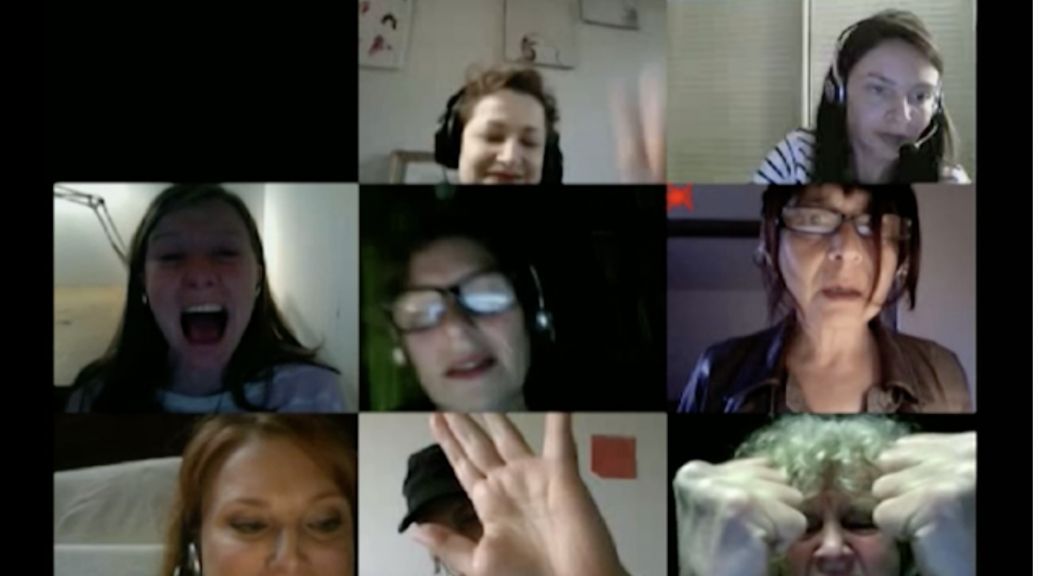 Annie Abrahams is a Dutch performance artist specialising in video installations and internet based performances. As seen in Angry Women, her works are usually collective interaction. In her research article Trapped to Reveal, she thinks that ‘performances also reveal ordinary, vulnerable and messy aspects of human communication’. I feel that her work Angry Women really resonates with that statement, and I will explain this further.

In Angry Women Take 5, there were 8 women in the video broadcast. The video started with a woman talking in French, then another woman screamed, continued by mother, and then another. Their screaming voices were merged together and you can no longer know whose scream is whose. The video continues with subsequent talking, but it is chaotic and unscripted, thus the scene was just screaming and angry women who wanted to talk at the same time. 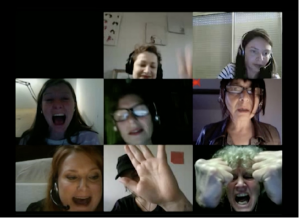 Since the whole performance is based on social broadcasting, it can be said that social broadcasting has made it possible for Art to advance and be pushed for a greater meaning and cause. Angry Women is a work that perfectly suggests the messy and vulnerable side of the human communication, as seen from the emotionally vulnerable screaming women.

Annie Abrahams has described social broadcasting a perfect medium for live performance as it can ‘study human behaviour without interfering in it’. I agree with this method of social broadcasting as the internet has now become a common and daily thing in our lives. Using it as a medium for study won’t make it as much of a difference as we are so used to the internet. We will carry on what we normally do, as the internet has become a familiar  medium to us, despite knowing that it is for a performance piece, for example.

In conclusion, social broadcasting has further pushed the opportunities for art and its meaning, allowing us to make great social art.