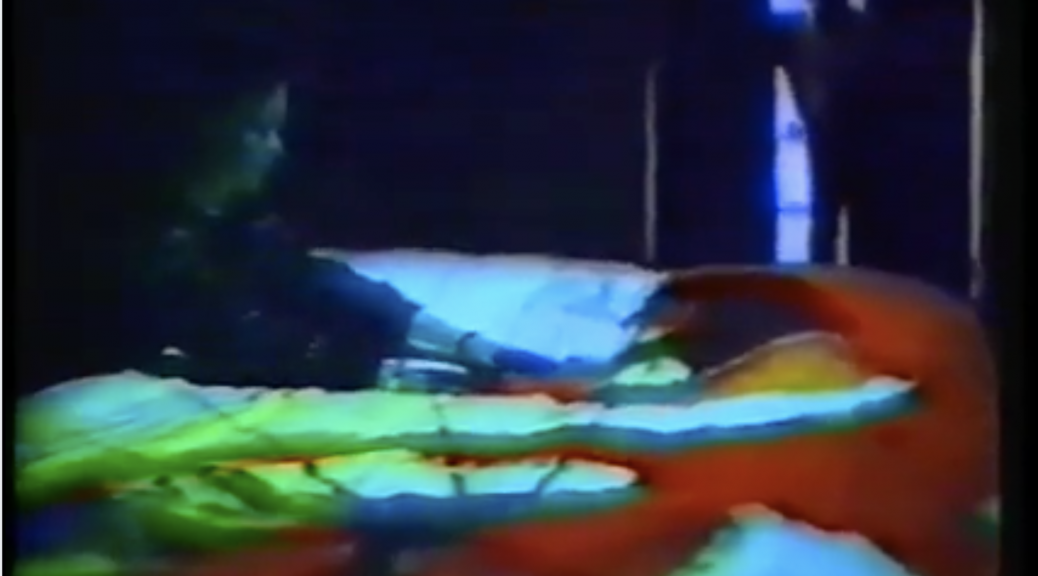 Telematic dreaming is an interactive piece created by Paul Sermon. What’s interesting about this piece is that it requires the audience’s efforts to make it work. Such a medium is unique as the outcome is determined by the public, instead of it being thoroughly carried out by the artist himself.

In this piece, two beds are far apart- by 5000 kilometres. One being in a secluded room, and the other put out in public exhibition. Paul Sermon’s idea of using a bed as a platform to interact with the audience is interesting as beds often imply intimacy, privacy and seclusion. By placing a bed in a public space free for anyone to use, Paul Sermon pushes the boundary of pre-conceived notions. The juxtaposition of two complete opposites- a bed, usually concealed in the comfort of the bedroom; and the public space, where everyone and anyone can watch.

In the clips of the video, the audience is seen interacting with Paul Sermon, where at one point Paul Sermon tries to grab some keys from someone, and his hand follows the keys as if he were really able to physically grab them.

In the next scene, Paul Sermon is seen ‘holding’ hands with a viewer. 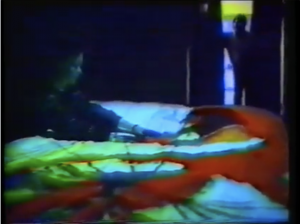 It is fascinating to see how the audience is conscious of Paul Sermon’s presence, despite the fact that he was not really there. Paul Sermon’s work revolves greatly around the concept of consciousness and physical space. Nobody dared to ‘sit’ on his image projection, probably because it might have been considered rude (and no-one in the right mind would do that to someone in real life). They all reacted to his hand gestures and body movements as if he were really physically present. Despite both beds being 5000 km away from each other, Paul Sermon’s work obscures the distance with live image projections, convincing the audience’s subconscious into believing that he was really physically present with them.