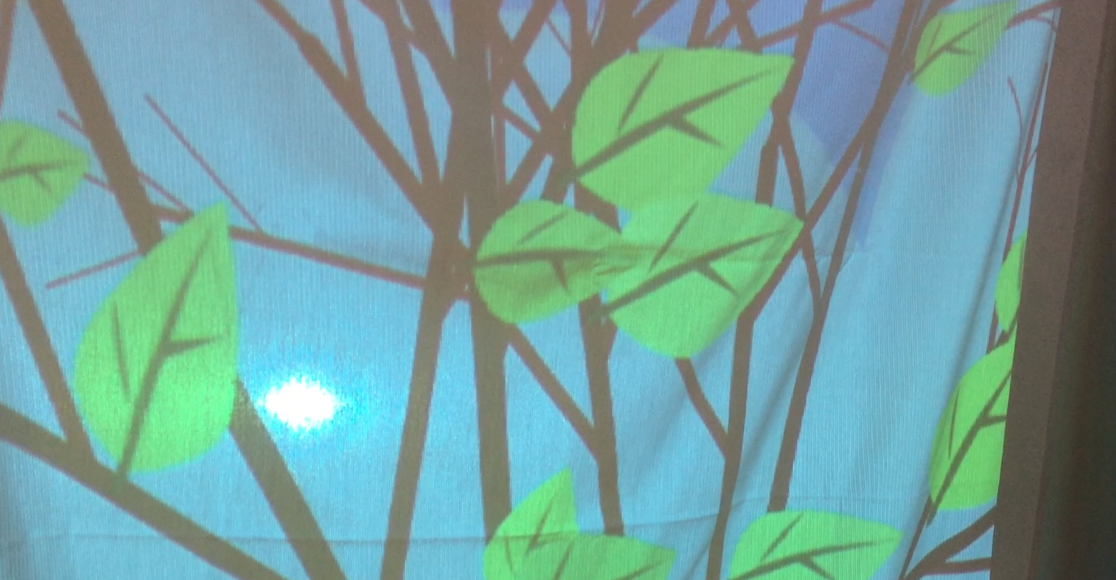 How will the world look like if there are only humans and their technologies, but no more other lives and four seasons on the earth? Ruotong uses projections and a mobile phone to show her original story about a ‘tree’ 1000 years later. The tree hides in peoples’ phone in the form of a virus and it is able to talk to people via messages. Inspired by TeamLab‘s installation works, Ruotong creates an animated tree using computer graphic and projects it in real size in order to give the audiences a realistic experience. The artist expresses her thoughts about the relationship between human civilization and nature through this work. 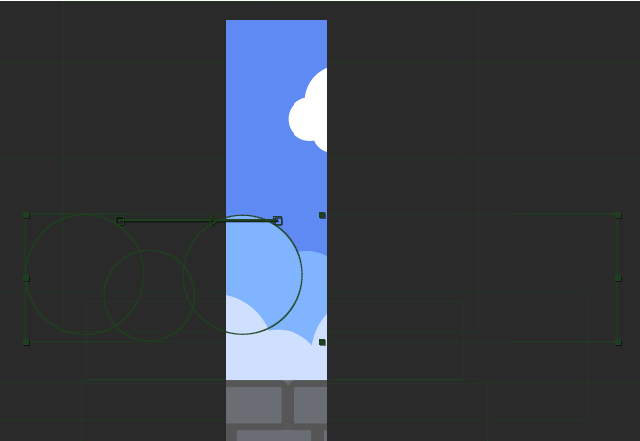 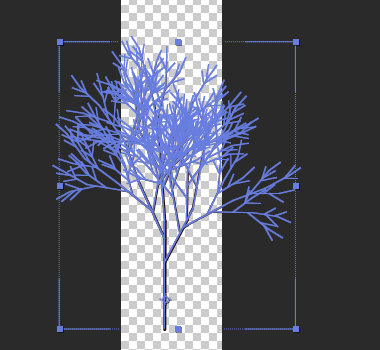 Textures of leaves and flowers: 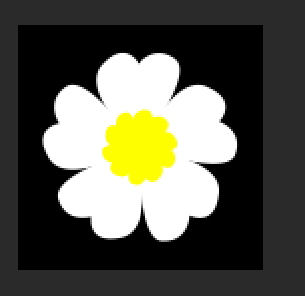 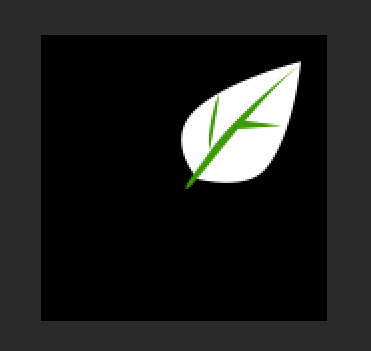 Use particular plugin with layer emitter for the random placement of the flowers and leaves: 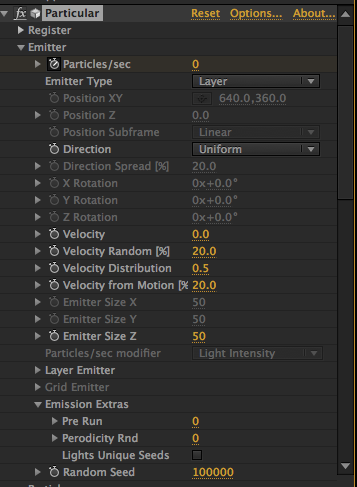 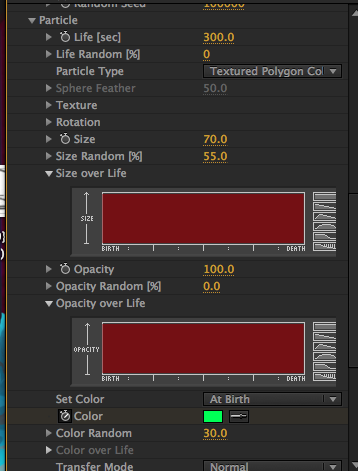 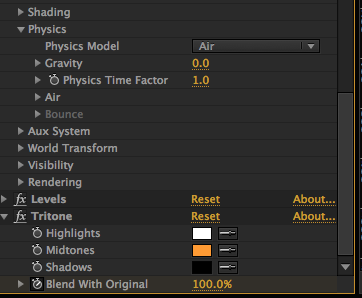 With the use of layer emitter, flowers and leaves can grow up from the branches. 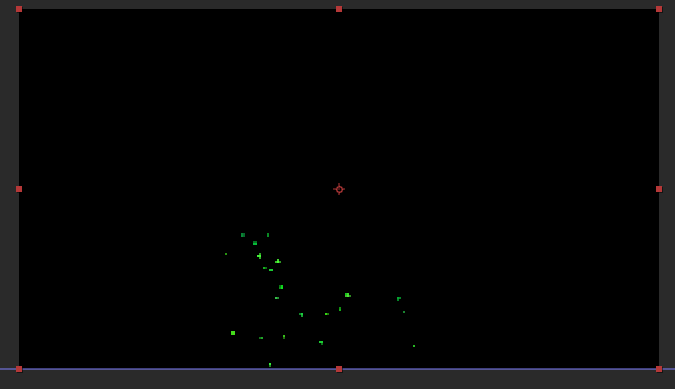 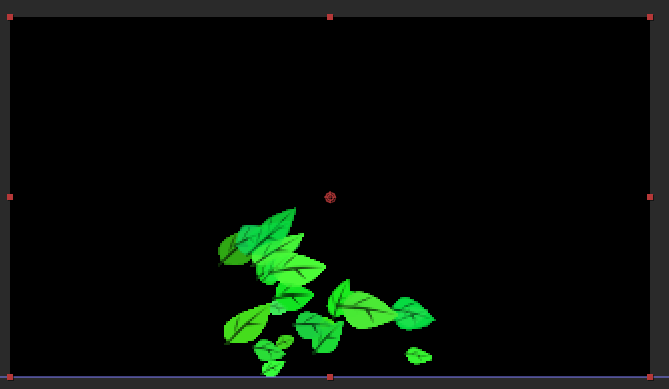 Do the same for flowers: 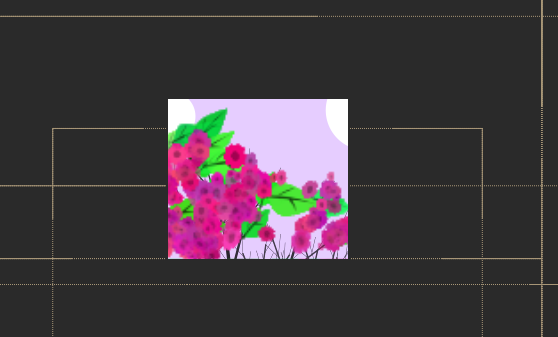 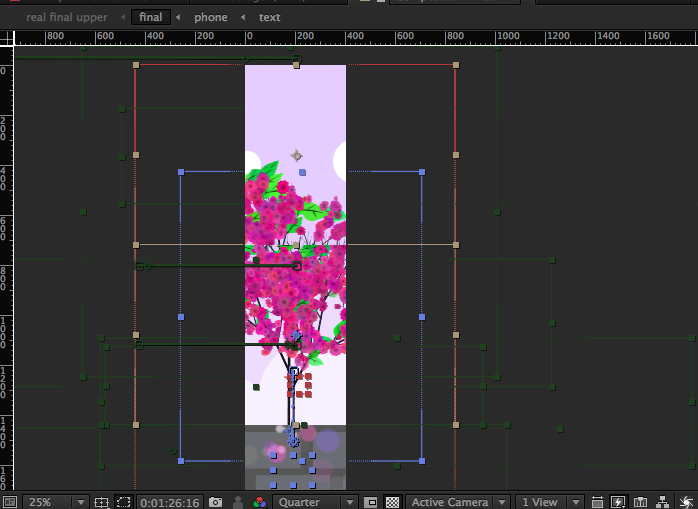 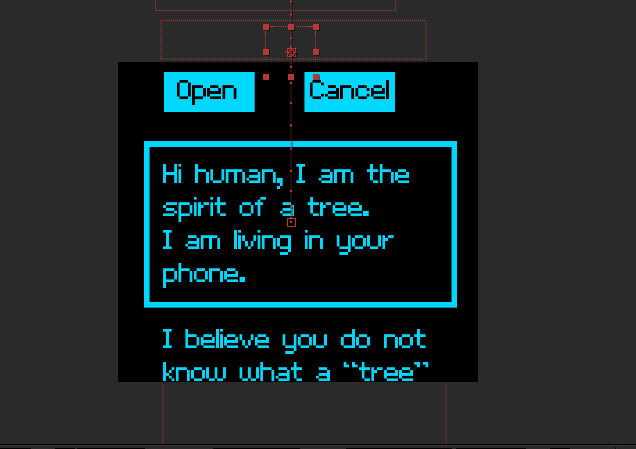 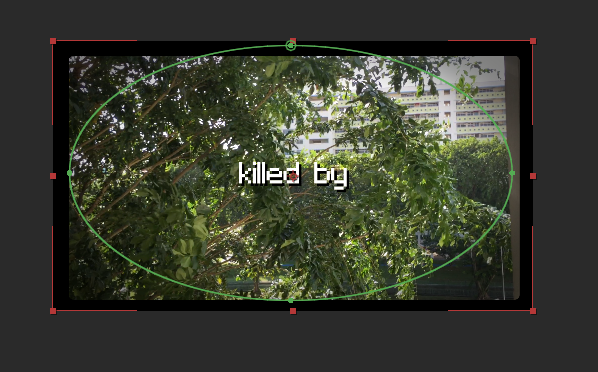 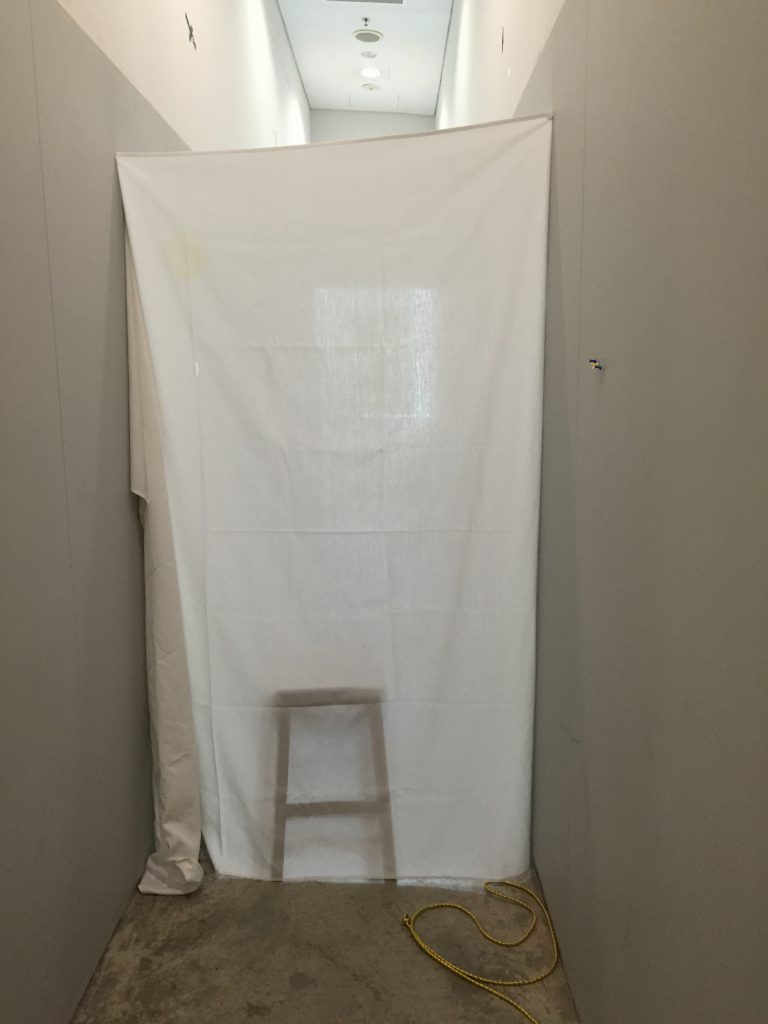 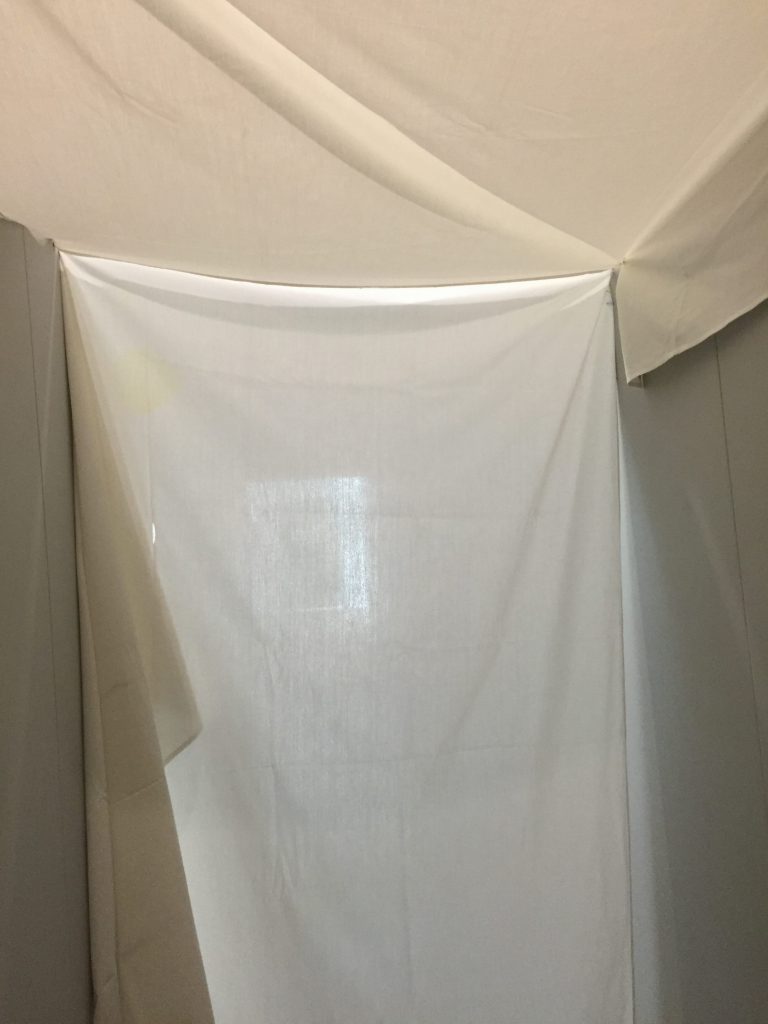 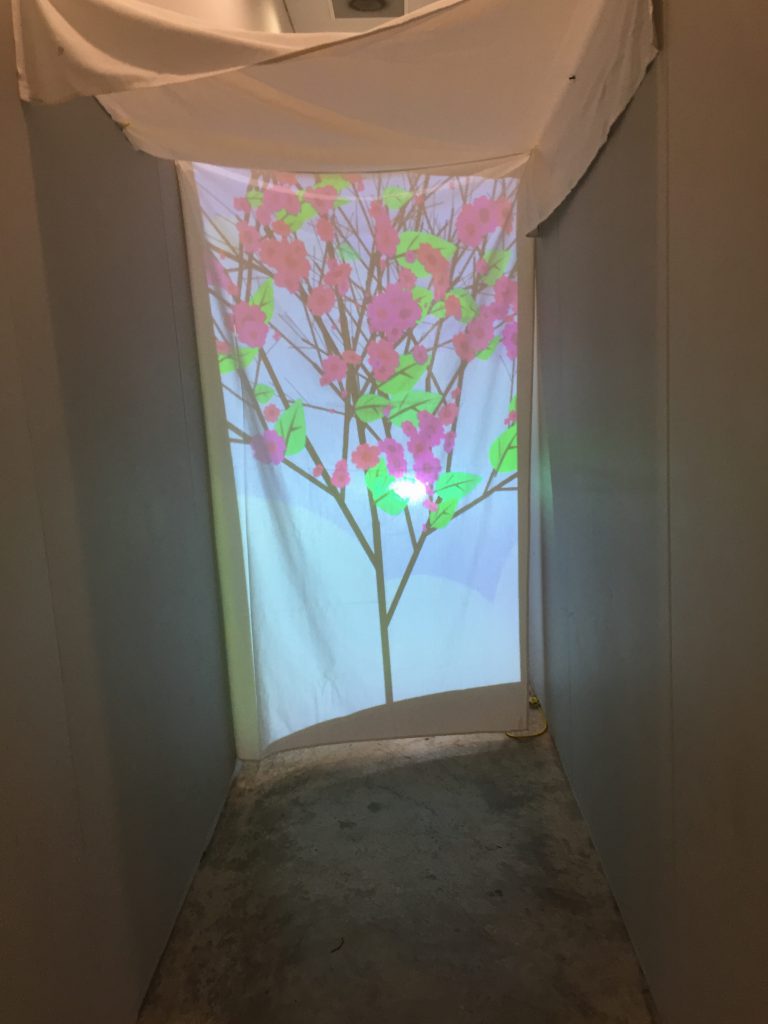 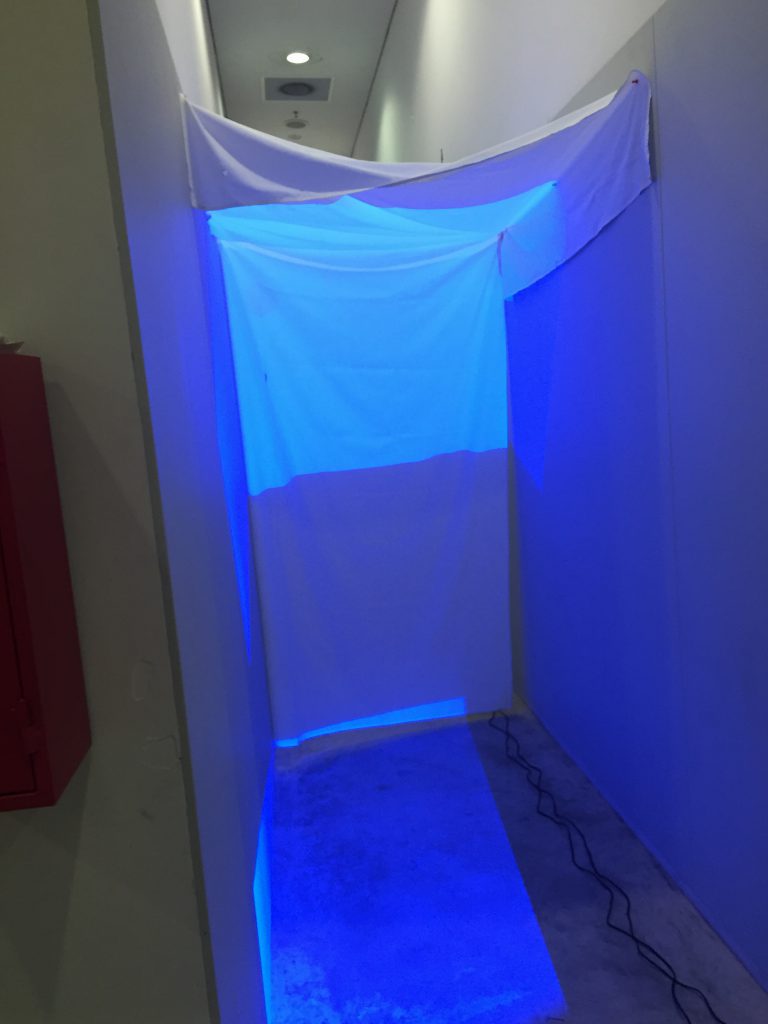 This project is aiming to raise the awareness about environment protection, at the same time, invoke the public to think about the relationship between humans, nature and modern technology – modern technologies can enhance the quality of our everyday life, but at the same time, will it also benefit the nature and other species? Even if endangered species can be cloned digitally, will it still be the same as their original forms? Will we still enjoy our everyday live if there are no other lives but highly developed technologies?

Industrialization developed rapidly all over the world during the last hundred years, however, at the same time, the nature was destroyed badly. Environmental issues such as deforestation and global warming begin to catch the attention of people worldwide.

In 3016, a world with no other lives alive, a girl receives a message that contains the spirit of a tree which was transformed into a virus by a scientist after its death. The spirit escapes from her phone and grows into a real tree on the ground. The girl was shocked by this amazing life and gets to see a tree for her very first time.

This project combines installation and stage performance together.

Also, there will be a short video played on the actors phone to showcase the tree spirit escapes from the phone.

The actor will act in the first part of the artwork before the tree escapes from the phone.

The background music will be originally composed for this installation. The genre would be electronic or epic.

As a continuation or a ‘special episode’ of one of my previous stories, Niantao, this installation I want to create is about a virtual ‘tree’. It lives in the year of 3016 in the form of a mobile phone virus carried by SMS. In the world then, there is no other form of lives – there are only humans and their highly developed civilizations. I aim to make an installation that is able to not only showcase the characteristic and beauty of the tree, but also communicate with the audiences.

Towards this direction, I reference TeamLab’s installation work, Flowers and People, Cannot be Controlled but Live Together – A Whole Year per Hour. It is an installation consisting of a walkway and a large open space that appears to go infinitely. It shows the life cycle of flowers from budding to death. (TeamLab, 2015) From their official video, I can refer that the projections are not only on the vertical wall, but also on the ceiling and the ground. Hence, the audiences are fully surrounded by the projection. With the appearance of the huge and three-dimensional projection, audiences can be easily influenced by the artwork, and it is more convenient for them to get the feeling of the environment that the artist wants to feature. Also, instead of pre-recorded videos, these flowers are all real-time rendered by a computer program. (TeamLab, 2015) hence, the artwork may have more randomness and the outcome will look more realistic. Moreover, real-time rendering makes it possible for the audience to interact with the installation – the flying butterflies will fall down after they are slapped.

Another artwork that I reference is Nirvana. It is a recreation of two traditional Japanese paintings, Birds, Animals, and Flowering Plants, and Trees, Flowers, Birds and Animals. (TeamLab, 2013) The artists converted the original paintings to pixelated motion graphics, so that it becomes closer to our modern life. So, for the art direction of my artwork, in order to feature the big tree, I decide to make use of the space and create a ‘three dimensional’ projection on the ceiling, the ground and the vertical wall. Hence, my audience can be more involved in the environment and the tree can be fully featured from its canopy to root. Unfortunately, I am unable to apply real-time rendering in this project due to the lack of technics, but I use the trapcode particular plugin for flowers and leaves of the tree, so that they can grow up from the branches randomly and hence more naturally. Moreover, as the worldview is a highly civilized world with developed modern technologies, and the tree featured is not a real tree. So I create this tree in flattened style, which is normally linked to terms that is related to modern technologies such as user interfaces of softwares and motion graphics.

Also, after several discussions with the tutor, I realized that it is important for me to pay more attention on the story development. The artwork will be meaningless if there is no any main theme or takeaway for the audience no matter how nice the visual is. It is still important to do some story and character development, although the duration of the final outcome might be very short. So, I decide to add some performative elements into the installation as I have some experiences in the stage art CCA club. At first, I came out with a story about a teacher teaching her students about how to plant a virtual tree using her phone. However, after some critics with my tutor and classmates, I realized that this story is not meaningful, and the message is not strong enough. As a result, after referencing the plot of several anti-utopia stories, such as From the New World, Psycho-Pass and 废墟台湾 (literally translated as ‘Ruined Taiwan’), I realize that the most impactful way to pass the massage is to set a situation whereby humans are questioned or even threatened by their own creatures. So I decide to give the tree a personality and make it a smart phone virus created by a scientist. I hope a stronger message about the conflict between human, nature and modern technology can be passed to the audience via the interaction between human and the intelligent tree.

TeamLab (2015). Flowers and People, Cannot be Controlled but Live Together – A Whole Year per Hour. Retrieved on 20 April, 2016. Url: https://www.team-lab.net/works/flowerandpeople-wholeyear

TeamLab (2013). Flowers and People, Cannot be Controlled but Live Together – A Whole Year per Hour. Retrieved on 20 April, 2016. Url: https://www.team-lab.net/works/nirvana

By doing this project, I know the importance of story and character development. My habit is to come out with the format or style first,  followed by the plot as I am more used to make music videos which usually have a fixed theme or storyline. However, for an original video, doing so might waste a lot of time if there is a need to change the story. So, I will try to change my habit by confirming the storyline before thinking of art directions.

Also, I failed to book all the equipments a week before the presentation, and it is a big challenge for me to set up an installation with three projectors and two curtains individually in a very short time. However, I got over confident and I believed I can finish setting up in a very short time after I was acknowledged that I can borrow the projectors from the previous groups. That caused a big problem – I could not get everything settled before the presentation as it is harder than how I had imagined. It taught me a lesson. I learn that it is very important to manage my own time well and it is very important to ask for help from the others. Next time when I am facing a similar situation, I will try my best to get everything settled as soon as possible instead of waiting until the presentation.