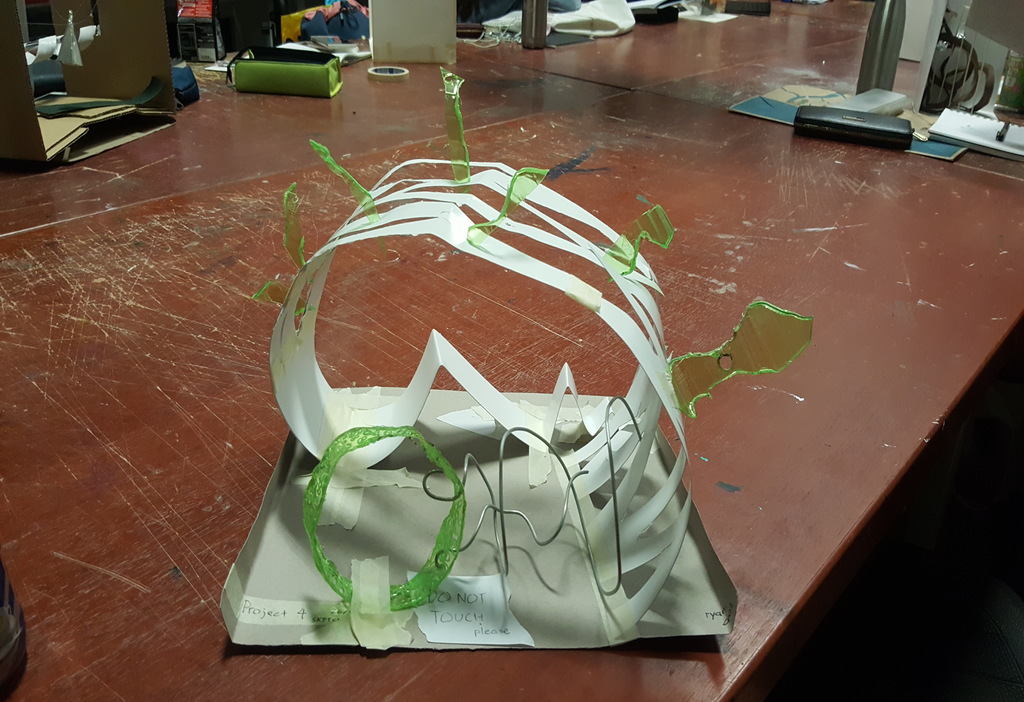 So we were placed into various groups for the 4th project and were tasked to create a sound piece with some musical instruments provided.

I was sorted into Group A with the following members:

And these are the 2 sound pieces that we have came up with:

Using the first sound piece as the music model for my Mood Box, I constructed this:

It consists of 5 instruments listed according to the time they appear:

In all, even though the model did represent each instrument of the sound piece through it’s different parts, it did not adhere to the set expectations of portraying the number of beats for each instrument.

However, it still looks visually exciting as it can be seen as a course for skaters in a skate park.