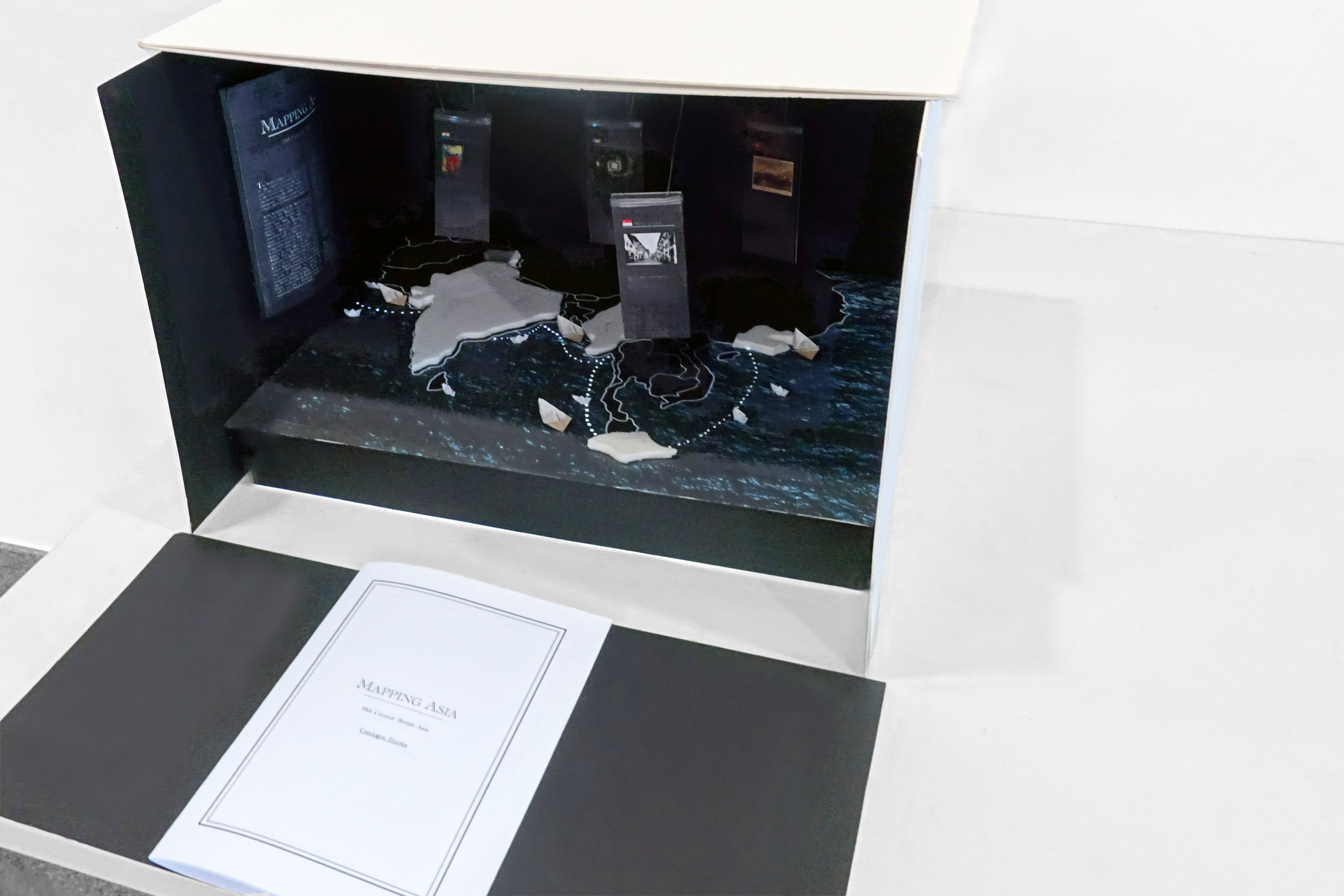 Through the process of choosing a topic to selecting an individual object and linking it to the focus of the topic, I learnt quite a lot in terms of how to work as a team where each member with different mediums come together to put up an exhibition proposal. Initially, I felt rather lost as my group members and I had different ideas and directions that we would to take and it is quite hard to decide which is a better or interesting option to go for. However, through the weeks with a few group discussions, we managed to nail down a focus point in our broad topic of Mapping Asia.

With a focus point in mind, it makes it easier to know what to look for and I managed to find an Indian’s 19th century leading academic painter of the Modern Indian Art Movement, Ravi Varma. However, he made several paintings of different themes, which made it difficult to decide which painting would be more suitable for the topic. Thus, after several readings and fact-findings, I was able to select one of the themes from his collection of paintings to put it as an object for the exhibition.

When it comes to the making of the miniature for the exhibition proposal, again, we had different ideas as to how we could it layout in the museum. After presentation and consultation, we had a discussion on how to make our visualization work as a miniature and we still have different ideas on how to make it better and more engaging. Even after we made the model, we ourselves have suggestions as to how we could improve to make it more effective. In addition, with suggestions given during our model/miniature presentation, I felt that the feedback was useful as there is things mentioned that I have not considered and thought of. The feedback session is something to remember for future projects and assignments.

In conclusion, from all the discussion we had from the beginning to the end, I can see progress that my group member and I have made and how well we have worked as a team to make it happen. As an individual, I have gained more knowledge on the British Empire and their influences on India and Asia as well as the method to write an object label, catalogue entry and wall text.