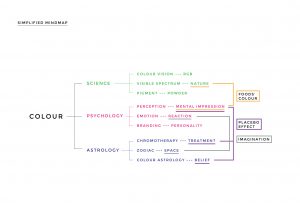 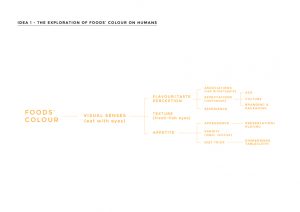 Colours play a significant role in our daily lives as it affects us psychologically, scientifically and in many other aspects. Psychology is an applied science that studies the mind and behaviour. Together with the exploration of the concept of perception, emotion and other areas, it aims to understand the human activity. This FYP intends to interpret human mental impressions of nature through the effects of foods’ colour. Food is part of nature and it revolves around human activity as one of the basic essentials. As a foodie, food visuals hold much importance to me. By exploring and understanding this, it enables people to realise the power of the understated role of colour in food as well as the subconscious process of human behavior in daily lives.

The possible outcome for this idea would probably be an installation of food displayed in a scientific/interesting way together with a booklet to explain the idea. 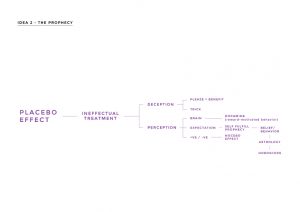 Mankind has always attached colours with certain perception and emotions. The psychological effect helped us to understand and relate better with colours under various area of studies such as pseudoscience.

Placebo is an effect that produces positive impact based from the result of perception. It is a mechanism that works with astrology where people believe in its horoscope readings and feel better when they follow its advice. This FYP seeks to discover the skeptical relationship between astrology, self fulfilling prophecy and colours. As an individual, I read horoscope out of curiosity and for the fun of it. It provides some sense of hope, positivity and entertainment in life. By exploring this, it aims to portray the prophecy of astrology on humans.

The possible outcome for this idea would be to create a brand in a medical approach. 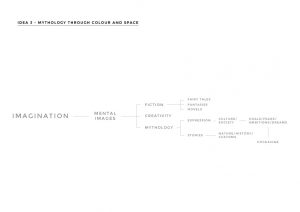 Mythology through Colour and Space

Colours evoke reactions based on the interpretation of one’s senses through the spaces that one interacts. These spaces can be defined to be of physical or non-physical presences that provide a form of freedom towards imagination. Fairytales, fantasies and mythology are part of imagination created through mental imagery. This FYP intends to interpret the mythology of Cockaigne through colours and spaces. As a child, I enjoyed reading stories like Charlie and the Chocolate Factory as it’s very imaginative, colourful and portrays every child’s paradise. Even after being an adult, I wished this factory was a reality. This project would portray how colour and space work together to bring paradise to another level of experience.

The possible outcome for this idea would be packaging / + installation.