Dialogue with Time was an exhibition at the Science Centre Singapore to embrace ageing. It was a very insightful exhibition in that everything was kept minimal but the visuals such as coloured zones that are associated with conditions that are related to the consequences of ageing were nice details that added to the exhibition visually. For example, one of the zones was coloured yellow and we were told that it was to represent the vision that becomes slightly yellowish that an older person gets as they age.

I enjoyed the fact that the guides were seniors which made it that much more impactful and we got to hear firsthand experiences and thoughts from them which we would otherwise not be able to hear based on daily encounters. 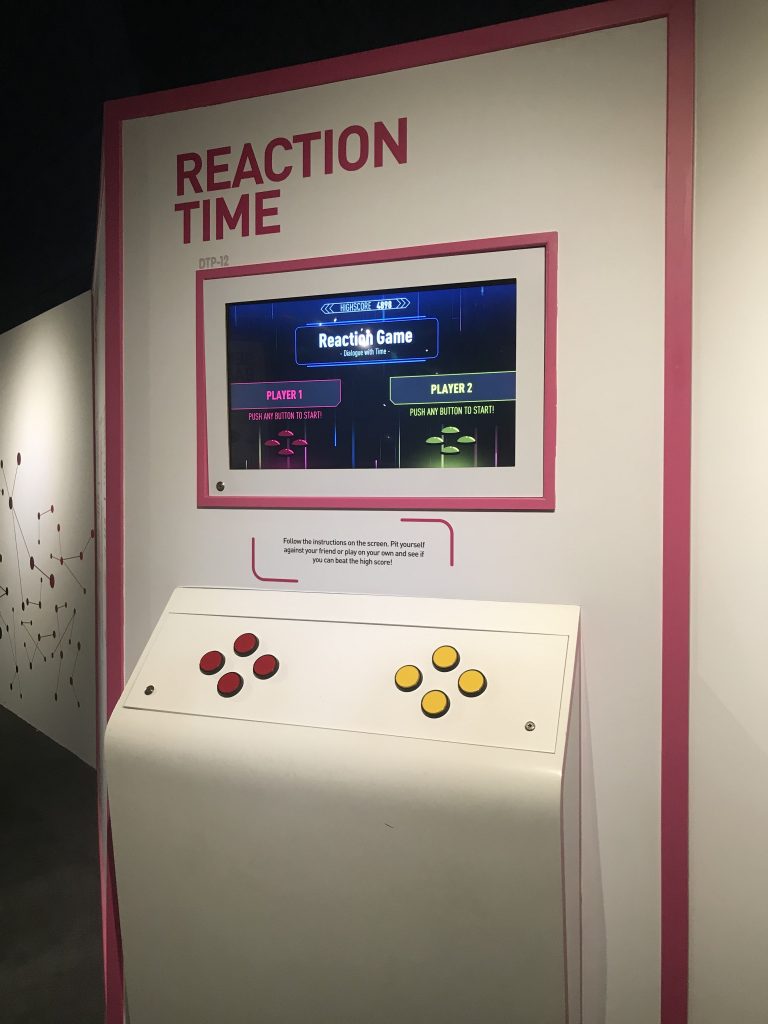 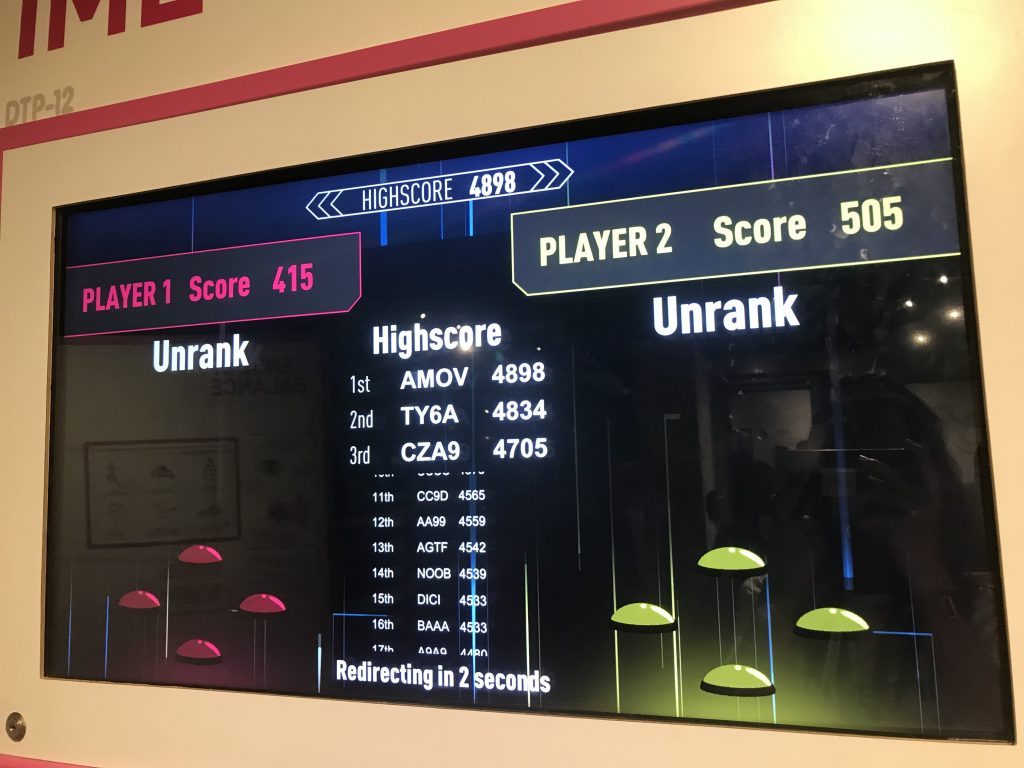 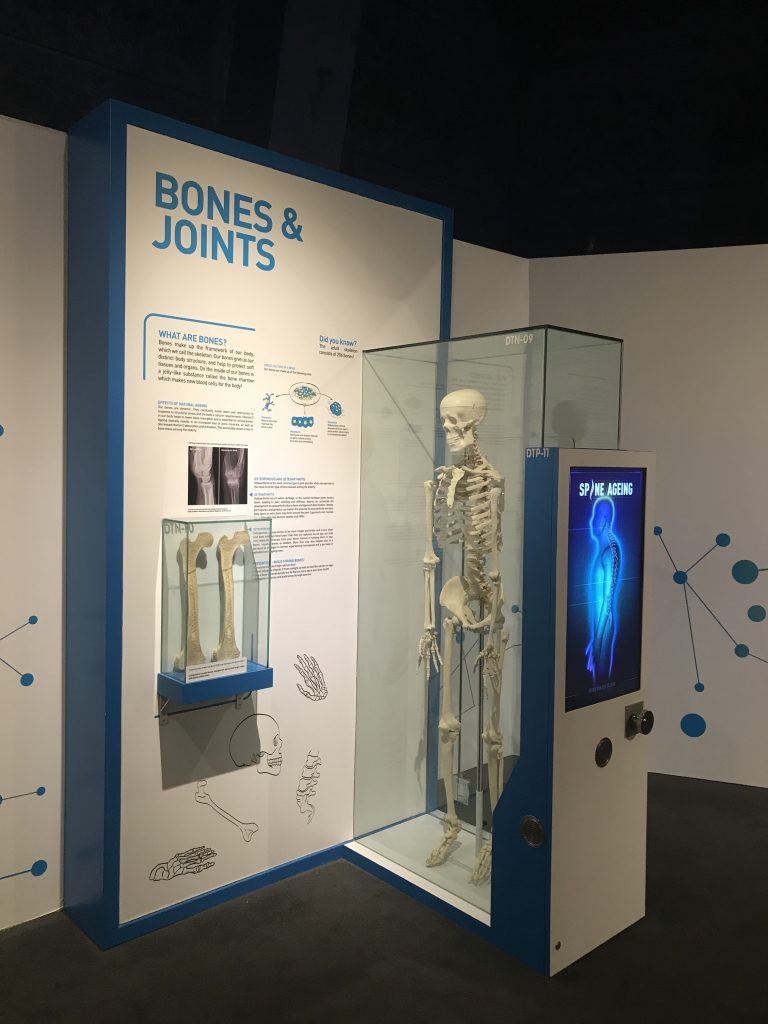 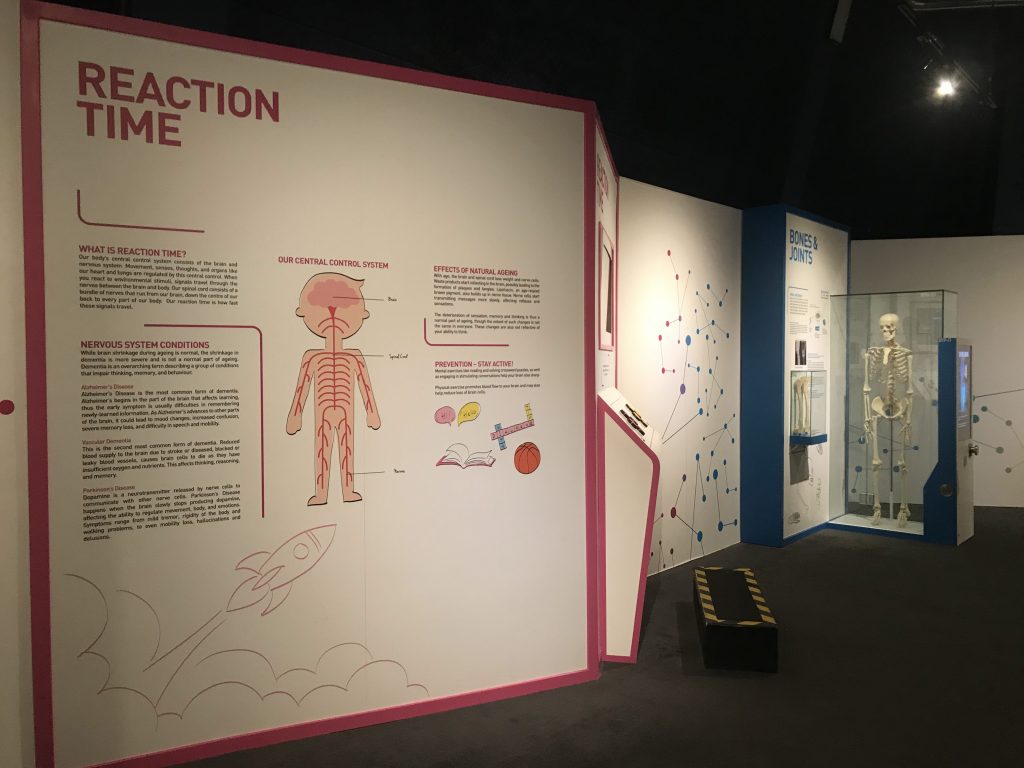 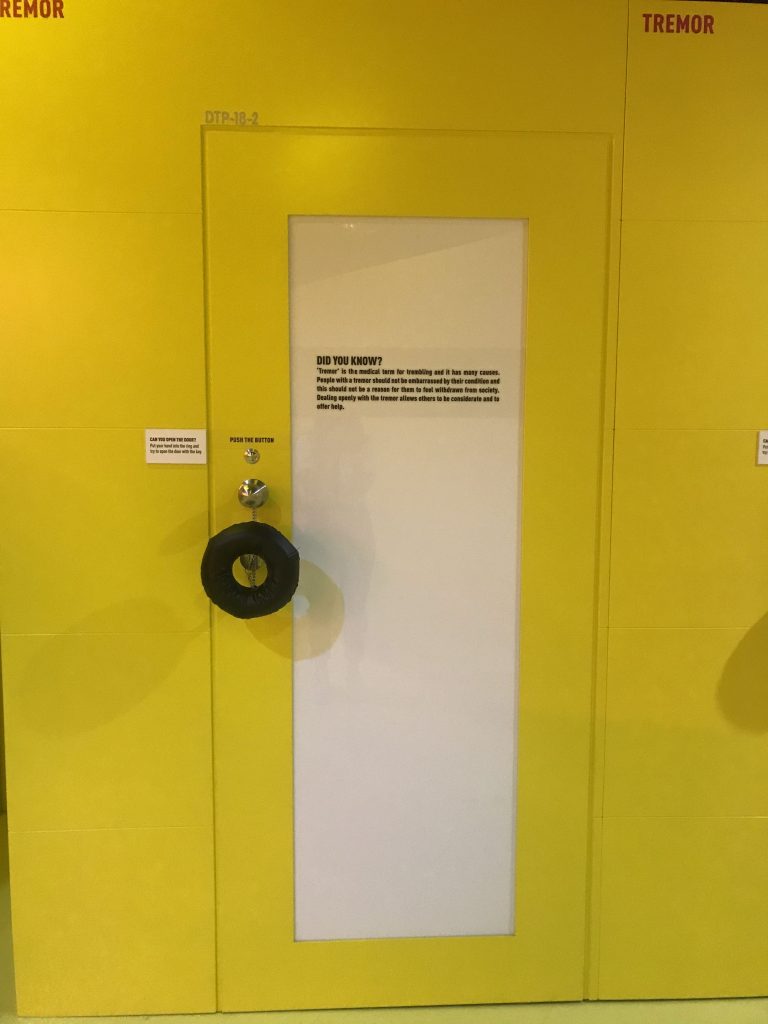 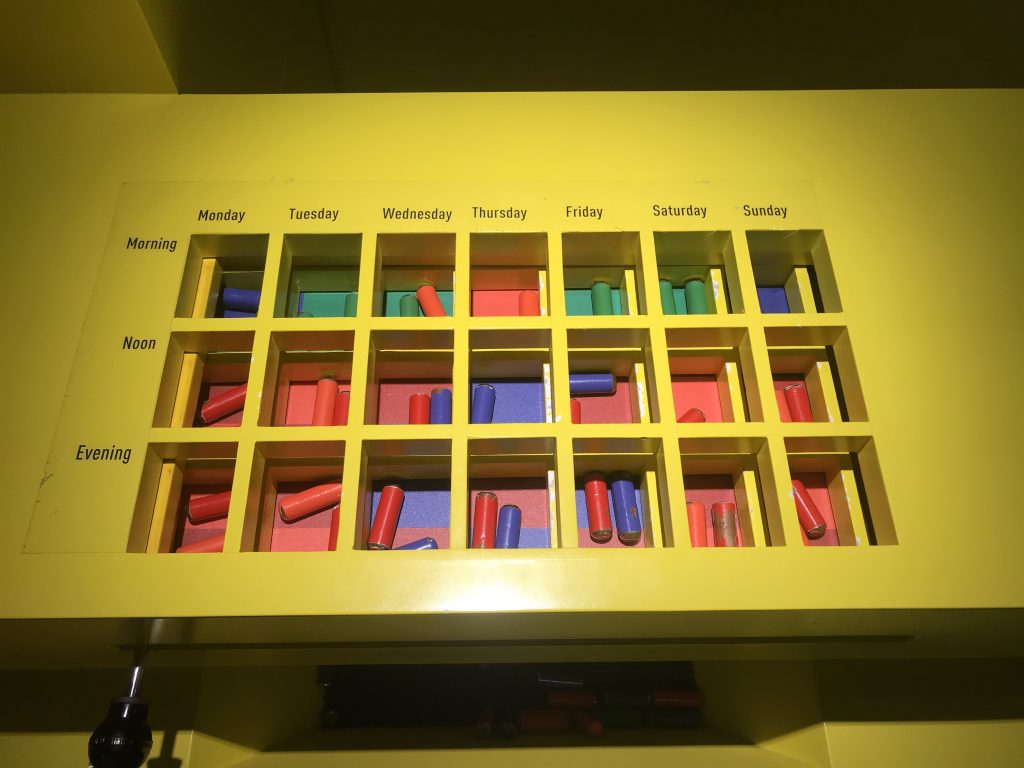 Simulation of how elderlies capture and process information for memory

I am a very visual person in that I get attracted to visuals and simulations very easily. Therefore, personally, I feel like one of the most effective form of communications were the simulations that they had such as the tremor simulation where the simple everyday act of slotting in a key into the key hole to open the door to your house is already a huge challenge for elderlies experiencing tremors. There were times such as during the focus groups where everyone shared what “Happy Ageing” meant to them and the senior shared hers as well. I thought that was pretty engaging but it was not as eye opening as the last section where we had to do a quiz. During this time, I learnt a lot of facts regarding ageing, life expectancy, potential problems that may arise due to higher ageing population in Singapore, etc. Apart from that, the sharing session by the seniors really opened my eyes to be ready not just financially but skill wise as well for the future so that we can remain useful. 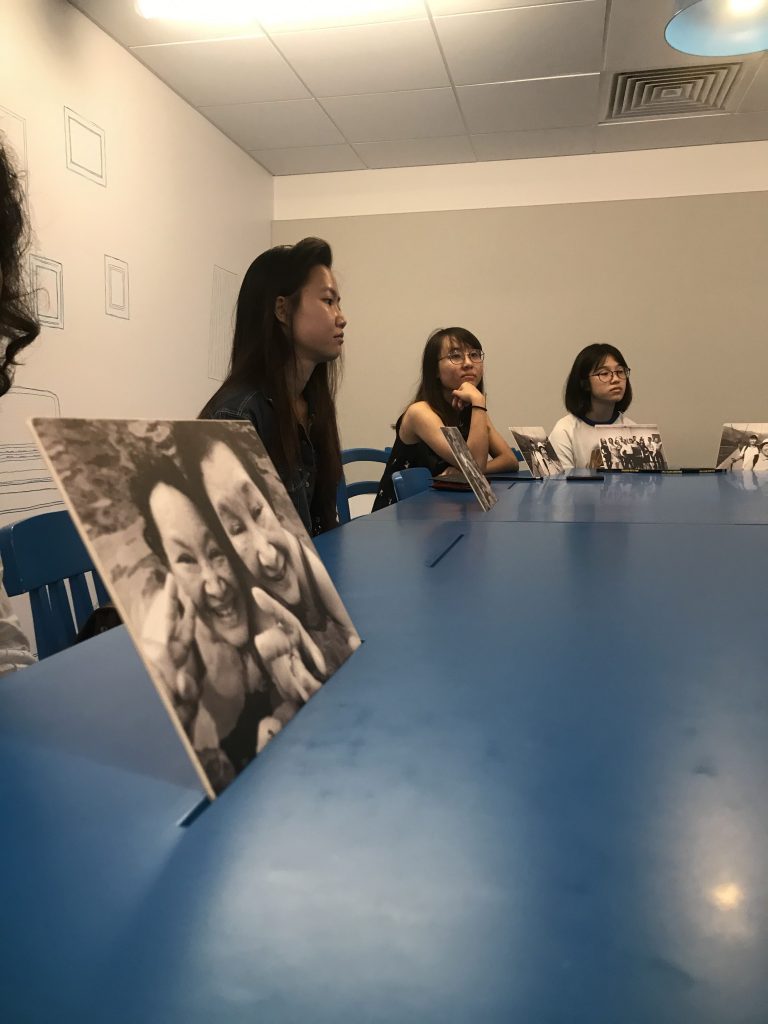 Sharing session of what “Happy Ageing” means to us 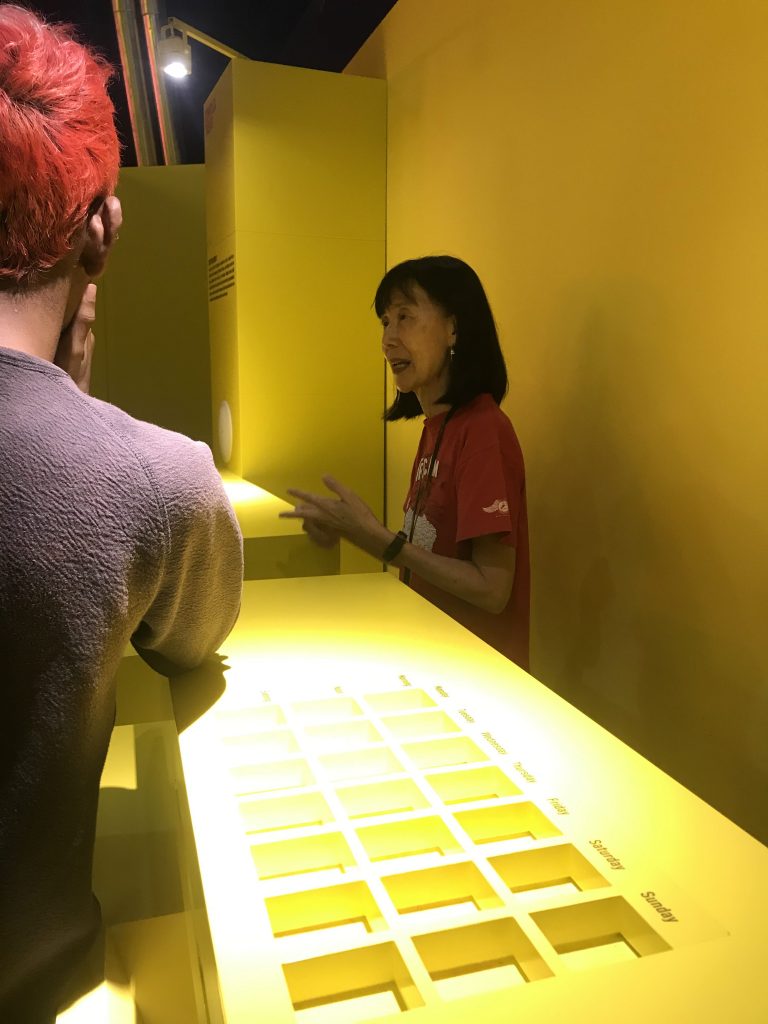 I think there are a lot of benefits of role playing as a technique of design research.

By role-playing, with proper and well-thought about simulations, users would be able to participate and have a glance at how, in this case, the elderlies go about their days having to deal with these challenges such as retaining information, opening doors, even eating, going to the bathroom, etc. Simple daily tasks that any able-bodied person may not even think about as a struggle or potential struggle as they go on about their lives on  any normal day. In a way, this would allow for deeper understanding and generation of empathy. It would also create a diverse thinking sets and push individuals to act upon their thoughts to potentially help and attempt to be more aware of the situation. Another benefit to a user-centered approach is that the ability that would allow users to feel ownership of their feelings and thoughts rather than being bombarded with information without substance, which could potentially push people away sometimes when trying to convey a message. In other words, it feels less forced.

In these role-playing technique, designers would be able to analyse the users more effectively in that they would be able to gather a more insightful and accurate data. They would be able to see how different users would interact and handle the same simulated situations that were given to these users. Hence, potential problems, risks or ineffective implementation could be detected and improved earlier on. Inputs from users are also highly useful for designers to keep in mind when designing for intended purpose.

Due to my topic chosen for my assignment, I am going to focus on ethnic discrimination in this context.

The two videos above were ones I’ve found a few years back and felt like the impact it had really opened my eyes further and made me realise that I was not the only facing this problem and I was not the only one who was aware of it. These are perhaps not role-playing but it is kind of a social experiment that is simulated to help participants to be more socially aware of the existing of privilege and how far it can affect one’s opportunities, way of thinking, etc. Therefore, in a way, role playing for this particular topic that I’ve chosen would be extremely tough but beneficial in some ways.

— Able to put things into perspective by minority & majority groups

All these pros and cons are extremely useful for designers when they do decide to come up with campaigns, collaterals and sorts as in this context, they would be able to see the disparity between the different users and are able to more sensitive when designing. Elimination of biasness might also be a challenge but could be learnt through role-playing as you would be able to get a better understanding as to the reasons people react a certain way. Designers will be able to approach this with a fresher mindset. In addition to that, race topics are very much controversial in Singapore and are kept at bay in terms of having conversations due to the potential to upset one person or the other. Therefore, through role-playing users and designers will be able to experience and understand each other better and this would create a more critical design that would deem more effective. On top of that, having role-plays allow for more intuitive decisions for designers when designing and have a clearer picture and retain their observation better.

« Task 1A: Exploring the What, Why, Who and How Task 1B Exploratory Research – Interviews »