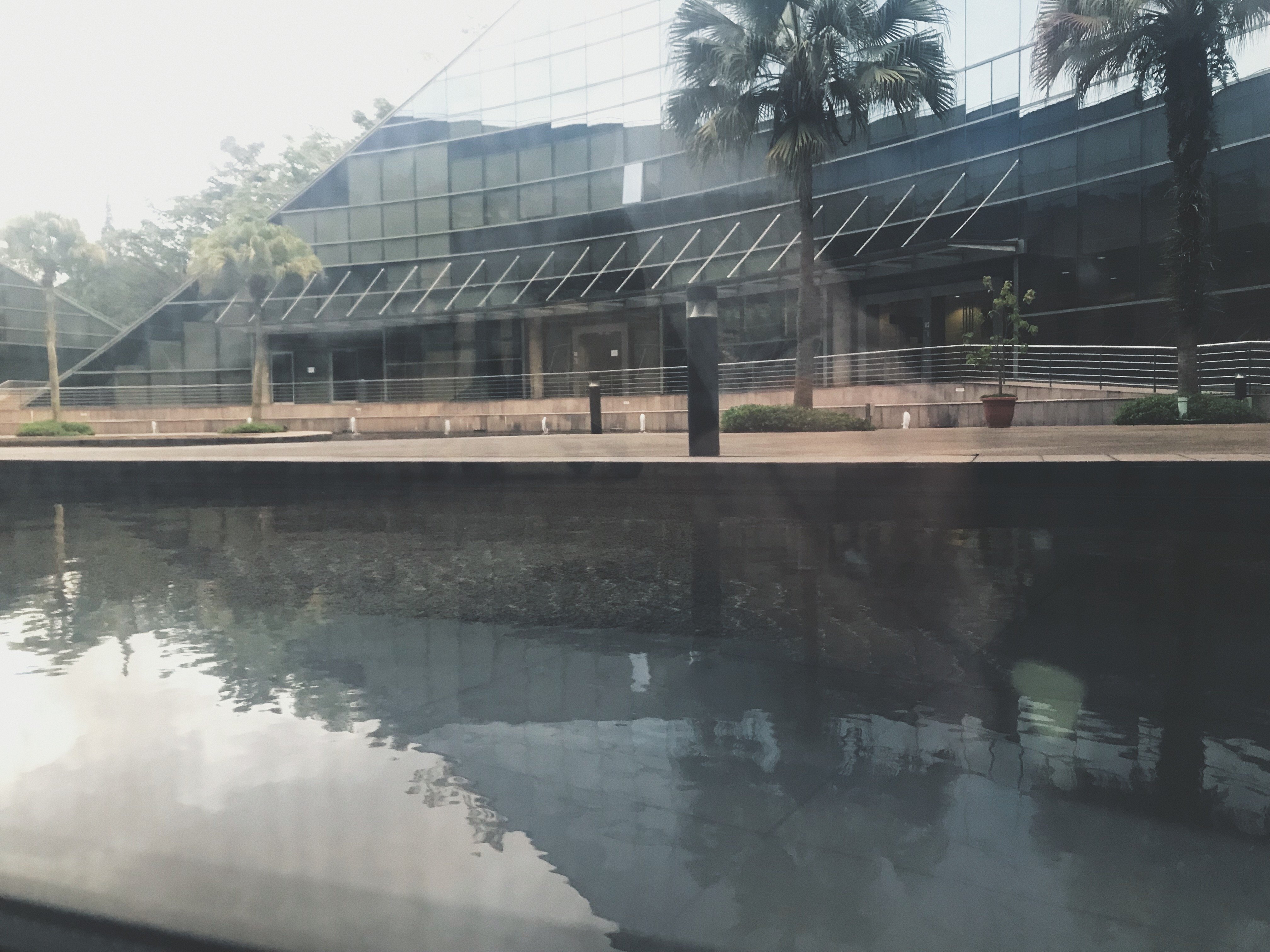 For this in-class project, we were tasked to go around ADM and take a picture/ pictures of an object or space that holds a meaning and is unique to the individual. We then had to post these photos on Instagram with the hashtag, #1010adm in which the collection of posts from other classmates created a virtual space online. It was pretty cool and interesting seeing the school in the perspective of different individuals. Interesting fact! What we found out was quite amusing! The collection of photos from our class came out to have a thematic flow in which the photos created a mysterious persona.

Here are the collection of photos that I took. 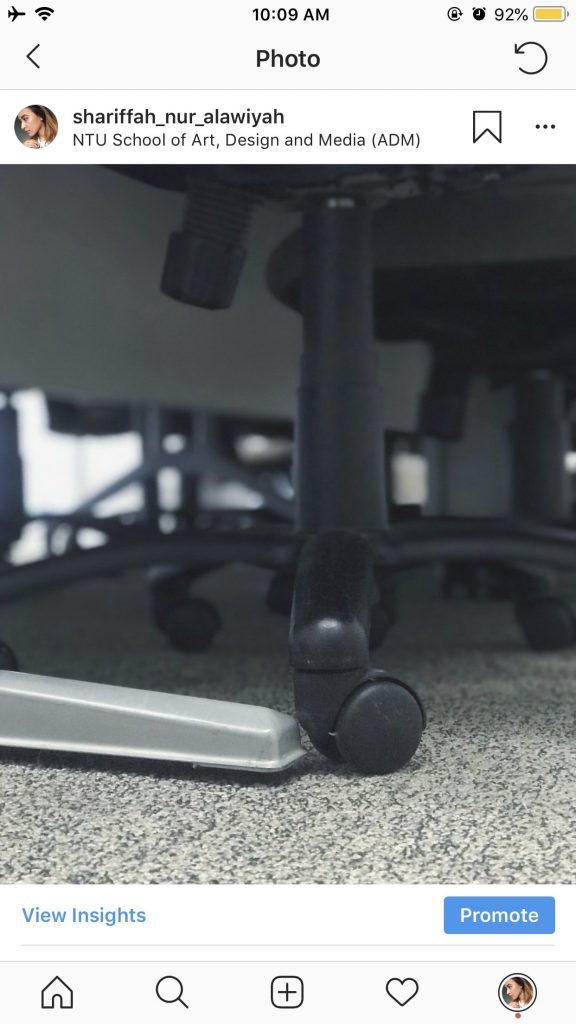 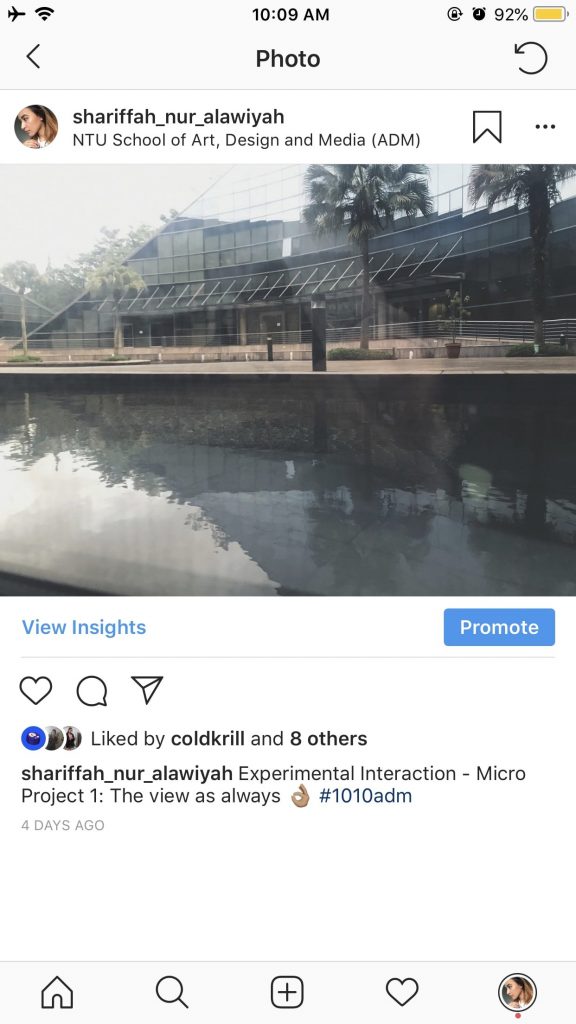 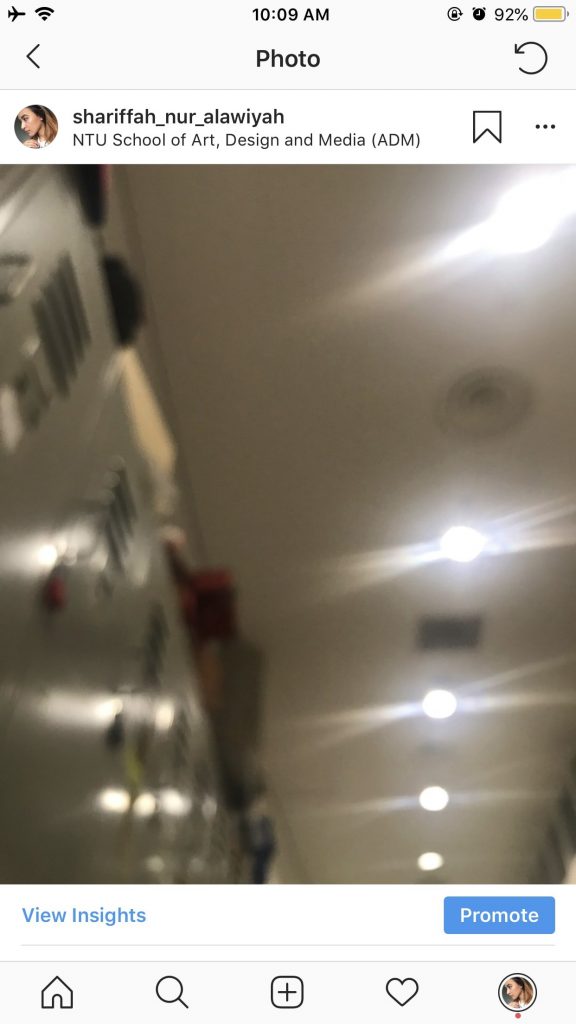 This was a space located in the basement floor of ADM. There is this particular room along the corridor of this floor which holds a very fond memory of my first semester in ADM. It was a place where my classmates and I used to spend our time (and many overnights), mugging for exams, completing projects after projects while having crazy conversations along the way.  They were times that I really looked forward to after lessons in school.

One of the characteristics include the thematic persona as mentioned above. It created a mysterious outlook from a viewer’s standpoint. This space that my classmates and I created collectively were mostly architectural posts or close-up of objects or space. What stood out was that the posts involved spaces or en route to the space that held a significant memory or experience of individuals. A story lied in every post.

As individual posts, mine, collectively,  were a series of photos that depicted the journey to the my “safe space” and the specific objects or view that I favoured in my secret location. I curated the photos in a way that they involved close-up shots instead of wide shots as I felt that it interpreted my thoughts more exclusively.

I believe that there are a couple of circumstances which I will list below: 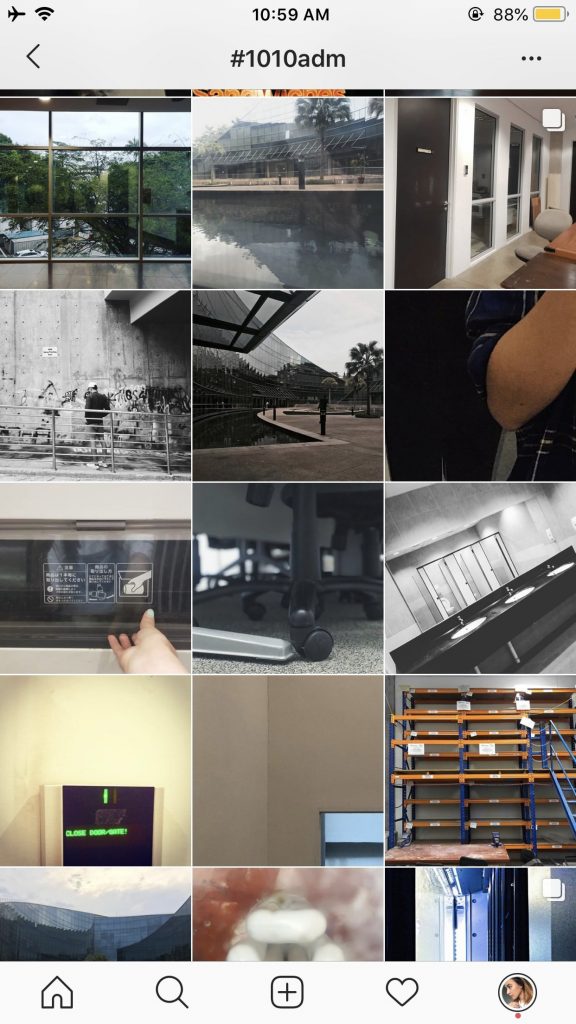 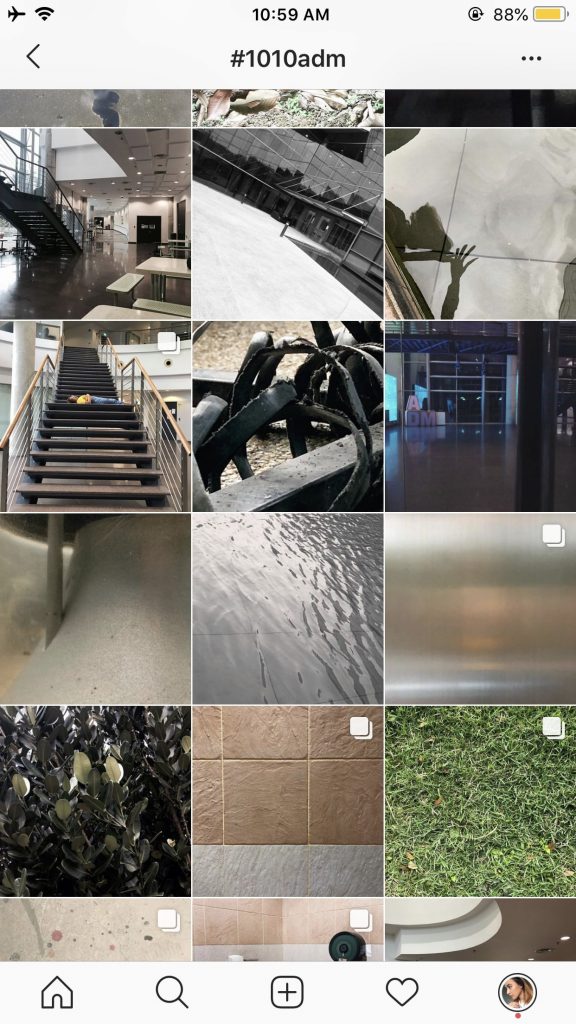 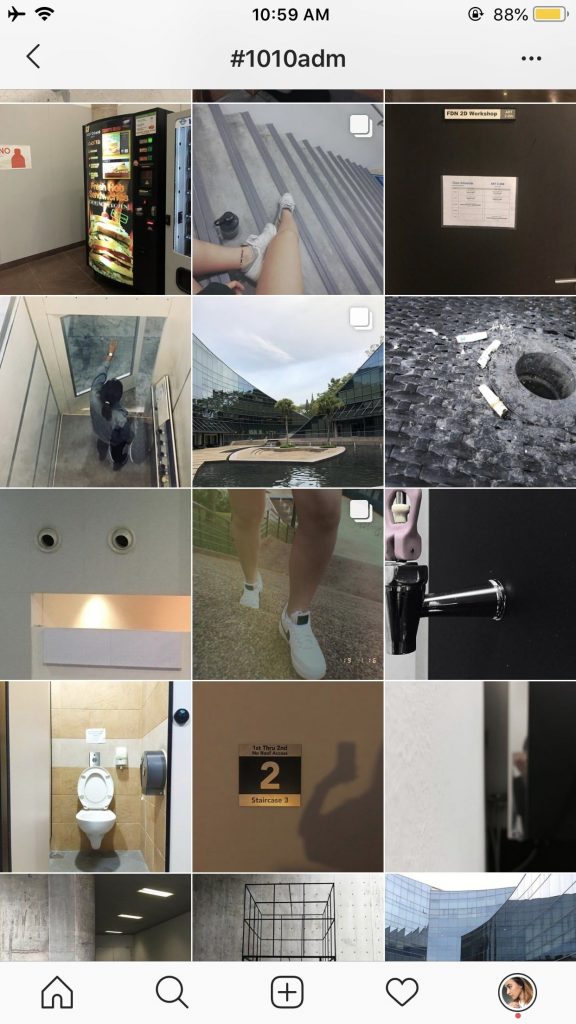 In this project, we got to experience both DIY and DIWO in which DIY was when we were given the creative freedom to capture photographs that we had to complete individually. This means that we created were not influenced by anyone else and they were unique individual perspectives. The DIWO comes in after when we looked at the posts collectively under the hashtag #1010adm. These were a collection of posts from other classmates where they were seen as a whole. This was a collaborative effort in creating a virtual space online of ADM through different  perspectives to create a page that represented the insights from the students studying in ADM.