Fashion in the past, now & future:

The history of modern fashion industry with different designer labels began in the 19th century with Charles Fredrick Wroth who was the first designer to sew his label into the garments he created.

In the past, clothes were made from plants, animal skins, and bone. They started off merely to provide covering and protection. Fashion as we know it now, was used to have a control over policing women’s bodies, a mere tool of patriarchal oppressions.

This was practiced by different cultures with a variation for each. Women also had dress codes and its trends were the earliest forms of control over their dressing. Such an example is in relation to the veil they used to distinguish their availability; married from  unmarried ones

Since the days of ancient Rome, women and men’s cloth drapery signified different class hierarchies. This distinction was to communicate to men who they could violate. 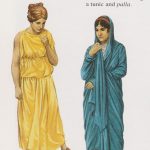 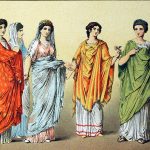 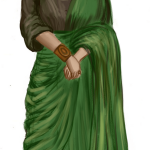 In Mesopotamia, appointed male judicial officers who were elected, were the ones who had to inspect the women’s clothes to ensure they looked chaste in public. At the time, women were veiled. It was during this time where it was the woman’s duty to avoid male attention by shielding her face and body.  This has been generationally passed on up till today, though less obvious. A few hundred years later, the idea of hijab, which translates to “veil” or “seclusion”, was introduced in the Middle East.

In China, bounded feet were an example of a practice that limited women and caused disfiguration and infection, just for the sake or marketability for marriage into well-off families. The condition of her feet meant that her mobility was limited and the option of marrying into a rich family would allow a life of leisure and no work of hard labour.

In the West, corsets were the most well-known fetishes that started becoming popular from the 16th century. It helped create the ideal figure of a woman which also subconsciously limited women in their actions. During this era, women who wore trousers were considered aberrations; an outcast.

However, as much as it was a catalyst of oppression, it has been equally utilised as a revolutionary way for women to be empowered through liberation.

Up until the 19th century, there was no distinction between haute couture and ready-to-wear. All garments made were made-to-measure pieces by seamstresses and dressmakers, dealing directly with the client.

These household dealings came to a halt when storefronts started selling ready-to-wear clothing.

Coco Chanel played a crucial role in the hallmarks of women’s liberation. She almost single-handedly transformed the landscape of womenswear in the 20th century with the infamous Chanel tweed skirt-suit; a more masculine silhouette allowing for greater movements. Coco Chanel donned her own pieces and strut about in her trousers in public, which at the time and up until recently in 2013, prohibited women from wearing trousers. This was in Paris. 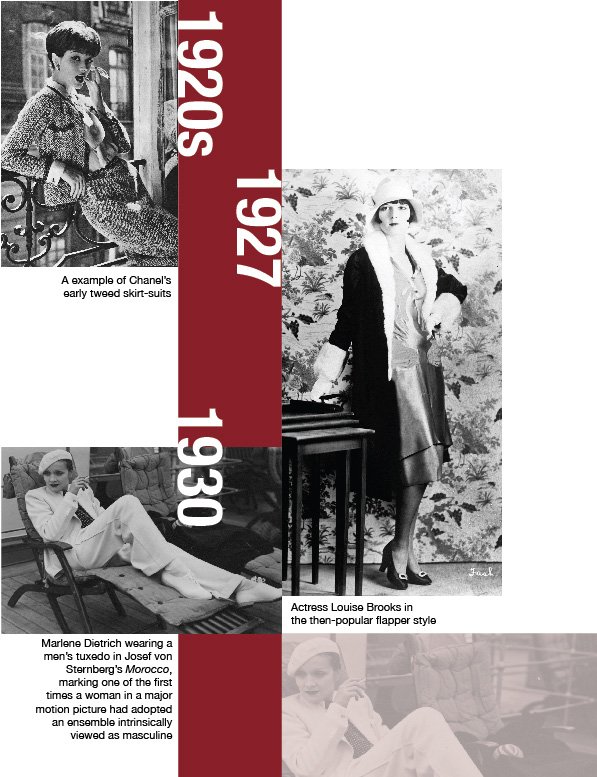 The precedent set by the flappers of the 1920s, the ever-so-popular Hollywood stars like Katherine Hepburn and Marlene Dietrich allowed for the embracement of apparels that were once restricted by modes of propriety. Menswear then became popularised by celebrities and normalised into the woman’s wardrobe.

Diminishing sartorial modesty and propriety became a mission for many women over the years in the 20th century, and the years after. The short labour supply in the Second World War escalated the rights women had. Denim, jumpsuits, boots, and slacks rose in popularity.

The end of the war saw a regression into the traditional gender roles as husbands returned to the workforce and women went back home. This was a period of exaggerated femininity that spurred Christian Dior’s new look of extravagance and glamour; Cinched-in bar jacket, full A-line skirt, etc

YSL introduced their iconic pantsuit for women that incorporated straight-legged trousers, a tailored jacket, an organza shirt, a bow tie and a wide satin belt which readjusted the dress codes for women again, which was not welcomed by many as it broke traditional order.

The 70s and 80s blurred the line between the distinction of menswear and womenswear as powerful suits became stylish and not just a garment to express voice.

The 80s and 90s saw a great exaggeration of femininity and sexuality.

Shortly after, grunge and punk took over in the 90s that normalised flannels, ripped jeans and graphic tees that brings us to many of the casual wear you see around today.  Girly signifiers were spotted by many as well where they donned lace, the colour pink and hearts.

Street style in 2000s was an indicator that showed a more relaxed fashion as compared to before. There is now a plethora of styles for women to choose from. The different feminist movements throughout the years have also brought about a bravery and enlightenment for many women to celebrate their bodies and exude feminine energy through their daily wear in whichever style they deemed suitable.

Although sartorial attachments and propriety in clothing are very much still present where the dictation of a women’s dressing and their bodies are still objectified and frowned upon, we have to acknowledge how far this has come from before.

“A hairstyle made from water, a dress that alters its shape according to sound: these are all possible” – Rachel Stott

As technology takes over and given the fact that it has long been incorporated in couture pieces and even dailywear with the obsessions with techwear, it is inevitable that technology slither its way into the fashion world more and more in years to come.

“Increasingly, we will see digital collections and garments free from physical and creative restrictions become part of the fashion landscape” Stott.

Wearable technology have been popularised by many fashion designers such as Iris Van Harpen and Ying Gao.

The gaming industry will also be having influence as they already are, in the fashion world where the two may influence one another. Projecting fashion through AR vision may also be normalised in the future that will eventually converge digital and physical realms.

However, it is more than likely that fashion will continue to retain its identity as a form of escapism and expression, particularly as planetary conditions get more difficult. (modelled from The Great Depression that saw a great deal of glitz and glamour). Fashion will remain a a reflection of the society, its struggles and its endeavours.

Incorporating culture: eg. How the idea of traditional arabic wear creates anxiety in the modern world/ radiating feminine energy through the idea of hijab or through the emulation of arabesque elements that are not usually celebrated

What is the role, function or purpose of fashion or clothing in the past, now and in the future? Think about current or past cultures, traditions or craft in fashion, clothing or wearables and how can they be applied 30 years from now. Your design should reflect or represent elements of traditional clothings and used as a form of storytelling for potential applications in the near future, i.e. in 2050.

Context of use, purpose & future relation:

Context: The Arab culture, much like many Asian cultures, don’t advocate for mental health. They are still quite backdated in mindsets. A lot of psychological issues are linked to The Evil Eye. Evil Eye is a curse placed by people around you (close or not), when they are envious of you, your lifestyle or the things you’re achieving. Although this is mentioned in the holy scripture, which I do believe, I feel like we should still advocate and provide help for those in dealing with it so that they know they can reach out when they need to. Especially in the current times where mental illnesses are affecting the younger ones as well.

Purpose: I want to help create awareness within the Arab community regarding the risks of mental health and to acknowledge this as an illness, which should be treated and hold the same decree as a physical illness.

Context: Due to the perpetuation of Media, the world in general have made negative formulations of ideas when it comes to the Arabic culture. They tend to associate the garments with those adorned by terrorists. They also view the women as being oppressed due to their “excessive” coverage.

However, Arab women, Muslim or not, adorn traditional garments to celebrate modesty. Unfortunately, the globalised stereotypes are dominating over the real meaning of arabic clothing. It creates a tension and anxiety for the wearer and observer. For the observer, they fear the intentions of the women in traditional clothing of their associations to the despicable terrorist. For the wearer, in this current times where women are attacked for donning their traditional and religious outfits. It definitely creates anxiety when they go out in public.

Purpose: I want to bring awareness to this and celebrate the Arabic culture & heritage. I want to marry Western elements to Arabic elements to unite the two since this tension is more apparent between the Western world and the Arab world. I also want to highlight the feminine energy in the piece since Arab women are understood by outsiders to be oppressed when they are celebrating their own freedom in femininity with modesty.  I want to depict them as demure, soft and pure beings, a stark contrast from their portrayal in the media and the perceptions that some people have formed on them.

Summary: Clothing in the Middle East are a fashion statement just like the West, but it has a stronger social and moral dimension. It reveals things about region, personality, social class, moral values.

Generally, women who don’t don hijabs are considered more open minded and considered to have fewer morals than women who don them. Women with hijab are classified as more religious and have higher moral ground.

In recent years, Western fashion have crept into Middle Eastern fashion and result in loss of cultural identity in time to come. Though many countries have adopted western fashion, there are some who still hold on to their traditional attires like Saudi Arabia and Yemen.

*BOLDED ONES are to be used in the final

Silk Organza – I wanted a more flowy silhouette to play with the idea of femininity which to me means soft, demure and more romantic textiles. In addition, the silk organza plays with the idea of projecting a false front for someone dealing with anxiety which brings the context in as well. Anxiety looks calm and normal from the outside but for the person dealing with it, internally, it is hectic. Hence, by using silk organza, it projects out that concept of putting up a false front. The hectic feedback that happens internally, will be projected through the technology part of the dress instead of the silhouette.

Application of lace as applique

Pulse sensor will trigger the Lilypad LEDs. 3 readings are set on loop, Slow, Medium and Fast Heartbeat. The LED will blink in sync with the  heartbeat of the wearer and the sound of the heartbeat that is pre-recorded will be played according to the triggers. 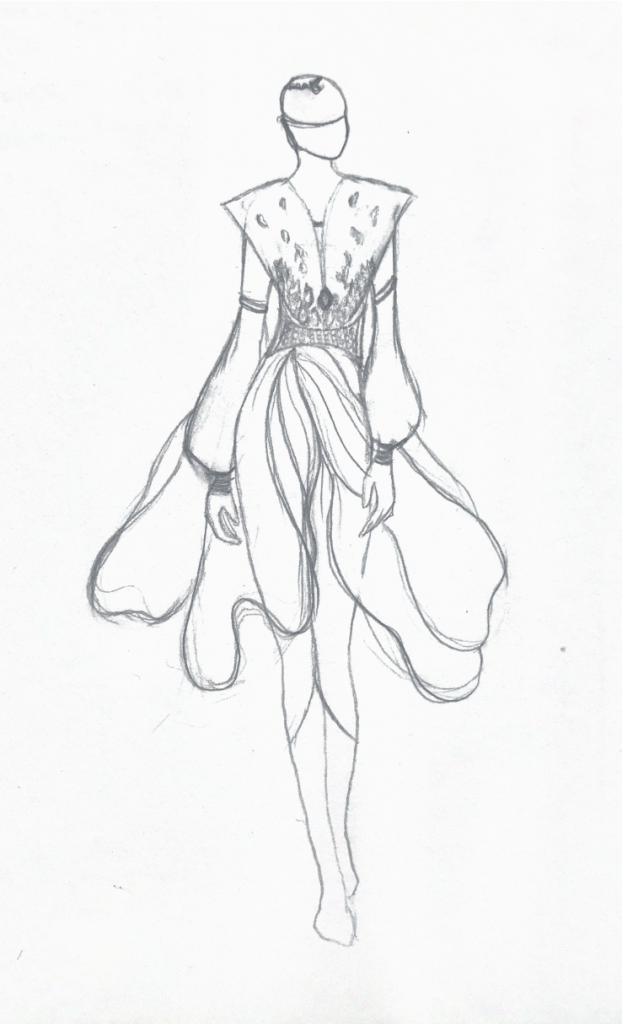 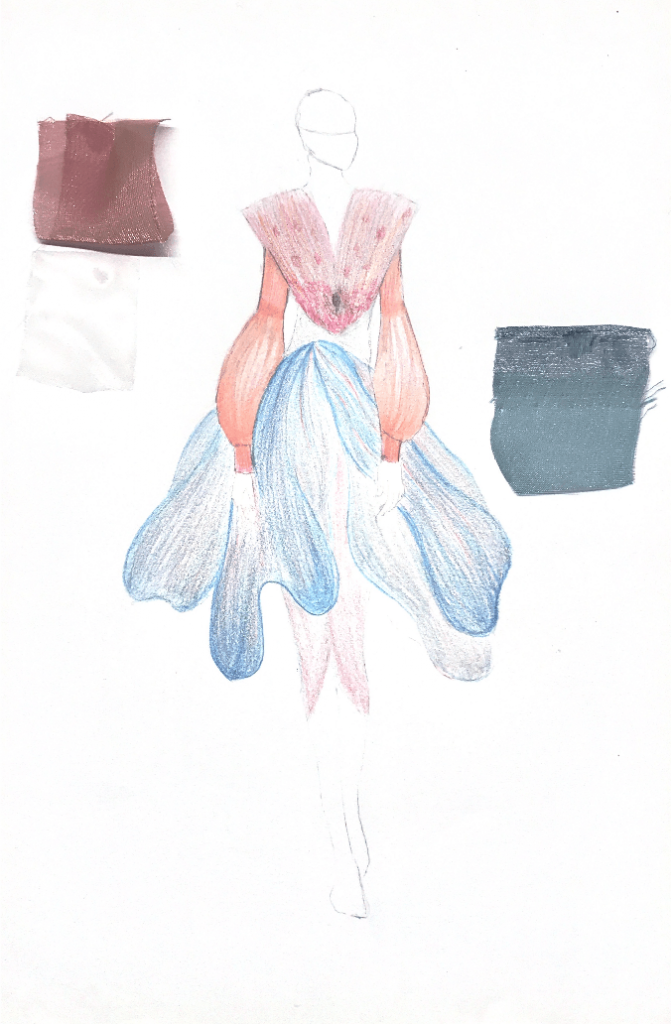