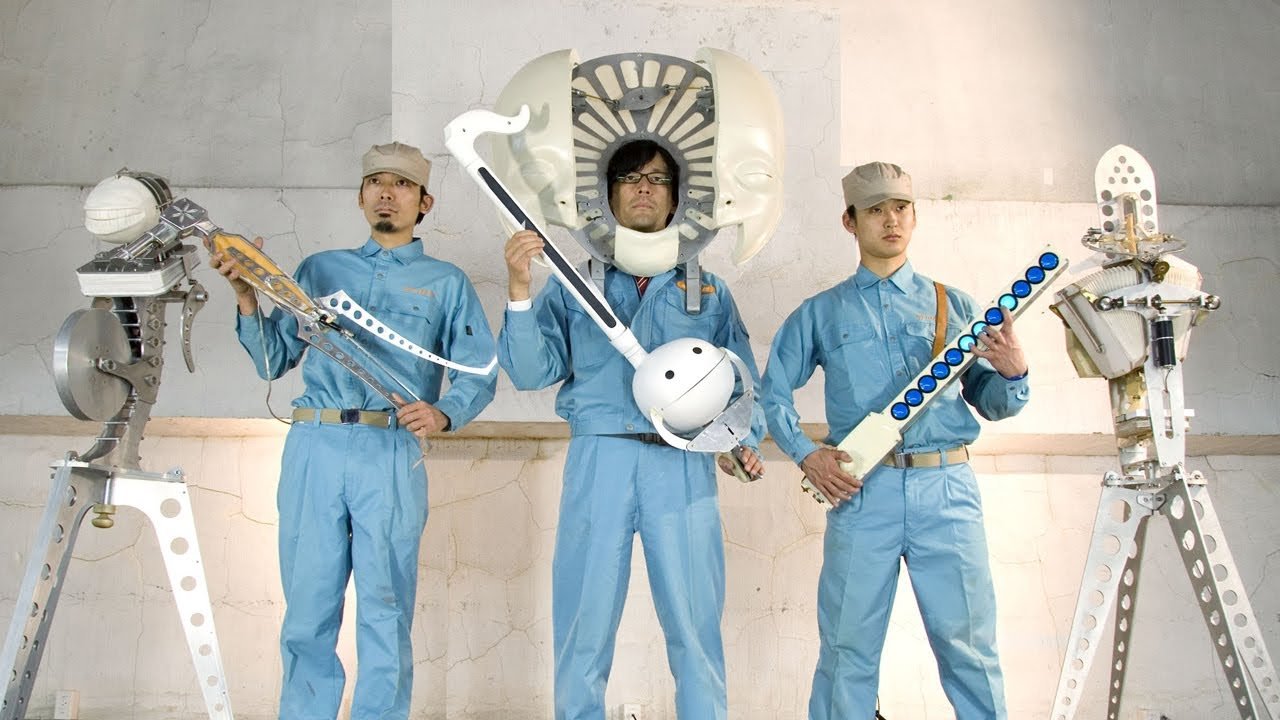 Limiting one’s creative scope and conforming to the industry’s standards all comes within the territory of being an employable designer. Be it graphics, fashion, film or products, the main goal is to have a deliverable that can cater and sell to the masses. The main issue here is the fact that designers see the marketplace as the only outlet to channel their works and that translates to creating products that can be mass produced to generate profits from the marketplace.  In addition to that, the lack of funding for designs that challenge the industry’s critical requirements are dismissed due to its niche nature. This therefore, puts designers in a tough position since success is determined by the valuation of their products.

However, with massive technological advancements over the years, rarely do we come across electronics that serves a purpose other than to satisfy physical needs of the masses. Film is a form of art but if you stop to ponder, you will soon realise how emotionally attached this form of art is. Design is exactly that. It requires idealogical-process thinking and challenging the mind to develop emotional connections with the objects. Of course, there is a need to make functional designs but that is what engineers do. What separates a designer from an engineer is their ability to effectively deliver a message with a design. One that is thought-provoking, therefore forcing change. In a social context, the aim industry of the design industry at the moment and what it has been for decades, is the churning out of products that is “smaller, faster, different, better,” Dunne, A. & Raby, F. (2001). The Secret Life of Electronic Objects. Birkhauser.

There is a gap to be bridged in the market for such designs to be purposeful and this is through the concept of Critical Design. Although it may not be widely accepted, the purpose of the nature of these designs are of such; to challenge social norms, question political impacts and generate change for progression, and this goes beyond physical change.

Critical design challenges the norm and pushes boundaries to provoke thought and instigate debate, without exercising the industry’s requirements to create a design that is marketable and commercially functional.

A way to go about this is to pose as a corporation rather than producing these ideas as an individual entity. The reason being that, “corporations have a bigger influence on reality than government, and buying power is more important than voting power.“Dunne, A. & Raby, F. (2001). The Secret Life of Electronic Objects. Birkhauser.

That in itself, is a true manifestation of the concept of power and politics of corporations. One is more likely to accept ideas of a whole corporation rather than a single artist who seems like he or she is experimenting with design which will more likely than not, be looked at as fine arts; something that is already so detached from the mass market consumption. 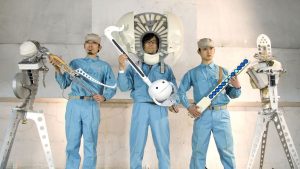 Maywa Denki posing with some of their products, Nobumichi Tosa, founder (middle)

One of the most iconic and extensive example is Maywa Denki. A perfect blend of art and corporate culture, it is originally founded by two brothers, Nobumichi and Masamichi Tosa. Nobumichi is now the sole president of Maywa Denki.  They describe themselves as ‘parallel world electricians’ and aptly so. They generated an apprehensive take on a corporation by producing a profile that explained the company’s activities for potential job applicants.

Maywa Denki was named after their father’s s electrical equipment factory that went bankrupt in 1979. “As a parody of a small manufacturer, it describes itself as “an electric company in a parallel world.” The nonsense machines are its “art resource” products; its performances provide “mass promotion;” and its “mass production”. Yamada, M. (2018). Twenty-five years in the company of Maywa Denki.  Japan Times, Japan. 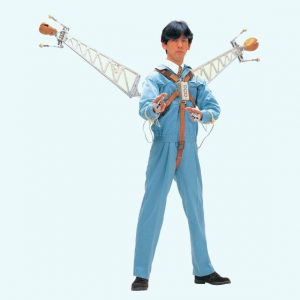 For the purpose of this essay, I am going to focus on the invention of Pachi-Moku. As former musicians signed with Sony Music Entertainment, it is not surprising that they fused music into their inventions. Pachi-Moku being one of the most well-known inventions by Maywa Denki, is their take on mechanical musical instruments.

On the surface, it may seem silly to some when Nobumichi performs his brilliant work of art. However, through interviews and talks, the essence of his work is clearly motivated by challenging the norm and refusal to conform. In his TED Talk, he provided the example of aircraft starting off as a ‘nonsense machine’ because back then, no one would have believed of a flying vehicle. But since then, it’s become a norm and no longer seen as a ‘nonsense machine’. He also highlighted the difference between art’s ‘nonsense machines’ and engineering ones. Art’s nonsense machines however, involved the unexplained ideas to become the main focus of the concept, something that ‘Can never be explained by humans. That is the reason why art transcends time and moves us.’ This is essentially what critical design is. Maywa Denki places emphasis on ‘displaying rather than expressing.’

Through this, he allows the audience and the general public to experience his work and causes them to reflect upon why such things were created. This generated emotions within the audiences as well and spurt discussions amongst the designers in the industry as well.

Maywa Denki functions on the concept of “Mass-Pros’s”. Namely, Mass-Production and Mass Promotion. Mass Production is self-explanatory where products are created for the purpose of selling to the public. 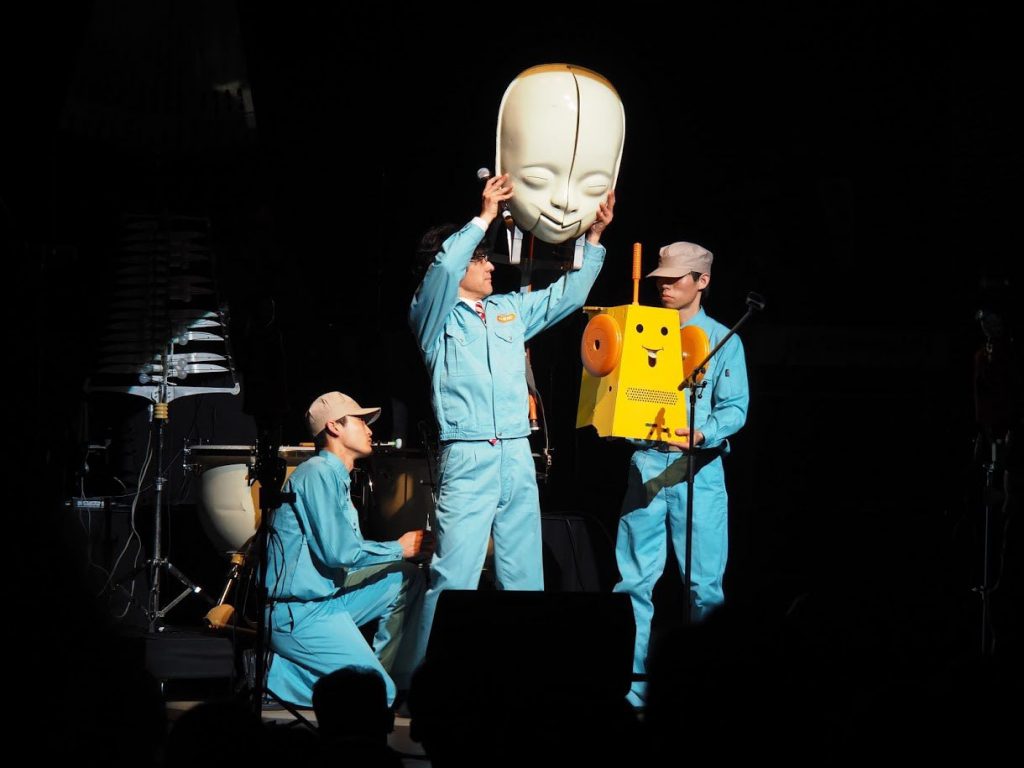 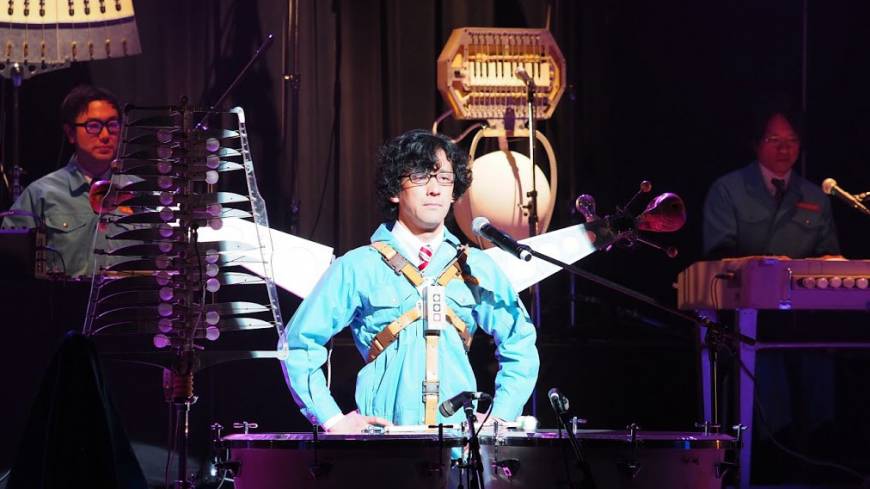 In comparison, Mass Promotion is done through the live performances they conduct, globally where the demonstrate the use of their instruments, challenging the idea of musician celebrities who charge high prices for their tickets and sell them to those with a high education and are wealthy. In contrast, Maywa Denki’s idea of art is to sell art to a large public, making it more accessible to the masses to share the idea of their art instead of ripping them off for large profits. Instead, mainly to supply their design cycle.

Therefore, an importance should be placed on critical design instead of treating it as an after-thought, like it is currently. The purpose of this essay is not to downplay or criticise the industry’s current design ideology. Rather, it is to shed light and shift the focus on the urgent importance on Critical Design. The idea of it is to go against the conventional supply-demand product design and instead, to take an alternative approach to adopt a design process that could take an effect on the future of design. Critical design stretches the ability of the design process to its full potential and not just focus on the current needs of the masses. Inclusion and experimentation of concepts through Critical Design could lead to new inventions being created that could change the social, political and economic standpoint of the current. It helps to “promote this enlightening quality of critical design,”. Jakobsone, L. (2017). Critical Design As Approach To Next Thinking. Sapienza University of Rome, Italy.

If we refuse to challenge the current industry norm as designers, would the world of design remain stagnant and emotionless? A single person would not make a difference but a community of designers, collectively, could challenge the industry to provide a balance of functionality, practicality as well as expression.