After Task 1A of information gathering through secondary research, I went on to do primary research through designing of questionnaire in the form of an online survey.

I made sure to make some questions that were slightly more subjective to be open-ended so that users taking the test could make their own choices as to how to answer the question. It also allowed me to gain more insights to their thoughts instead of static yes/no answers.

There were also some opinion questions that I made optional to give users the ability to opt out of answering if they were not comfortable with it since it was a sensitive topic.

Given the above,  I designed my questionnaire to make it very objective instead of subjective. Therefore, my questions were straight to the point and precise. I had a total of 16 questions and I provided context for certain terms or words that I used that may or may not be familiar to the people taking the  test

After receiving a few feedback from my peers and some users who took the tests, there were a couple of people who felt that the questionnaire was borderline targeted to “demean” the majority race. Although that was never my intention, moving forward, I will take that into consideration to offer warm up questions first before touching deeper into the subjects for the upcoming deliverables. Having said that, I do want my deliverables to be highly objective and slightly controversial to provoke thought and spark conversations.

Here are the results to my findings: 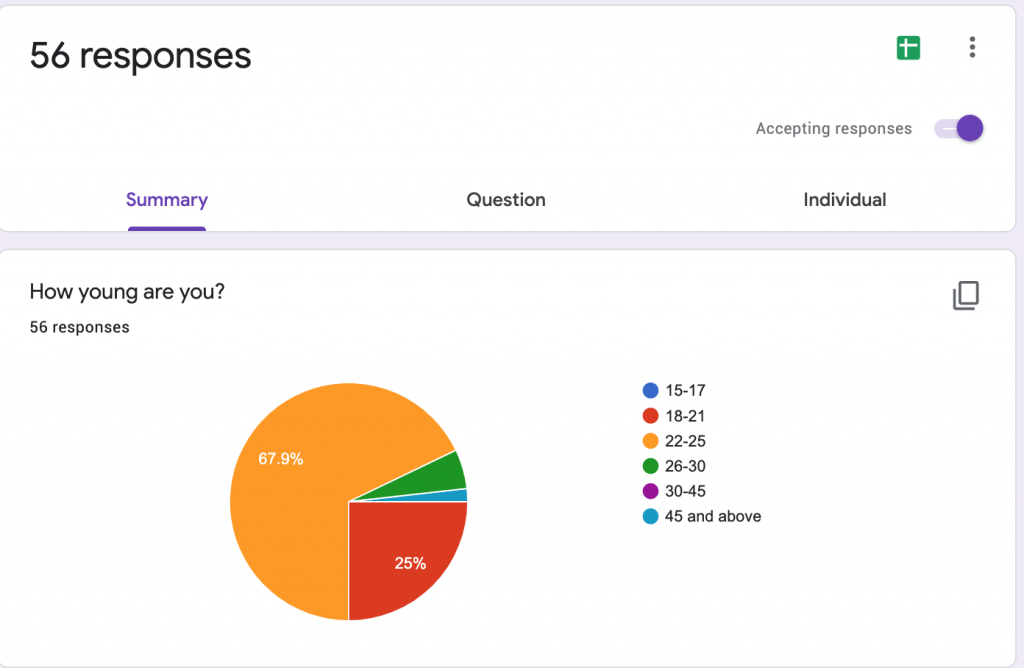 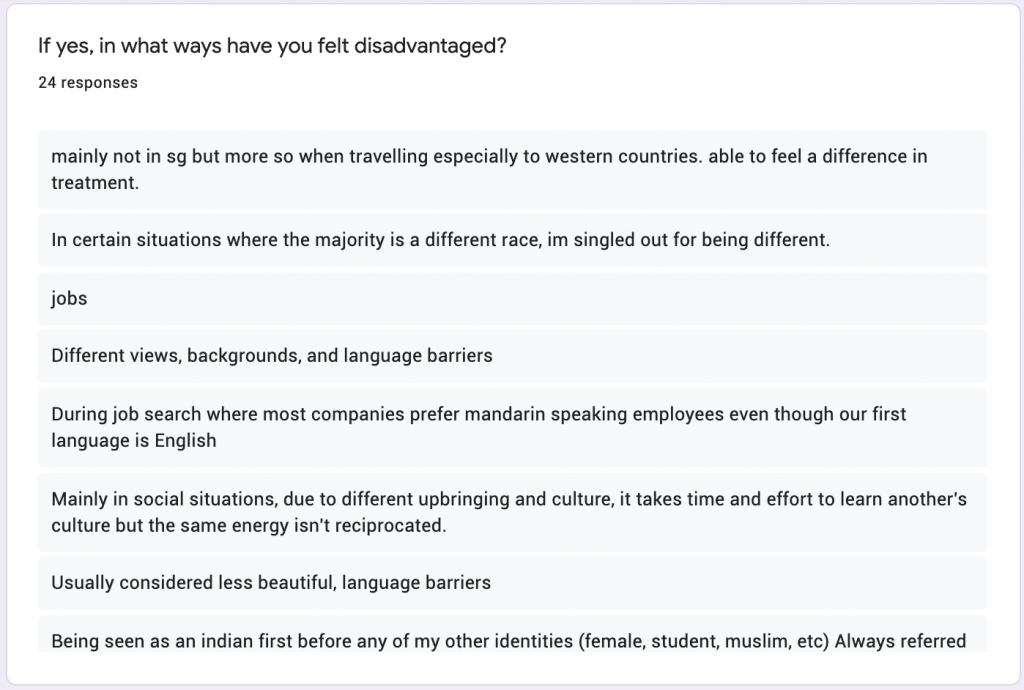 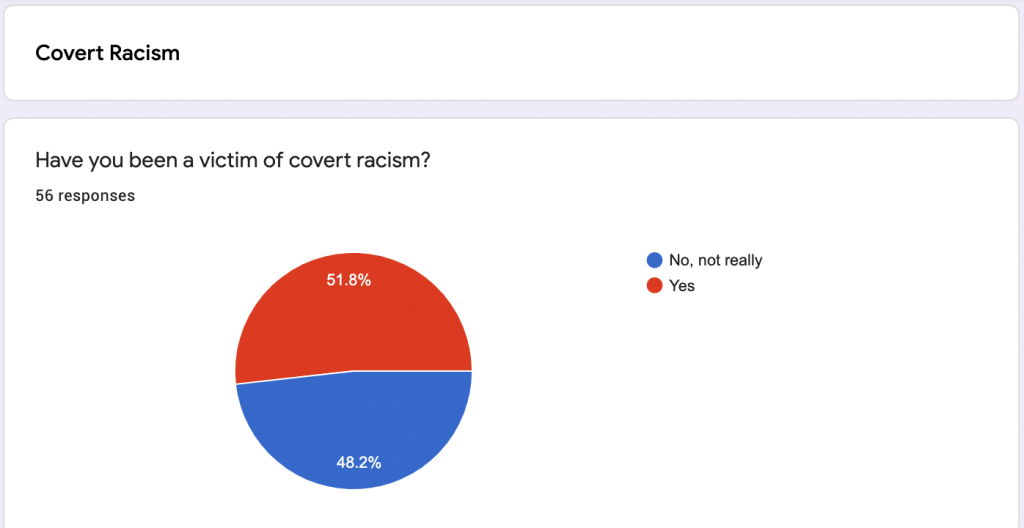 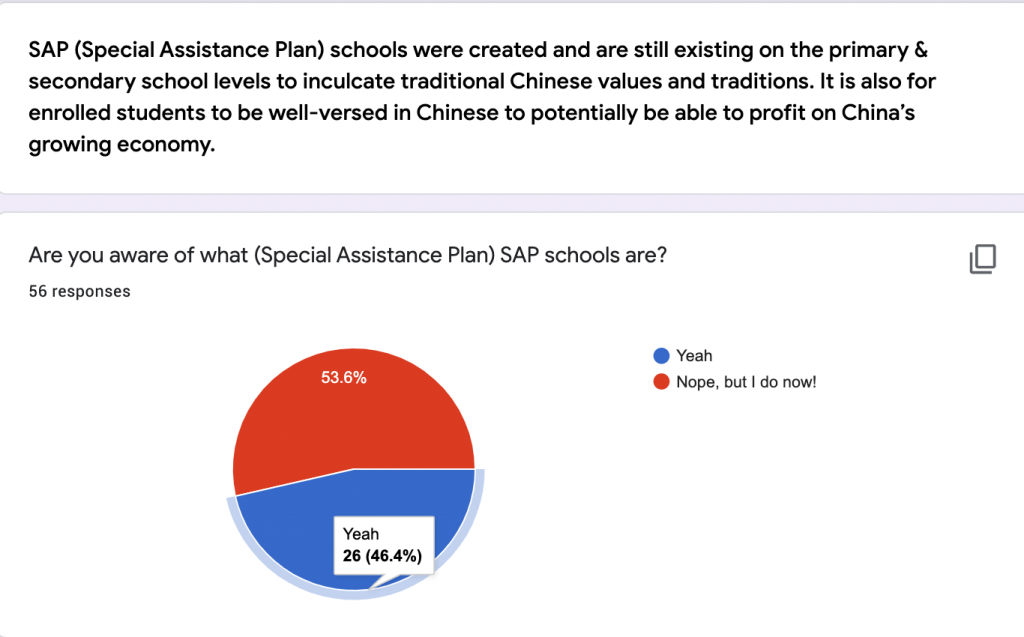 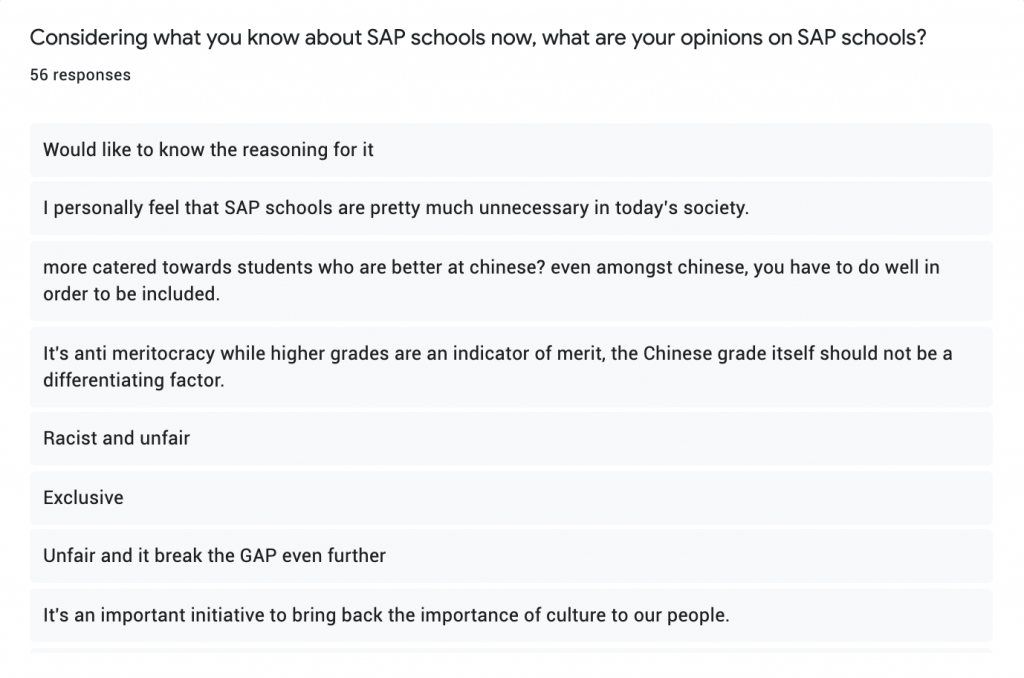 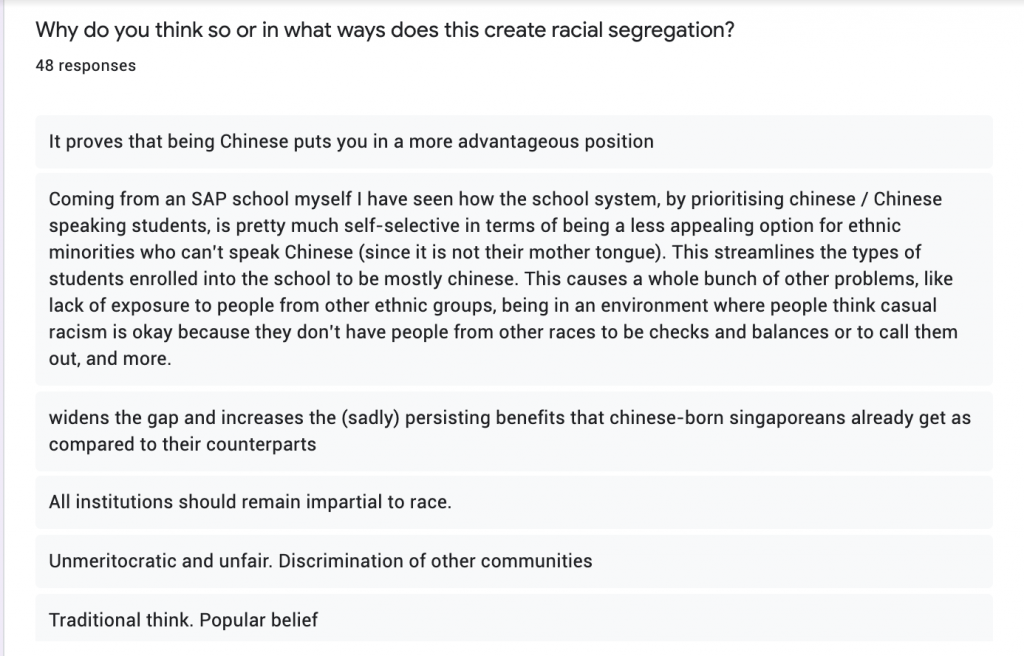 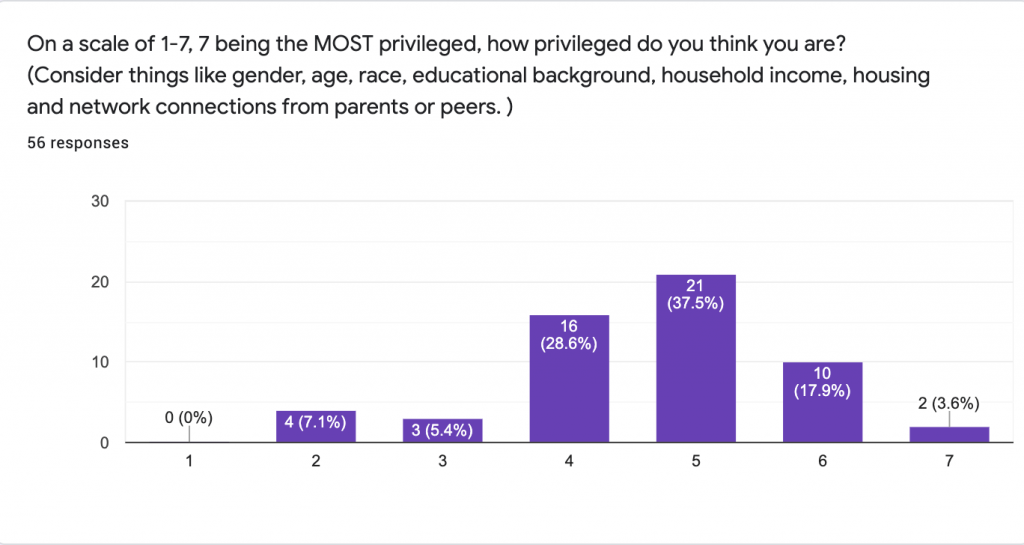 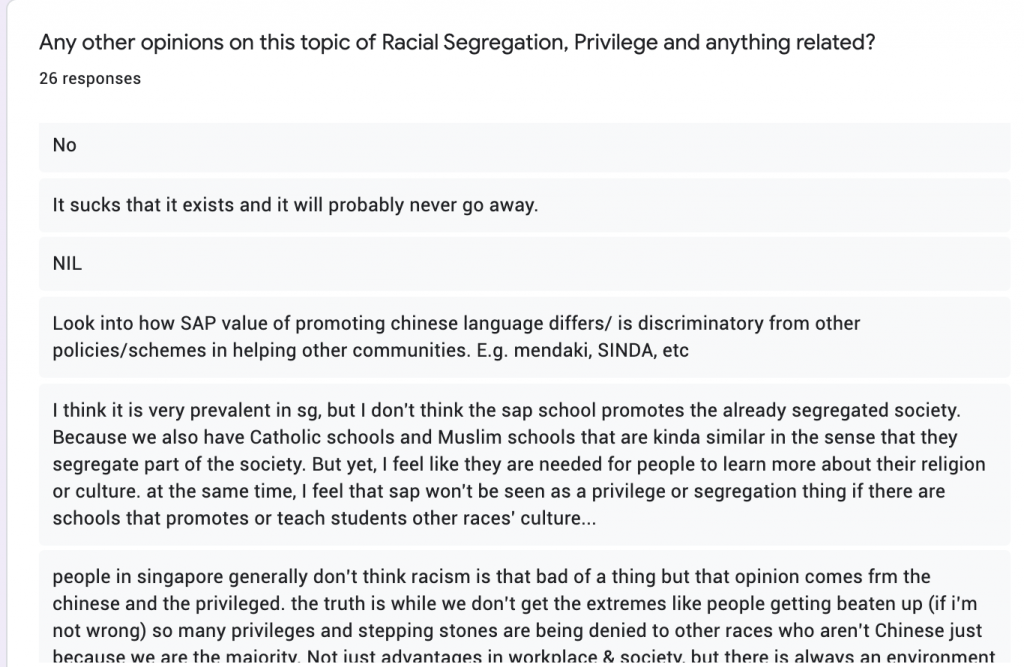 I discovered that not many were aware regarding the SAP school rulings of bonus points for Higher Chinese students. Quite a large number of people shared their sentiments regarding that and discrimination & ethnic privilege in general. There were some who do admit that racism is prevalent but not acknowledged by many and termed as racism, rather, a stereotype.

The responses of being underrepresented or being a victim of covert racism divided the respondents by almost half which was a little surprising as I thought those numbers would have a significant difference. I am assuming it’s because I did not oversample the minority races who took the test.

Therefore, in general, I’ve learnt that people are generally open to discussions in regards to this topic, especially so for the younger generation which is going to be the targeted group for this project campaign as they are the future of Singapore and will be able to make major differences in the coming years.