The narrative about Jurong I was most inclined to touch on is the story of Nanyang (Nantah) University, a school that once stood in the place that NTU now stands in. I chose this narrative as I was very drawn in by the eminent ‘Nantah Spirit’ that distinguished Nantah alumni from the rest and helped make their mark in history. 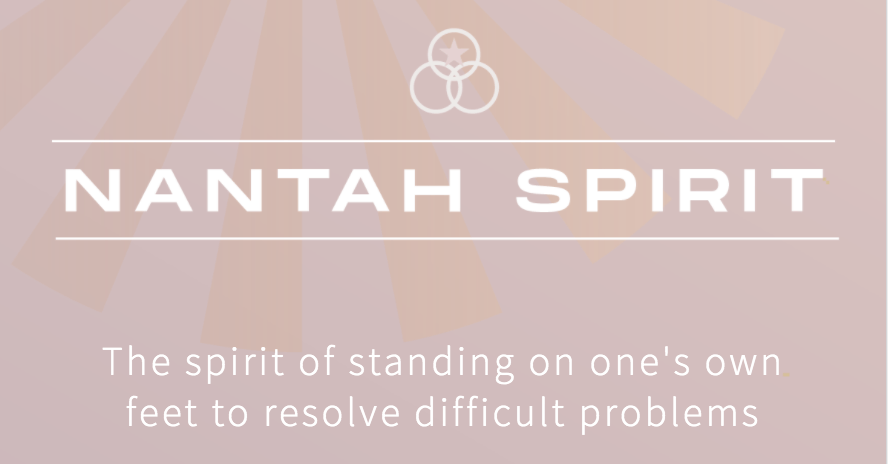 It was the spirit of people and students who had repeatedly shown resilience and loyalty in the face of repeated tries from the government and others to bring down their name and had military and police personnel barging into the school under the accusation of “communist subversive activities.”

As I was reading up on Nantah, I had two main forms of sources.

One was the book ‘My Nantah Story’ by Tan Kok Chiang, where he speaks up about the lesser known stories from the days of when he was a student/stories from other alumni or prominent people whose side of history has not been explored as much as in mainstream media. And of course, the other sources were all past news articles written about happenings, or summaries from the national library site.

The main challenge in the type of narrative I was going to present is that it was more of a story, which means that certain information did have to be told in a linear manner, where facts could not differ or be altered. Therefore, my method had to be something that allowed facts and happenings to be relayed to the audience in an interesting manner with little they can do to alter those information. But it also had to include interactive possibilities for them to reveal the different sides to the different peoples’ stories and for the player(s) to feel like they are part of the story as well.

Before I could continue, the game concept and overarching aims had to be laid out clearly. Since I did want to convey the idea of ‘Nantah Spirit’, I thought that having the story played out from the perspective of a Nantah student made sense. 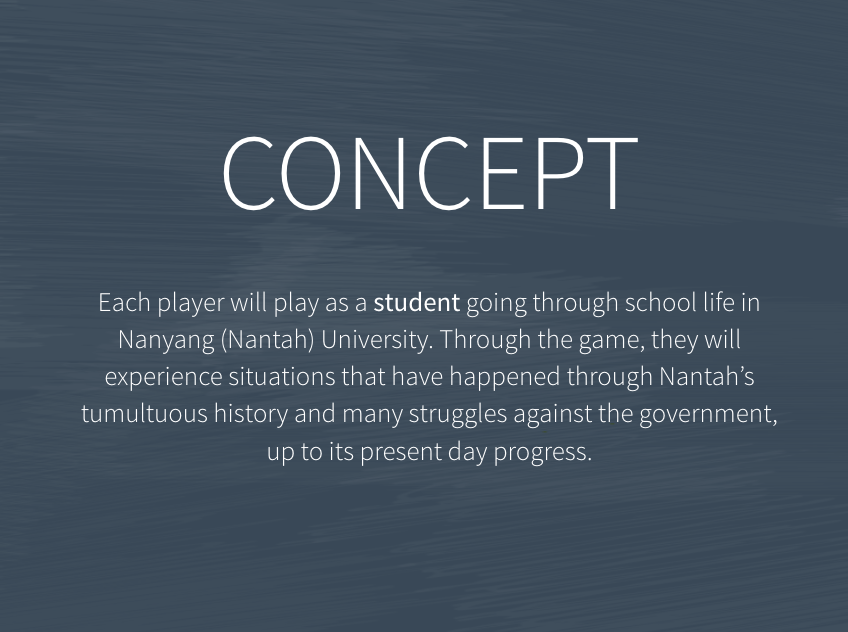 There were many sides of the story that I could approach from, because of all the different sides played into it. Nantah’s history was not just about understanding Nantah but also the heightened political tension at that period of time: with Singapore fighting to gain independence from the British colonial rule after World War 2, as well as the relationship that Singapore had with the Federation of Malaya, united by their resolve to stop the violence spread by communist parties e.g. Malayan Communist Party that led to its merger.

This history was essential in understanding the reasons behind the government’s fight to prevent any communist agendas from spreading amongst people in Singapore, of which Nantah seemed to be one of more prominent target to take down, because of what Nantah stood for: the dilution of the colonial’s rule and a potential political ground for left-winged supporters. However, I had to remember that it was not easy to encompass all of this into a singular game without overwhelming/boring the player and therefore I had to keep in mind that my priority was on Nantah. 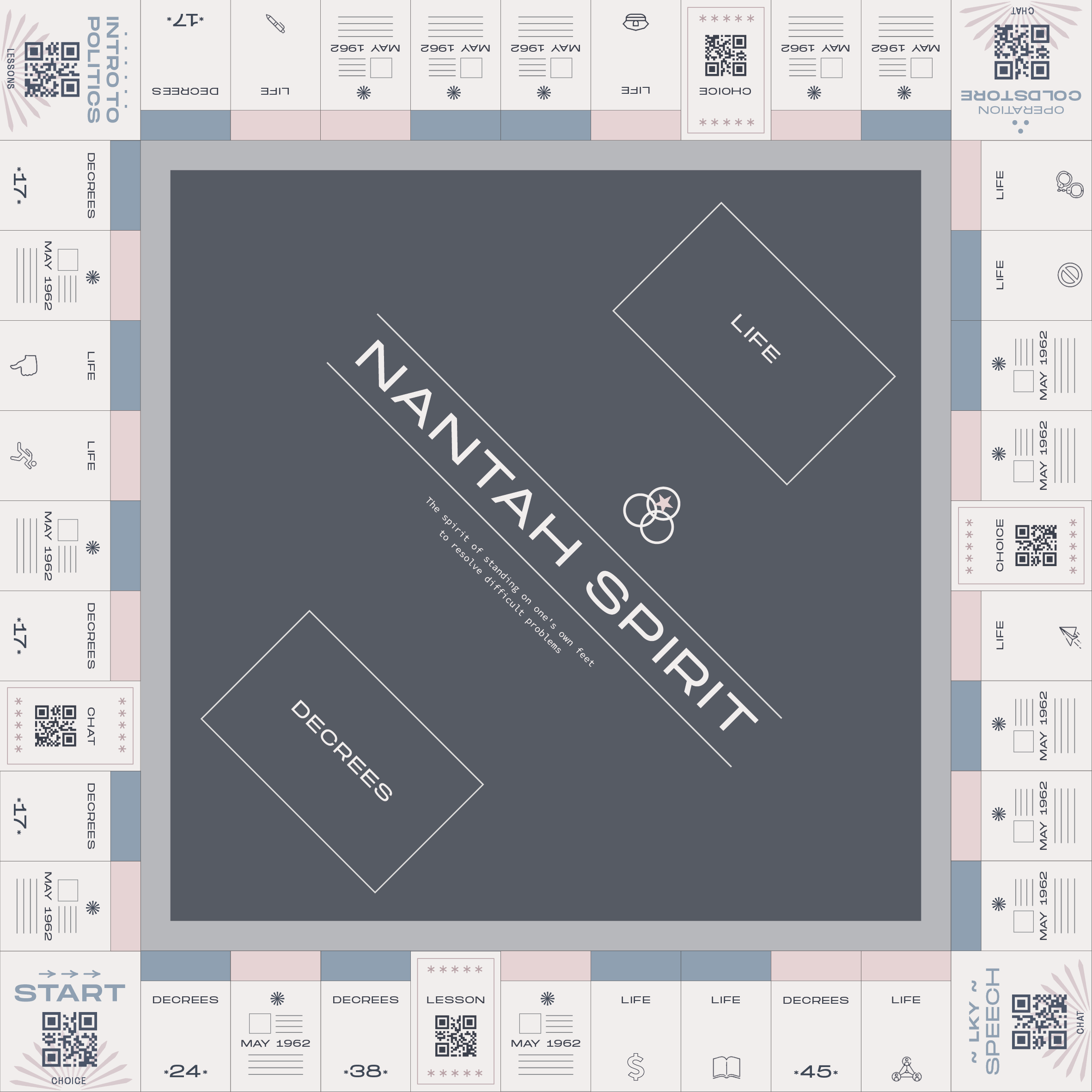 I enjoy the idea of gamification very much, especially when it comes to the telling of stories. The board game, specifically in the shape of Monopoly, was chosen because of its ability to allow for passive information, as well as active interaction with the help of QR codes > online sites that allowed them to make choices, and the friendly competition between the two players.

However, I thought that many elements of the board game was best communicated when played in real life, which was not possible due to the Circuit Breaker imposed, and therefore I had to edit my concept to something more ‘online-friendly’. My next idea was an online interactive choices story just because my original idea already had several online scenes.

To break down my game, it was split into 5 different components that relayed different types of information in different ways. Shown below was the room, where the player could access each component from. 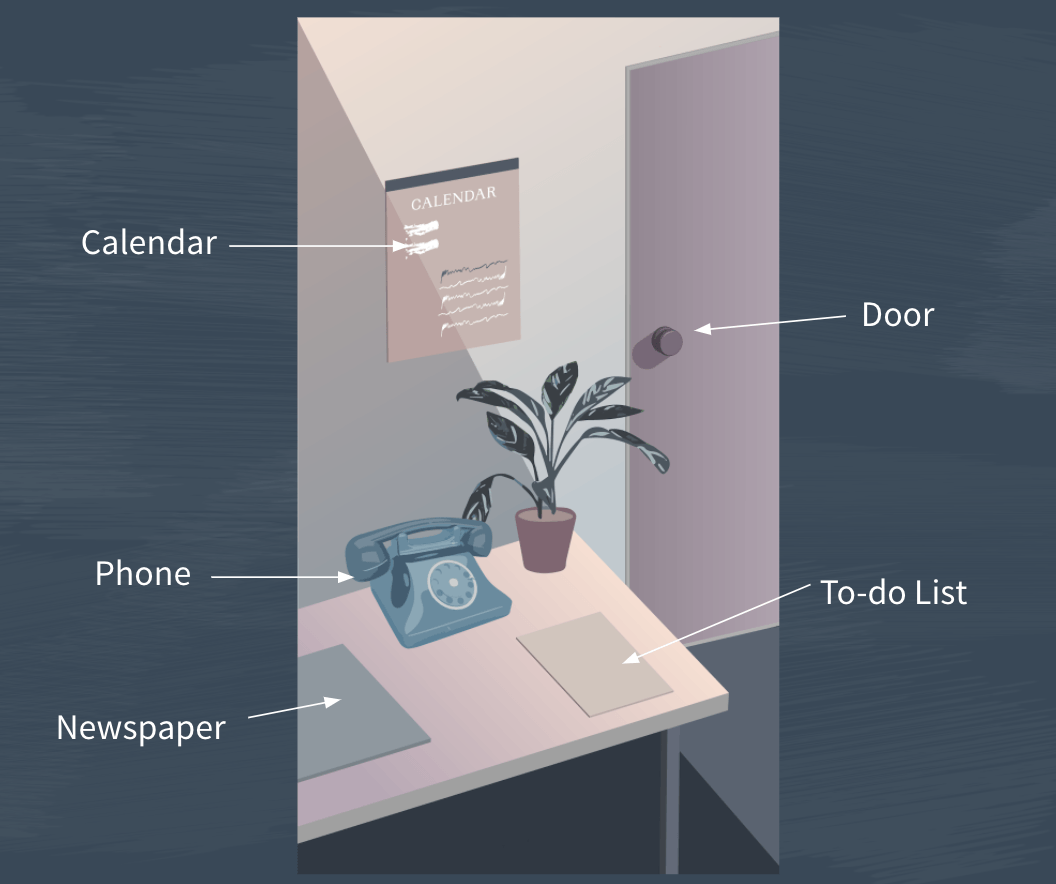 These were the 5 components: 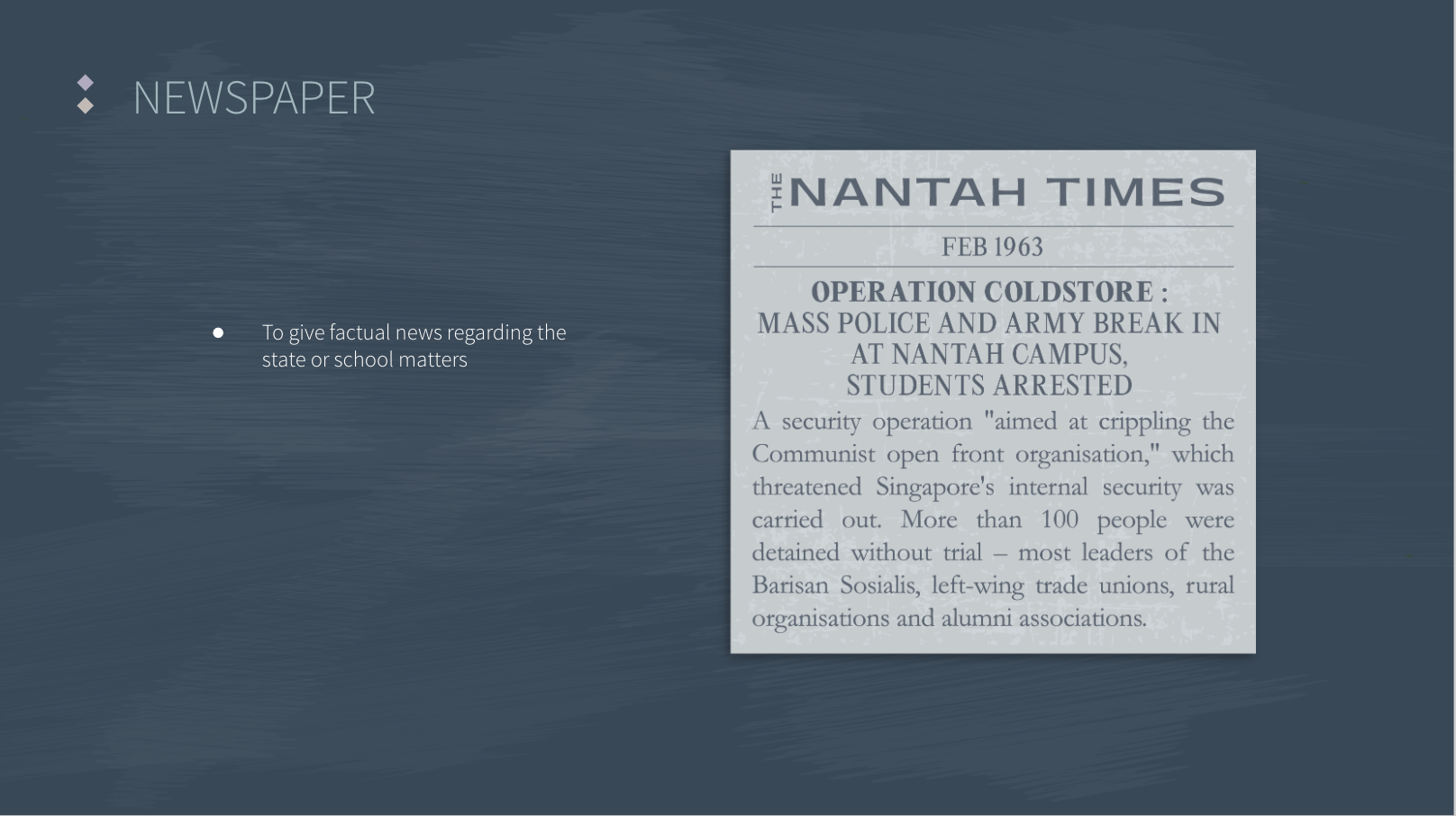 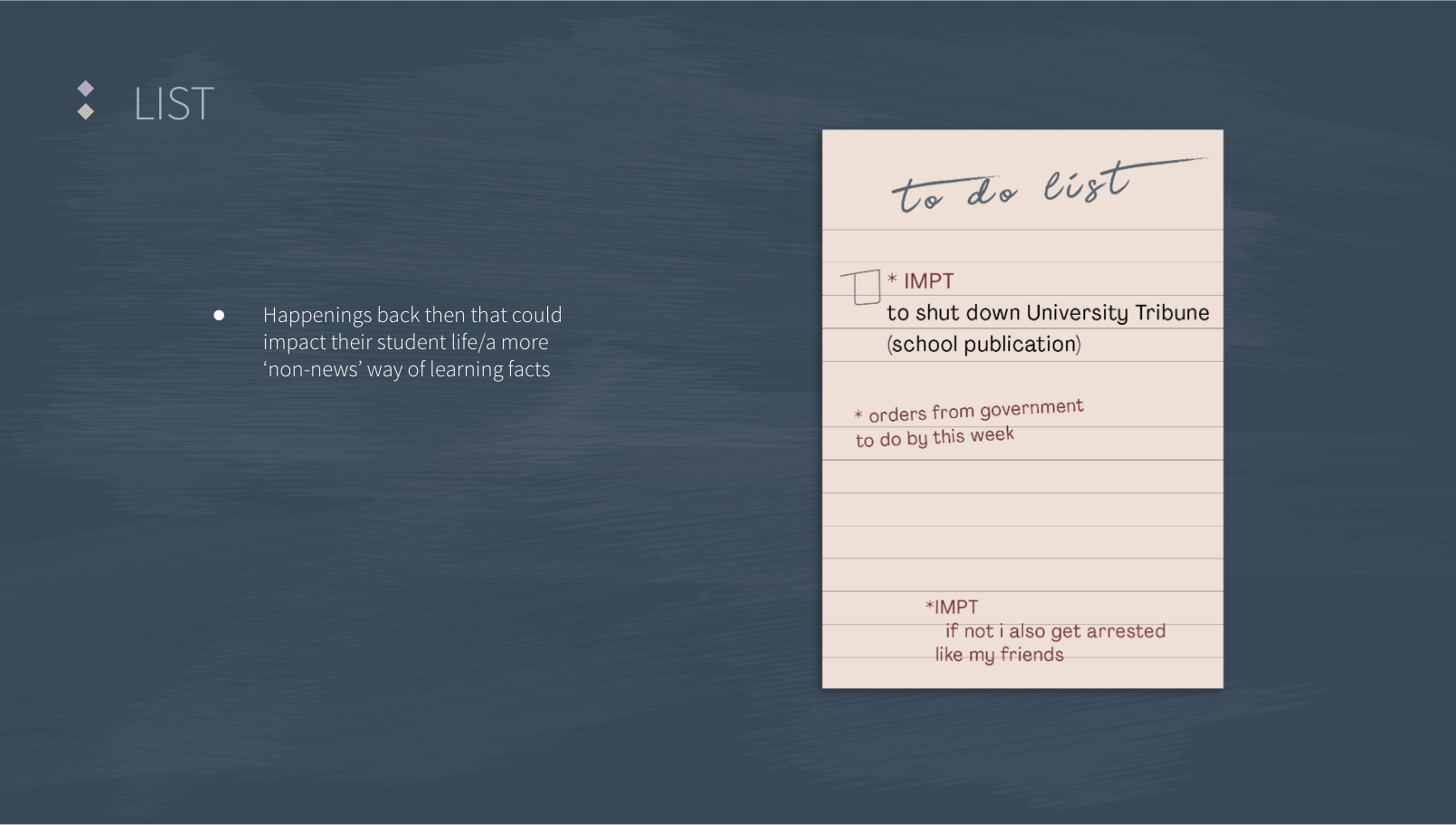 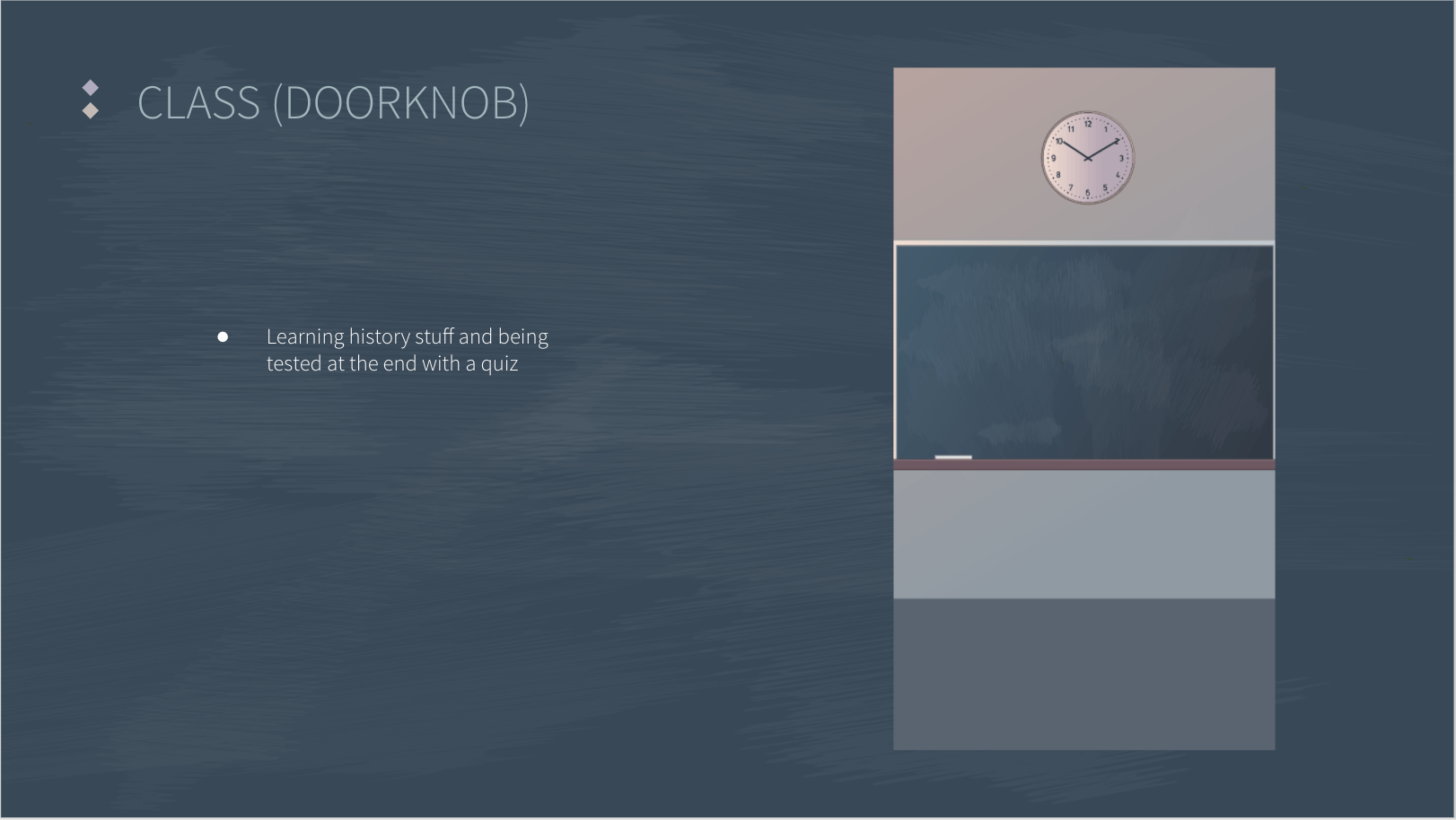 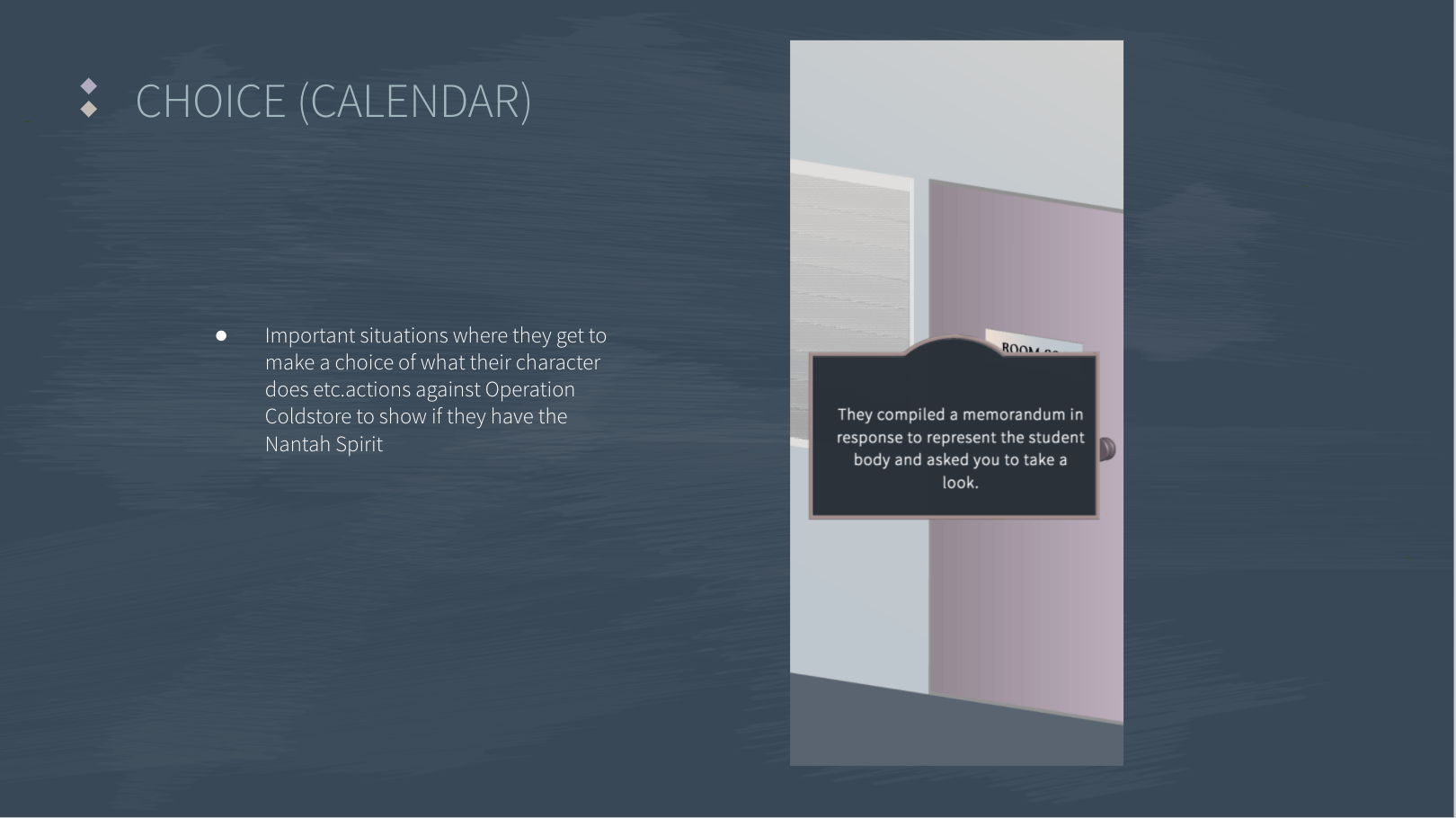 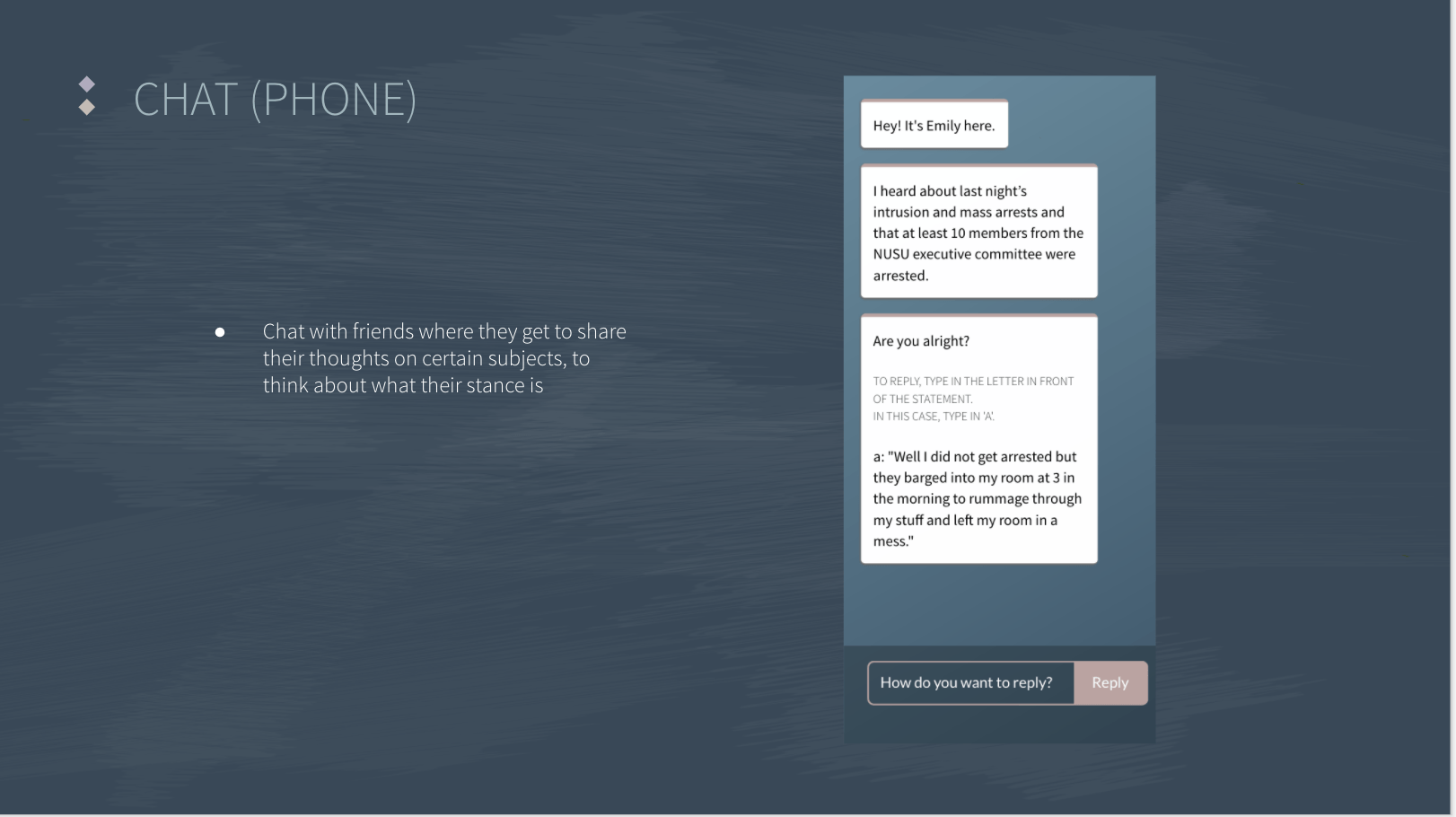 Here is how each component was used to carry out the intended storyline: 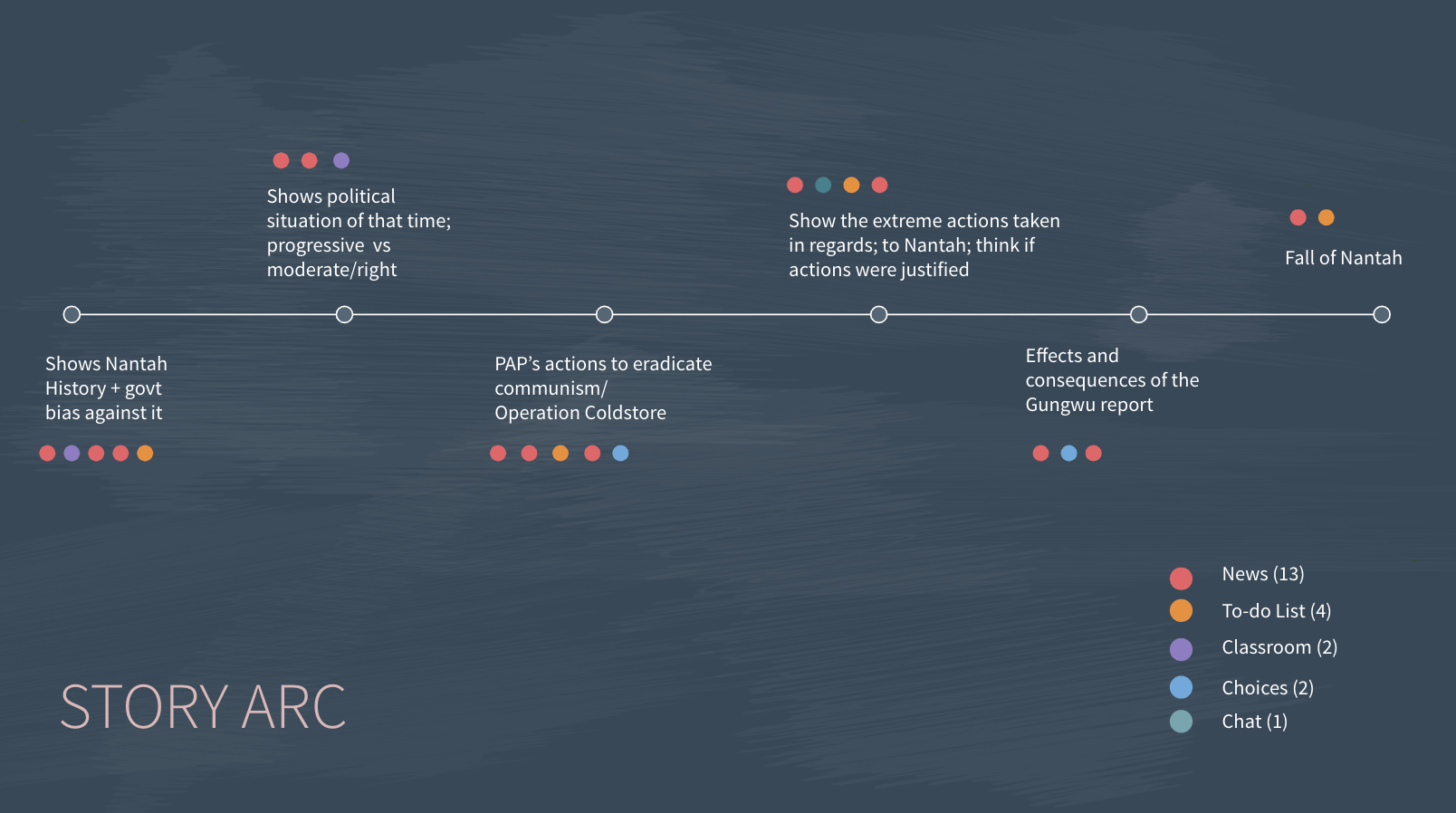 I coded them all using HTML, CSS and Javascript, as well as mapped out different outcomes that happened according to the choices they made in the game.