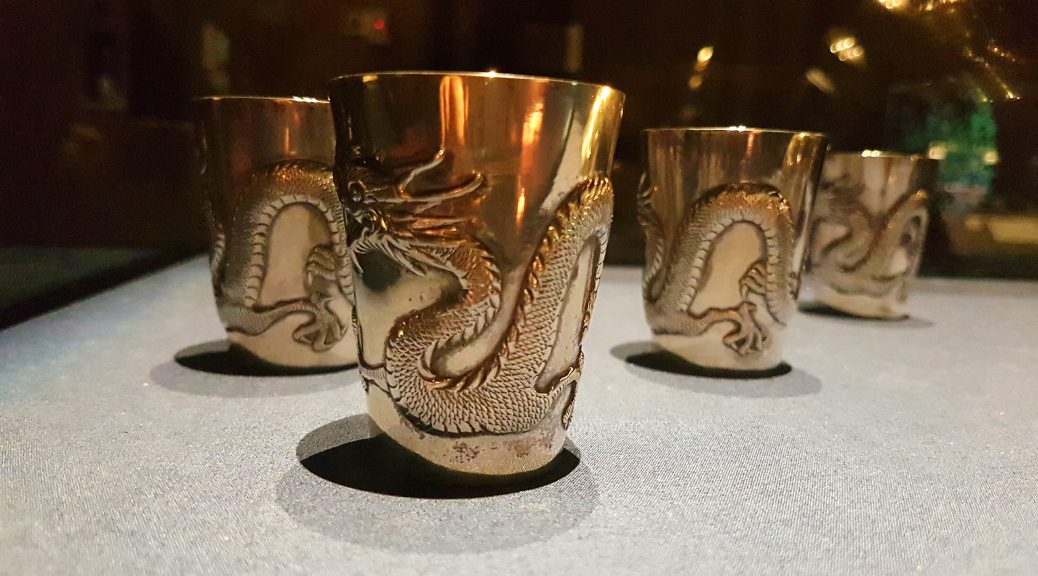 This week we visited the Modern Colony exhibition at the National Museum of Singapore. It featured many local everyday objects such as clothing, entertainment, household items and furniture from 1925 – 1935 used by people of different socio-economic classes. This decade can be viewed as a turning point in culture amalgamation as well as women’s rights and education. Together, these various objects represent the rich visual and material culture of early 20th century Singapore which was then a fast-developing cosmopolitan city.

During this decade, there seems to be a general stylistic preference for ornamental and intricate details. Floral and curvilinear motifs were popular choices to decorate furniture, lights and vases (either painted on flat or attached). There was also a focus on handicraft and embroidery during this period. This contrasts with today’s more minimal aesthetics which lean towards clean lines and crisp shapes.

I really like these decorative lamp shapes and vases. Their fluted rims resemble flowers. The firm glass contrasts with the fluid folds. The colours are also applied in gradient.

Many of the objects on display illustrate the dichotomy between east and west in the pre-war British colony of Singapore. These two influences are seen in clothing, shoes and household items, especially from wealthier households.

Although traditional bound feet shoes (centre) were very pretty, they hindered movement and resulted in many women staying at home. By the 1920s, they were replaced by these exquisitely embroidered high-heeled shoes which were favoured by the modern women in Singapore.

These shoes did not hinder movement and conversely were used for social and ballroom dancing. This change reflects the evolving role of women at the time and their increasing rights and freedom.

Furthermore, these shoes represent the combination of eastern and western influences, a hallmark of the cosmopolitan city. The designer appropriated style elements from the east and west and applied them to a pair of shoes as seen by the frilly bow (western) and embroidered peony (Chinese) on the toe caps.

Household and luxury items also reflect this blend of East and West such as this golden cocktail shaker and beakers with a four-clawed dragon chasing a pearl. The cocktail shaker, originally an invention of western culture,  is here remade with Chinese aesthetic elements and motifs.