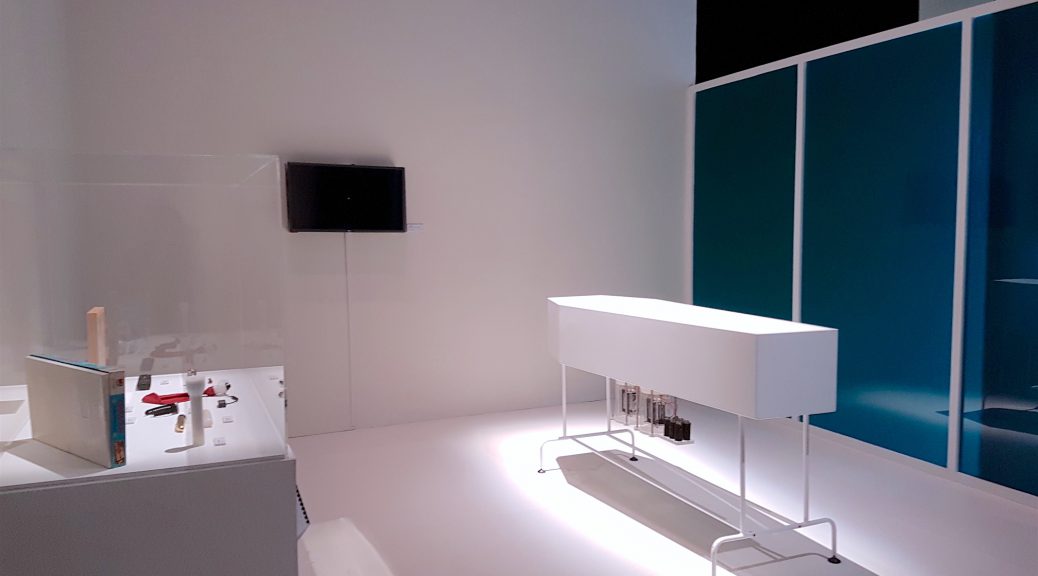 Visiting the Human+ exhibit was very enjoyable and thought-provoking. Many of the works present possibilities for the way we may live and work in the future. My takeaway from the exhibition is that it invites viewers to ponder about the implications of rapid technological development, and how it alters our relationship with technology. 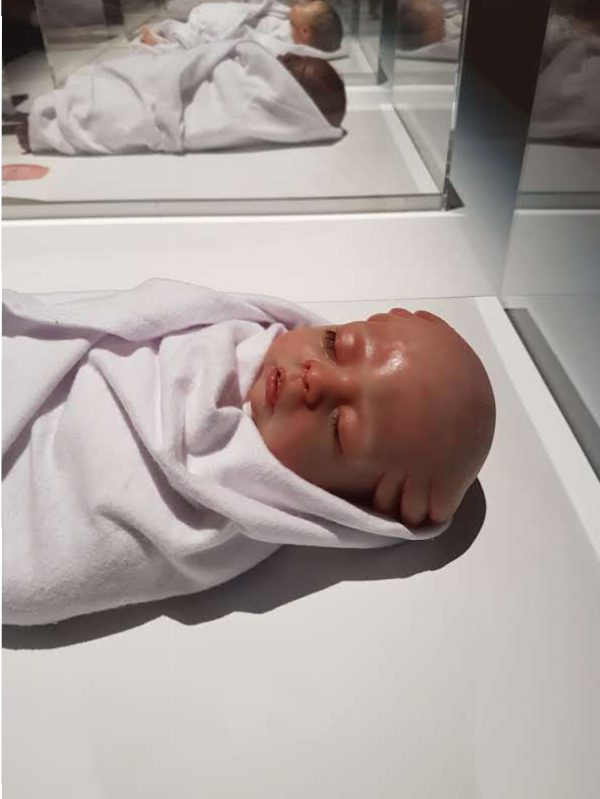 One of the works which caught my eye was Afterlife by design duo James Auger and Jimmy Loizeau. Afterlife is a speculative art installation which proposes an alternative life after death. It details how the remaining energy from dead bodies can be transformed into batteries, which can then be used by loved ones after one’s passing. 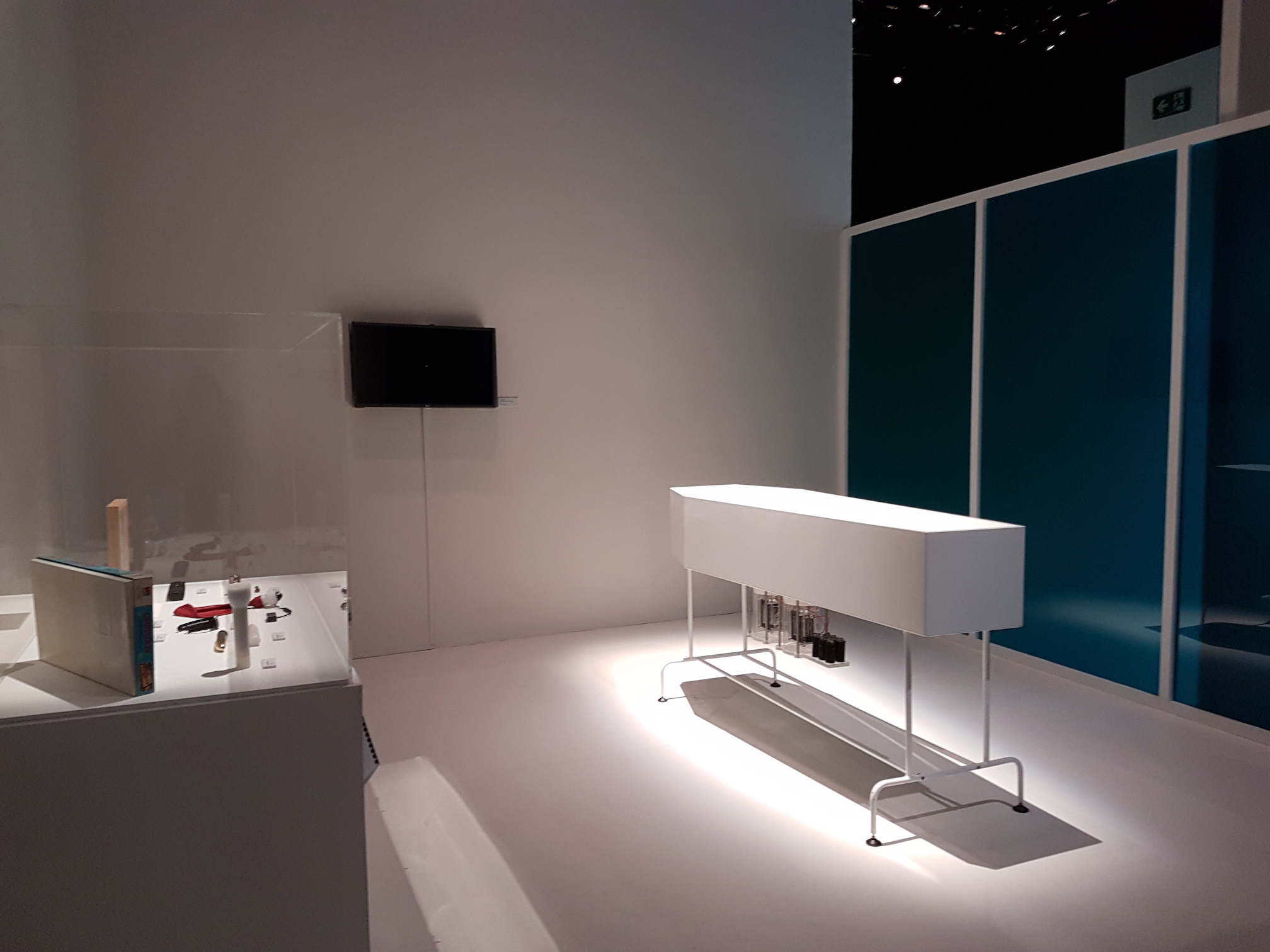 Bounded by medical privacy screens, the installation setup is sterile and clinical. We are presented with a white casket-shaped centre piece, presumably the device used to convert dead bodies into battery cells. Alongside this pristine machine are testimonials, surveys and several rather everyday objects in a display case. 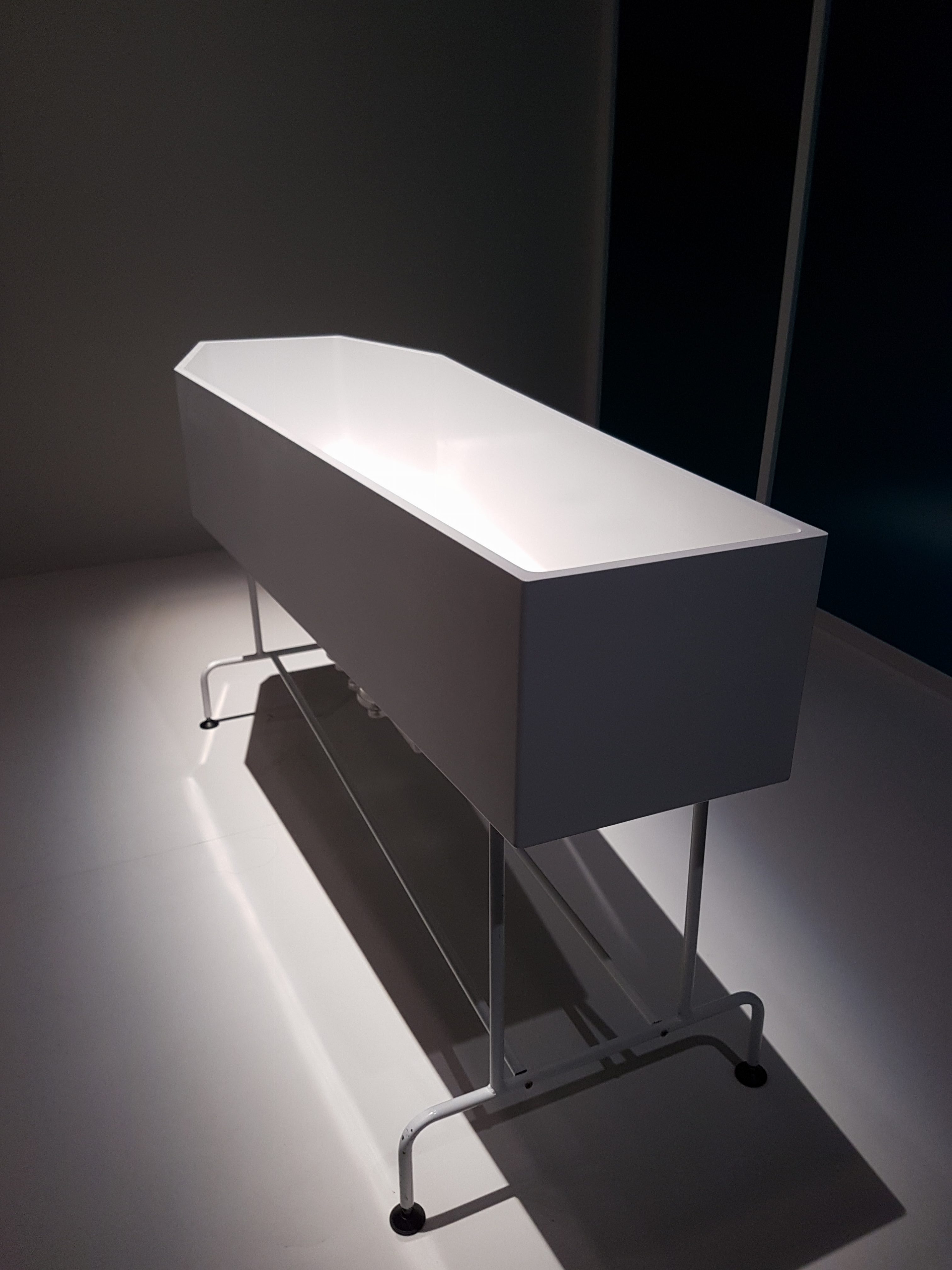 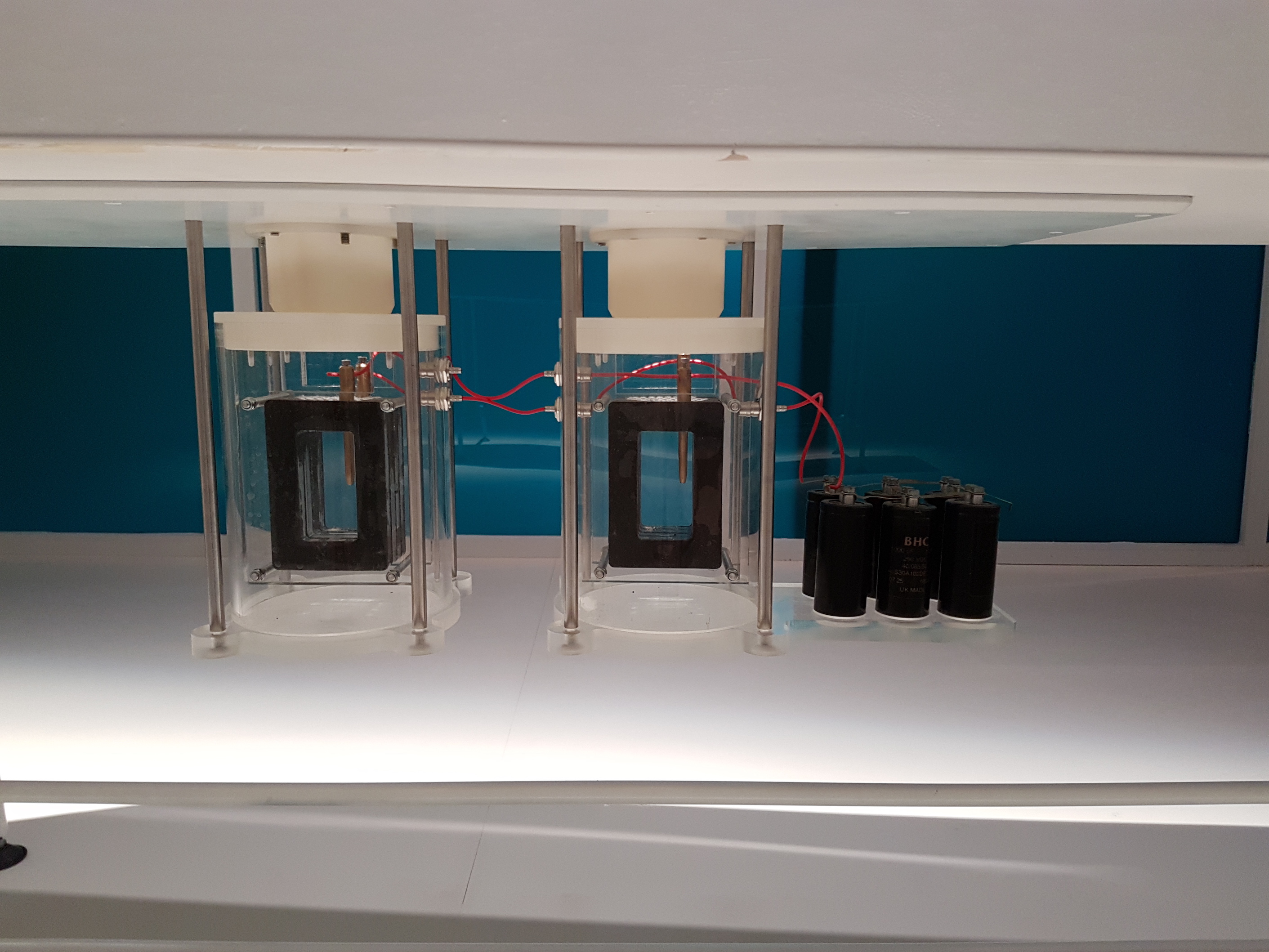 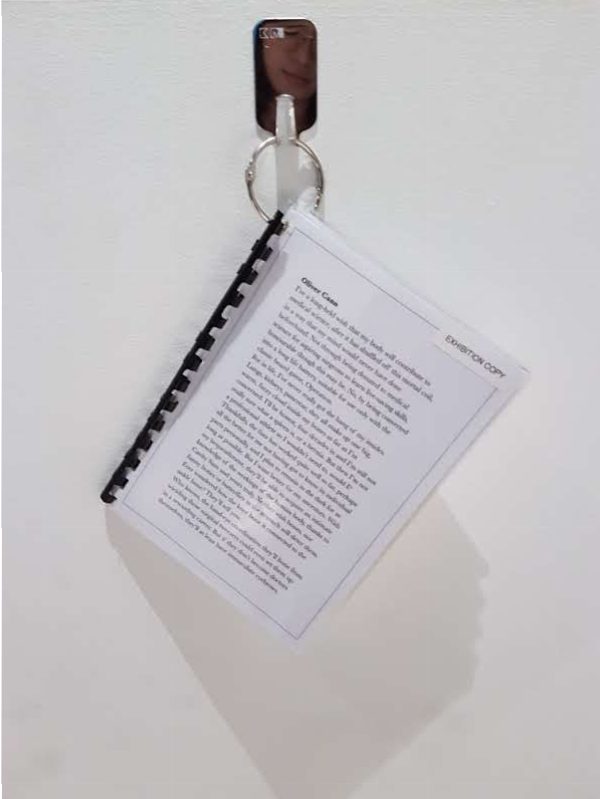 Upon closer inspection, these objects (e.g. clocks, common batteries, vibrators, electronic toothbrush) are examples of vessels that people want to embody after their deaths. Their lives become repurposed as a functional object which serve a purpose even after their deaths. 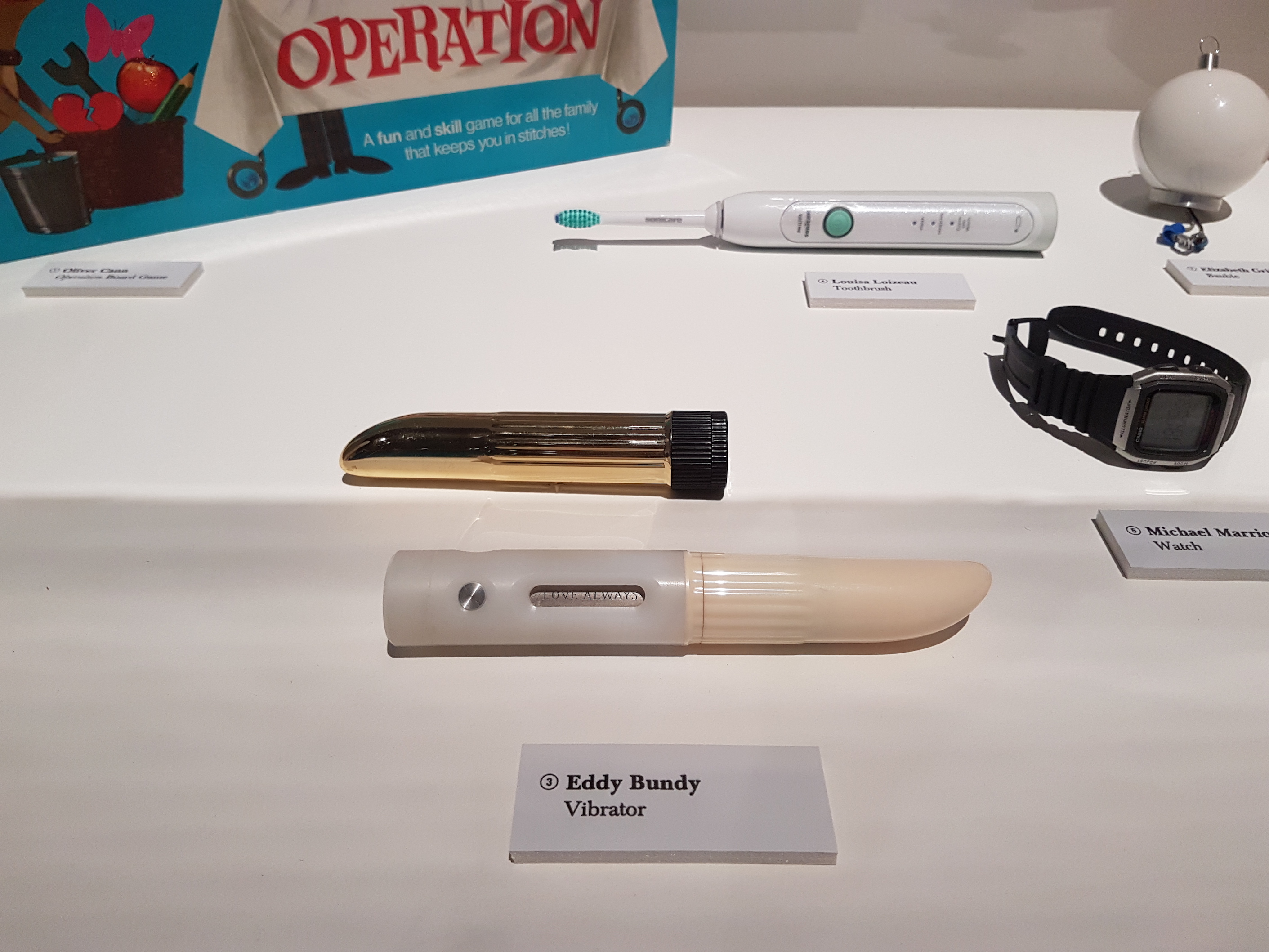 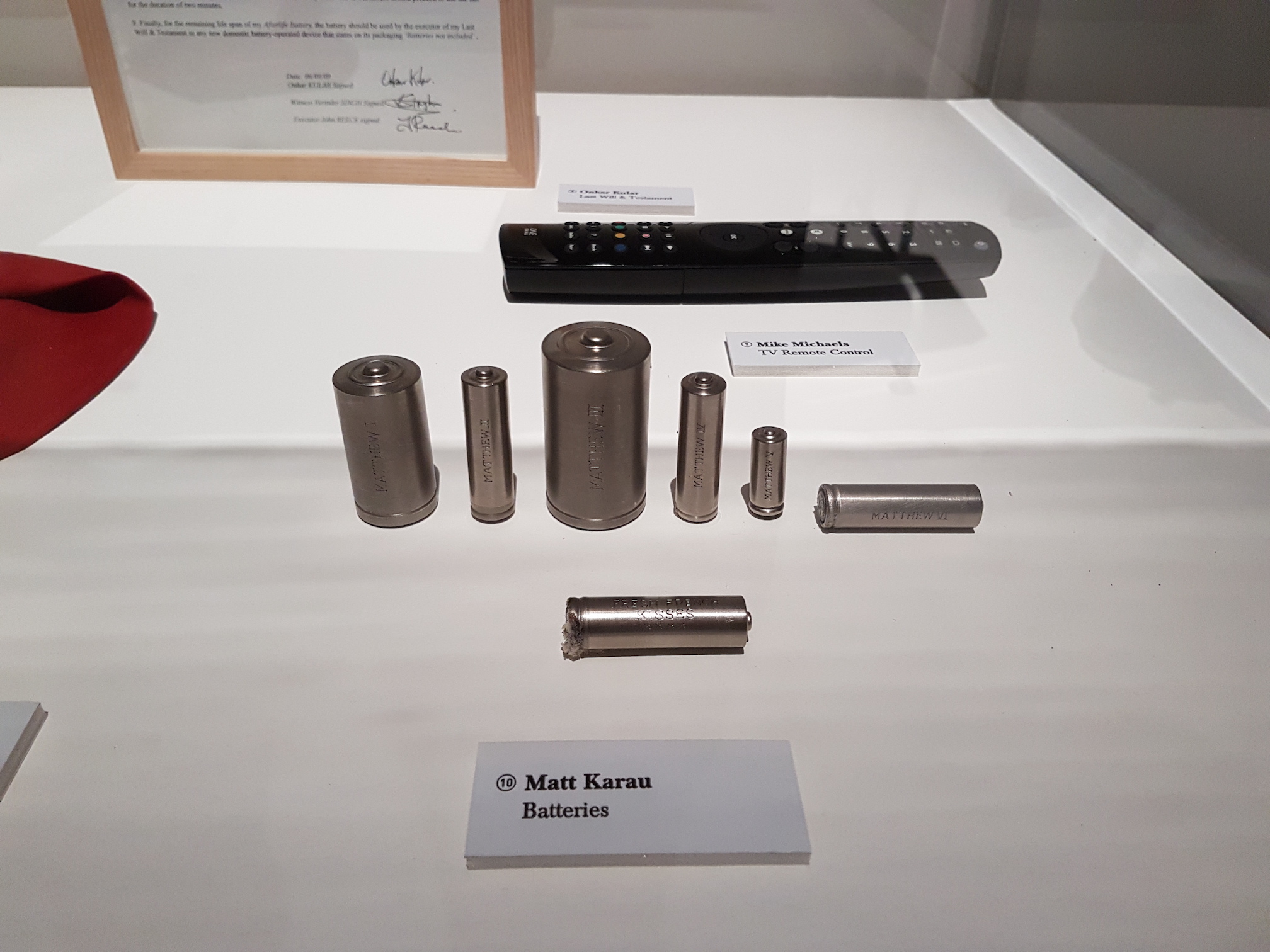 The question of what happens after death is such an intrinsic human concern. Cultures and religions across the world have all come up with something in response to this weighty question. Intertwined with faith and religion, this subject of an afterlife is often surrounded by mystique and mythology. In contrast, Auger and Loizeau present an alternative option devoid of spiritual belief; their vision of life after death is based on scientific fact, certainty and utility. It also creates an opening for viewers to explore the potential of science and technology beyond the realm of the living.

It also makes us think about the extent to which a person is represented by their physical body. Although the idea of giving the physical body a second lease of life is very intriguing, I can’t help but question whether this scientific approach glosses over the importance of one’s mind, soul and thoughts.

The artworks at the Human+ exhibition present imagined realities that aren’t that far off. These advancements are exciting yet terrifying, and invite viewers to consider the trajectory of our relationship with technology. Would recommend all to visit if you get the chance! 🙂