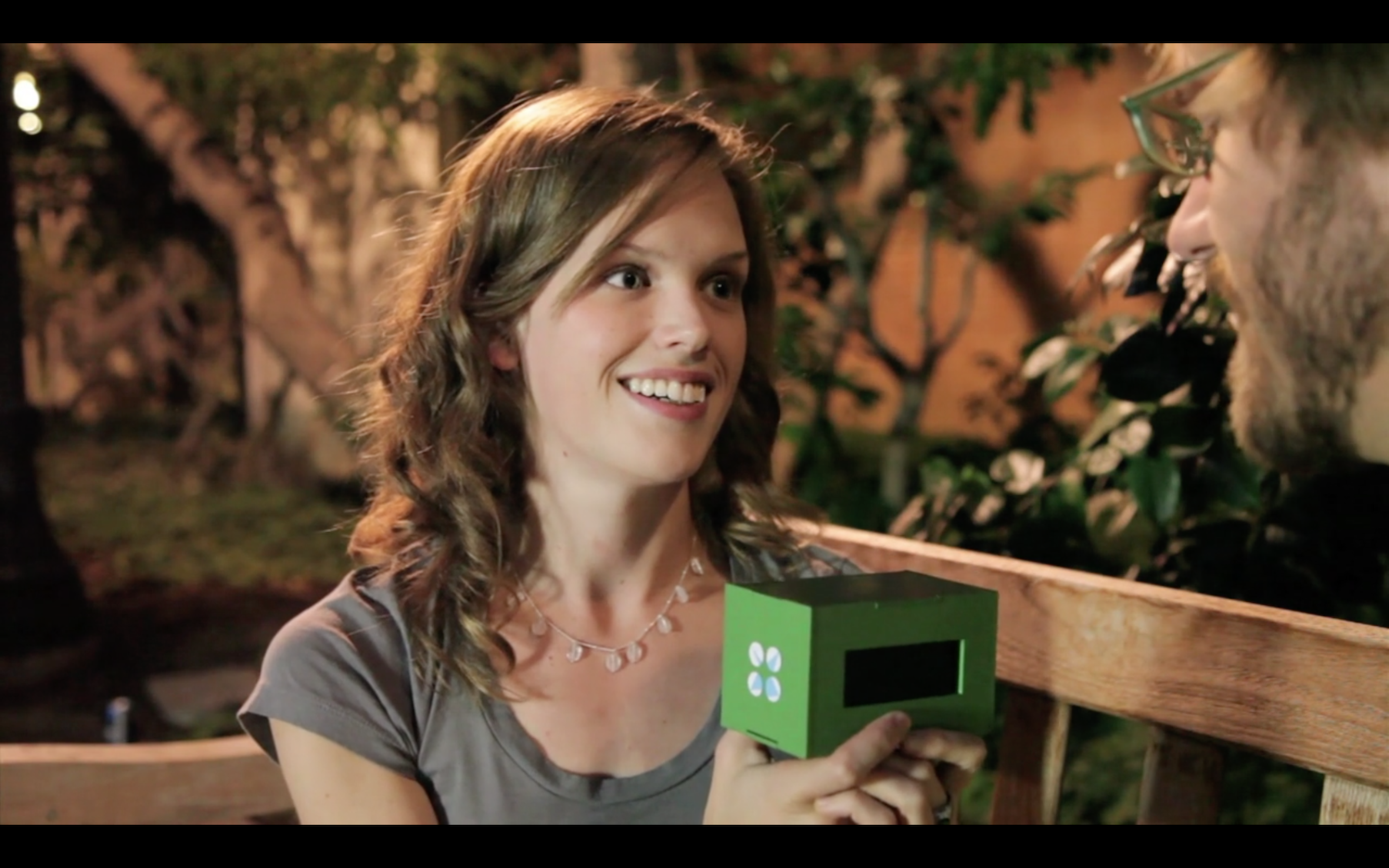 First date? Meeting friends of friends? Family gatherings with people you aren’t quite sure how you’re related to? Lauren McCarthy’s Conversacube is an interactive device which aims to eliminate conversational awkwardness by guiding and prompting users on what to say in order to effortlessly navigate such situations.

The Conversacube is placed in the centre, with one side facing each user. Each face of the cube has a small screen to display prompts and a microphone to monitor audio levels and speech. Users are guided individually on how to respond in order to achieve smooth and attentive conversation. It also comes in different sizes for pairs or groups. 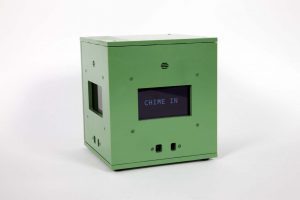 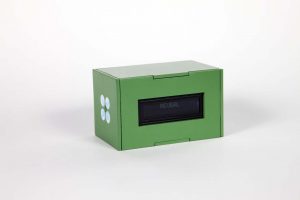 This gadget is both a conversation aid and an interactive device which generates physical and social interaction among users. At first glance, Conversacube may seem like an unnecessary novelty or a fun party gimmick. However, it brings up important questions about our modern social environment such as our reliance on technology, as well as social norms and behaviour. Will we eventually depend on a device to teach us how to be human? What soft aspects of ‘being human’ will we lose (or have we lost?) as we strive for innovation and efficiency? With redeuced face-to-face communication and increased dependence on virtual communication such as texting and social media, such a reality may not be too far away. 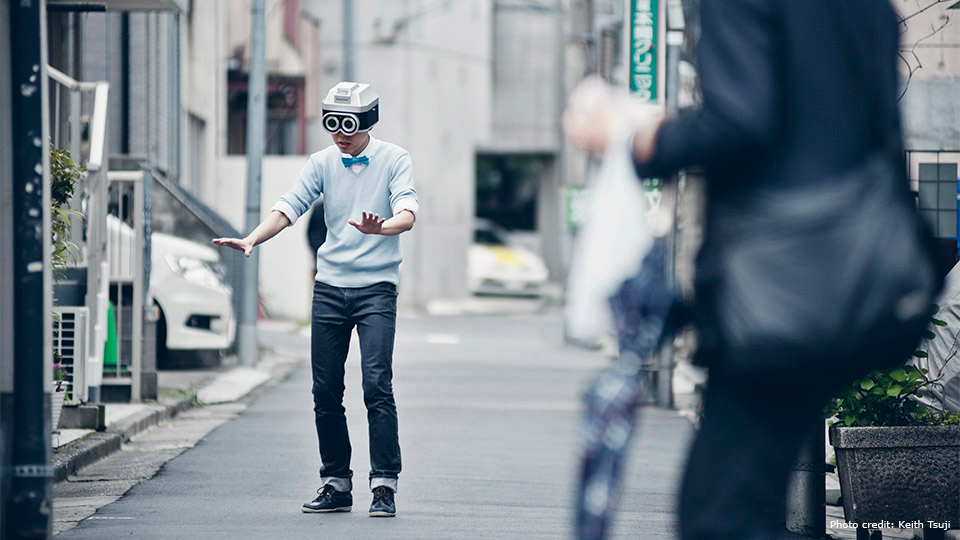 Touchy is a wearable interactive art device by Eric Siu, a new media artist from Hong Kong. It is a helmet-like device which resembles a camera and covers the user’s eyes, blocking their vision. When the user is touched by another person, the shutters will open and close, allowing the user to see for an instant. When the user maintains contact with someone for 10 seconds, the built-in camera in Touchy will take a snapshot of that instant, capturing the result of this togetherness. 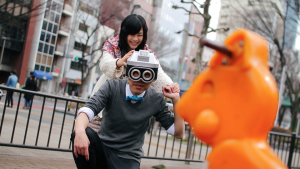 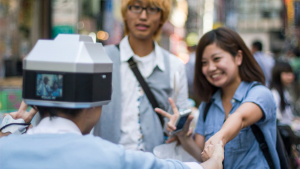 Touchy touches on concepts such as physical communication, memories, social interactions and the ironic ‘un-socialness’ of social media. It also aims to combat problems like social anxiety and isolation (hikikomori), ramifications of our modern world. 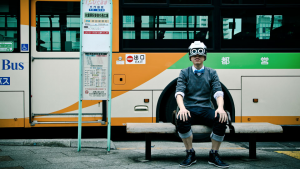 The camera metaphor is pronounced as the device resembles a camera in terms of shape, colour and material. It also has shutters and a LCD screen at the back. Its helmet like shape with a pair of shutters at the eye area also has clear affordances of how it should be worn.

What is striking about this device is that the user and the device become one; so much so that they become another device altogether, a ‘human-camera’. The user no longer interacts directly with the device and instead becomes an extension of the machine. The interactivity occurs when this ‘humera’ interacts with other people. This interactive art device can also function as part of social interaction experiments and performance art pieces. 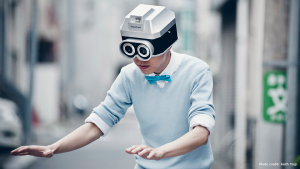 Wearable tech often serves the user and has practical, tangible benefits such as monitoring and providing information. However, Touchy actually impairs the user by limiting their vision in order to seek out ‘softer’ aspects of human interaction.