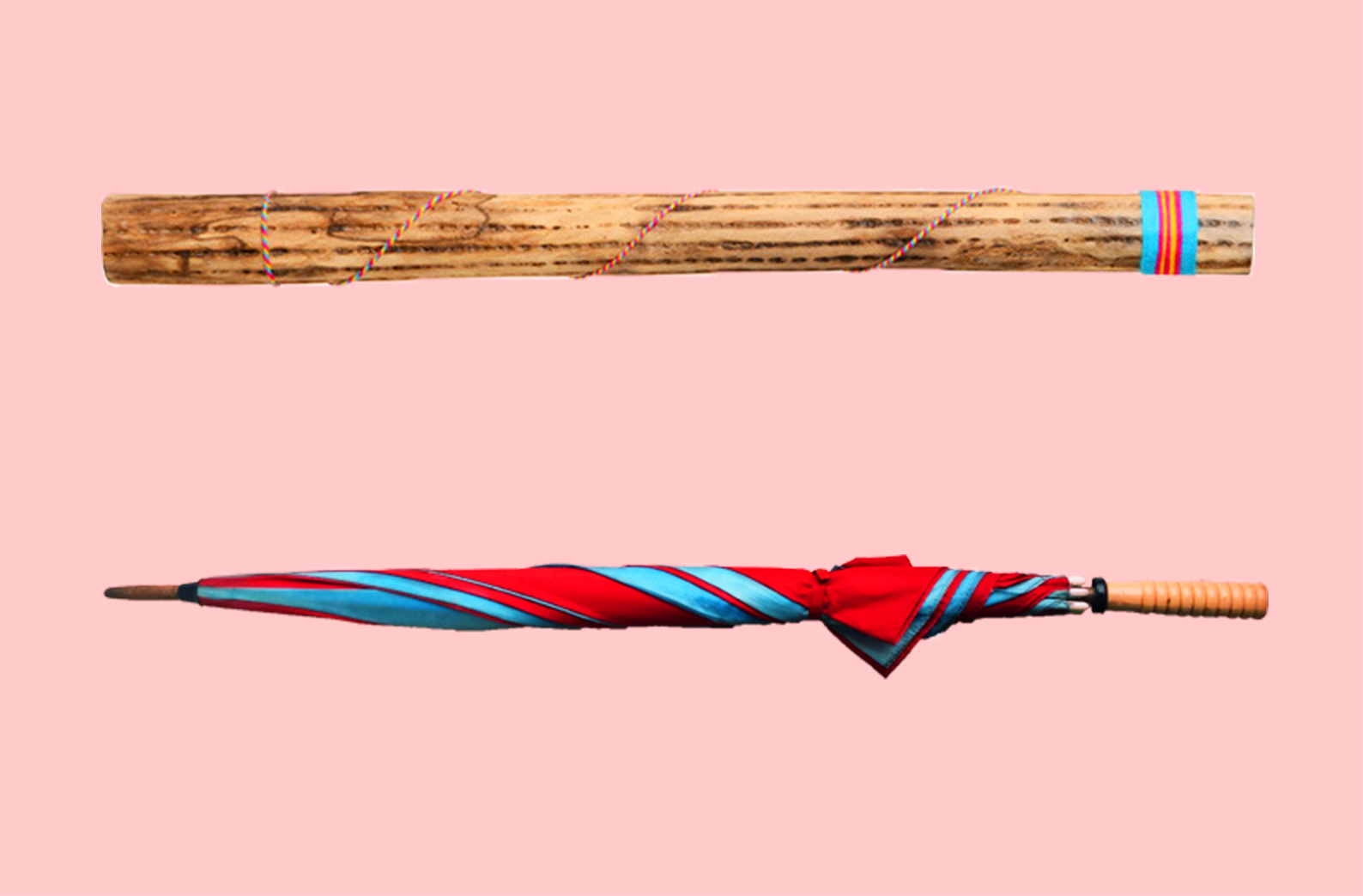 Documentation for electronic musical instrument prototype. Created using max 7 and Teabox sensors. The Alternative Rainstick is a dual sound musical instrument which marries elements of a traditional rainstick and monophonic keyboard. It produces 2 different types of sounds, a base rain noise and an octave of notes. The pitch and type of sound can be easily controlled for both.

This rainstick uses the umbrella’s affordances in combination with 4 different sensors, namely the gyroscope, bending sensor, pressure sensor and slider.

The umbrella’s ‘open’ button, attached with a pressure sensor acts as the universal ‘key’. Note sounds are only produced when the button is pressed. It functions similar to a piano key: the note is sustained by keeping the key pressed and stops when it is released. The variation between and forte and piano can be achieved by simply pressing the button lighter or harder. The slider controls the pitch and has a one octave range. 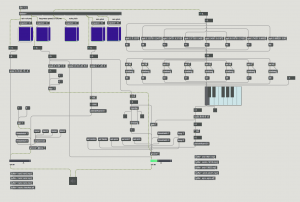