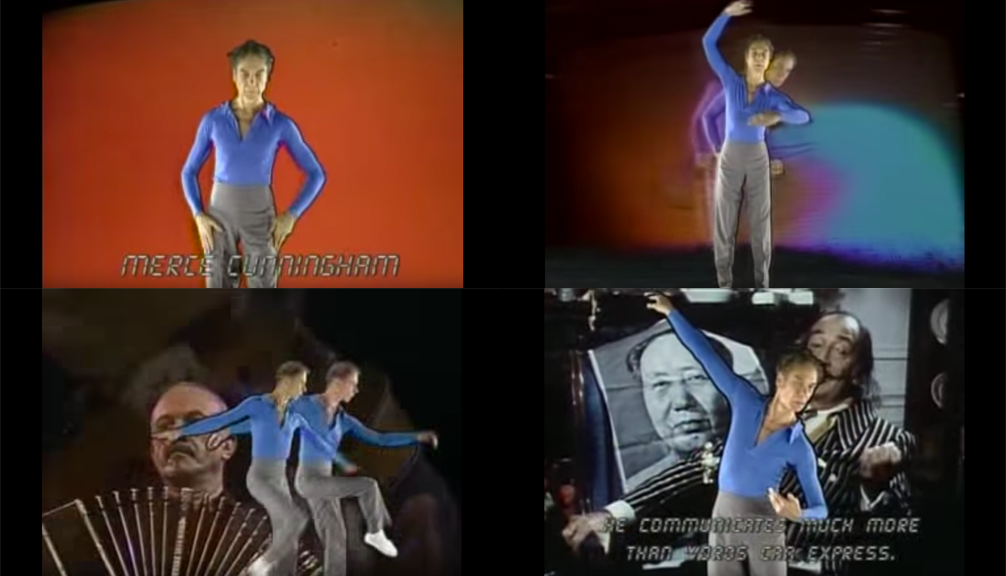 In his classic dystopian novel, George Orwell presented a grim vision of 1984 with total surveillance, oppression and the tyranny of technology. Good Morning, Mr. Orwell (1984) is a refutation of this vision and instead shows the positive reality of 1984 where new media artistic collaboration between artists, musicians and dancers in a networked third space can bridge the chasm between different locations and cultures. The work was an hour long, cross-country performance televised live on New Year’s Day.

“[Video collectives during the 1970s and 1980s] attempted to democratize the media by facilitating people-to-people communication, altering the themes and aesthetics of commercial television.” — Randall Packer, “The Third Space Network” (2016)

Similarly, Paik — a pioneer and visionary of video art — used video effects to create a new aesthetic, and challenged viewer perceptions of the commonplace television and its potential as an artistic medium. Some segments of the performance distorted temporal progression and spatial limitations by uniting asynchronous elements into the same plane.

For example, in Merce Cunningham’s segment, delayed footage of the dance was underlaid, creating an illusion of dancing with himself and being in two ‘time frames’ simultaneously. The reenactment of TV Cello by Charlotte Moorman also distorts space when we see the host George Plimpton appearing in both our television screens and in the TV Cello at the same time, forming a new composite image.

Furthermore, Paik’s work was an ambitious collaborative project and arguably an early form of the ‘Do-It-With-Others’ approach with its “collective organization”[i] of artists from “geographically dispersed locations and situations”[i]. It enabled cross-cultural interaction and brought various artistic visions together in a single third space, which was then broadcasted live around the world. The technical difficulties faced during broadcast would become part of the work, lending it a sense of immediacy and equality as viewer’s watch the work unfold at the same time as the artists.