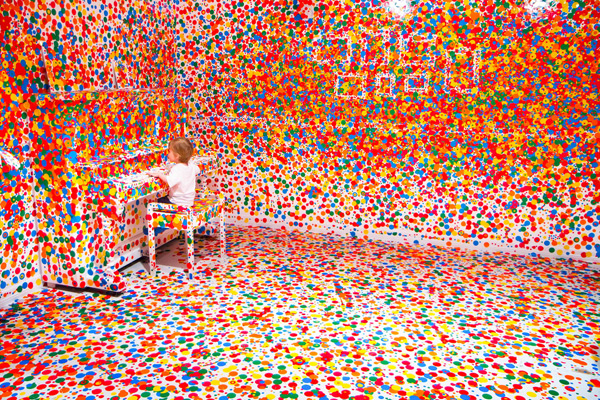 The lightbulb becomes the central focus of the dark space. The light it radiates can be thought of as forming a space in itself, apart from the darkness that surrounds it. The clear difference in size between the inner space and enveloping space has to be maintained to preserve the effect of being a ‘space in a space’.

In Marina Abramovic’s The Artist is Present, although not separated by any physical barriers like walls, the outer space is defined due to its size difference from the centre space and the crowd of people standing and watching from the edges. The lighting and centrality directs focus to Abramovic and the participant.

The repetition of lightbulbs on a gradual diagonal incline creates depth and perspective within the space, giving the illusion of the edge being deeper and further away. This space plays with both the linear direction and verical plane, and creates visual interest due to the suspension of elements. This is also at work in Cai Guo-Qiang’s Head On.

The lighbulbs will no longer be viewed as individual objects; instead they will form a blanket effect. The even repetition and distribution of a single element creates a dense uniform atmosphere.

The rounded entrance emphasises the round and cavernous interior. Visitors have to step over the low hedge made out of lightbulbs to enter the space, cleanly separating it from the outside. The tight small opening also restricts our vision of the space interior from the outside, creating a sense of mystery.

Furthermore, the all-over effect and the heat from the 1000 lightbulbs will create an immersive womb-like environment, suggesting an image of safety and gestation. 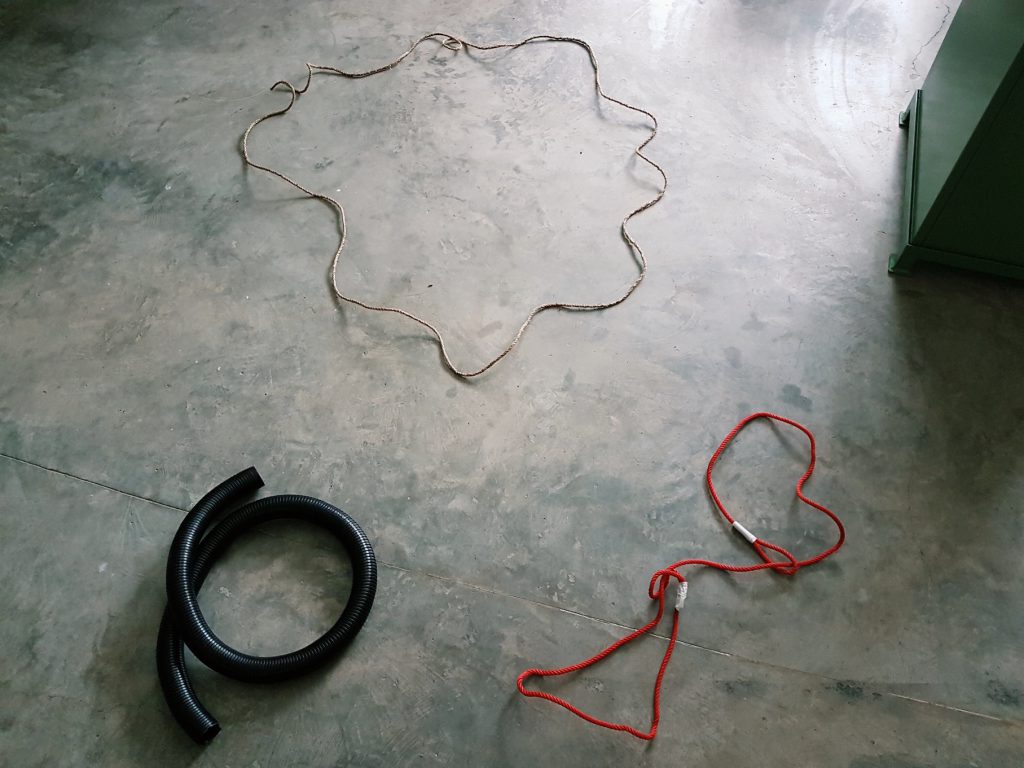