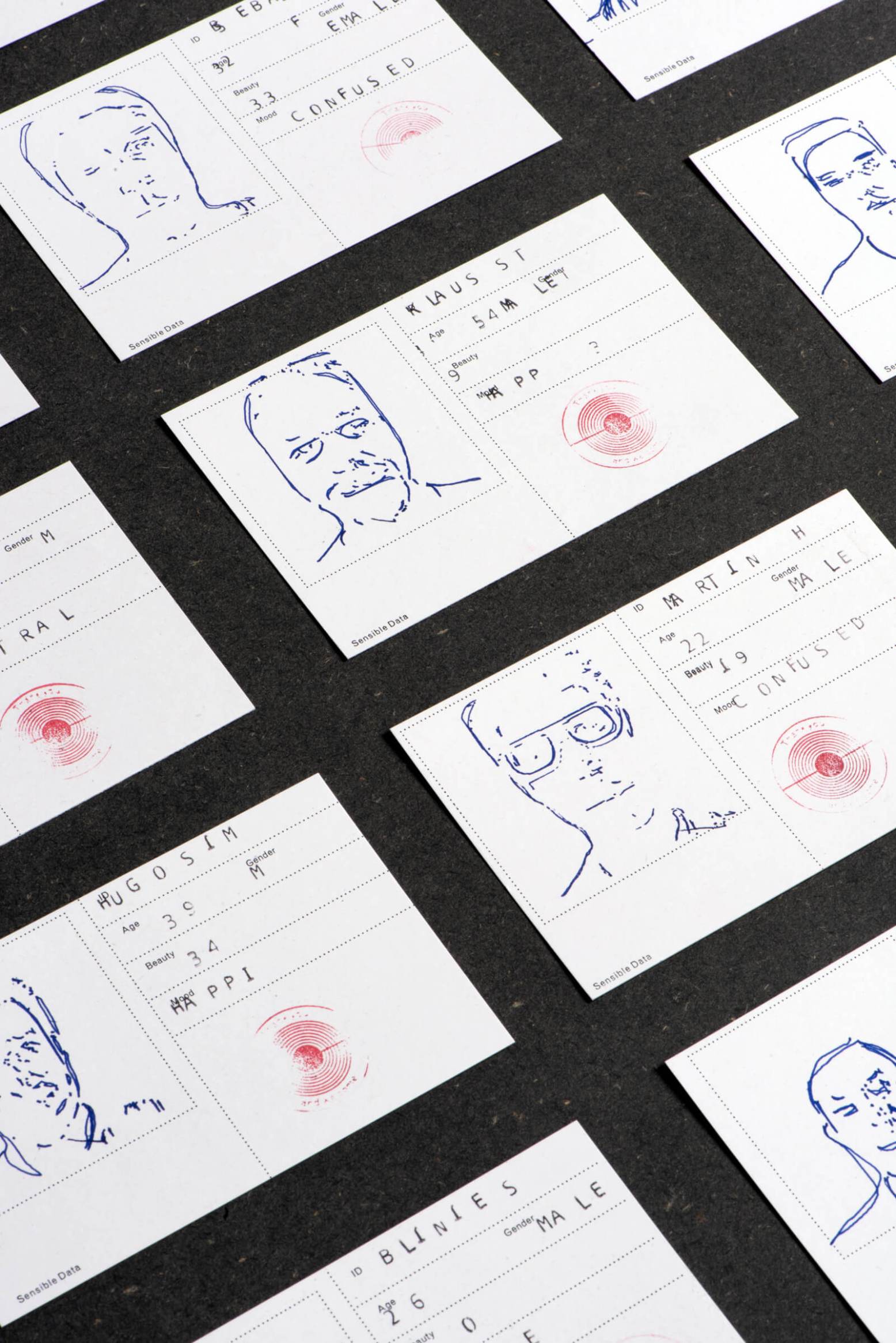 Martin Hertig’s Sensible Data is an art installation made out of 3 interactive devices. It invites participants to make a physical passport through 3 distinct steps. The devices are modified variants of Piccolo CNC (an open source machine which uses arduino) and a Raspberry Pi coordinates all 3 machines to create a seamless process. 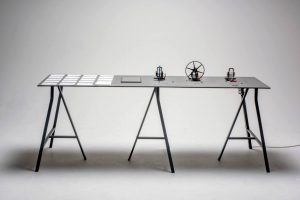 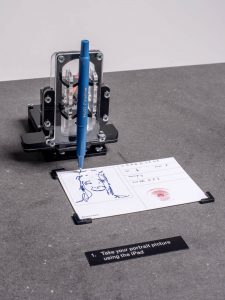 Next, the participant is tasked to send an email to the a given address. This analyses and judges the selfie portrait they previously took using an algorithm. It returns data and triggers the second device to stamp in specific details on their passport such as beauty percentage, age, gender and mood. This information is stored in a database. The machines are very well made; not as efficient as a printer but the mechanical action is visible and adds visual interest. 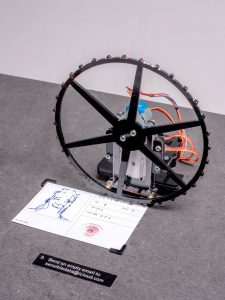 Lastly, the participant presses a nondescript button which is actually a fingerprint scanner. This validates their passport, and the third device stamps a seal onto it. The physical passport is thus completed. An email with all the data of a matching person in the database is sent to the user. This begs a question so relevant in our modern age of information and technology: how much do we value confidentiality and the privacy of our personal data? 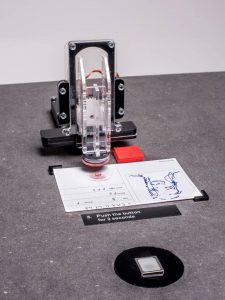 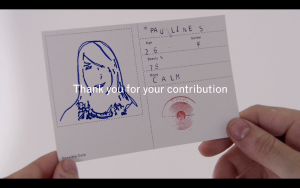 While the circumstances and conditions are intentionally absurd (it sends participants the data of another user whose portrait drawing has the same number of lines), Sensible Data brings up important issues that we have to consider, such as the tradeoffs of technology and immediacy, placing trusts in systems, measuring human qualities using computerised systems and assigning numbers to these qualities etc.

The devices come together pretty well and have a key role in the installation. Each device has a simple core concept and task it performs. I feel that asking the viewer to go through multiple steps and perform different actions is often less effective as the drawn-out experience requires sustained attention from the participant. It often makes for a choppy and cumbersome art experience. However, Hertig’s work doesn’t strike me as tedious or overly-complicated. It is successful perhaps because the end goal is clearly made known to the user from the start: simply make a passport. Each step also provides instant gratification and each action has an immediate, visible outcome. This sustains user attention and increases the continuity of the work.

More details regarding the technical process can be found here: 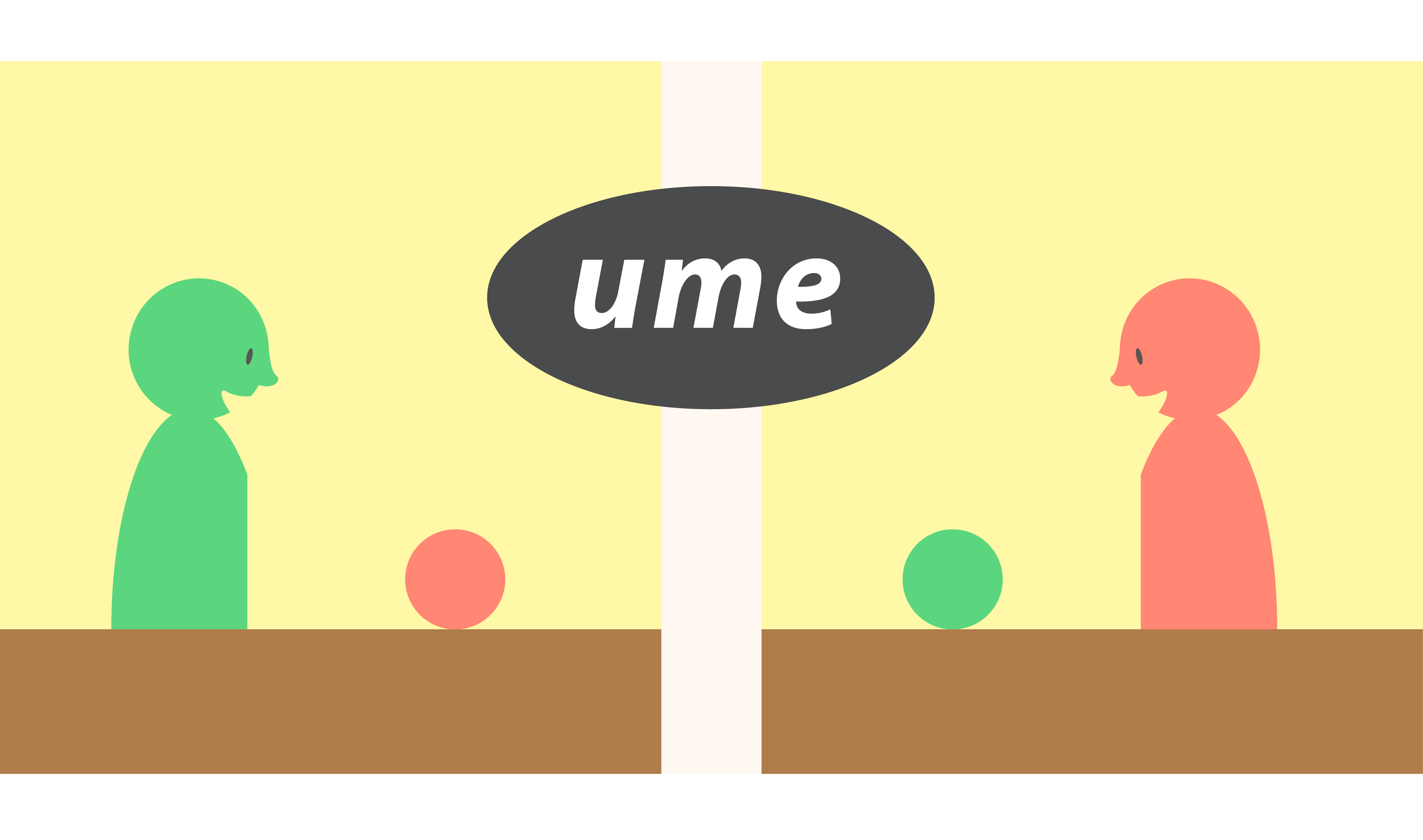 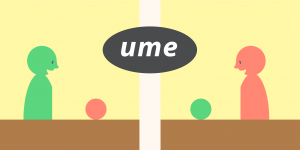 Context / Rationale
In this modern era, we constantly receive a barrage of information from social media, instant messaging and telecommunication. Ironically, despite having more means of communication and being perpetually ‘online’, we are getting more detached and disconnected from one another. We’re bombarded with information and always aware of what our peers are doing, eating, watching, that the simply being present becomes special. We are trying to create a pure connection which captures the act of ‘just being there’, so people can enjoy the simple and comforting presence of a loved one. In this small subtle way, ume seeks to bridge the psychological and geographical distance between two individuals.

Interaction
ume is an interactive, orb-shaped paired device which seeks to close the physical distance between two kindred souls. It relies on motion and distance sensors as its effector, and rolls around its axis, while giving out a flickering light that emulates flame.

Each ume will be physically separated from the other, and the output effect of each ume will appear on the other opposite pair. 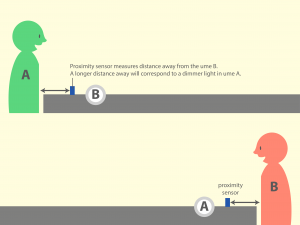 In its default mode, ume glows a dim blue light. The light flickers like a dying flame. When a user comes within the proximity of the PIR sensor, eg. a room, ume will sense the motion in the room and rock gently on its axis, while a singular LED light will switch on, to show that ume is relaying a message/output to the twined ume device. ume will also change its lighting – from dim blue to warm orange.

When the user walks within the line of sight of ume, sensed by the distance sensor, the twined ume then glows brighter, and the closer the distance between ume and the user, the brighter ume glows, and the less it flickers.

However, when the user walks out, and both users are not detected by the motion sensors, ume reverts back to its default dim blue light, and stays stationary. 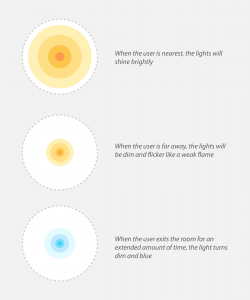 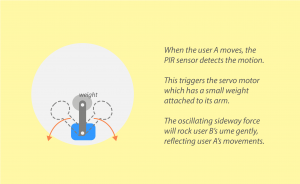 Form
We wanted to reduce the human form to a simple single unit / single cell representation. Aesthetically, we feel that the circle is the simplest shape, without any external influences (some artists also believe that the point/dot is the simplest form as extending or multiplying a point can create lines, shapes and forms). It’s clean interface also ties in with its sole function – to simply hint at the presence of the other.

It is a metaphor to a pair of eyes – eyes which look, and tells us the knowledge of what is present in our surroundings. Likewise, ume acts as a pair of eyes, and gives us a sense of security in sensing the presence of the other user. It can only function as a part of a pairing.

ume is both an art and design object. It is a planned system for the purpose of resolving a problem – the lack of a deeper communication level. It has been mechanically made, for a particular aim. However, ume does this in a ‘softer’ way, by invoking deeper emotions through a mechanical system. Its simplicity seeks not to superimpose technology over the human feelings, but rather tries to bring it out.

Some scenarios
a) Two friends at home: feel friend’s presence while they do work
b) Two Lovers at home: knowing your partner’s comforting presence on a daily basis
c) Mother and Child at home: bridges the geographical distance and feeling at ease that their family member is safe 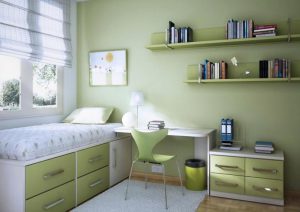 Inspiration sources
Initially, we were both interested in the notion of communicating with another, but on a more emotional level. Recalling our previous experiences of having a skype call with our friends, but neither talking, and instead continuing our own activities. Instead of serving its initial function of communication through speech, the call served to give us assurance of another’s presence. Hence, we decided to create a device which would recreate another’s presence, and bring the other comfort through knowing that their partner is present.

Pillow talk (http://www.littleriot.com/pillow-talk/) works on a similar premise through sensing the presence of your loved one digitally. We wanted to create an interactive device that is simple, and similarly clear and straightforward in intention.

Technologies we will be using include:

Issues / difficulties we may encounter 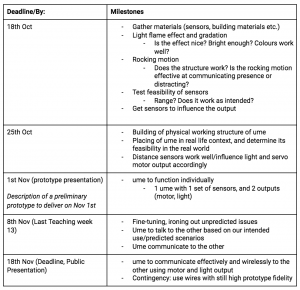 Presentation of work on Nov 18th?
Basic design + all sensors/motors/lights working as intended. Two umes to communicate with the other perfectly.

A semester project proposal by Tania and Yi Xian.