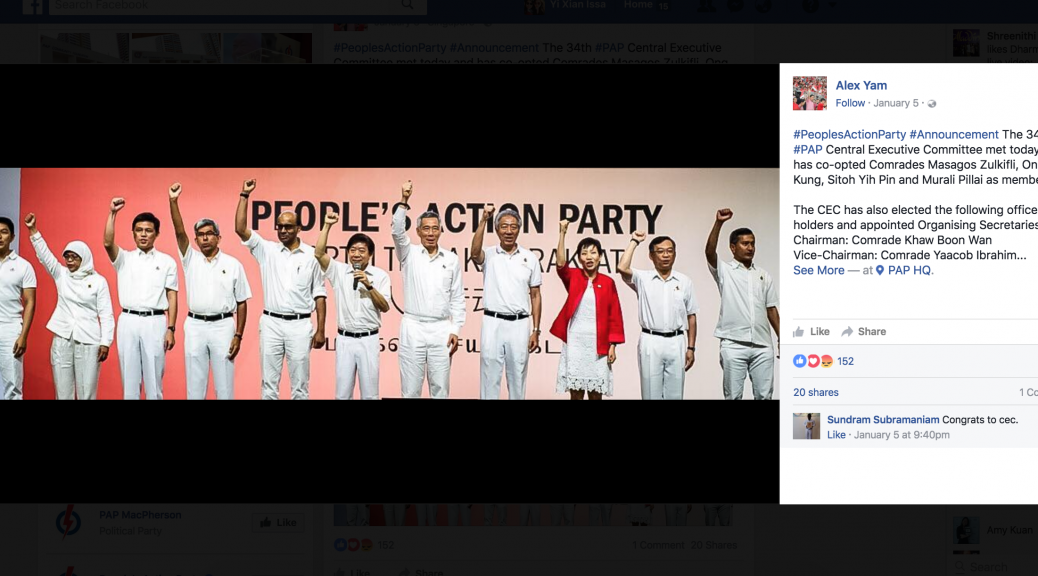 As the final broadcast will be presented as a three-part series, I am exploring means to sustain continuity and interest over the 3 broadcasts. I am researching common behaviour of Singapore Members of Parliament (MPs) and Ministers and how they communicate with the public they lead and represent.

I am also looking into how these can be combined with the content influencers typically produce. The broadcasts will be progressive, showing caricatures of the different periods of the campaign as organised by an earnest fashion and lifestyle influencer.

On Looking the Part Online

One way to lend authenticity to this persona is to build up my Facebook profile to one befitting of an (aspiring) public figure. How Local Politicians use Social Media in Singapore

Many MPs’ (Member of Parliament) social media channels are highly curated. Their posts are typically: 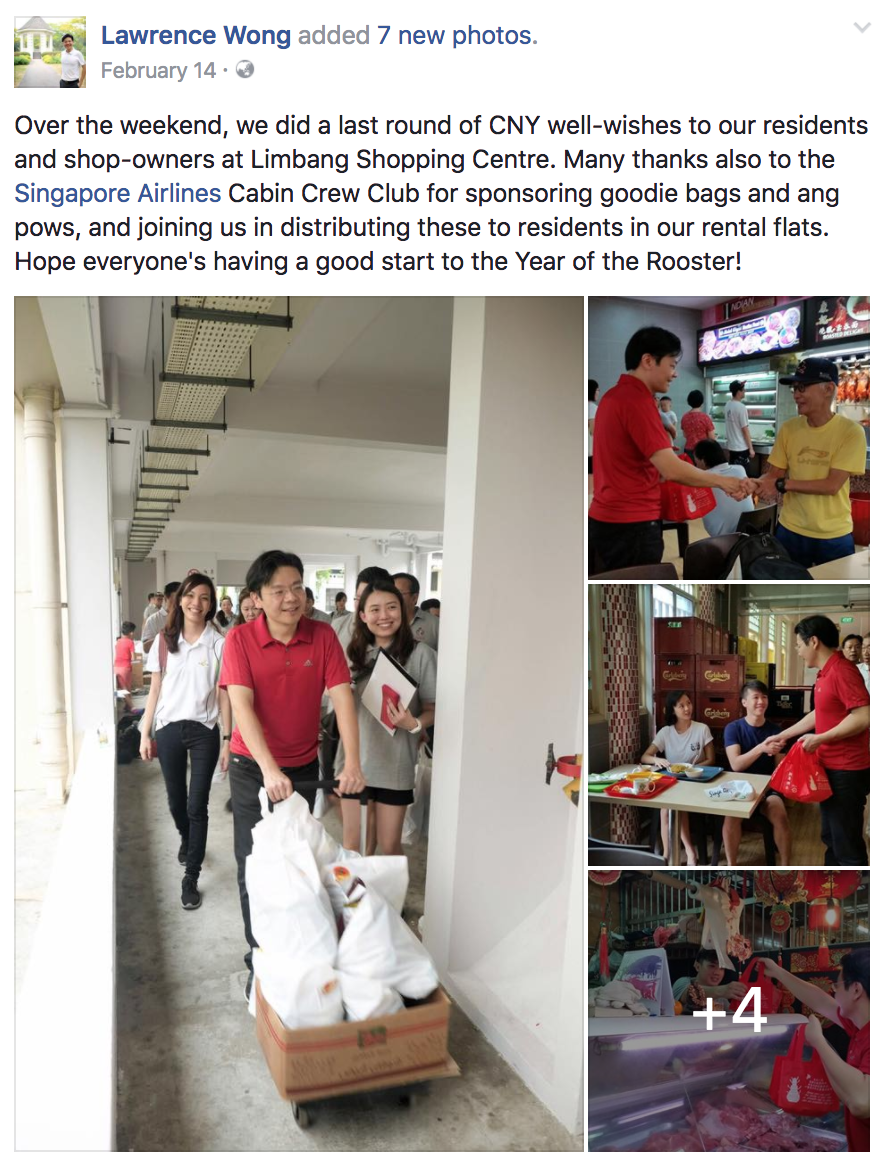 The majority of MPs do not fully utilise the breezy and supposedly spontaneous nature of social media. Instead, MP Facebook accounts often function more as a casually-worded extended press release. The contents are well within PG ratings, nothing too extreme or intimate.

MPs have also received criticism for their use of social media. A recent example would be MP Koh Poh Koon’s Facebook post about helping an elderly resident.

This met with mixed reactions where netizens felt that he was insincere. Netizens also remarked on the unnatural photo-ready moment when the prime concern should have been helping the elderly lady. Regardless of Dr Koh’s true intentions, perhaps I could parody this situation by explicitly documenting a scenario of me ‘candidly’ helping someone.

Similarly, MPs (who often mix within elite circles due to elite education and track careers) are often criticised as lacking empathy and true understanding of the common people. I think there is more potential for examining this area in a humorous light.

The first broadcast will take the form of a Facebook Live press conference. I will address the questions and concerns of the people through LIVE comments and prepared topics. Some possible topics include explaining my impetus for running, my campaign promises and how I am a suitable candidate according to ‘4 qualities the PAP looks for in a potential MP’.

I do however feel that my research is not sufficiently comprehensive to decide on the tone of my broadcasts. By next week, I hope to nail down my persona’s motivations, tone, ability and agenda, so as to create a comprehensive foundation to construct parody.

Also, I can’t help but wonder if it is possible for satire and parody to be largely inoffensive? The aim is to question and create a conversation, not to hurt or be insensitive 🙂