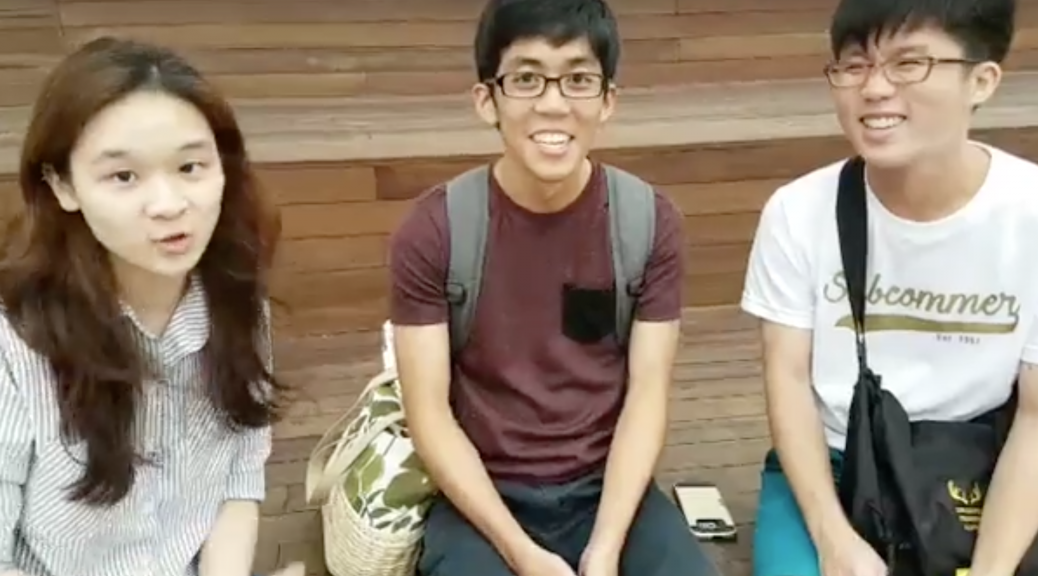 [Breaking News] In response to the recent hikes in water prices, the government has announced new campaigns to help citizens conserve water. Molly Tan reports for the DNA.

Recently, one of the largest news topics in Singapore has been the 30% hike in water prices. Water prices have not increased in the past 17 years, but will do so this July.

Apologies for the poor audio quality! The area was very windy, and I only realised it post-broadcast. As some of my questions can’t be heard clearly, here they are:

Q: Do you know about the recent 30% increase in water prices?

Q: What have you and your family been doing to save water?

Although the interviewees were uncertain and slightly taken aback by the fake news, they responded to the questions sincerely and thoughtfully. They were really nice about it and perhaps this was due to their awareness of being filmed.

This week’s broadcast has made me more aware of the limitations of a phone camera when broadcasting. I’ll also have to project my voice more in the future, especially when the camera is further away!