INTRODUCTION
Guo Xi’s and Katsushika Hokusai’s landscape artworks are the amalgamation of each individual personal experience and expression of nature and their respective philosophies towards the natural world. Both Guo Xi and Hokusai’s landscape artworks serves as a form of meditative art as it leaves the viewers to interpret the work as they wish limited by their own imagination which could relieve emotional stress, hence separating them from the truth and reality of their daily lives, momentarily.
(Do I need to add in visual evidence here or can I do it at the subsequent paragraphs?)
Despite sharing similar philosophies of asserting their ideal reality which are mentally constructed in their minds onto their artworks, the execution and purposes of each artist’s work is largely different in terms of not only the selected medium choices but also their views and play on perspectives.

Landscape painting is the amalgamation of the artist’s expression of his accumulated experiences in nature and his philosophical view towards the natural world which is richly symbolic as he depicts what the landscape personally embodies for him. The scenery painted often leaves the audiences to ponder in their own imagination as they wish which could provide metaphors for life.

Landscape painting serves as a form of meditative art whereby viewers can get immersed into the art as the artwork takes you through on a journey of the serenity of nature, leaving the viewers with their own imagination to interpret the artwork which could relieve emotional stress, hence separating them from truth and reality momentarily as a way to escape from their daily lives, thus leaving the viewers feeling spiritually refreshed.

Guo Xi’s landscape painting is mostly illustrated with the intent to depict a form of realism whereby he studies the nature elements such as mountains, greenery and lifeforms which he then transfers onto silk and paper marked with a Xuanhe zhongbi seal as seen in Fig 1. Old Trees, Level Distance just as the way he sees it. However, besides the idea of just realism in which he paints in a manner that does not challenge the laws of perspectives, Guo Xi’s intent to show the form of idealism is present as well in his work as he creates multiple perspectives which he calls ‘the angle of totality.’. 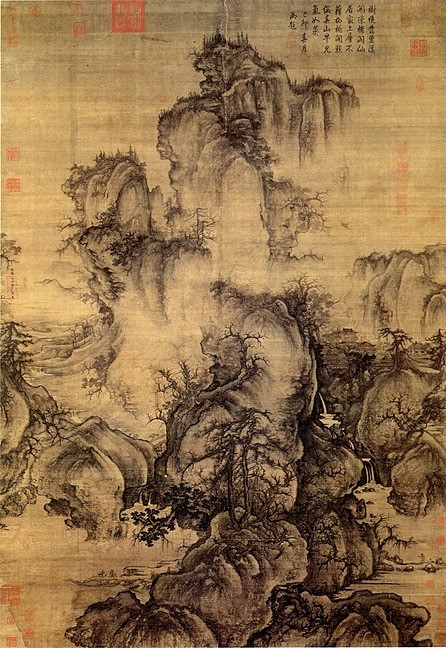 For instance, as seen in Fig 2. Early Spring, Hanging Scroll, we can observe that he attempted to paint the ideal landscape of a Taoist paradise by illustrating a somewhat smoky environment which is idealised to be mythical and powerful for the deities. Also, by including all angles of the mountain which defies the rule of perspective, this painting reeks of idealism. Hence, it is evident that Guo Xi’s painting style treads on both realism and idealism at the same time. – Evidence 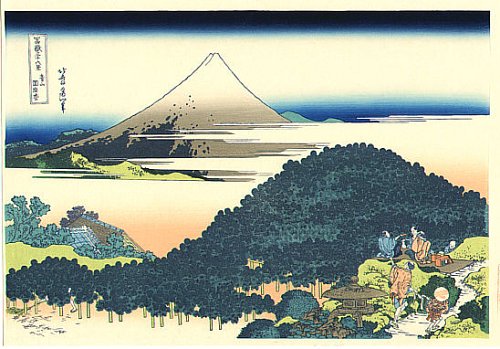 Fig. 3 The Cushion Pine at Aoyama in Edo is one out of thirty-six views of a series that shows the sacred Mount Fuji, produced by Katsushika Hokusai in 1830 when he was seventy years old as he reached the crescendo of his creativity and artistic vigour. 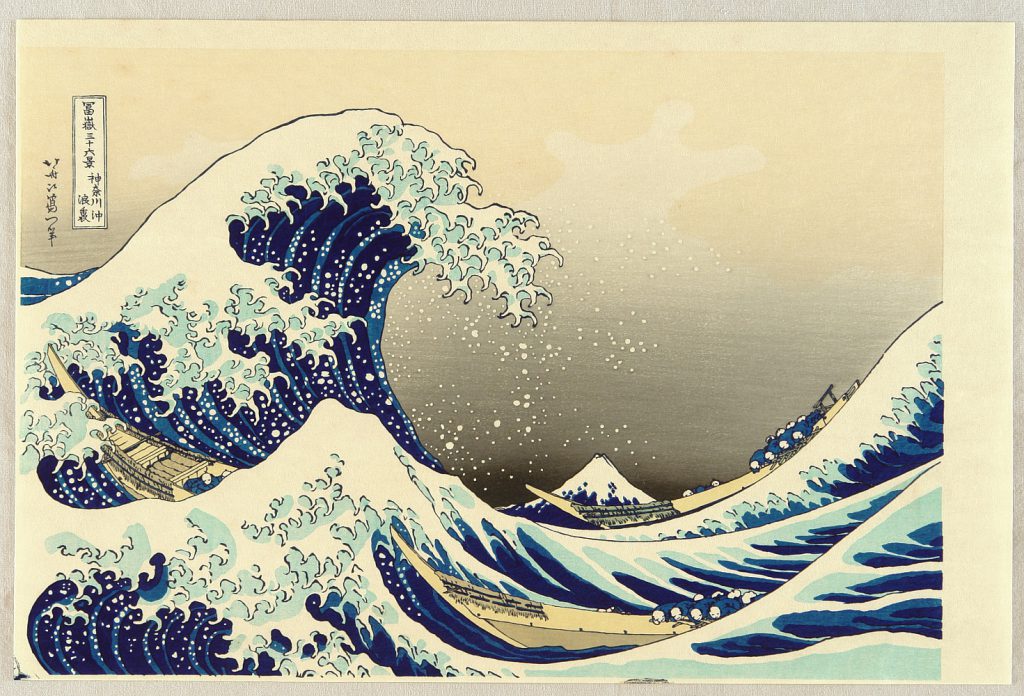 Description of Under the Wave off Kanagawa