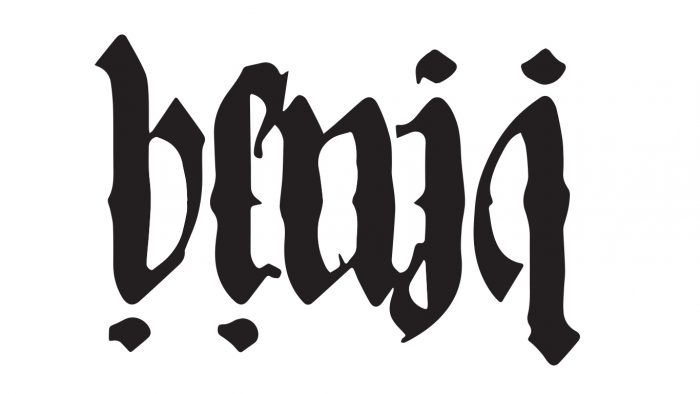 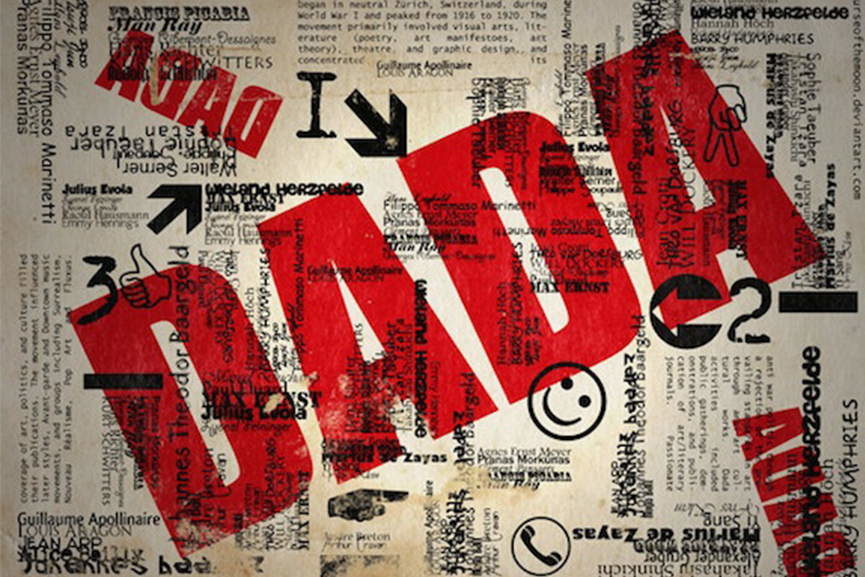 Dada was an artistic and literary movement that began in Zürich, Switzerland. It arose as a reaction to World War I and the nationalism that many thought had led to the war. Influenced by other avant-garde movements – Cubism, Futurism, Constructivism, and Expressionism – its output was wildly diverse, ranging from performance art to poetry, photography, sculpture, painting, and collage. Dada’s aesthetic, marked by its mockery of materialistic and nationalistic attitudes, proved a powerful influence on artists in many cities, including Berlin, Hanover, Paris, New York, and Cologne, all of which generated their own groups. The movement dissipated with the establishment of Surrealism, but the ideas it gave rise to have become the cornerstones of various categories of modern and contemporary art.

It was the first conceptual art movement where the focus of the artists was not on crafting aesthetically pleasing objects but on making works that often upended bourgeois sensibilities and that generated difficult questions about society, the role of the artist, and the purpose of art.
Dada. [Internet]. 2017. TheArtStory.org website. Available from:
http://www.theartstory.org/movement-dada.htm [Accessed 01 Feb 2017]

MOST IMPORTANT ART OF THIS ART MOVEMENT

“R. Mutt’, however, was an unusual name, with comic overtones, and this might have given people a clue as to its falseness. Later in life, when asked whether ‘R. Mutt’ was a pun on the German word Armut meaning poverty, Duchamp was quoted as explaining:

Mutt comes from Mott Works, the name of a large sanitary equipment manufacturer. But Mott was too close so I altered it to Mutt, after the daily cartoon strip “Mutt and Jeff” which appeared at the time, and with which everyone was familiar. Thus, from the start, there was an interplay of Mutt: a fat little funny man, and Jeff: a tall thin man … I wanted any old name. And I added Richard [French slang for money-bags]. That’s not a bad name for a pissotière. Get it? The opposite of poverty. But not even that much, just R. MUTT.
(Camfield 1989, p.23.)” Howarth, Sophie. (April 2000) revised by Mundy, Jennifer. (August 2015) “Fountain.” http://www.tate.org.uk/art/artworks/duchamp-fountain-t07573 (1 February 2017).

“Duchamp was the first artist to use a readymade and his choice of a urinal was guaranteed to challenge and offend even his fellow artists. There is little manipulation of the urinal by the artist other than to turn it upside-down and to sign it with a fictitious name. By removing the urinal from its everyday environment and placing it in an art context, Duchamp was questioning basic definitions of art as well as the role of the artist in creating it. With the title, Fountain, Duchamp made a tongue in cheek reference to both the purpose of the urinal as well to famous fountains designed by Renaissance and Baroque artists. In its path-breaking boldness the work has become iconic of the irreverence of the Dada movement towards both traditional artistic values and production techniques. Its influence on later twentieth century artists such as Jeff Koons, Robert Rauschenberg, Damien Hirst, and others is incalculable.”
Dada. [Internet]. 2017. TheArtStory.org website. Available from:
http://www.theartstory.org/movement-dada.htm [Accessed 01 Feb 2017] 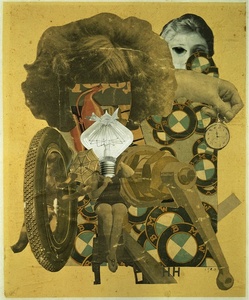 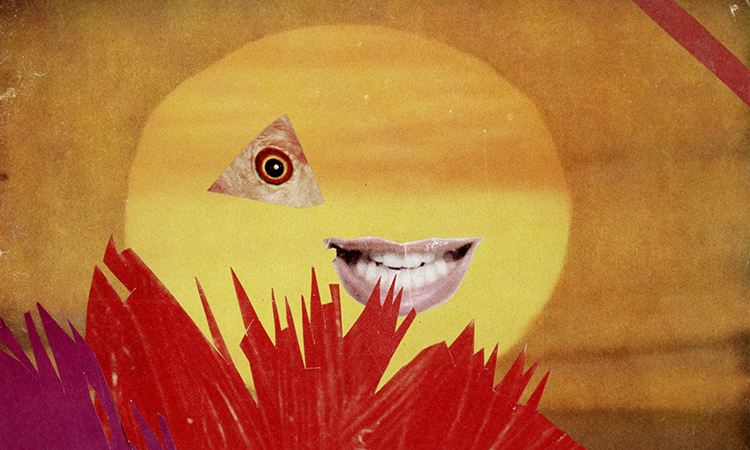 In terms of composition, the artwork by Hannah Hoch (image on the left above) was one that I really like among the others. Somehow the composition shows me a large head of a lady and a small body and with the recurring patterns, it really caught my eye. Well, she is one of the originators of Photomontage, right? I’m sure her composition skills would be second to none considering that she’s such a famous artist during the DADA art movement.
Personally, I thought the artworks of Hannah Hoch’s were pretty minimal(image on the right above) and not what I usually try to produce. Then again, my works from Semester 1 was previously thought of as ‘too much’  as I tend to fill up way too much of a canvas when there are room to be lesser. So I thought Hannah Hoch’s work would be a good reference for me as to how to keep things minimal.

However, one artist that Mimi introduced to us in class got me so amazed with his works. He’s none other than the legendary, Stefan Sagmeister. The thing about Sagmeister’s artworks for me is that it works really well despite looking so minimal and clean. Well, I guess the time is now for me to talk less and do more by start working on my A4 canvases for Que Sera Sera. 🙂