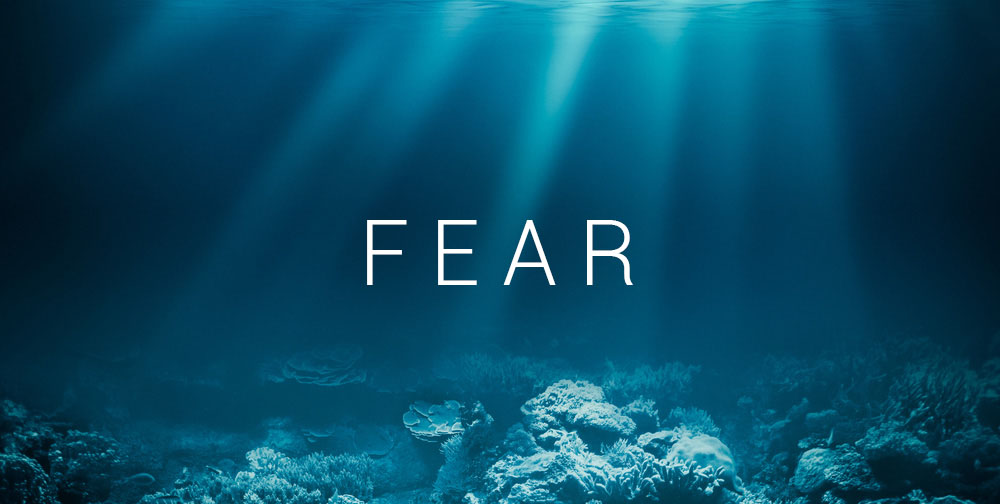 Hello everyone! For this post I’ll be presenting on a fear that I chose for my first assignment.

My inspiration for choosing this fear came from hearing that someone had a fear of fishes (called Ichthyophobia), and that their way of overcoming it was to go diving. They then realised that the fishes usually swim away from them and there wasn’t really anything to be scared of… (or is there?) Pretty cool huh?! So I decided to work my story around that idea.

So I did a little digging into Ichthyophobia.

A google search showed up that people actually do take diving lessons to curb their fear of fishes, which I will link to at the bottom of the post. Generally, people that have a fear of fishes would first try to touch a fish or eat one to try to overcome it, but I thought tackling the idea that someone would go diving to curb that fear would be more interesting.

Aaaaaand that leads to this drawing of mine:

I chose to depict a diver diving down into the sea into a huge school of fishes. Although the fishes are great in quantity, they are all swimming away from the diver, showing that they meant no harm despite their numbers. I also made the areas further away from the diver to be darker so that the diver catches the viewer’s attention first. I also added some underwater plants to make the image less empty and to fill in the environment of this picture.

Don then gave us the assignment to colour our first picture and make a second one in colour to continue the story, so here are the results:

For the first image, I decided to add extra grey tones to the fishes for a better gradient, and gave some earthly tones to the corals. I would have used some blue as the sea but there was too much black for me to add it in to look natural. I added some yellow to the diver to make him stand out more too.

While the little fishes are swimming nonchalantly in the ocean, the diver kept diving and came face to face with this huge marine creature staring them in the face. I chose to continue the story this way since the sea is full of all kinds of sea life and they are bound to meet fascinating sea creatures, both big and small. I chose to draw a whale shark since even though they look deadly to humans, they actually only feed on small fishes and microorganisms in the sea and do not harm or target humans.

I added blue to represent the ocean in this picture, and also make the diver and whale shark stand out more against the backdrop because of their colour. The blue darkens to black near the edge of the paper on the bottom right to once again give focus to the diver but this time the whale shark is also large enough to catch people’s attention.

And that’s it for my story (so far?) Hope you enjoyed reading it as much as I have enjoyed conjuring it up! 🙂

After presenting in class and learning more about using colour to set the mood, there were some things I would have changed to convey the mood of my drawing better. First off, I realised the bright blue colours I used do not really convey this sense of fear when the diver meets the whale shark, but instead looks more like a cheerful encounter, which Don agreed. Don said that I could use the colour mood of my cover image to give a more ominous feeling, since the blues are darker too. I also realised that I should have given the diver a different body language, one more of shock and caution rather than happily embracing the situation (and thinking that he is swimming to his death). I could have also probably replaced yellow on the diver with orange instead since blue and orange are complimentary colours to each other. Overall, this has been a fun experience for me to learn how to use colours to convey emotion in an image.