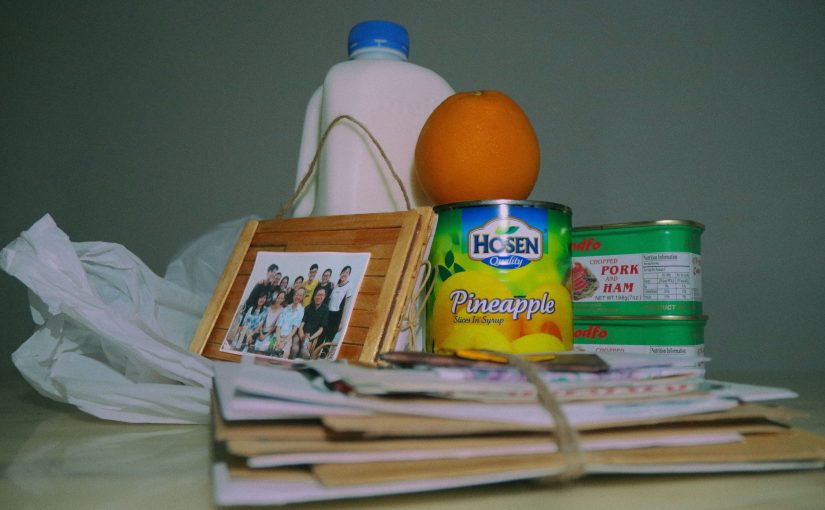 Nani? What is this about?

The narrative of the image was inspired by Wong Kar-Wai’s Chungking Express. Specifically these two lines said by Cop 223:

Somehow everything comes with an expiry date. Swordfish expires. Meat sauce expires. Even cling-film expires. Is there anything in the world which doesn’t?

If memories could be canned, would they also have expiry dates? If so, I hope they last for centuries.

In this composition, I tried to depict the groceries previously bought from the supermarket being placed on the table. The edibles chosen were either canned foods or simply foods that expire easily. They are accompanied by photographs and handwritten notes that represent the “memories” aspect of the quote chosen. And of course, the composition wouldn’t be complete without the iconic sliced pineapples (but not the actual brand from the movie…I couldn’t find that brand in NTUC).

In terms of stylistic approach to the edit, I heavily referenced the scene of He Qiwu (Cop 223) eating the sliced pineapples. 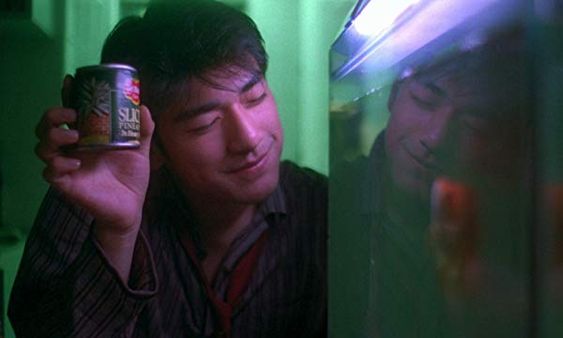 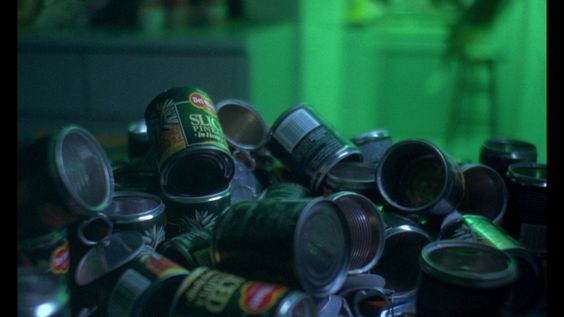 The greener hues and the grain as well as the magenta highlights stood out the most to me. The mood from the scene was solemn but still playful. Though it was visually appealing, I still felt unsettled. To incorporate the dreaminess or hopefulness of the second quote, I chose not to use the high contrast in these screenshots.

This image titled ‘Wrap Sheet’, though thematically dissimilar, had the right composition and feel I wanted for the scene of “coming back from the market”. I referenced the composition as well as the shapes they used overall. 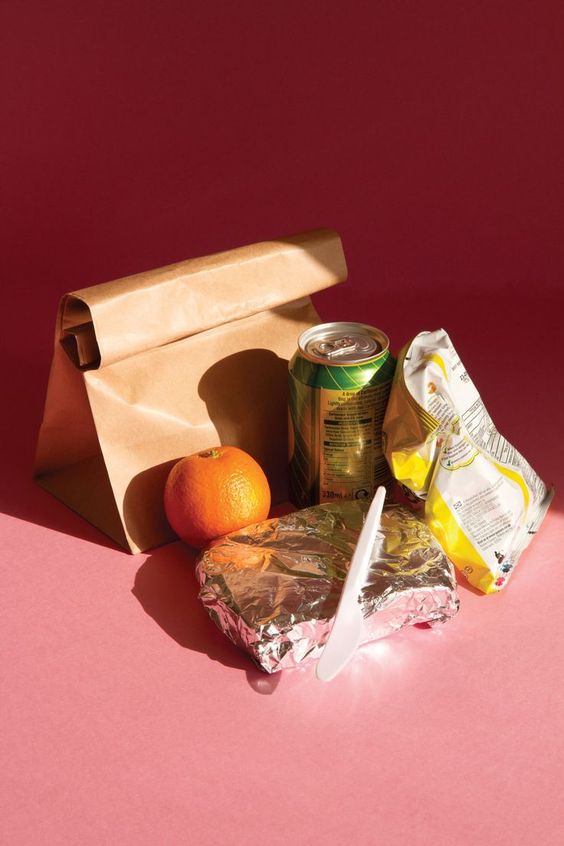 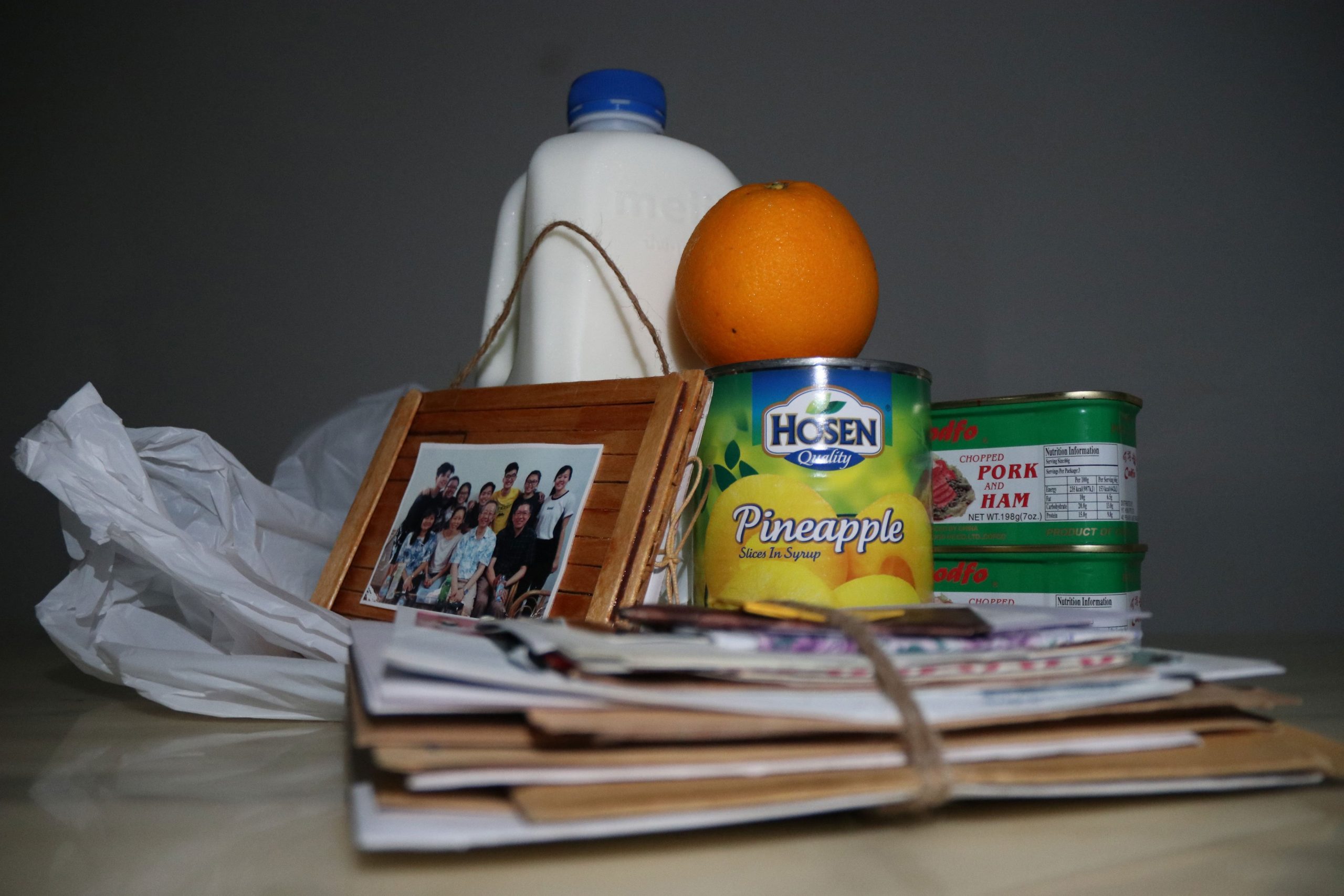 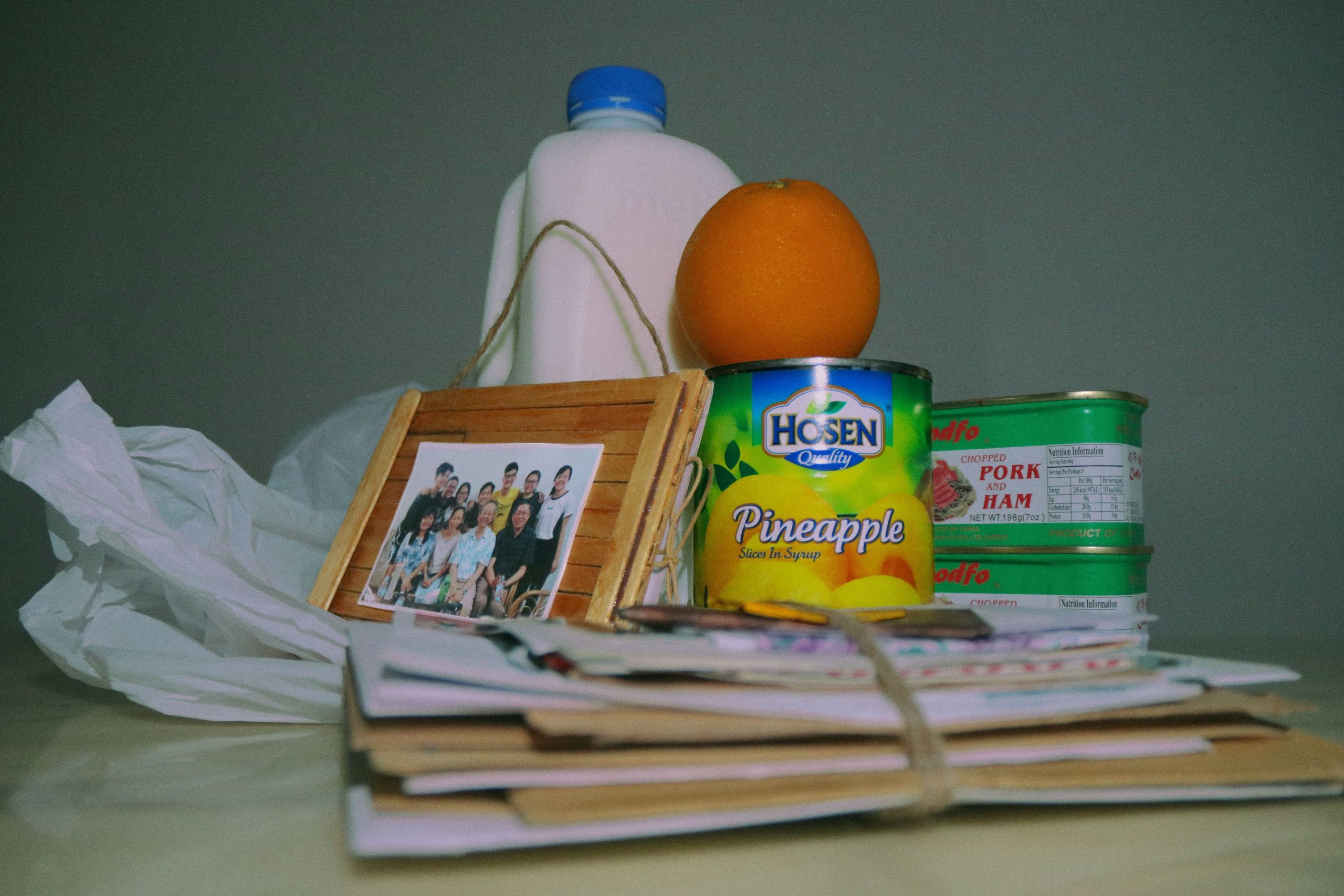 Canon 80D. As I’m not the most familiar with photography or how to use a DSLR to take good pictures, so I just auto-ed it. I focused mainly on the pineapple can, it being the most iconic object in the picture. I also turned off all the lights in the room and used my phone light to create the lighting I wanted (soft w/ not much harsh shadows + isolating the milk bottle from the white wall behind it).

After the cleaning up the dust on my camera lens (??? oopsies) and the dirt on the orange etc., I did a quick colour balance based off the white on word “pineapple”. I then lowered the highlights and brightened the shadows to decrease the contrast to create a dreamier look.

I then brightened the photo and the frame separately just to fit the softness overall as the blackness of the clothes in the picture was distracting. Then brightened pineapple can, bringing up the highlights to bring more focus on it.

Finally, a quick lens correction for the slight slant in the original and distorting it just a tiny bit to make it look less harsh/”in your face”. And the grain to sort of replicate the grain in the original screen cap.

Comments taken into consideration for Part B of the assignment:
1. BOLD BE MORE BOLD
2. COLOURS BE MORE BOLD
3. MESSY TOO NEAT
so this is the second rendition 🙂
before 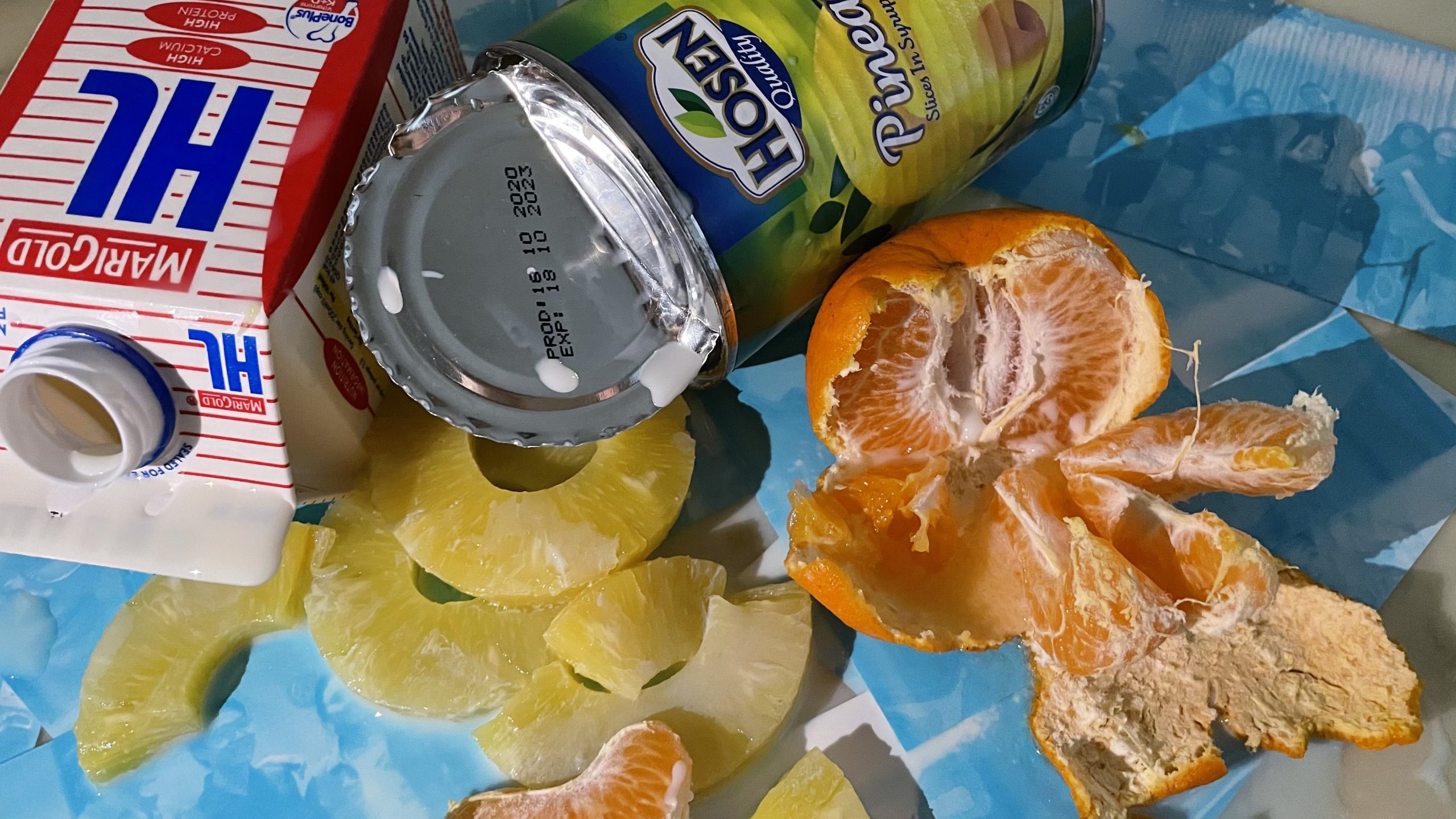 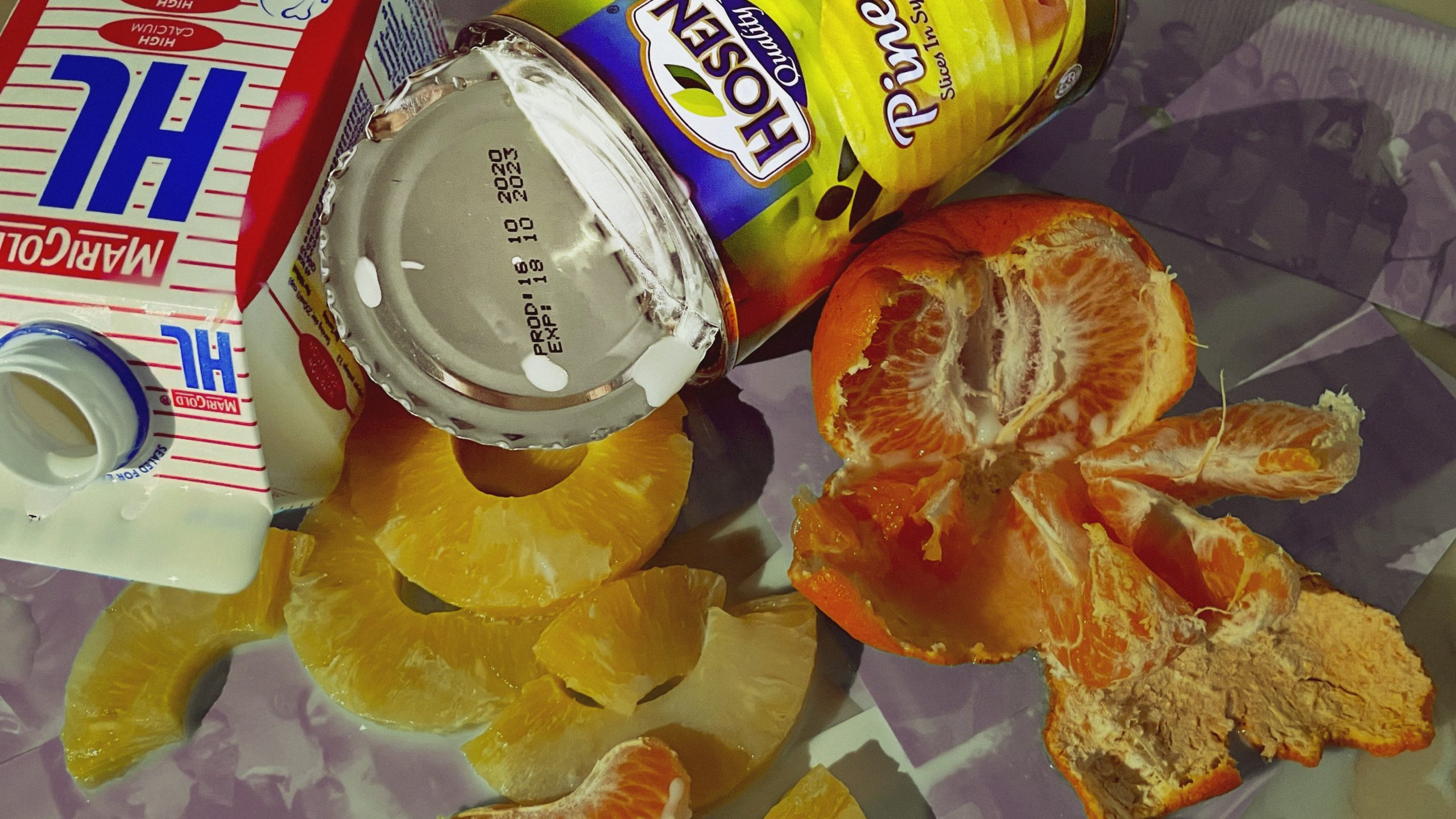