The Flow of Violence by Sylvester Tan: 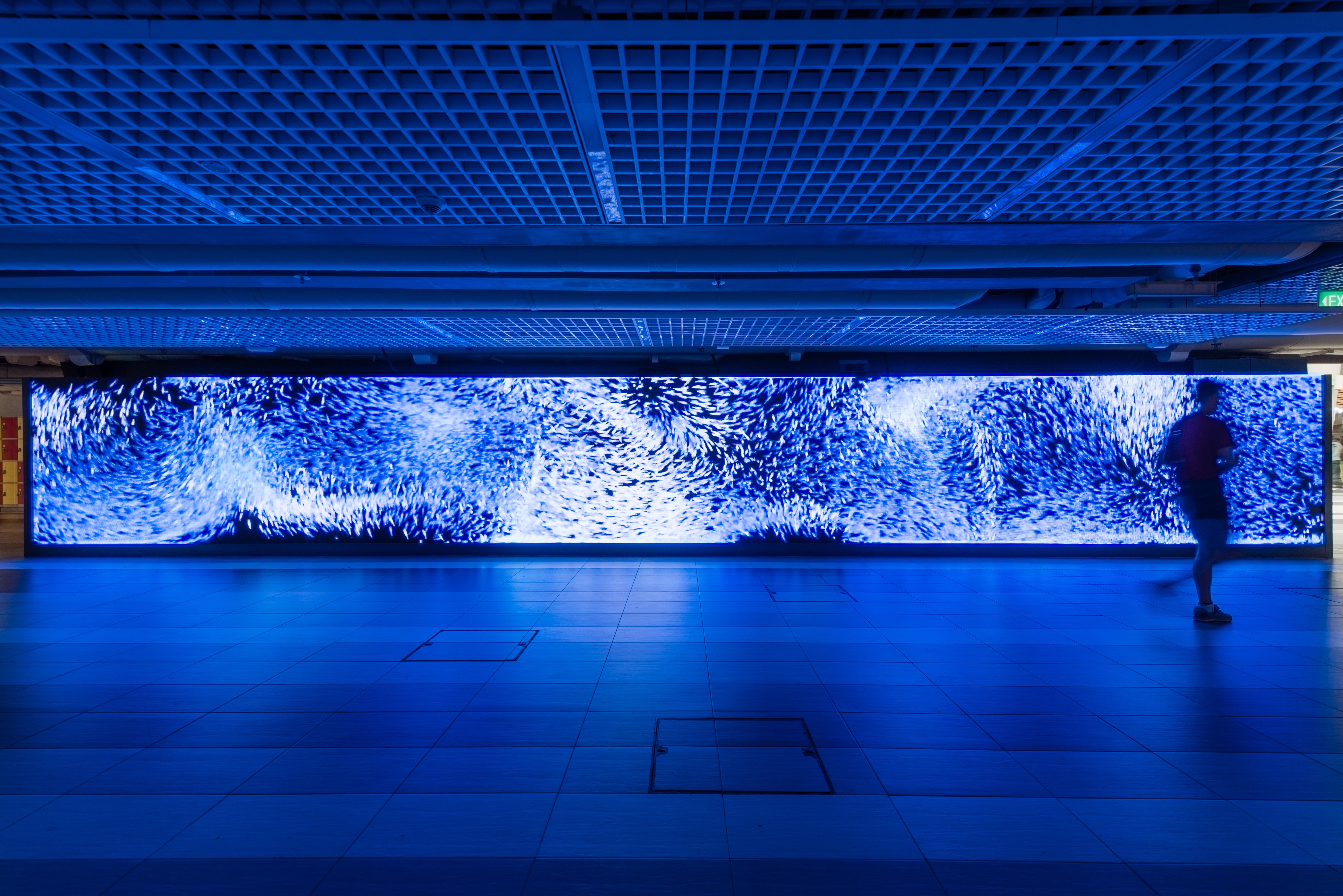 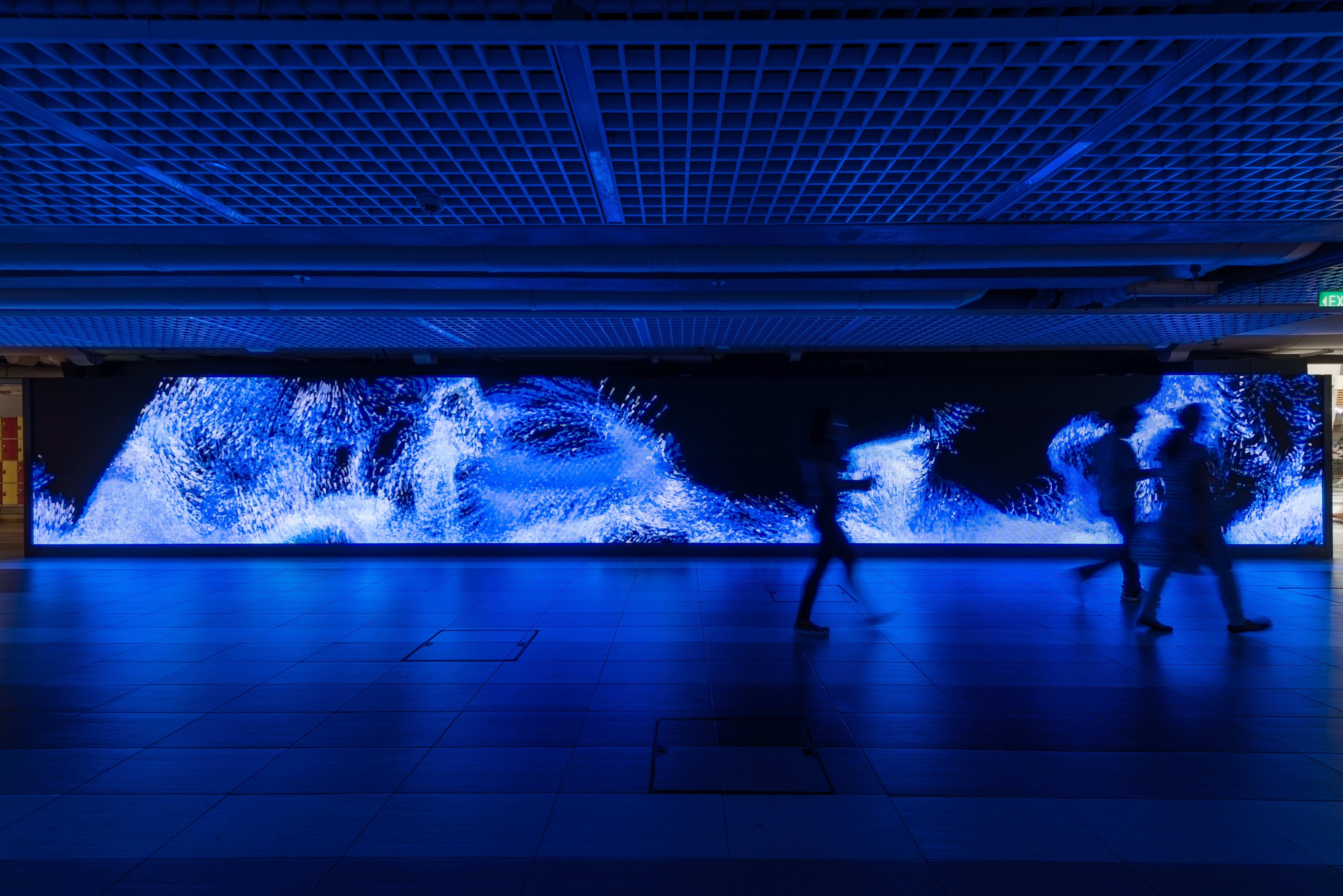 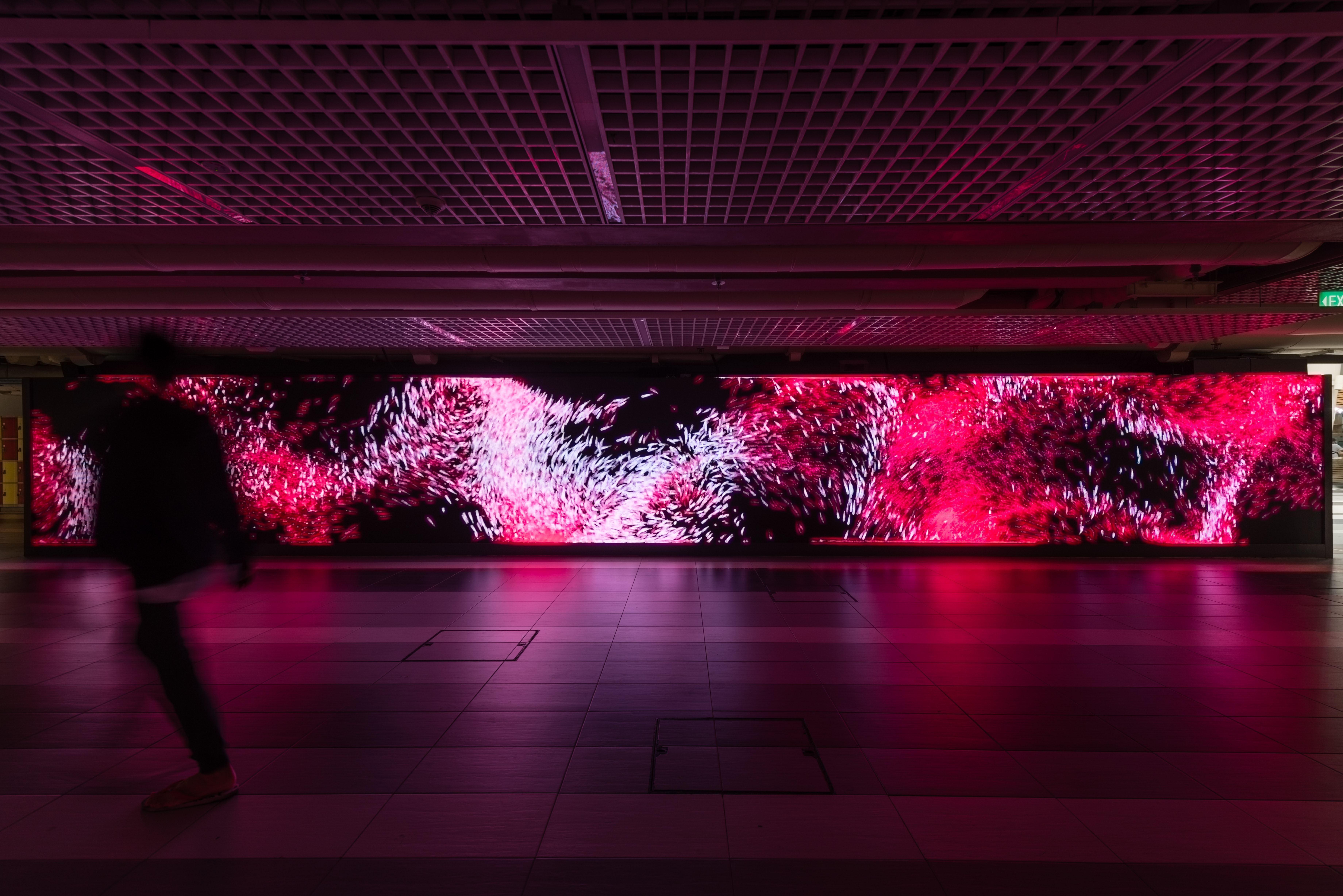 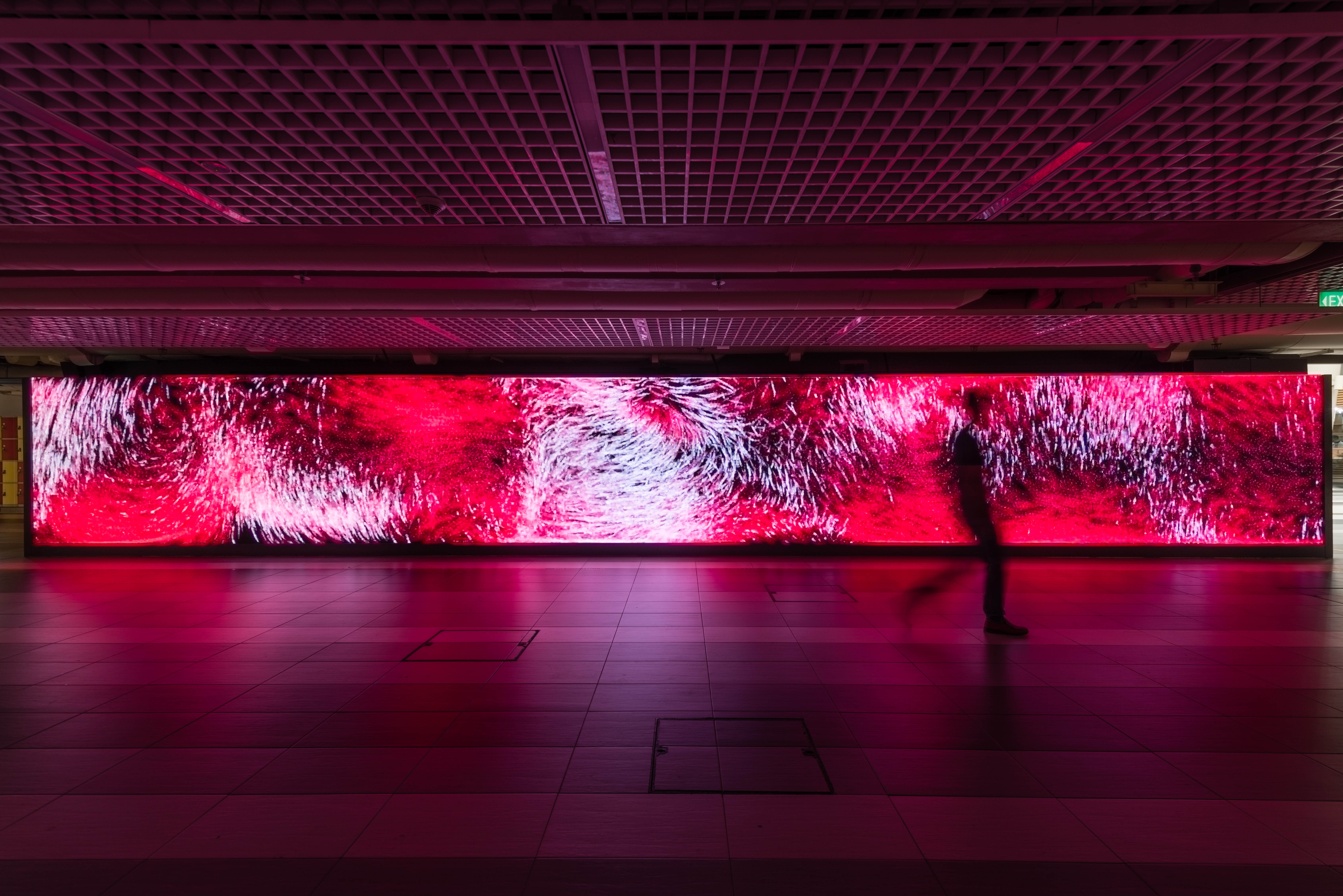 I’m always interested in exploring new mediums and methods to create abstract pieces that tells a story or to make a particular statement. In this project, it started off with an idea/story related to Southeast Asian mythology and through the use of new media, Cinema4D in particular, recreate a modern and unique visuals for the theme:
1. Case Studies
2. Moodboard
3. Prototype 1
4. Prototype 2 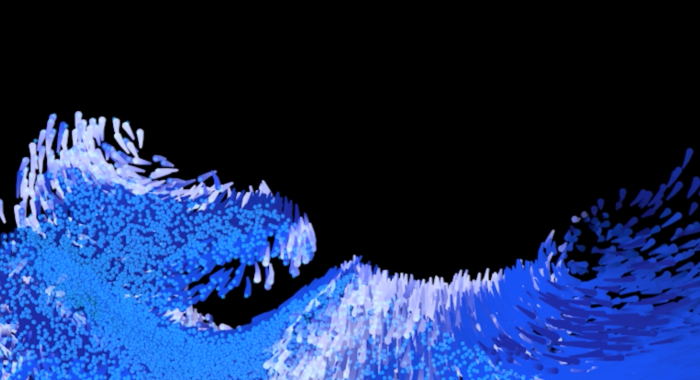 Link to Process and Documentation 1

For this week’s progress, I tried out different variations and/or camera view on cinema 4D. My final results for this piece will be played with music, hence, I thought it would be best to render out different interesting variations and piece them together using premiere pro.

The Waves and Particles:

I used the same technique of how I created the wave to create random particles to illustrate the movement of swordfishes, but it didn’t turn out looking like how swordfishes will move:

Hence, I tried out another way of creating trails of particles coming into the frame at different time: For week 5 process documentation, I jump right into Cinema4D and explore the particle  generator to produce the fluid form. I am still figuring out how to add more elements into it but I feel that this is a huge progress. I am quite satisfied with what I produced so far and maybe I will start exploring more in-depth.

First, I create a huge amount of particles in cinema4D and let it flow freely. The tutorial that I have posted in my research documentation really helps in learning for sure. However,  I was very unsure of how I am gonna frame within the wall and how render works. So this is the first trial that I have created. I spent quite a couple of days to figure out all the function to create this:

I found out that I can actually frame a rectangular shape that contains all the particles. So when they will ONLY flow within that boundary. This is quite useful because it helps to frame the whole composition to the dimension of the Media Wall in north spine, and it’s also quite easy to adjust it to fit into different dimension as well.

I also added a trail effect to those particles and it has this very beautiful look to it:

This is the first rendered version:

and the second rendered version to longer particle trails: 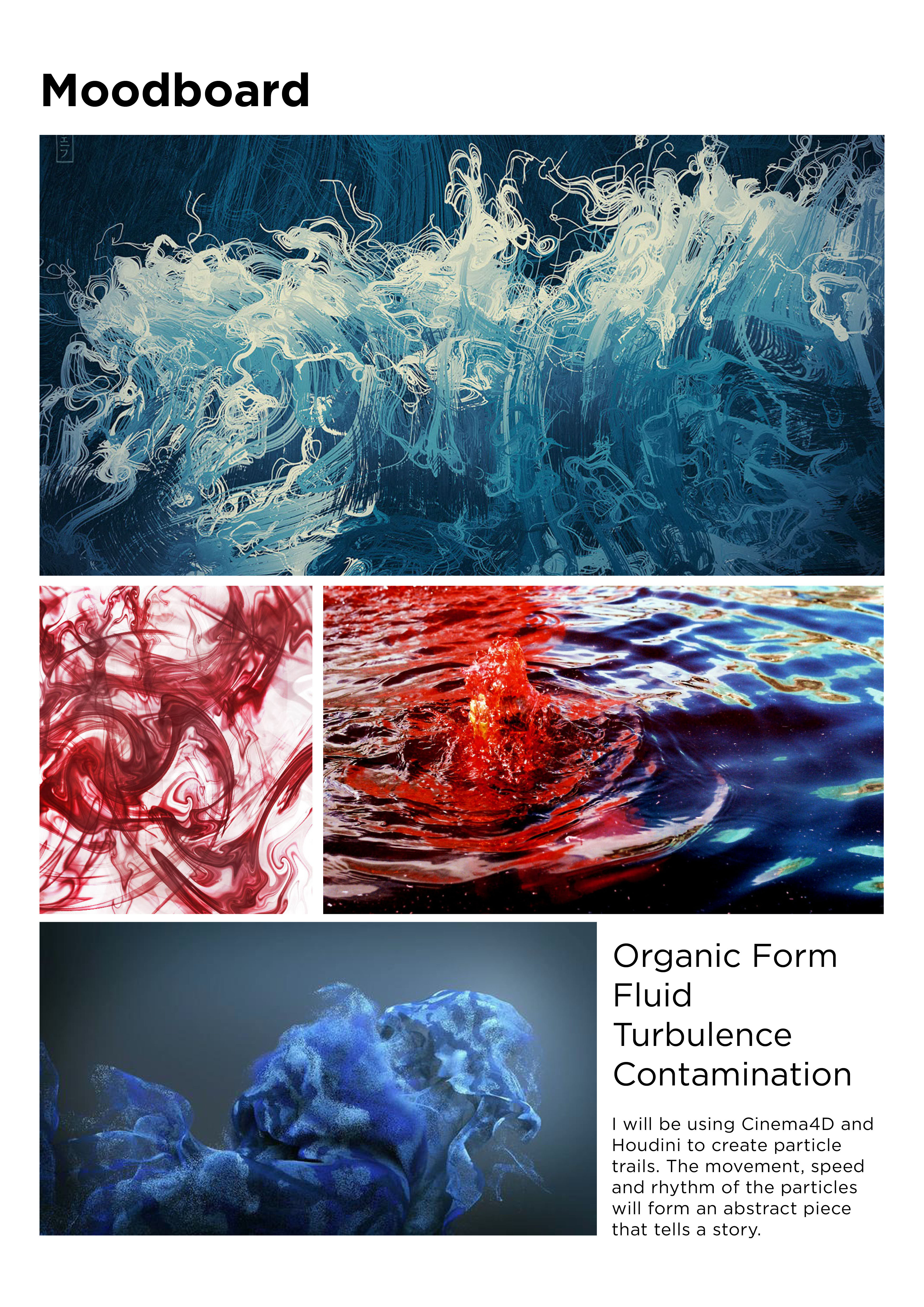 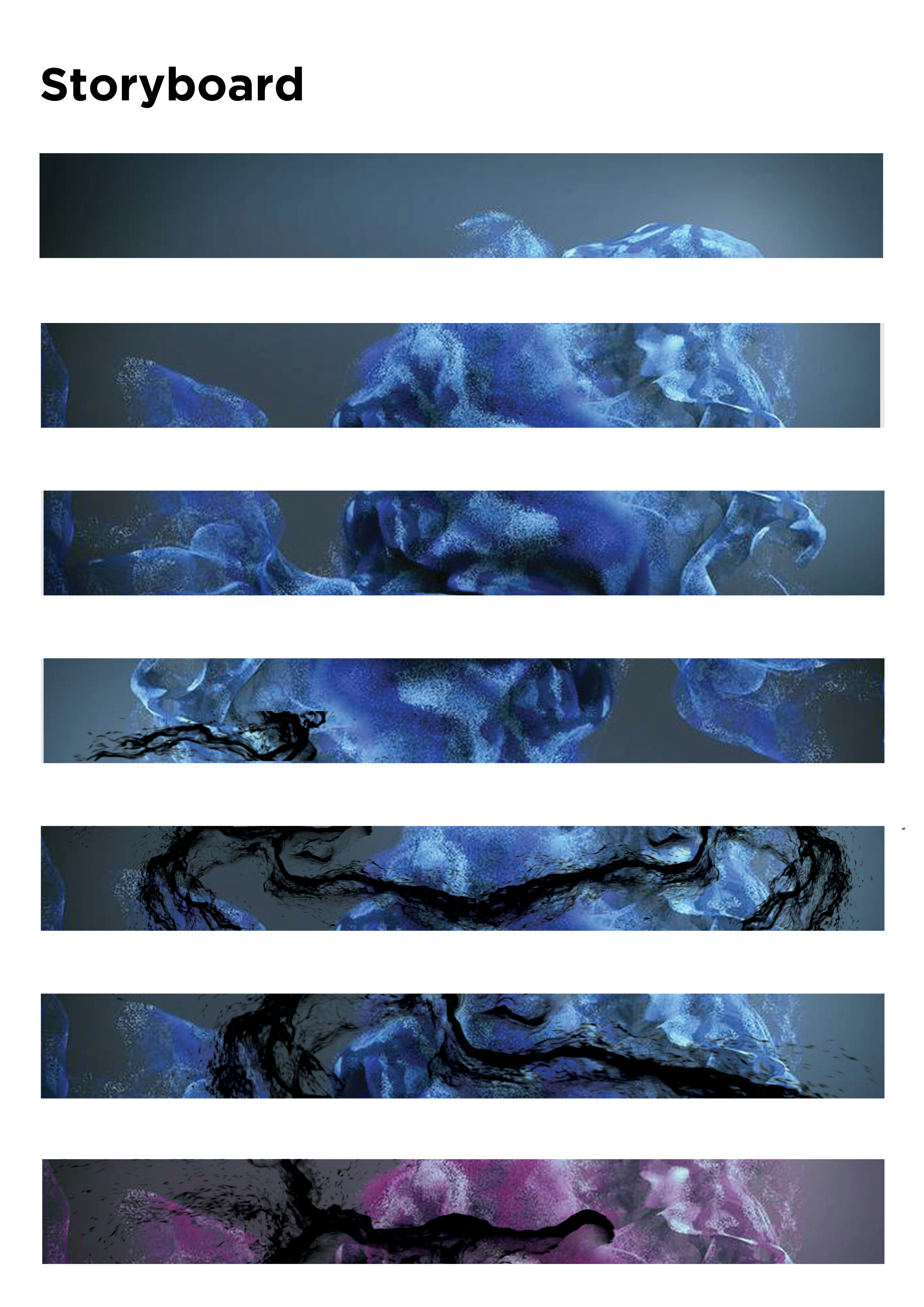 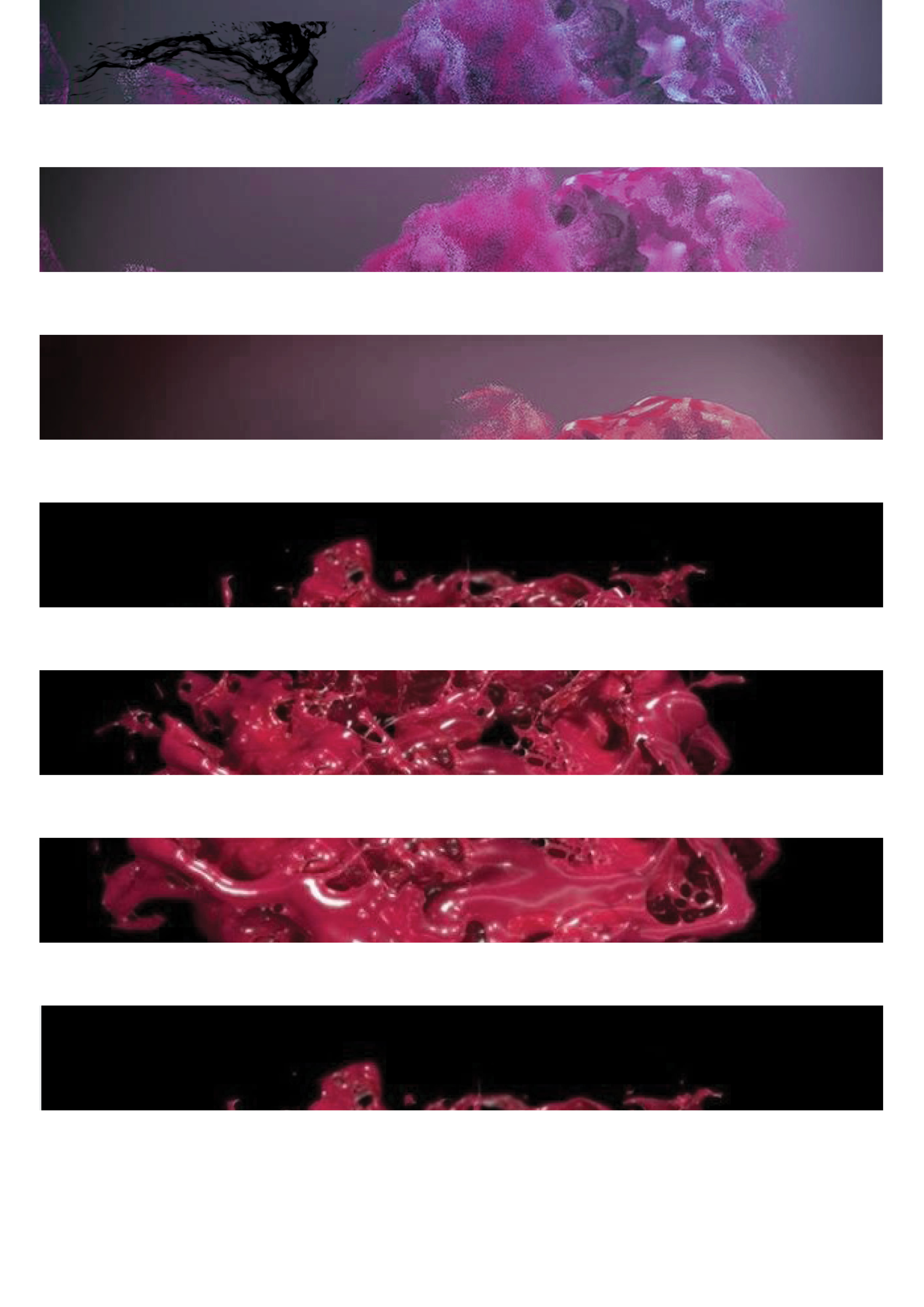 Here are some music inspiration that I think will also help with the composition: 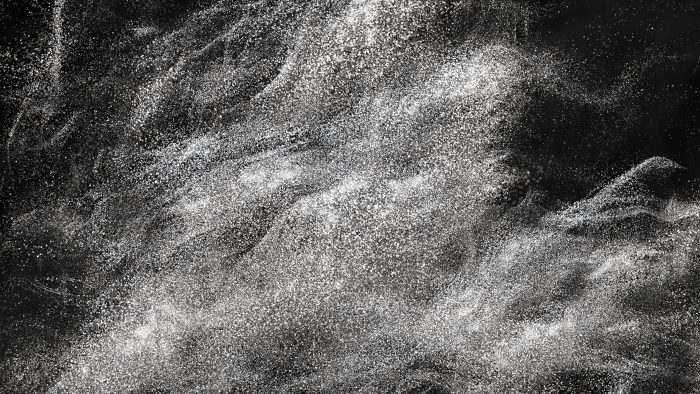 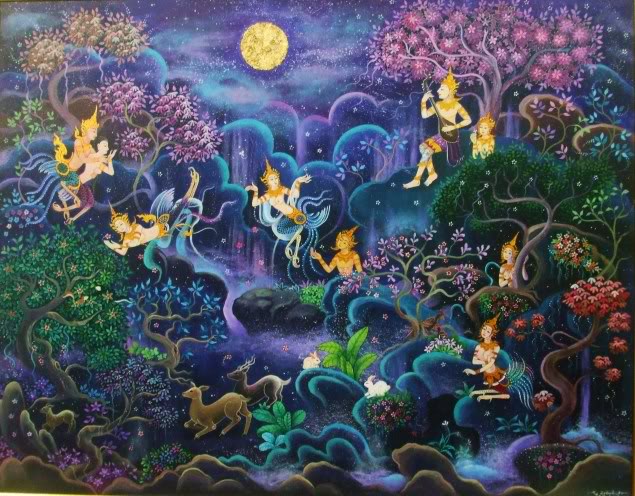 The legendary Himmapan Forest is said to be located in the Himalaya Mountains. It is also believed that the forests are located below the Buddhist heavens and are invisible to the eyes of mortals, who can never approach or enter.

Most of the mythical creatures seen in Indian and Thai art/old literature live in the mythical Himapan Forest. The forest is populated with strange creatures, unknown to human realms. Many of the creatures of this mythical world have been represented in Indian / Thai classical art and architecture for many years and are found in sculptures, paintings, carvings and decorative items. 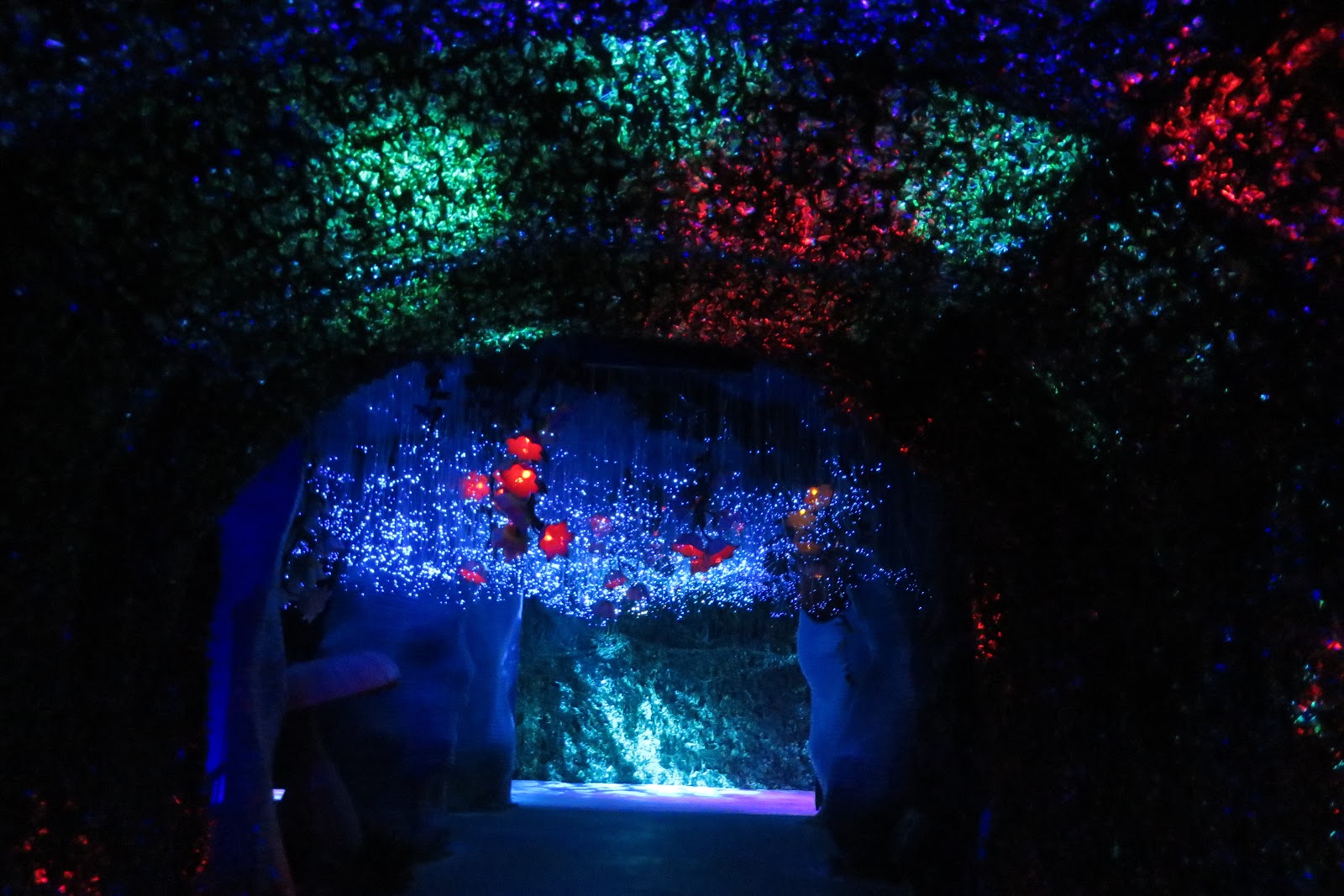 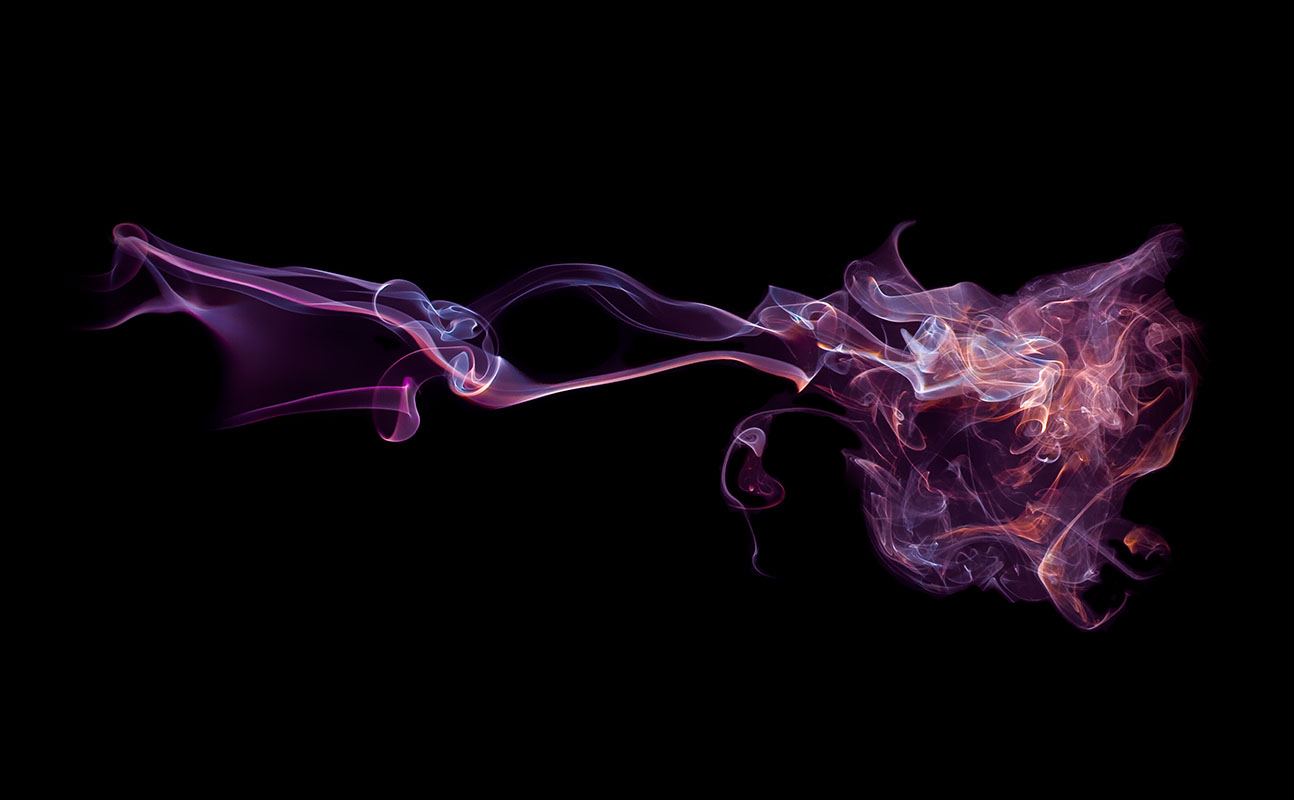 The Himmapan Forest and the creatures living within are purely imaginary and artists have been interpreting them in a more direct representation of how they supposed to look like. In contrary, my approach to this theme is to use abstract patterns and motions to represent the forest and the mythical creatures to create a immersive experience for the audience. Instead of using literal symbols and motifs such as trees and leaves to represent Himmapan Forest, I will be creating coloured patterns with motion to show the mythical aspect of the place as shown above. These patterns will move according to the audience’s movement. The mythical creatures or “spirit” that resides in the forest will be represented by vapours (as shown below) that will follow the movement of the audience using motion tracking.

Seventh Sense is co-authored by Ultra combos and Anarchy Dance Theatre, a council subsidy digital performing art project. The Seventh Sense is an interactive environment containing the performers and the audience; beyond the performing, the piece tries to bring the viewers and the dancers to a mutual and shared space in order to create an unimaginable experience afar from the known senses.

Theme 2: A Myth of Singapore – Redhill and Tanjong Pagar A long time ago, the southern coast of Singapore was infested by numerous fierce swordfish. The villagers and fishermen could not ply their trades at the sea, as they would be attacked by these fearsome creatures if they ever ventured near the waters. The people requested help from the Sultan, but even him and his royal army could not do anything about it.

A little boy then proposed a solution to the Sultan. Build a row of barricade made of banana tree trunks along the affected coast, he said. When the swordfish tried to attack the villagers again, their pointed beaks would pierce through the barricade and would be trapped immediately. The plan worked perfectly, and the smart boy became popular among the villagers as their saviour. This invited jealousy from the Sultan. Fearing his rule would be threatened in the future, he sent his soldiers to kill the boy who lived on top of a hill. As the poor boy died, his blood flew down the hill, soaking the whole hill red. This was how Redhill, or Bukit Merah (literally means hill red), got its name.

In turn, the place where the barricade of banana tree trunks were set up became known as Tanjong Pagar, or “cape of stakes”. 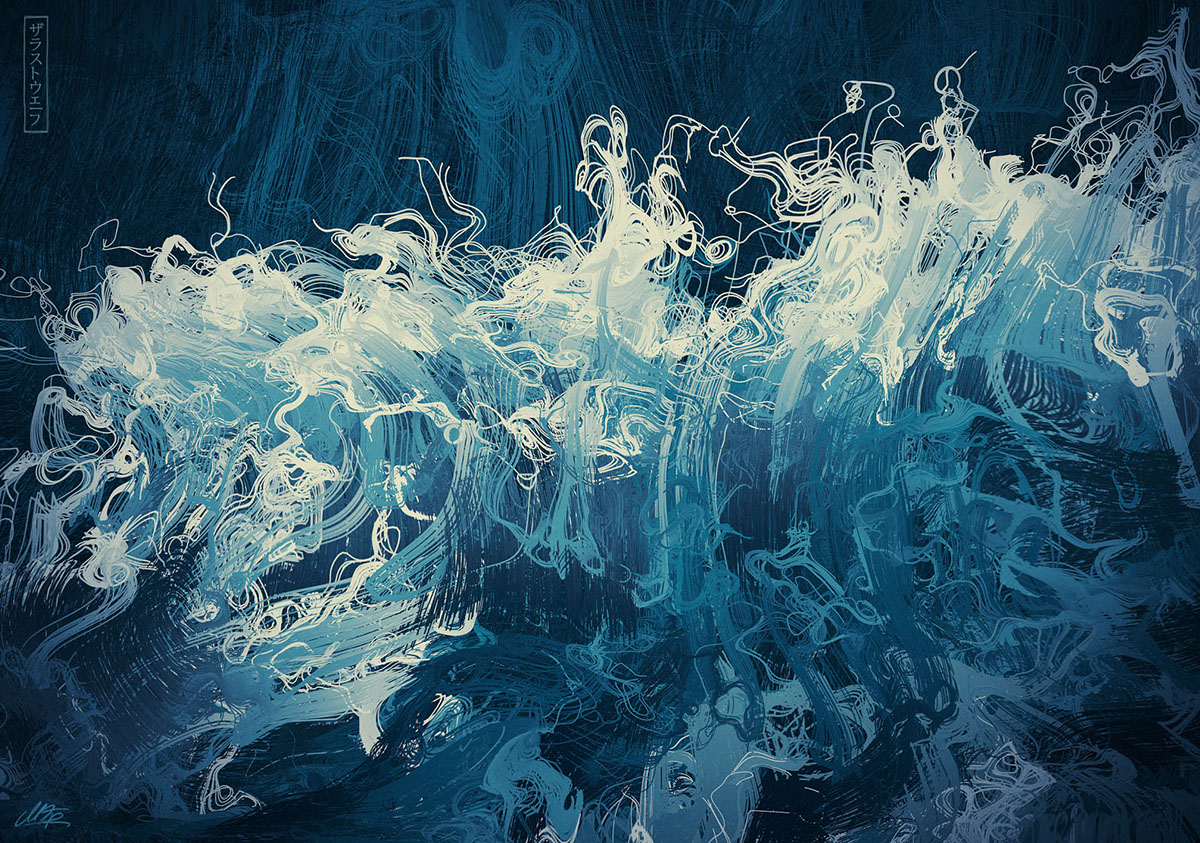 The main idea of this concept is to use abstract art to tell the story mentioned above. The movement of water turbulence as well as the moving objects that represent swordfishes that moves within the water turbulence would be an interesting combination that creates a unique visual experience  for the audience.

Here are some of the reference photo: 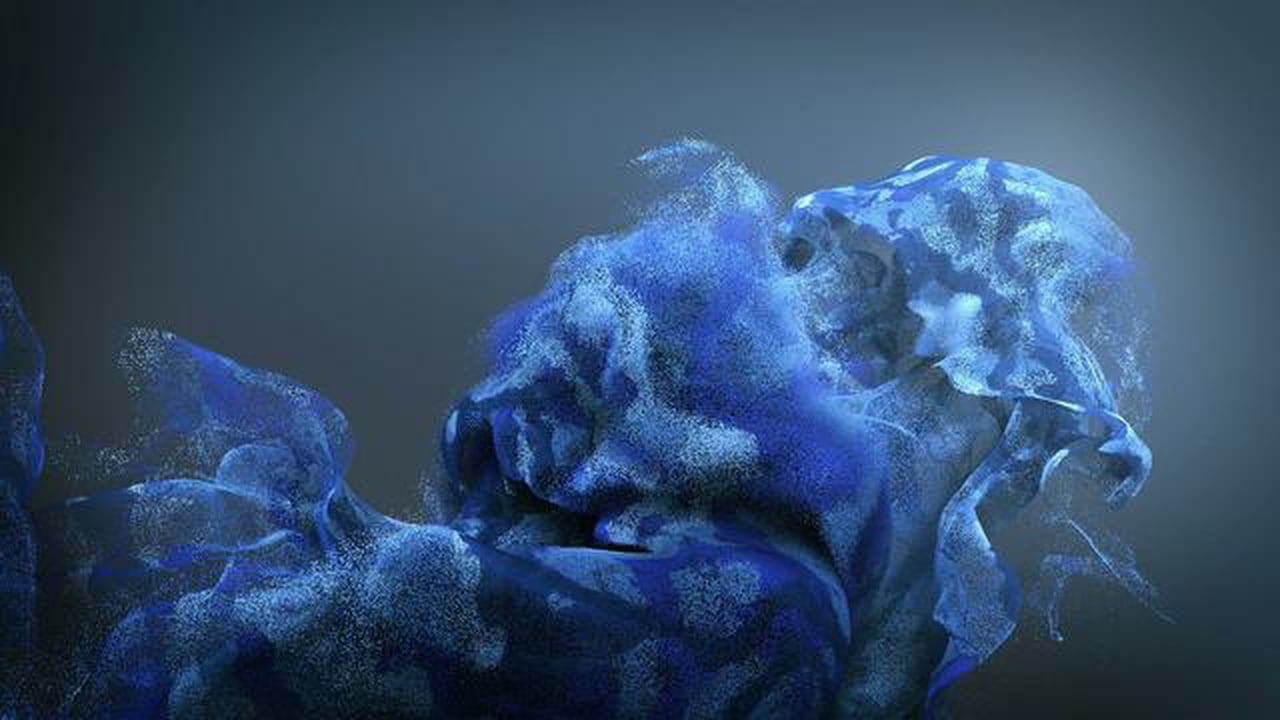 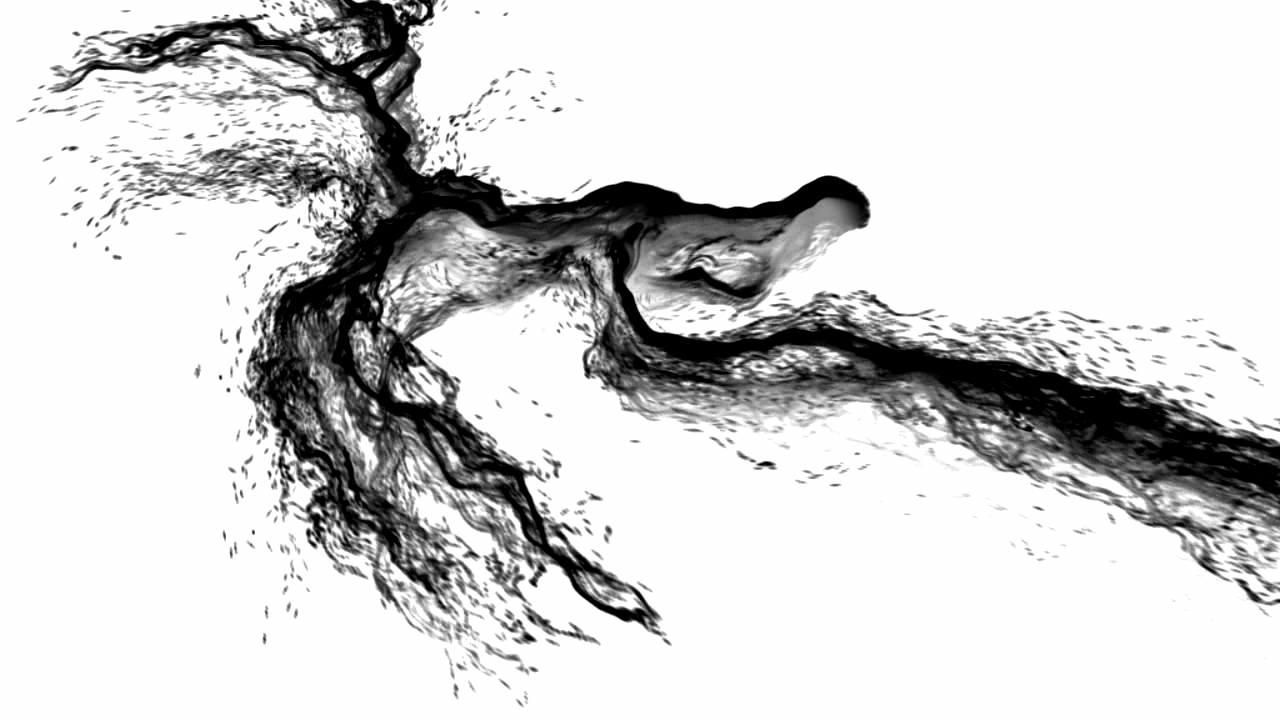 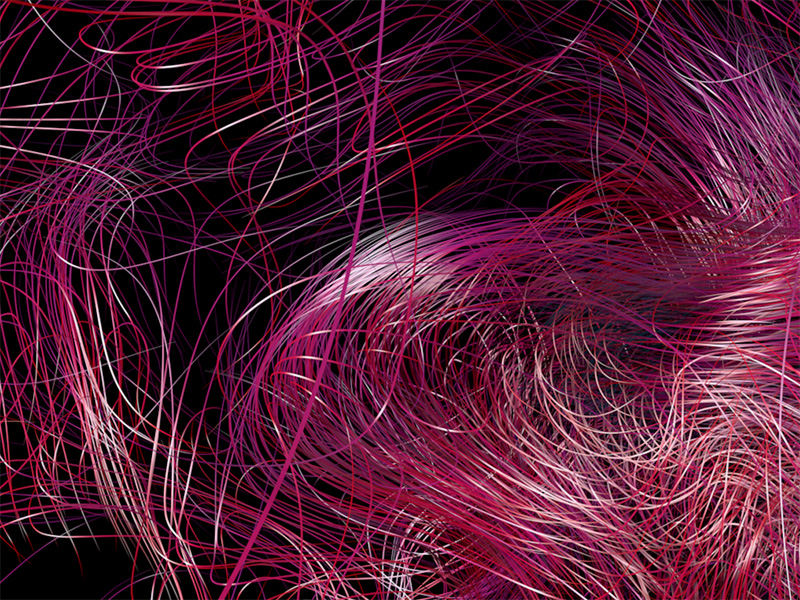 I was very inspired by this public art project by media artist Refik Anadol when Prof Ina showed the video to us during the first lesson. I did some research on how to create similar motion graphics and I came across this powerful software “Cinema4D” that allows artist to create beautiful 3D motion graphics. I also found out that After Effects can work too, hence I’ll need to figure out both softwares to find out which works best. 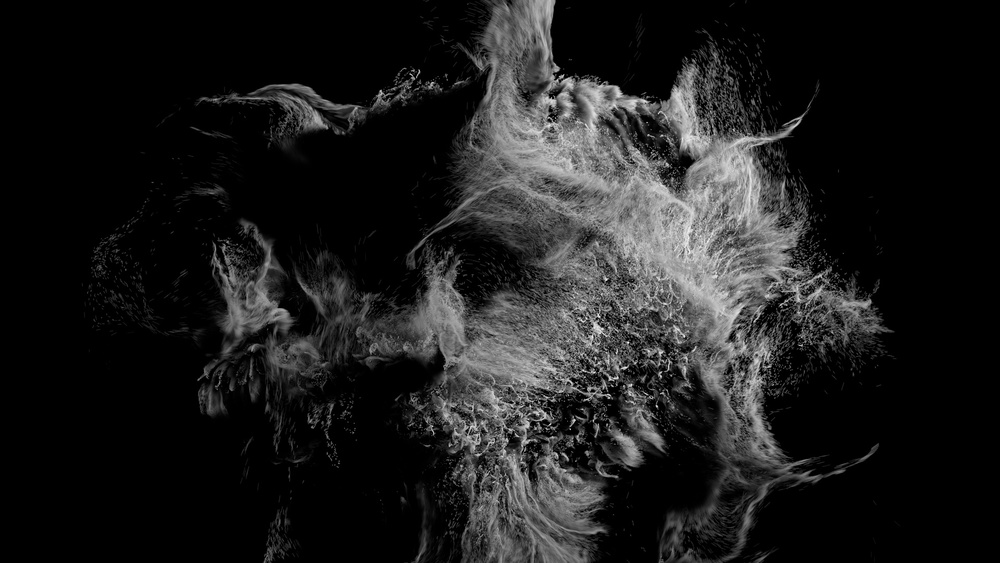 I have been following David Mcleod’s Instagram account for quite awhile and I was very inspired by all his motion graphics. He is a multi-disciplinary Illustrator and Artist based in New York, and his work is similar to what we see in “Virtual Depiction: SanFrancisco”. His works are often very fluid and organic, and it involves alot of graphic motions and patterns. All his works are generated from Cinema4D. Here are some images of his work: Some tutorials that I find useful and relevant to my ideas:

PDF Version of my Proposal: 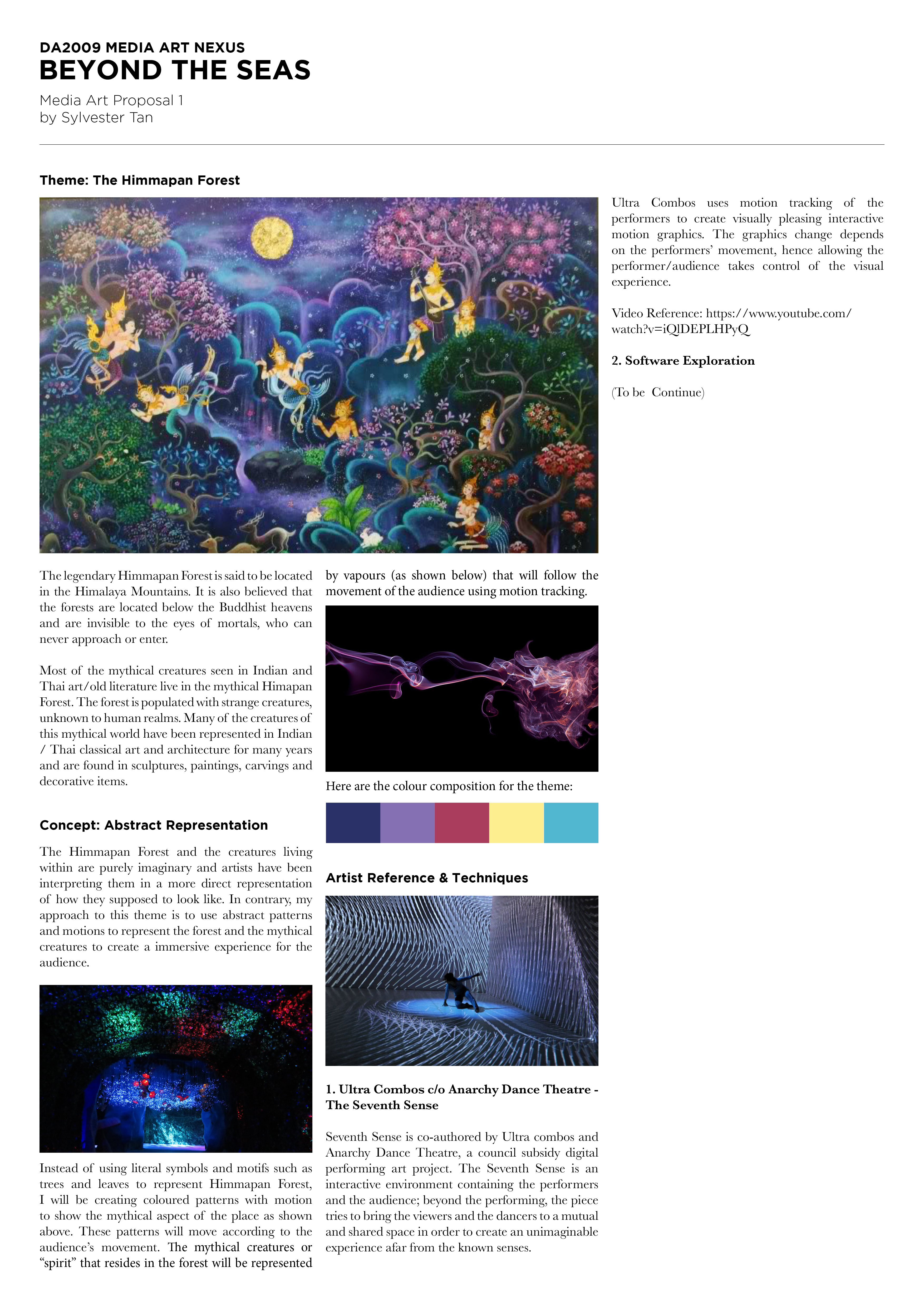 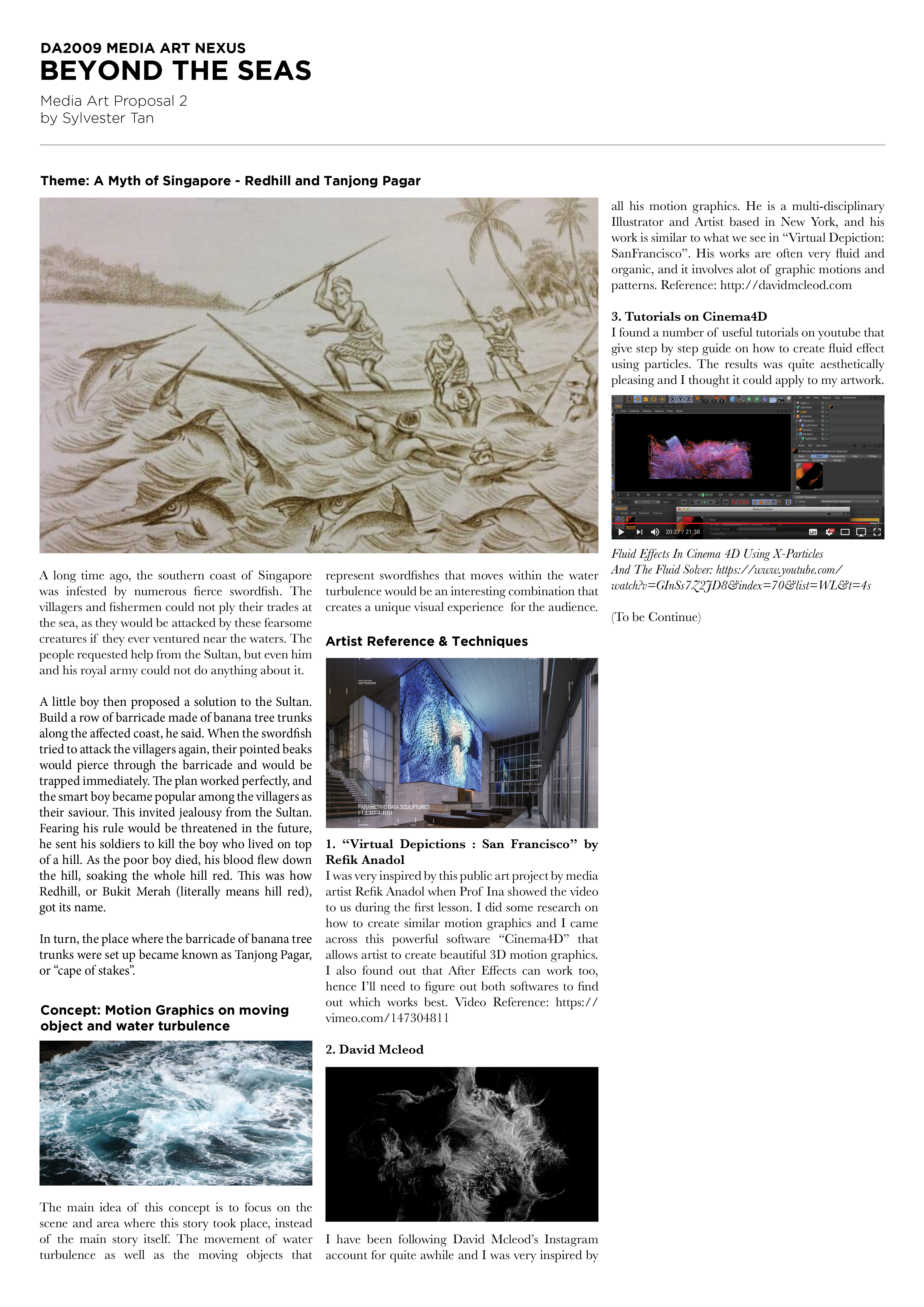