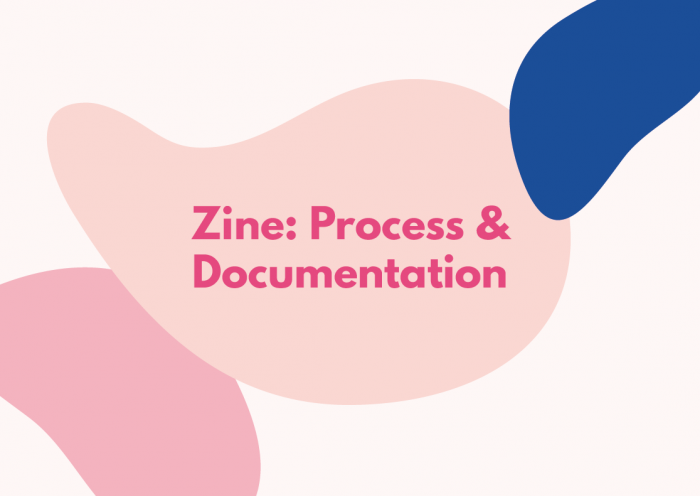 As presented in my research presentation, my initial idea for my zine was to focus on the 4 china beauties in Simei and where to find them, using oriental elements for the design. However, I gathered some feedbacks from my peers that it lack a bit of a personal touch to my entire zine, and the information with regards to the 4 beauties can be easily found online. Hence, I decided to focus on the geometric shapes that I saw during my site visit in Simei 🙂

So based on the layout research I did beforehand, I wanted my zine to look minimal and clean. Hence, I tried out a few layouts with that style: 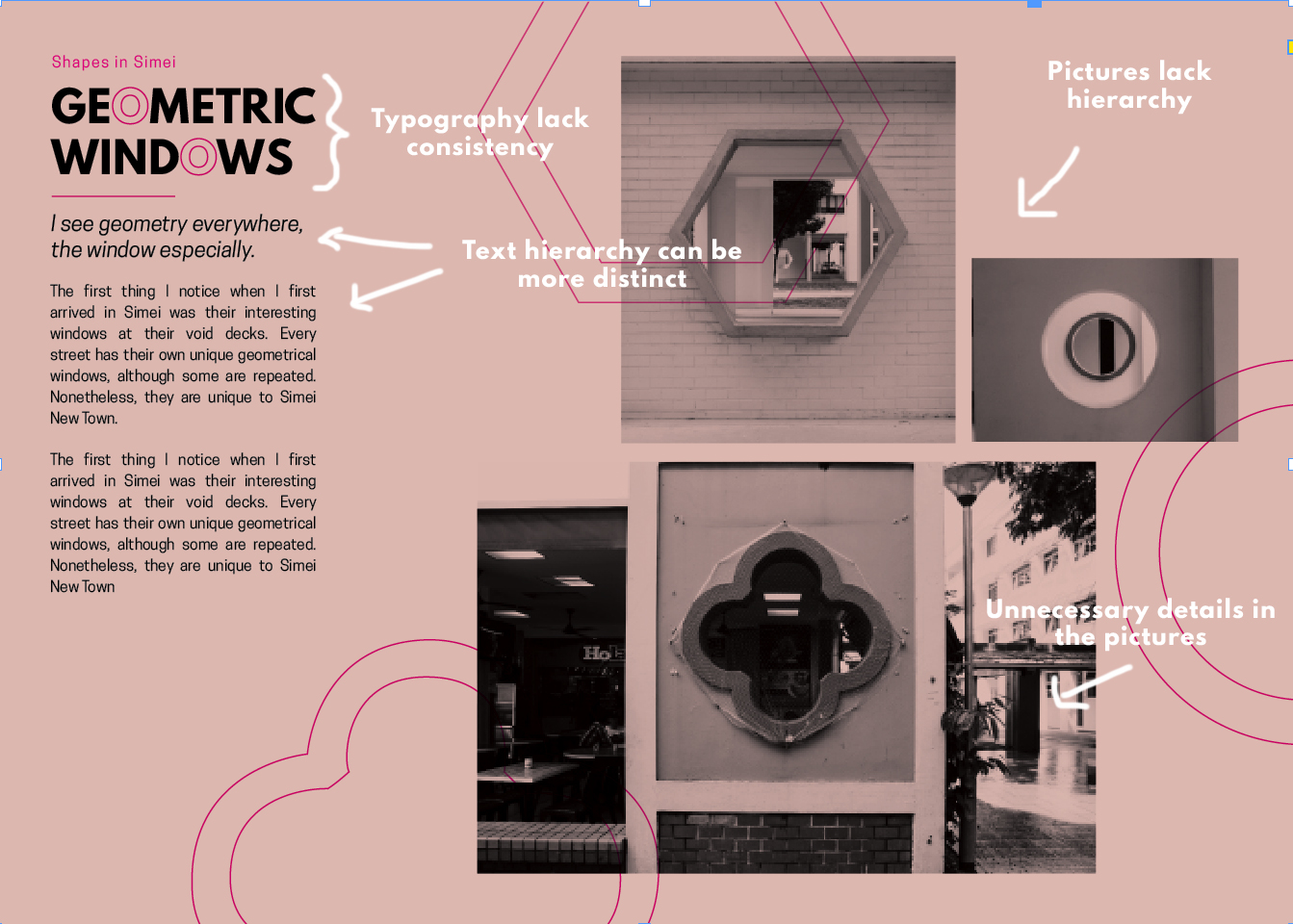 This layout lacks hierarchy for the images and Ms Shirley suggested to remove some unnecessary details on the images so that audience can focus on the main object without distraction. I also feel that I could push the text hierarchy abit more. 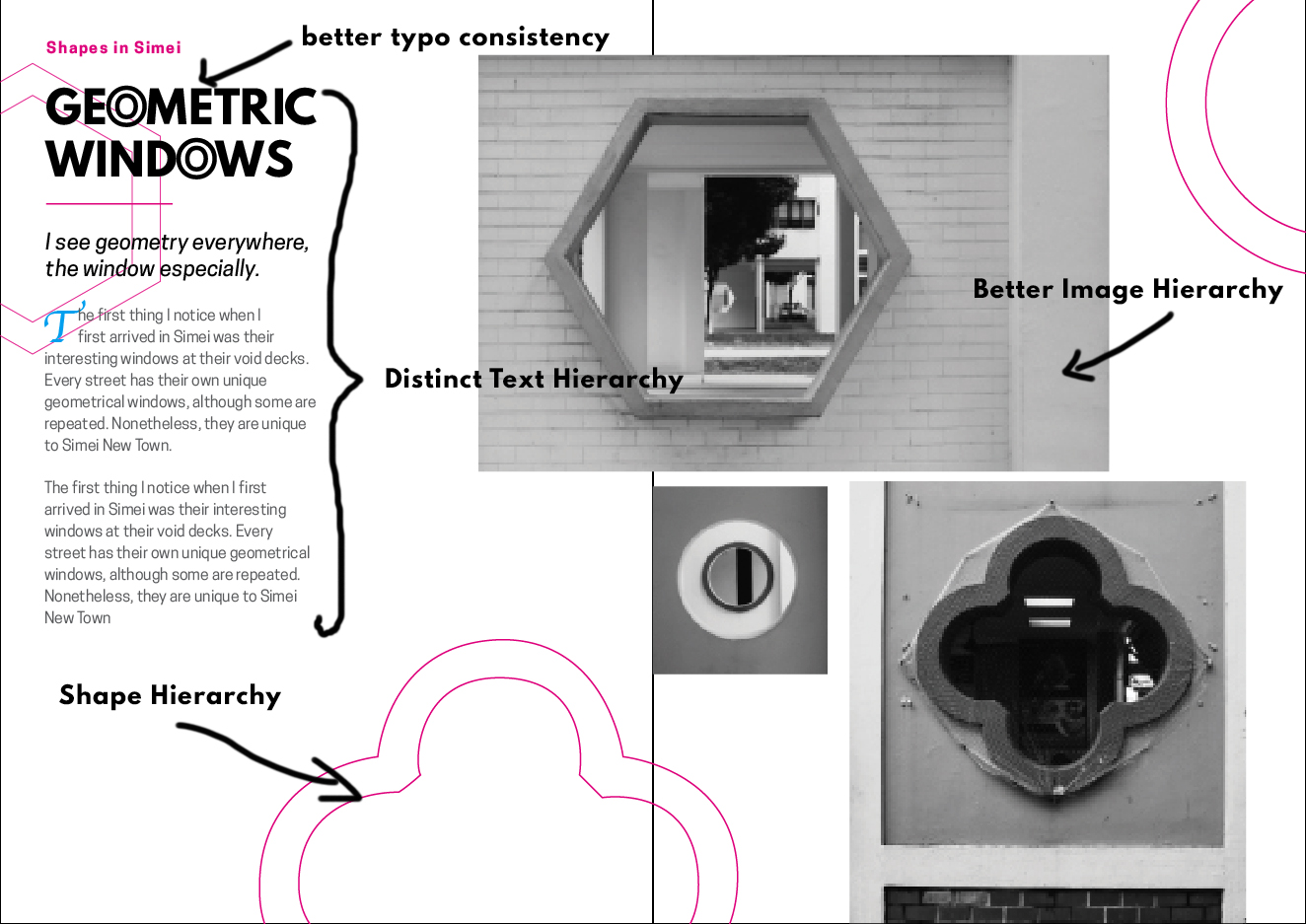 However, I was not very satisfied with my layout and I thought I could make it look more interesting and fun by adding more colour and elements: 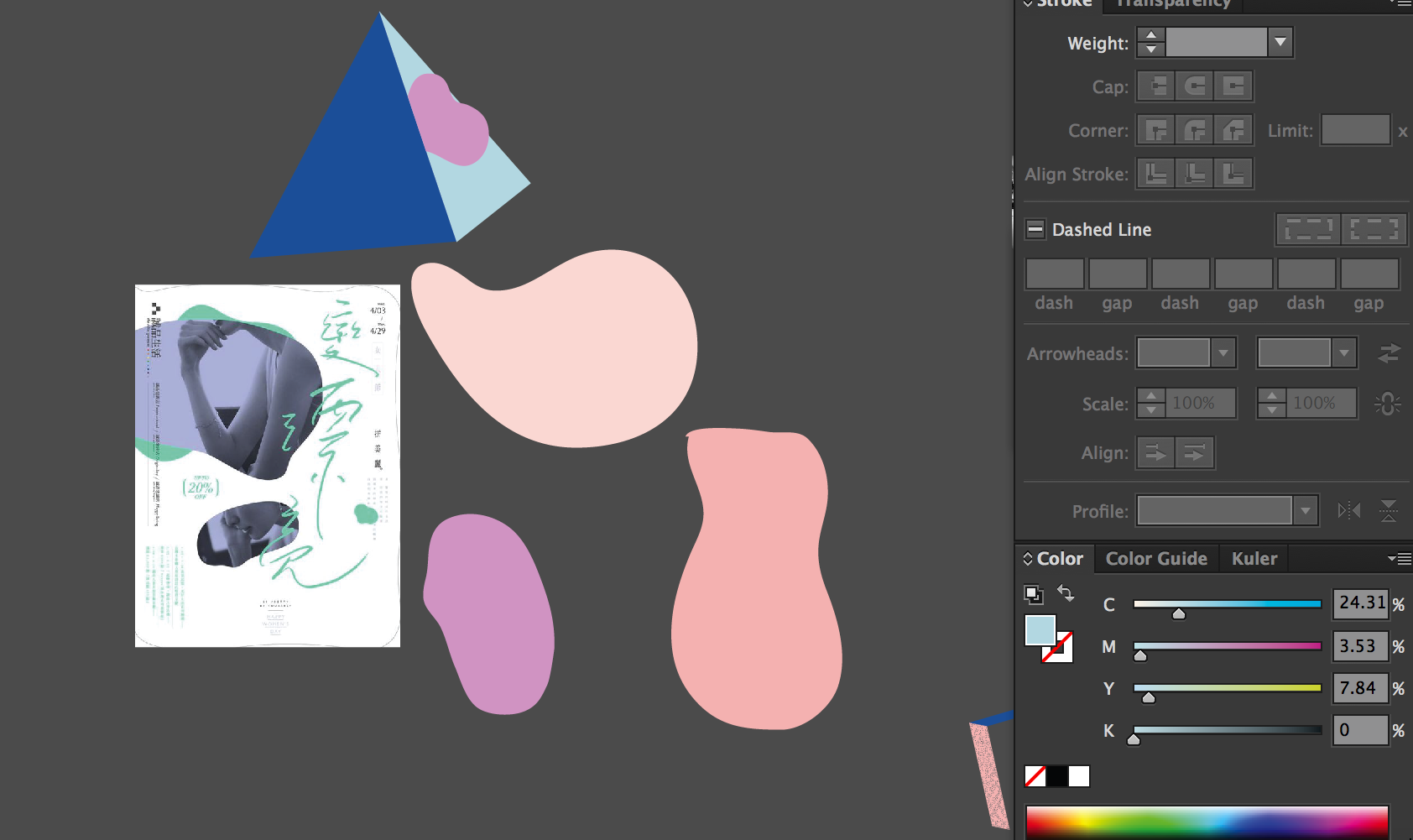 I found this poster layout online and I really like the organic shapes that the designer has created. So I started sketching different organic shapes on Illustrator and apply it to my layout.

I also tried exploring with typography using only shapes and texture on the chinese character of “Simei”: 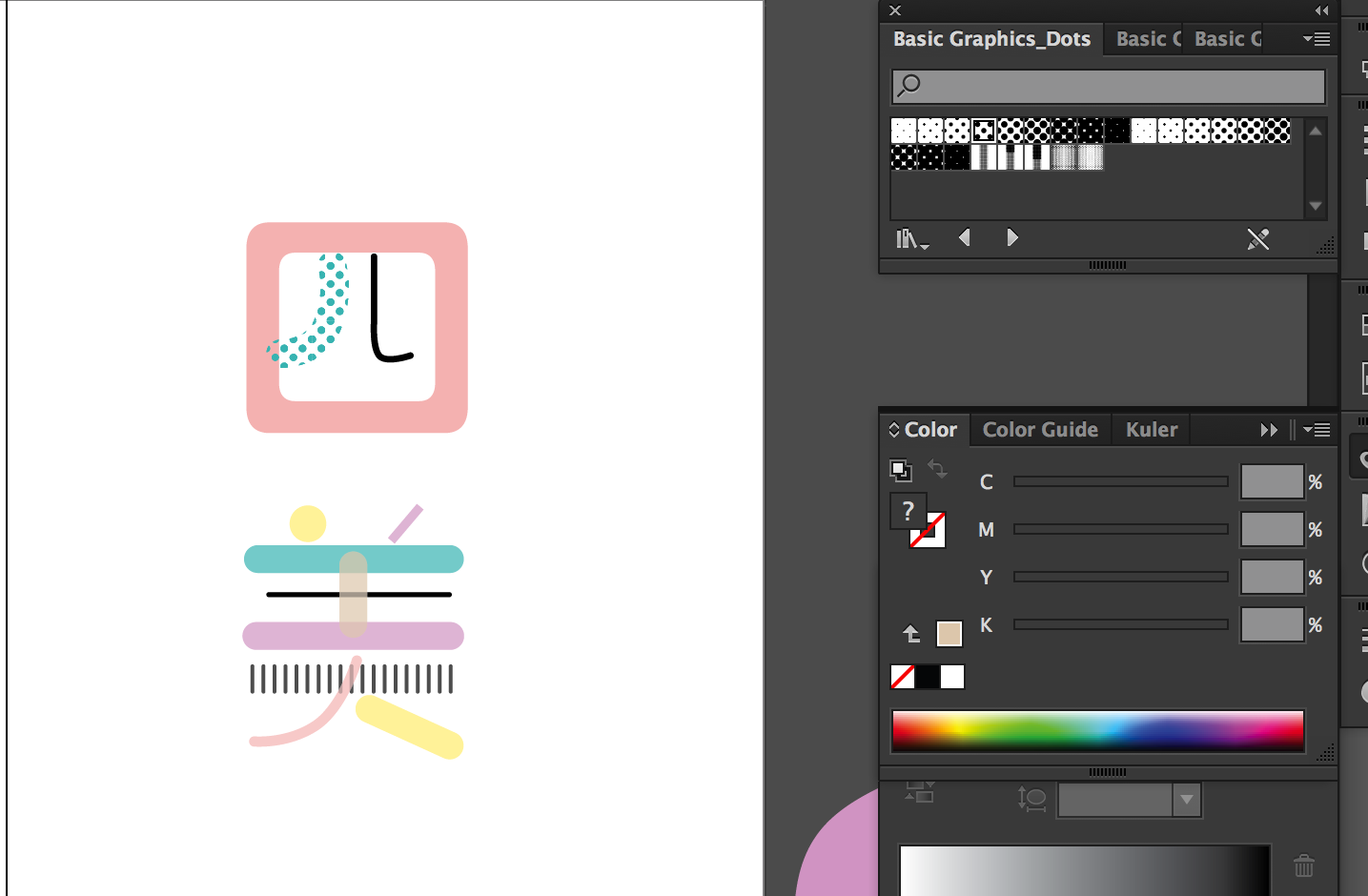 I then explore different layout using those organic shapes that I have drawn and play around with texture, colour and placement of elements. I felt that it was very difficult to balance so many elements within a spread, so I took quite awhile to figure out what elements to add in or take out, to make more layout less messy and balanced: 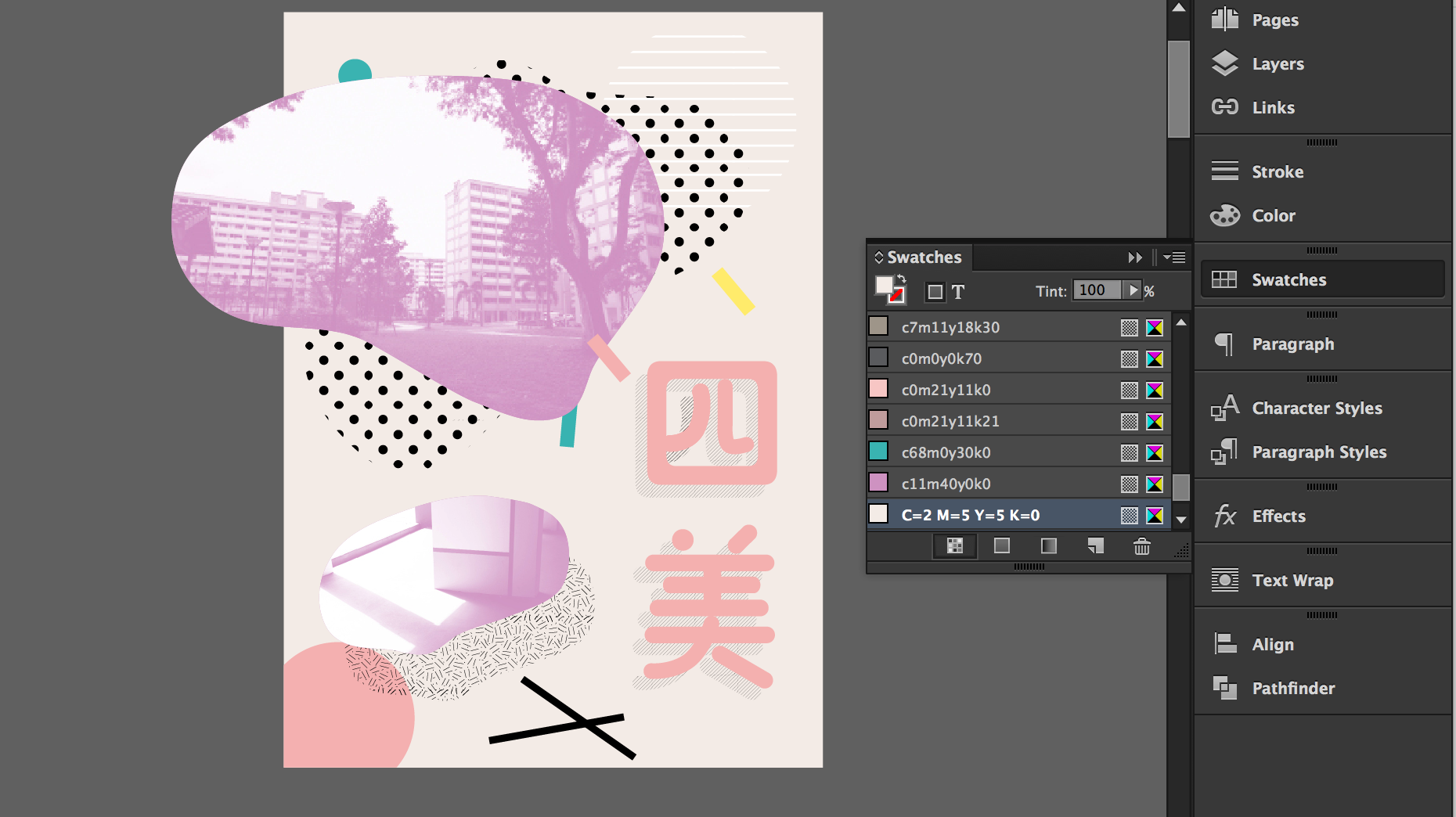 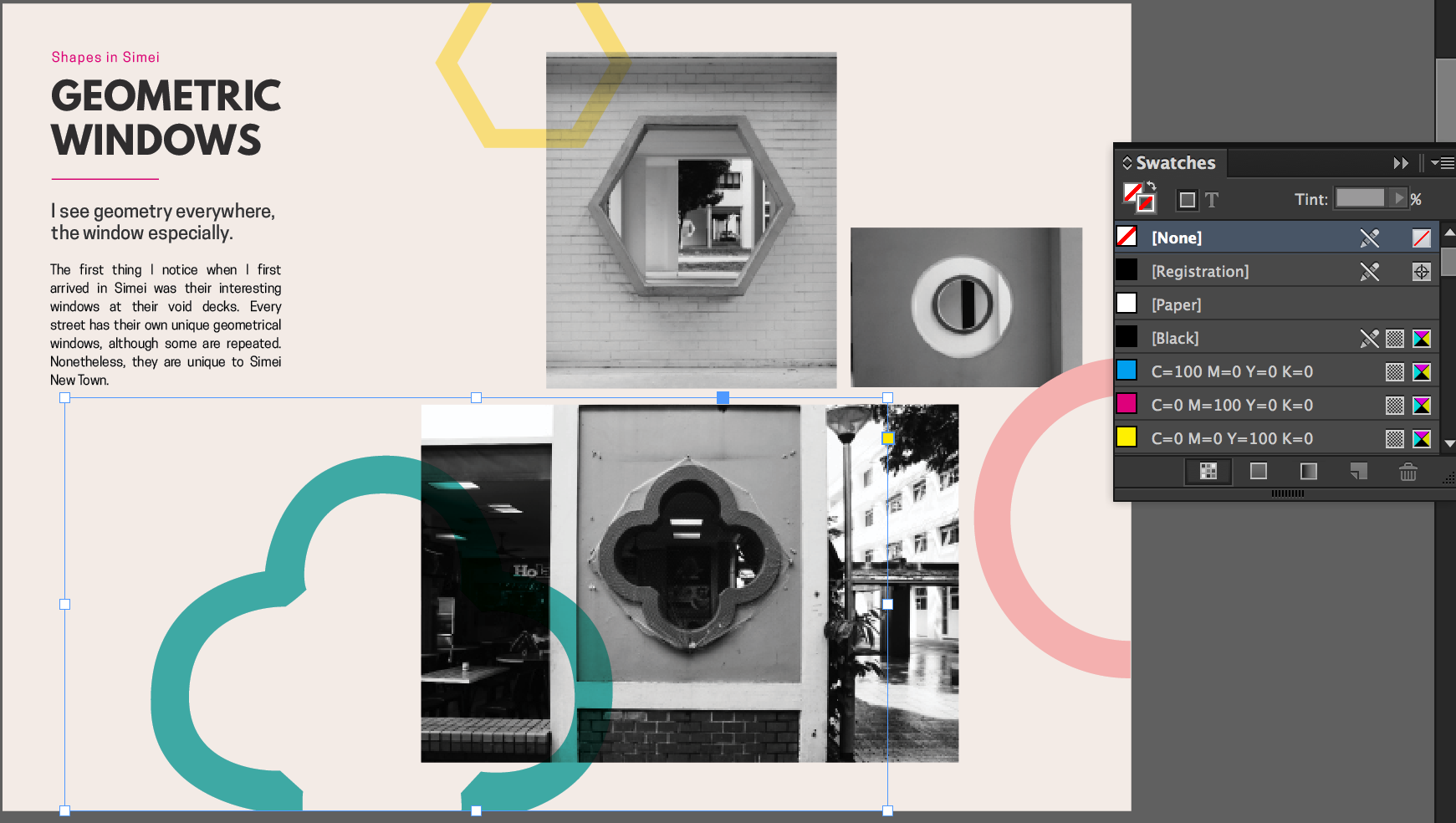 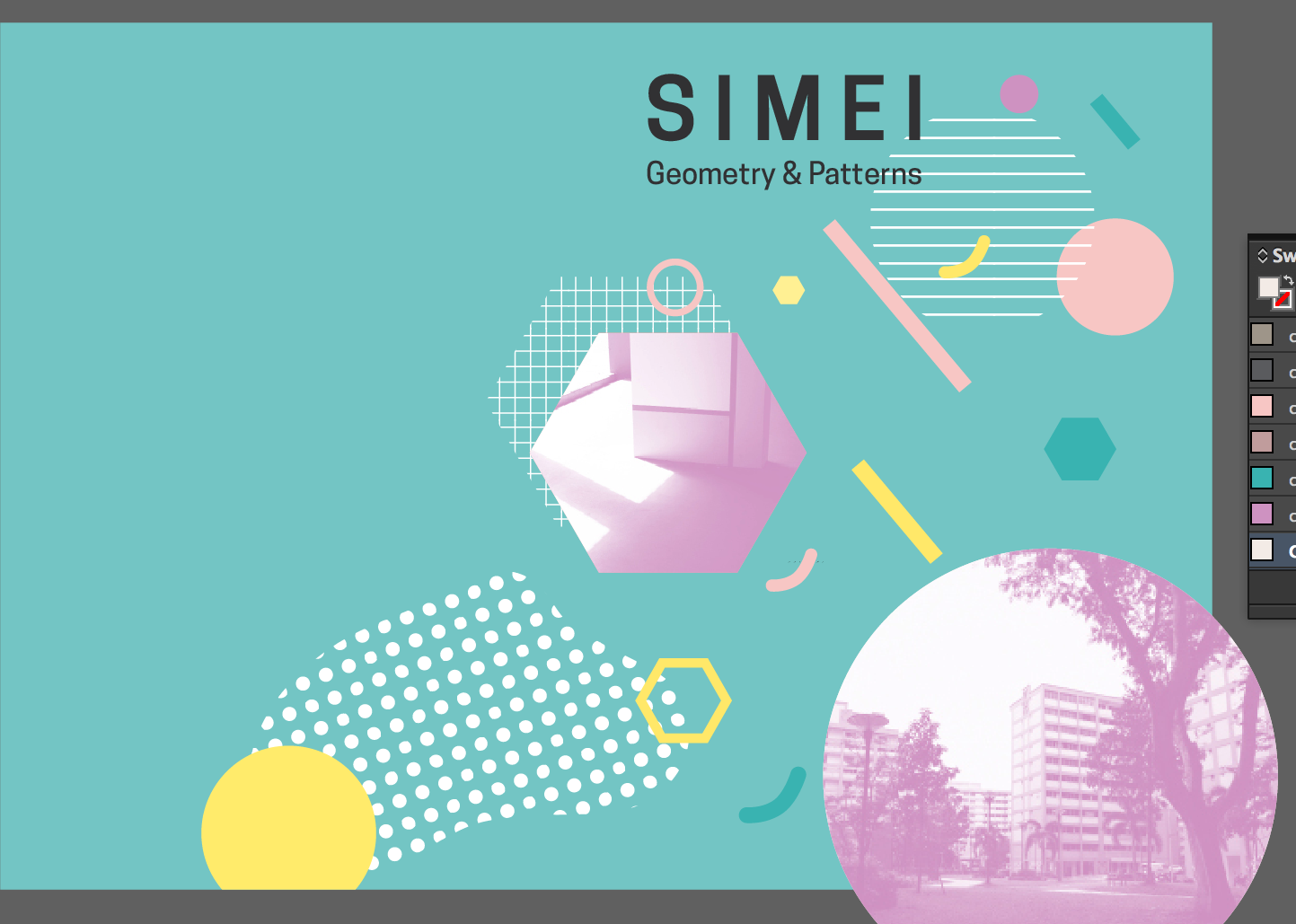 After much struggle exploring different layout and placement of elements for my zine, I finally settled with the design of my first spread: 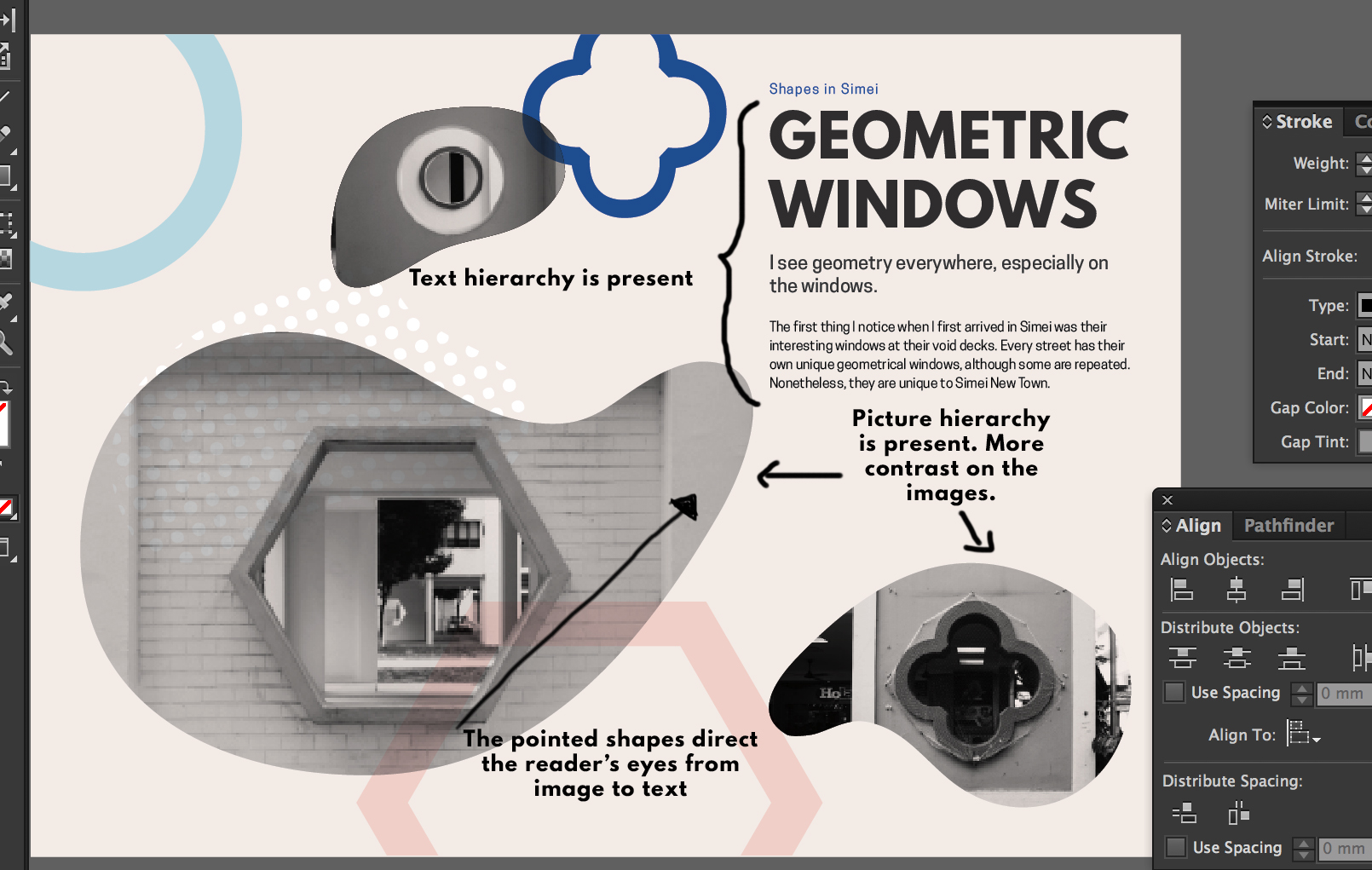 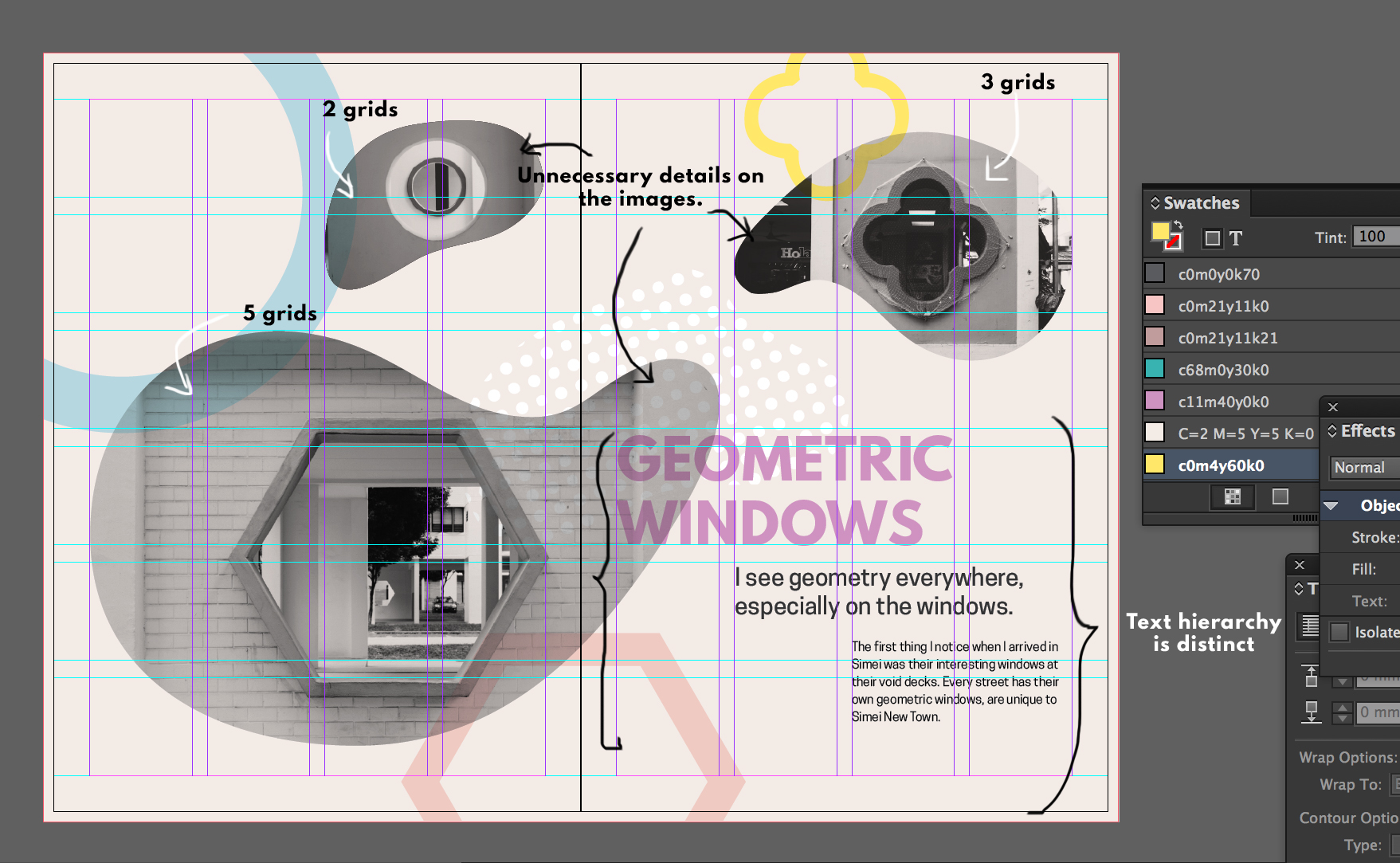 I illustrated the geometric shapes from the window and use it as part of my design elements to enhance the visual and story. I also added in other shapes that will be placed on my cover page and other spreads to achieve consistency.

After settling with a specific style that I was going for, 2nd spread in my opinion was the toughest to design: The 2nd spread is about pillars, and because it was not well photographed and they were rectangular by nature, it was tough to frame it with the organic shapes like the first spread. Hence, I decided to illustrate and apply texture to the pillars to give it a very fun look that is consistent to my first spread: 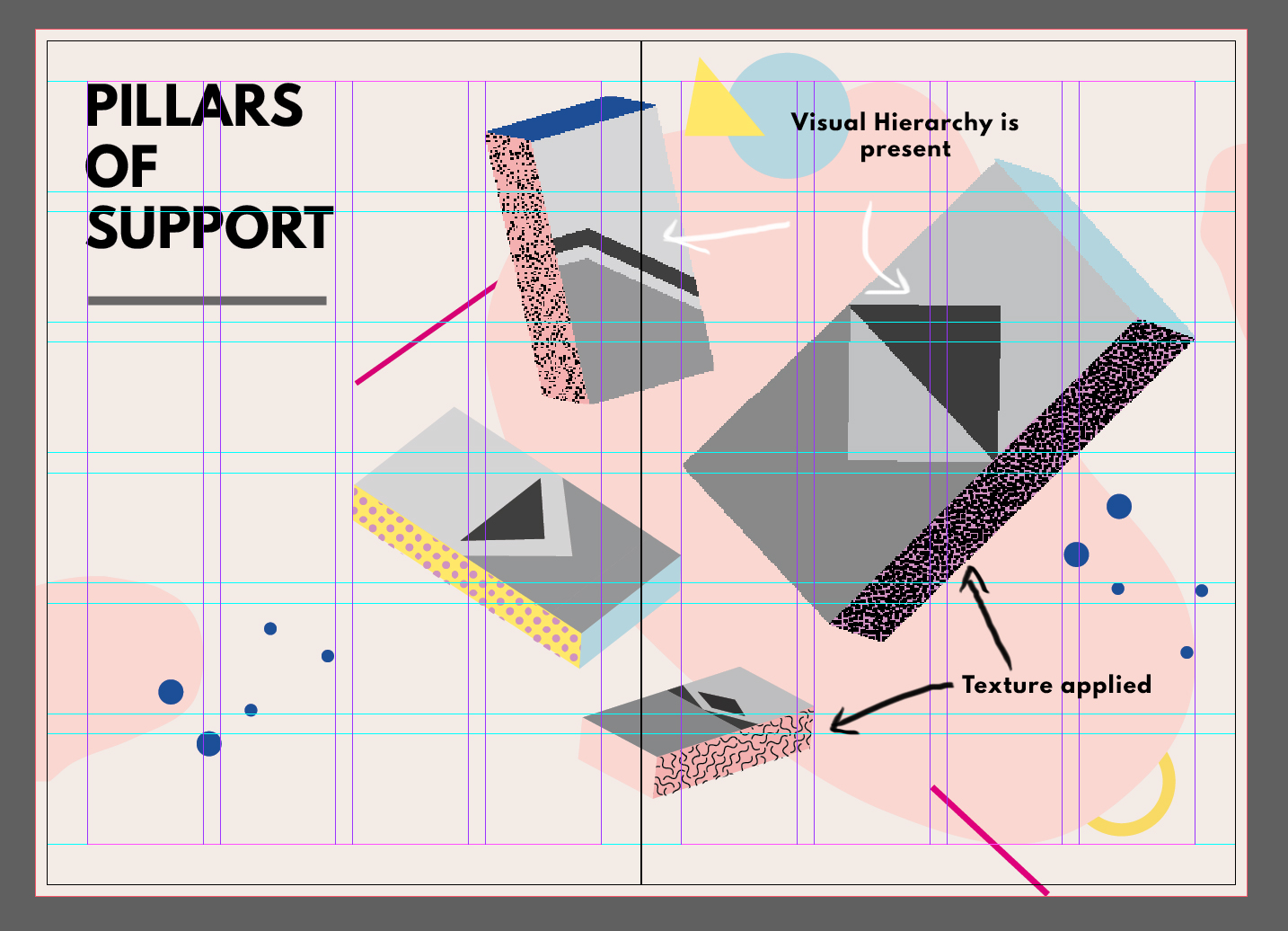 Instead of alighting them straight like what I did initially, I decided to give it a 3-dimensional look to make my spread look interesting.

Last spread came quite easily as I already know what I wanted to do right from the start. Last spread is related to forming patterns and applying the pattern back to the void deck in Simei, hence I assigned 1 full page for the image itself. I illustrated the shapes that were found on the windows and pillars i Simei, then place them together to form different patterns: 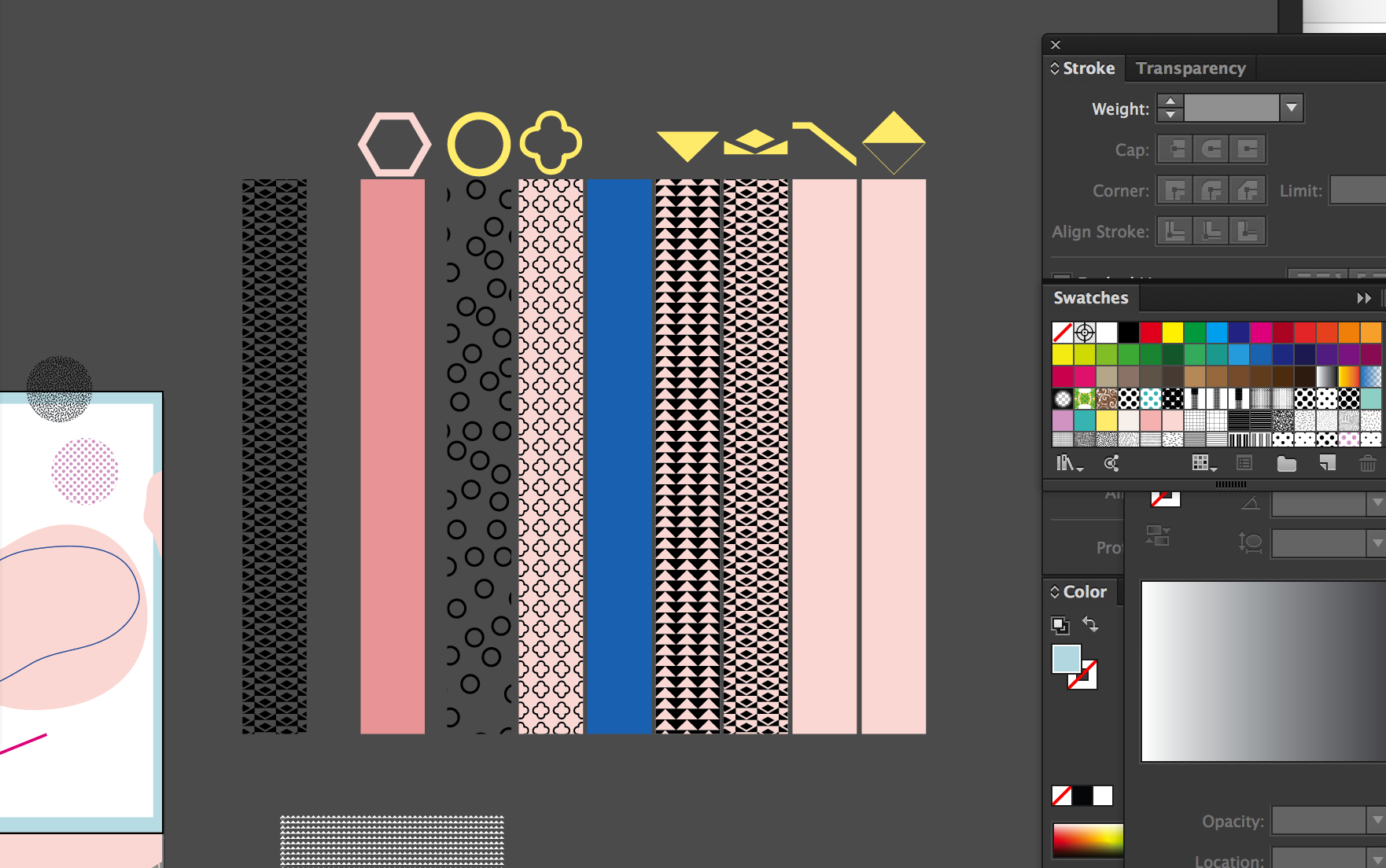 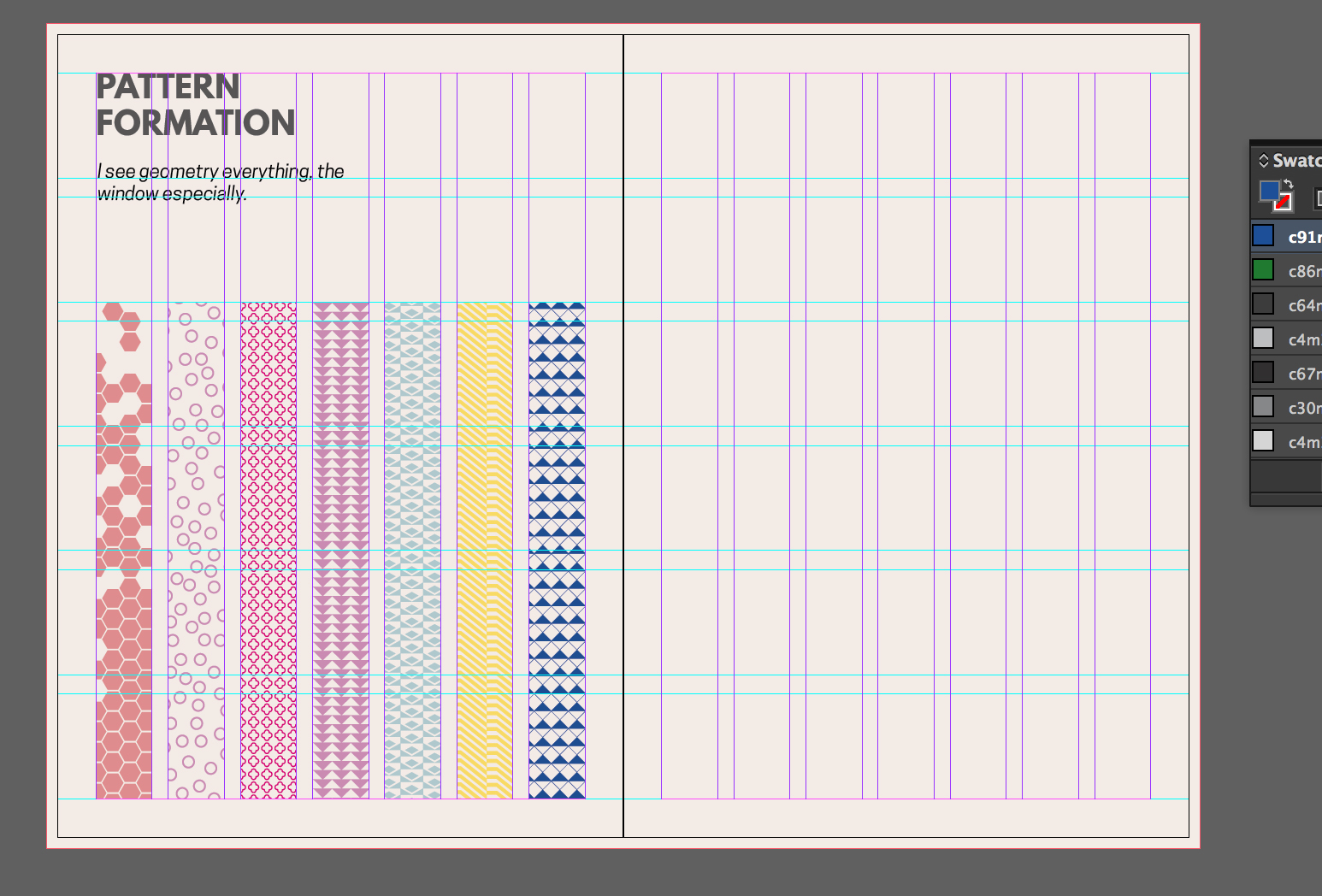 I initially place them vertically as shown above and use a different colour for each pattern. However, I think consistency is needed and I didn’t want it to draw too much attention away from the image that I was gonna place next to the pattern. Hence, I decided to keep it to just 1 colour and place it horizontally so that it guides the reader’s eyes from left to right: 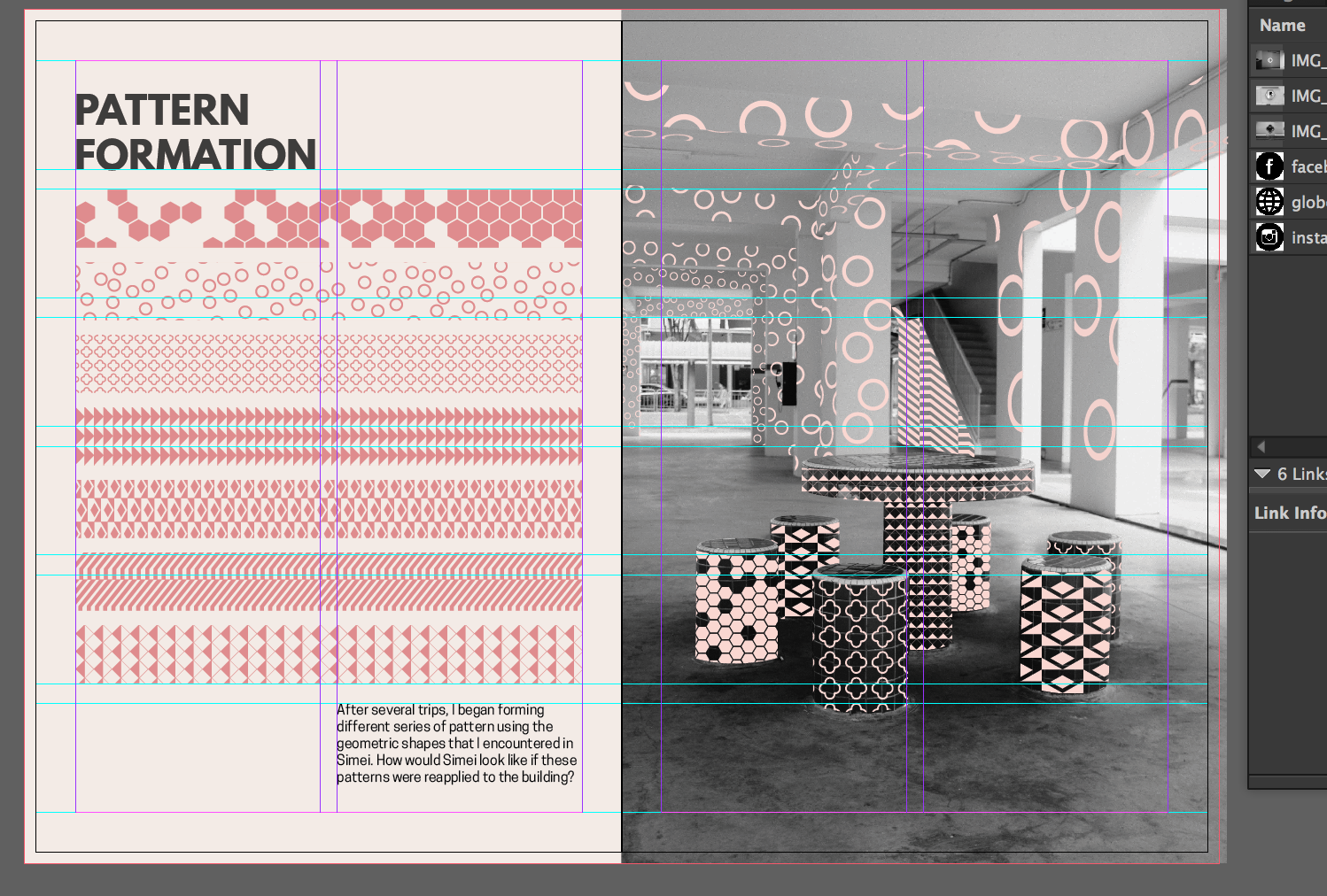 After I finished designing all the spread, it was easier to design the Front and Back: However, I felt that the cover didn’t match the spreads too well. Hence I made colour adjustment to the entire zine. So this was the first draft of my entire zine:

Back and front cover: 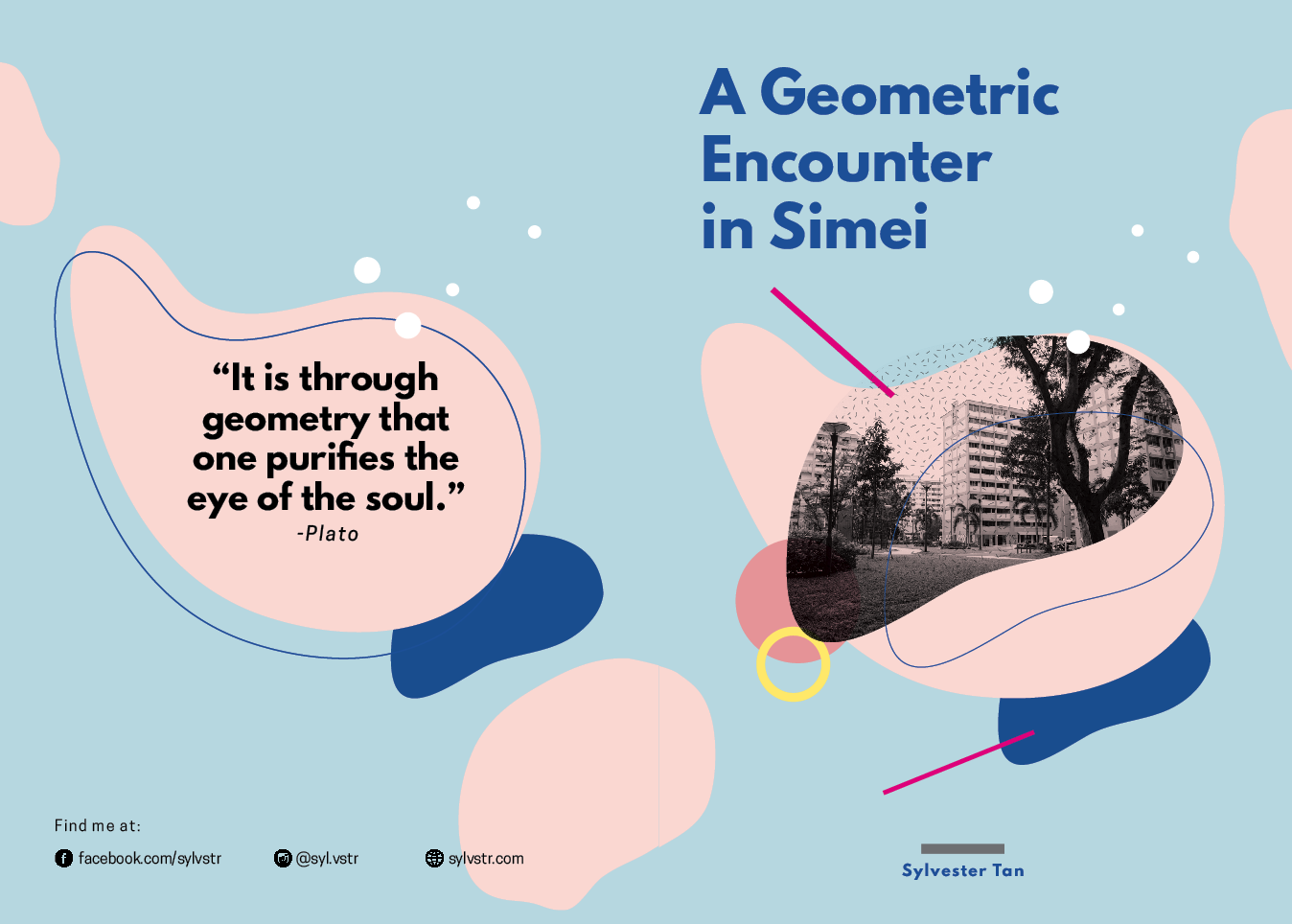 Need adjustment: Reduce the font size for the quote on the back cover; change dash to em-dash right before Plato. 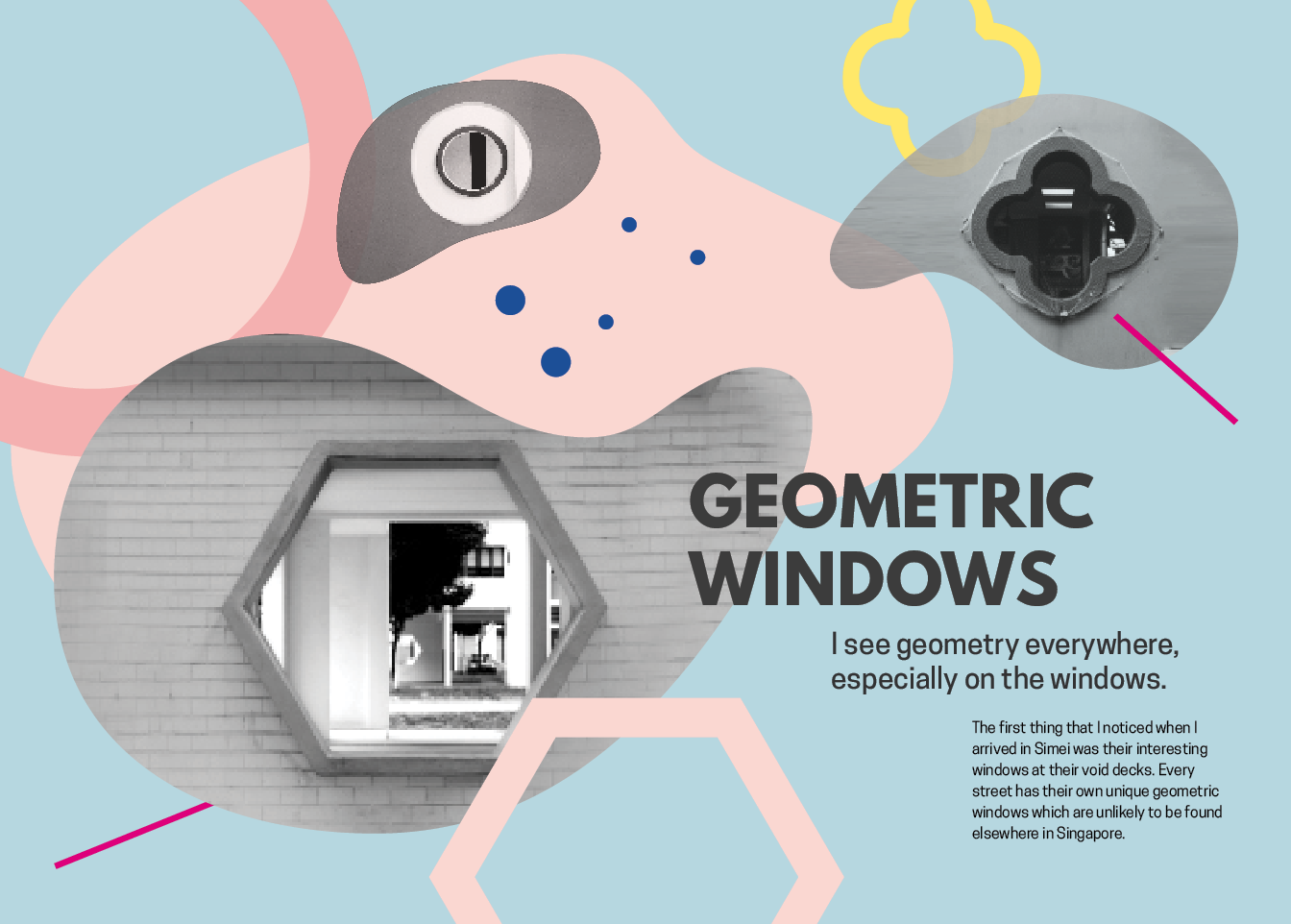 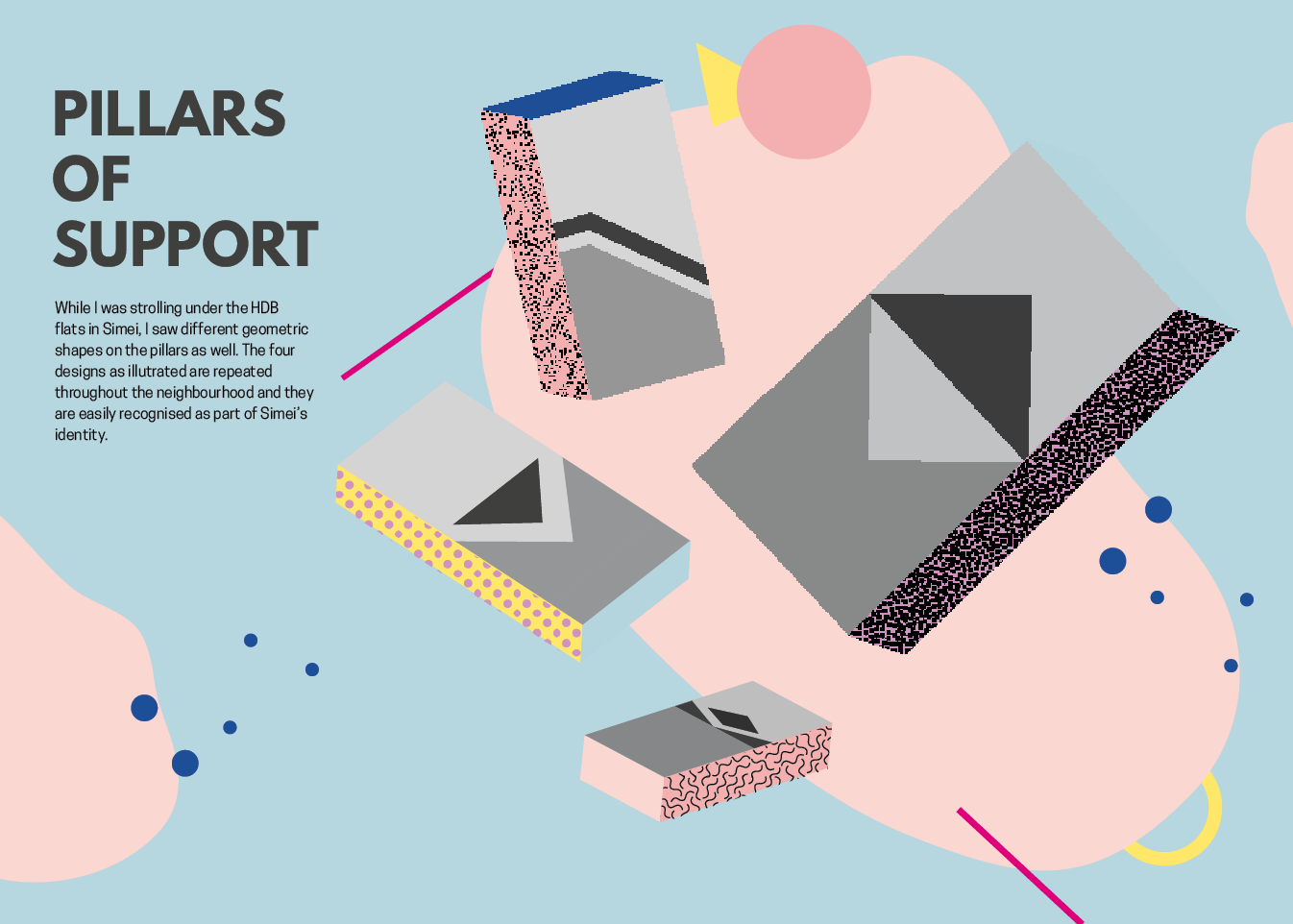 Need Adjustment: Remove the widow in the paragraph. 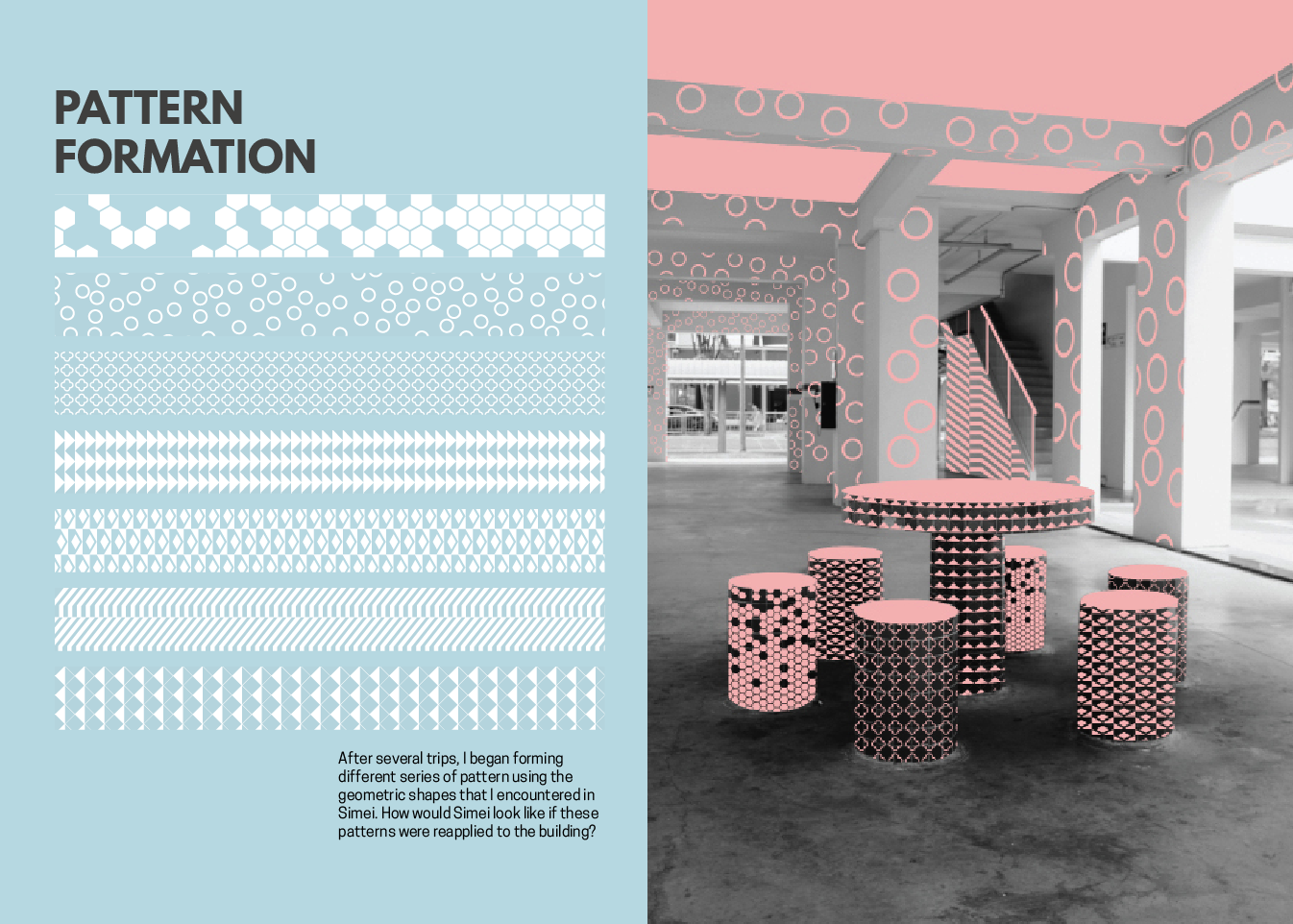 Need Adjustment: Change the pattern lines to pink to add contrast from the background.

That’s all for my design process! See my next post for the final zine design!