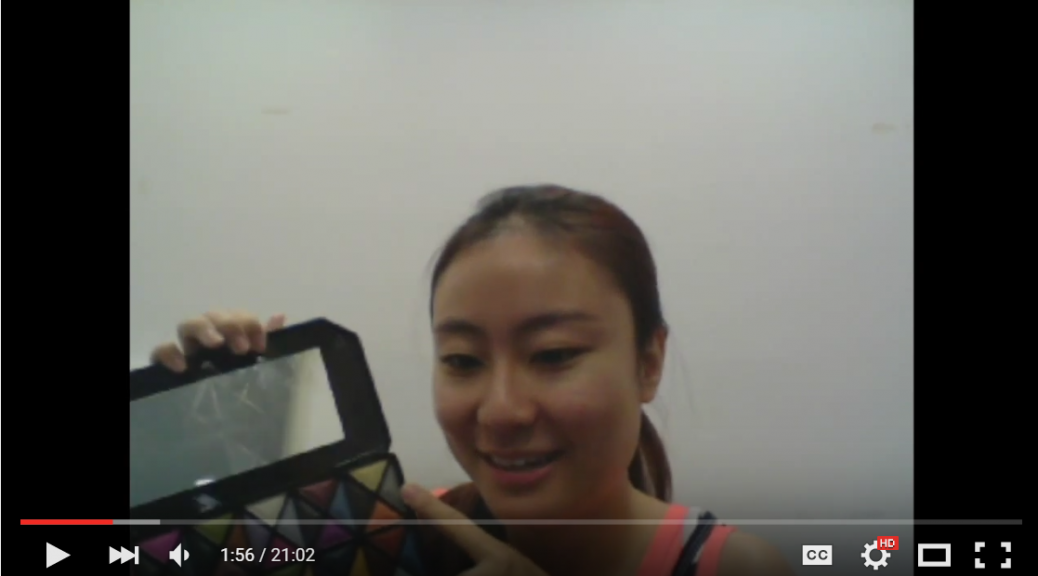 I went to try having both YouTube Live and Periscope on at the same time. As periscope had more people watching, it was more interactive on periscope. It was also quite different having to broadcast on two different platforms and also have my friends in front of me.

People could hear what I was doing in the room over the internet together with my friends. Some  of my friends were curious and even asked me what I was doing. At some points I was so comfortable being online that I was talking to people who were watching me like they were my friends. I also asked the internet what kind of eyeliner I should use today and someone replied.

I was on Youtube Live also and also learnt to use the basics of Livecast on my computer. Overall, I realised that it was very interesting to broadcast at the same time on two platforms. At some point I felt like I was on Jennicam.