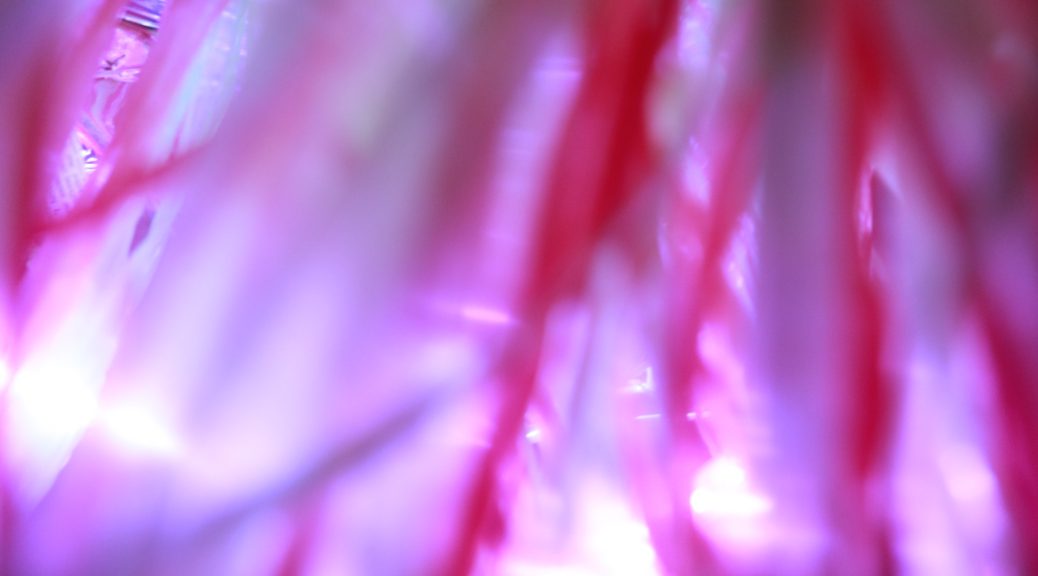 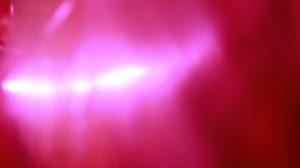 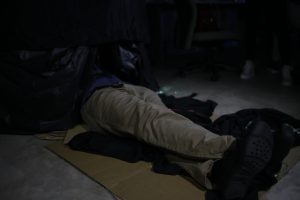 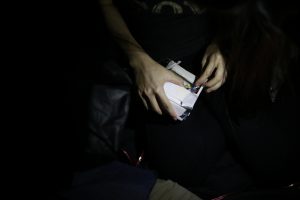 This is all the different lighting effects that I have coded or tried. 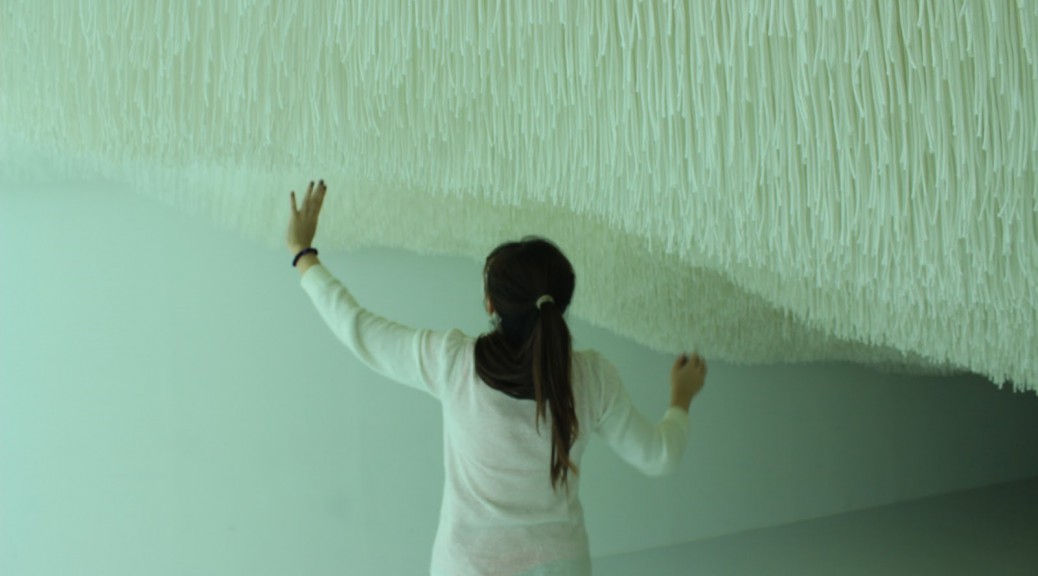 An update on sensorium:

I am currently adding more rafia strings to make the space more immersive and planning to buy trash bags to make it more dark.

For the digital output:

I plan to use two different arduinos, each with 120 LEDs connected to it, so in total there will be 240.

The two arduinos will be producing lights at two different frequencies. Instead of having all 240 LEDS working at one frequency.

Hopefully, it will create a more interesting effect.

One idea that I was playing with is to get a fitbit and try to track my heart frequency for a day and extract that data and see if I can take the data and translate it to control the lights. So it will be a kind of visualisation of my heartrate. 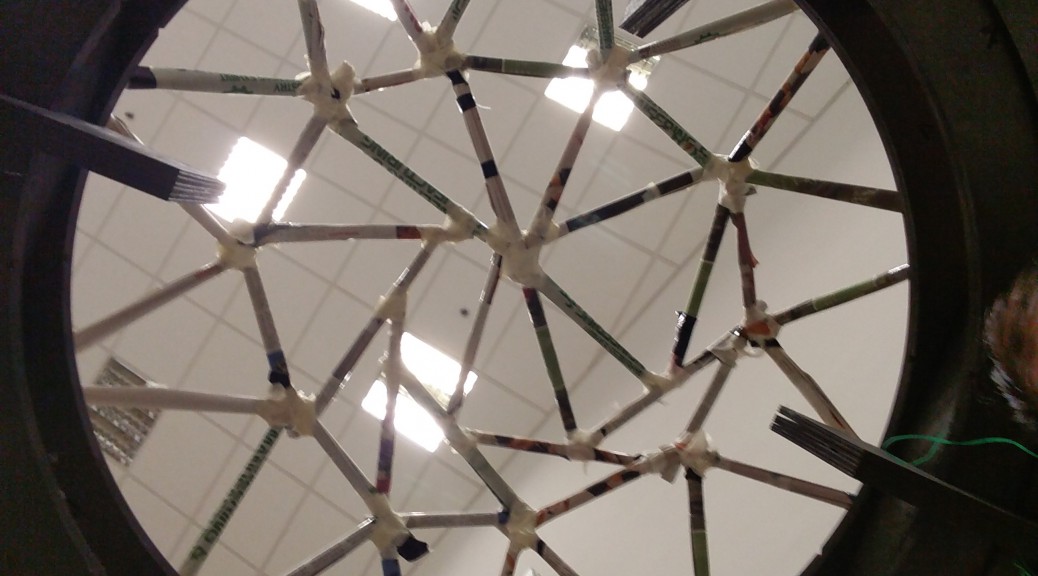 For the analog, I wanted to create a dome which you can put your head inside to experience a light show with this concept of play.

My inspiration came from Liminal Air -Descend-, Shinji Ohmaki(b.1971, Japan) which I have tried the installation for myself in 2015 in korea. 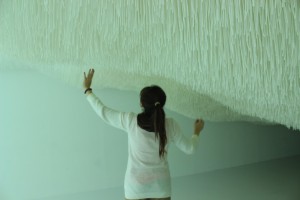 I wanted to create a space where people can be fully immersed and bought to another place.

The initial design for the roof.

The following shows the skeleton of the dome. 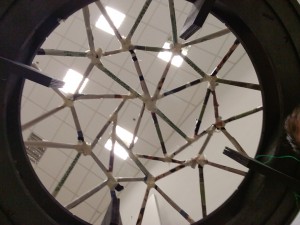 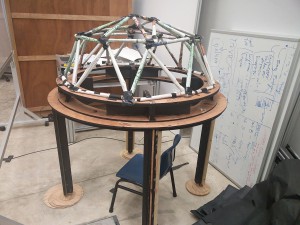 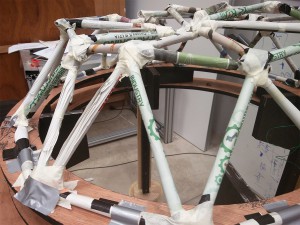 This is the documentation of the experience of the dome in it’s analog stage. 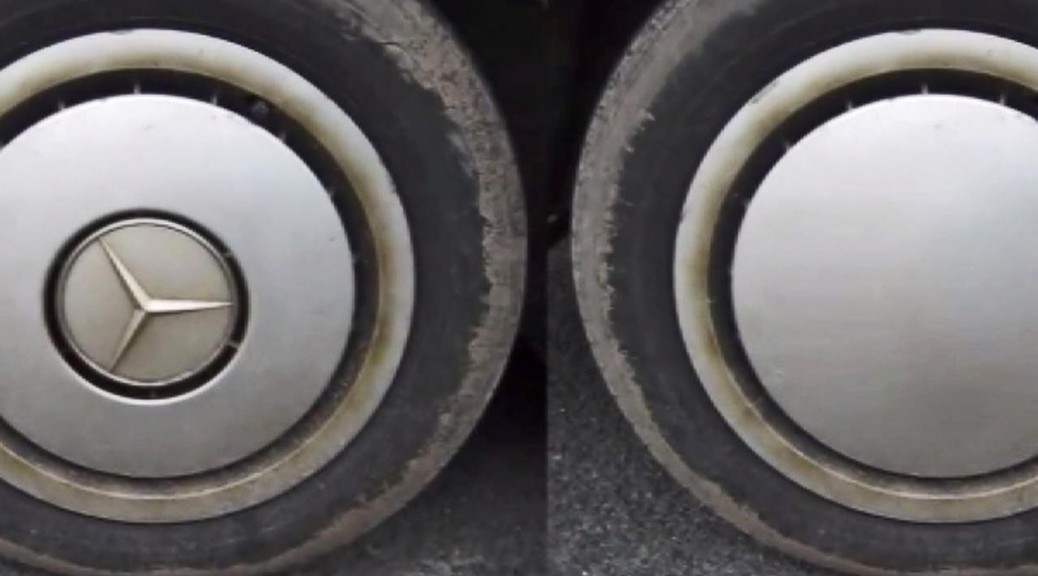 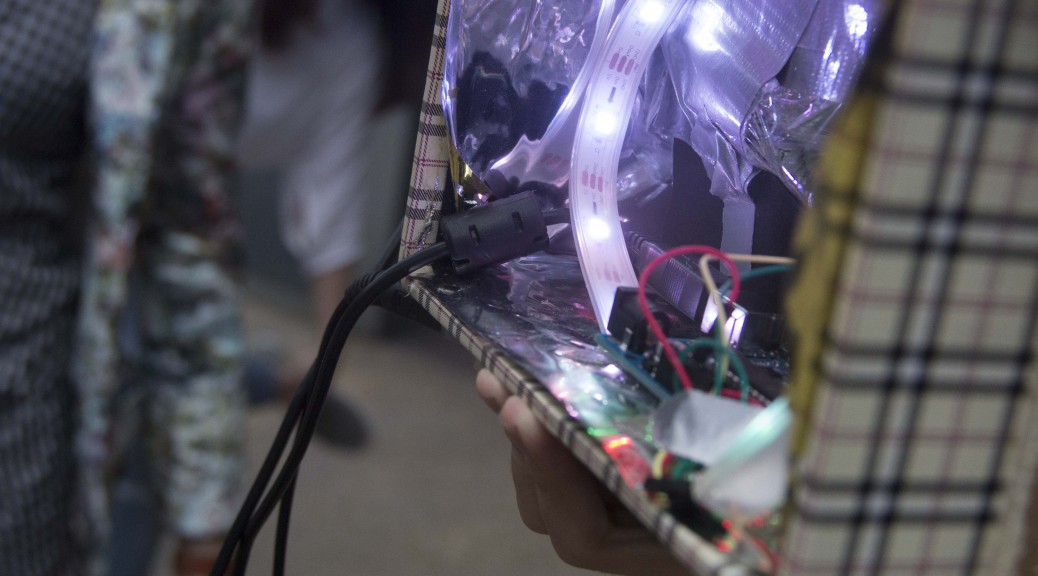 Here is the final documentation video for the first assignment.

I am pretty happy with how the lights turned out. I had to code the neo pixel strip. I used red, green and white light. 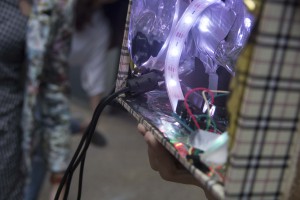 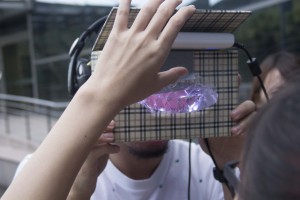 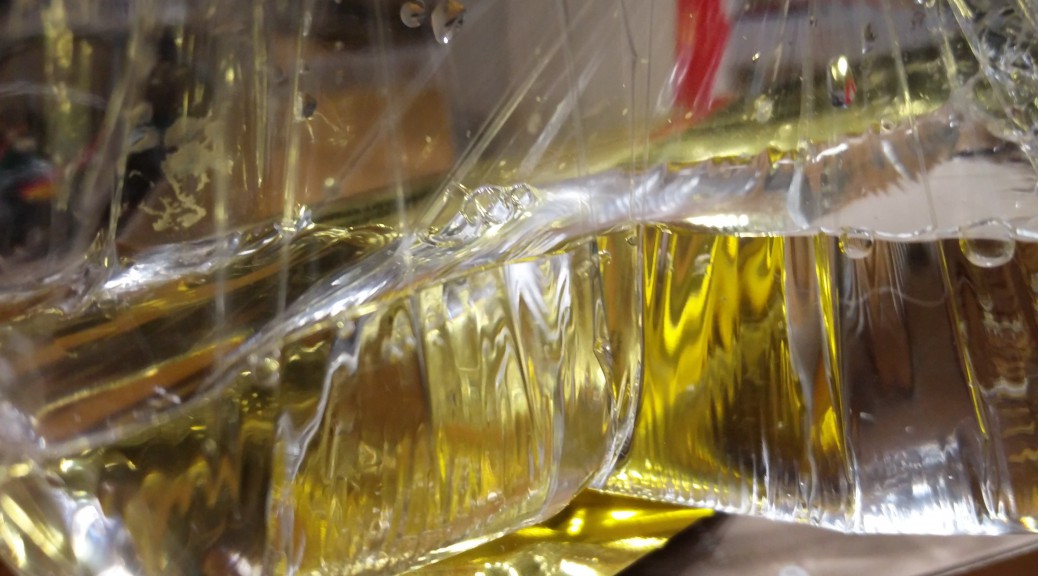 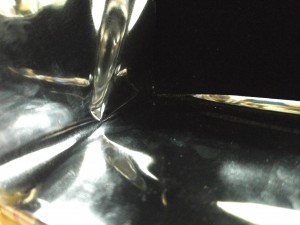 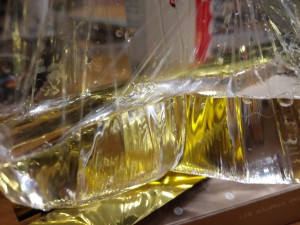 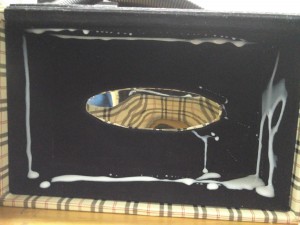 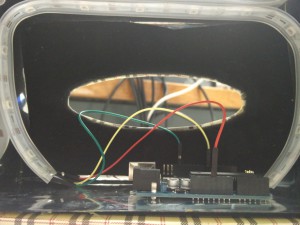 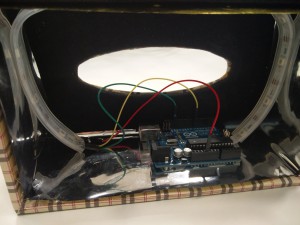 These are some of the reference artists whose work really interest me.

I love how they use everyday materials to distort and change the space.

Firstly, Grzymala used 5 km of black tape to change the space. It has this quality that makes me feel as if the tape is alive. 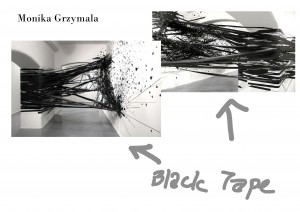 She is also pretty consistent with her work and I am really impressed by her other works.

These are some other works I looked into 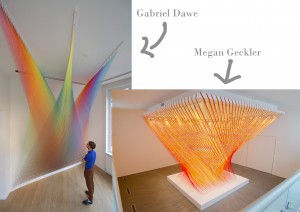 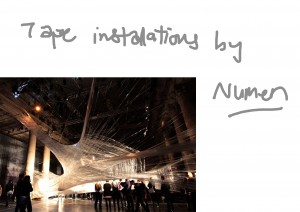 I was thinking if I could use scotch tape or cling wrap. something that is transparent, so when I shine a light through it is able to capture the light. I’m really liking the idea of using everyday materials to create something different. 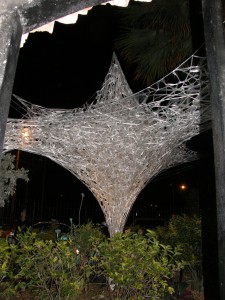 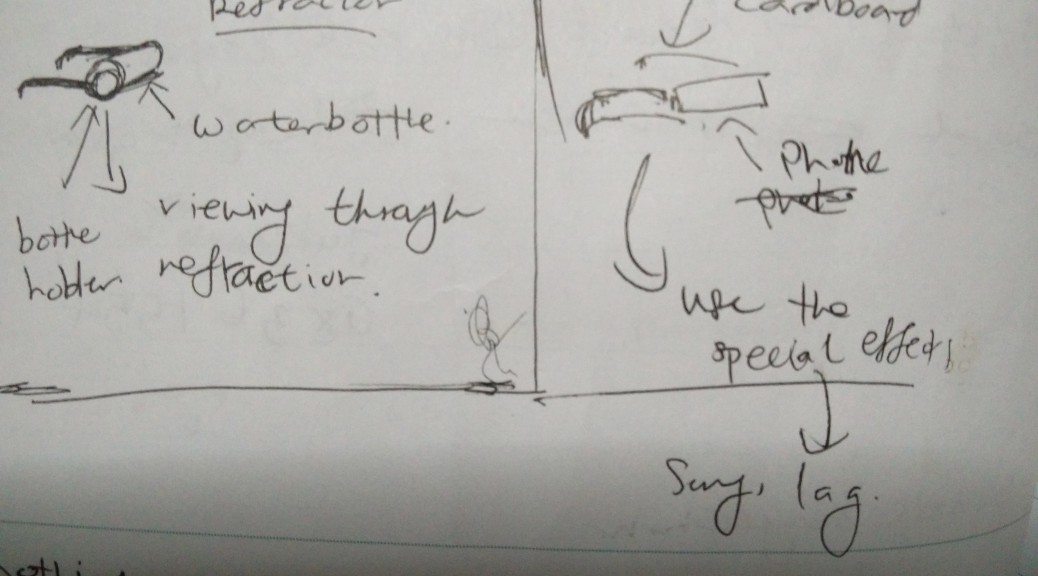 My initial was to create a kind of ‘goggles’ that allow one to see through water or a device that can experience lag as I realised that I have the app in my phone that allows me to do that.

However, I realised that the first idea was too flat and the second one was way to easy for me to just do it. Therefore I decided to think of a way to make my project more interesting.

This is my initial idea 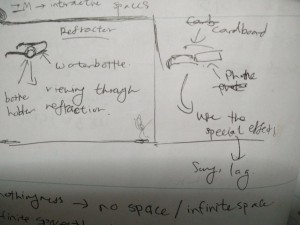 By using a tissue box and placing a bottle inside, it was quite interesting to look through it. 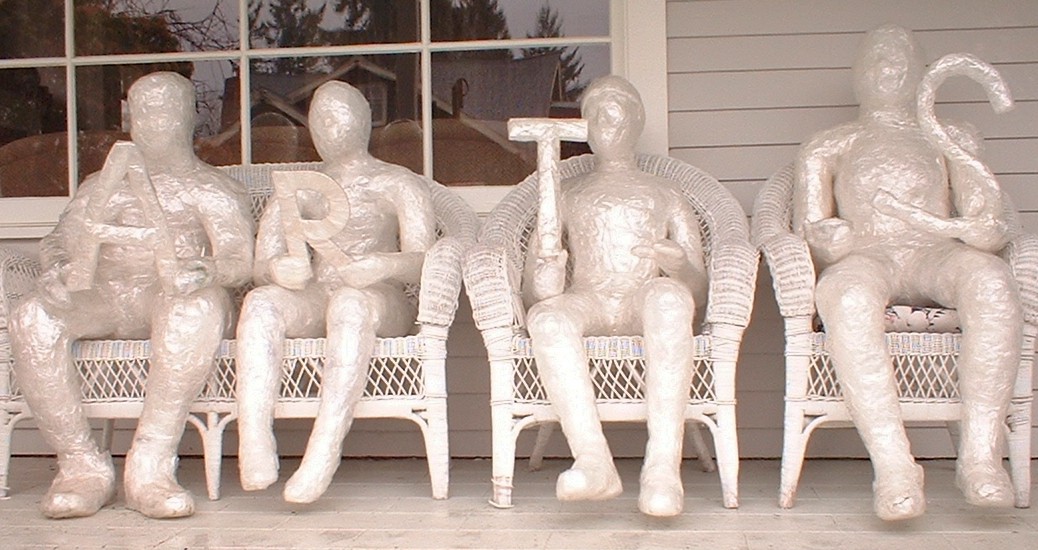 Our class also did one of these experiment together and we tried to display tension, so all of us cluttered together and let our friends wrap us in cling wrap and then we started to lean outwards to show tension. However, I think we were still very used to how cling wraps are being used…to wrap stuff. I felt that we could have explored more . Although, this exercise has taught me that cling wrap can be very very strong…hmm