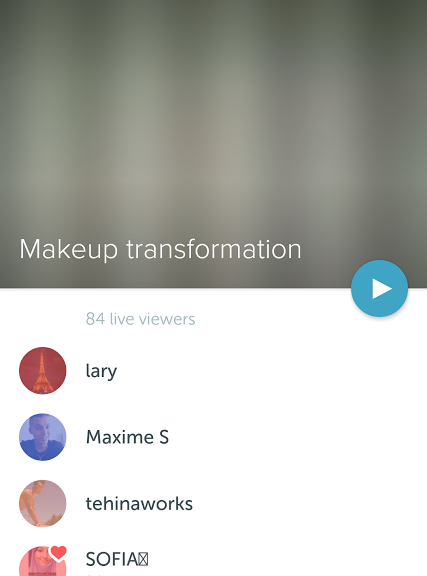 For my micro-project, I did my homework live in front of an audience. It felt really weird having a live broadcast. I was making pictures using cyanotype and I really fumbled a lot of times because I felt that I needed to entertain the people watching. It was hard to do things with my camera in the way so i attached a selfie stick to my body so that I could use both my hands while doing work. It was really weird that I rambled on and on and I realised that I have been live for 24 minutes, till my phone ran out of battery.

It was definitely a different experience for me doing videos live compare to my Youtube videos which I can edit and take my time to think about what I want to do or say.  Live television definitely ‘forced’ me to think on the spot. It was also really weird that I could see how many people are watching me and yet I do not really see them.

Last weekend, I went to the opening of an exhibition that was by the product design students in ADM who recently graduated.

The purpose of this art piece was to show and explore what one can do by performing/streaming directly from the desktop. This work demonstrates the new possibilities of performances for the artists of the new media. The rise of the internet culture and technological advancements allowed for real-performances to happen.  It was also great that the work was unedited and raw.

In 2012, when Jon Cates did the piece, it showed how video and time can come together to present a different type of work to audiences.

And till now I still feel that the below quotes is very true of the internet culture now.

“the media arts have not fully embraced this potentiality, despite the progressive nature of the field.” – Catlow, R., Garrett M., Packer R., “The NetArtizens Project,” (2015)

In the more mainstream internet, the idea of live performances/ broadcast is still a relatively new idea as Facebook only started to have a livestreaming function in Aug 2015. However, this function is only for celebrities, which is in contrast to BOLD3RRR which is a artist doing livestreaming raw, in front of his computer.

The availability to stream live from phones may pave a path in the future for more to do mobile live streaming that could perhaps show a more raw side to the video footages that we see on popular social media sites – or not.