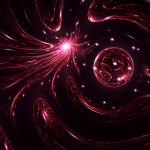 I decided to experiment with Chaotica first, given that it was intended to be a straight up upgrade to Apophosis. First thing i noticed was the new Progressive Rendering engine that was implemented, which basically meant that Chaotica would constantly render my image at increasing sample levels until i set a cap, or stopped the render. This saves ALOT of time.   Next, since JWildfire does not… Read more →