The Lapse Project imagines a world that is constituted through interfaces where places of artistic and cultural identities become editable, and can just as easily be switched on or off. The familiar monuments and landmarks of Singapore– The Arts House, National Gallery Singapore, National Museum of Singapore – through processes of digital manipulation, it “erases” them and lets the visitors experience and question their memory, space and legacy through lapses in structure, time, particle, text and image. Visitors are invited to embody these lapses, contemplating the presence and absence of sights and sites.

The Lapse Project moves back and forth, to and fro. Its VR immersion is futuristic and propels us forward, yet its visions take us back. Lapse conjures memories, transporting us to the past, and the imagined open landscapes that existed before the nation’s art museums and buildings appeared. It presents “the aesthetics of disappearance.”

The Lapse Project were subdivided into 5 lapses. Firstly,

VR constructed new domains for us to experience an alternate reality in the virtual realm. Basically VR lapse suspends the viewer in a 360-degree view of the vicinity, as they situate themselves around the blank expanse of a cultural and heritage building that considered as monuments of Singapore. What emotions would evoke with the absence of a historical monument?

Intended experience/message: To consider the emotions triggered by the experience of such a disappearance. What happens when a local landmark is no longer extant and more importantly, how do we feel in the event of its absence?

Particles are tiny bits of matter that make up everything in the universe. They vibrate and atoms are in a constant state of motion with their speed determining different states. Sound and thought are also vibration, an indication of life. Synergising with VR Lapse, the micro vibrations collected from the visitors via contact microphones and amplified as feedback directly to the viewer. They intended to do so to confuse the
confusing the experience of a singular reality through spectral sounds that suggest
other variations of embodied experiences.

From the CCTV camera, visitors from exactly 24 hours ago ‘float’ into the gallery on the CRT monitor. Implies that the people of the past appear to coexist in the same space and time, showing no clear distinction between the past or the present.

Intended experience/message: To challenge our perception of reality in a complex web of algorithmic analysis which converges the space and people of different time zone into one.

Historical monuments were erased digitally from their respective locations in the
city, as though they were never extant within the Singaporean landscape.  Presented as a video projection that shows three major cultural institutions being absent in that projected space. In this altered world, people were still seen going about the usual interactions.

Intended experience/message: In this altered world where these 3 buildings are absent, what would Singapore’s art/cultural scene would have been?

The Lapse Journal simply extends the work beyond the experiential interaction to featuring writings of Steve,Seng Yu Jin and Christina. These 3 key people shares their ideas and thoughts in regards to reality and time and present their final aesthetic interpretations of the Lapse Project.

Below are some images showing 3 major Singapore’s cultural institutions being ‘erased’ in the alternate world. 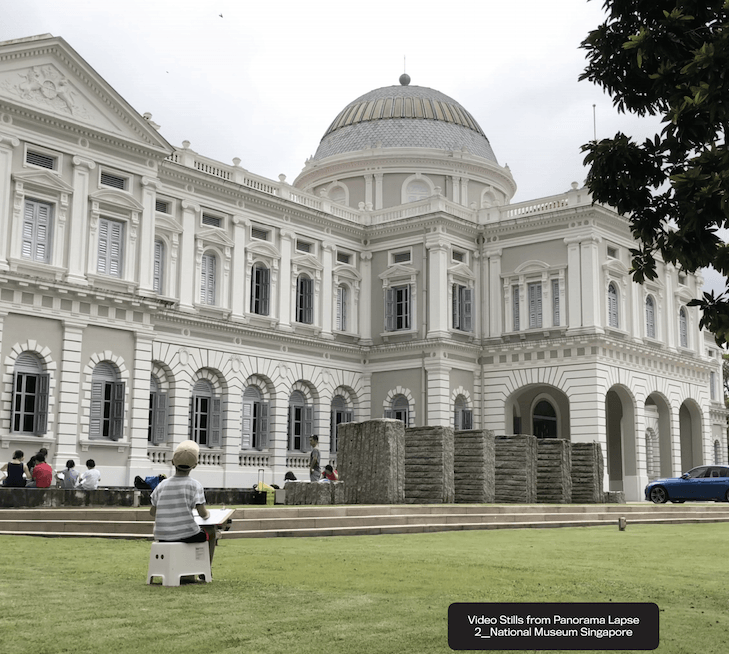 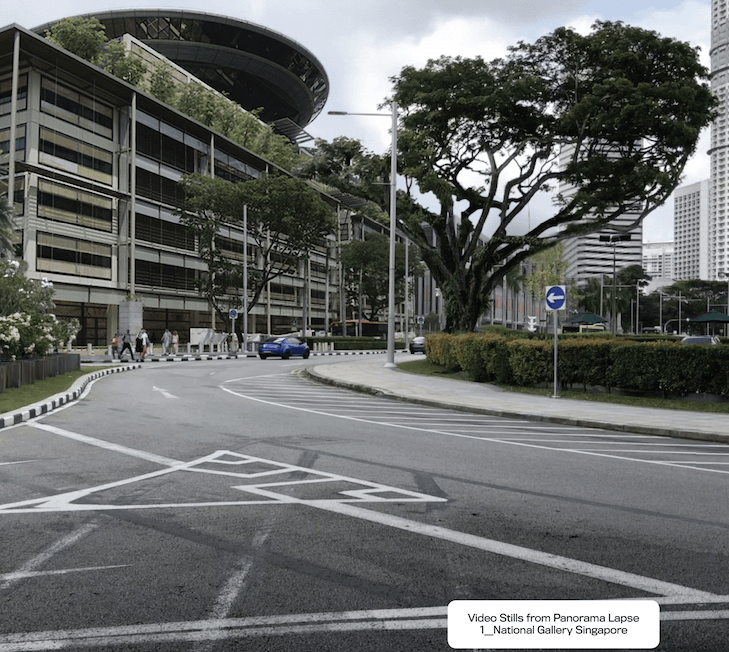 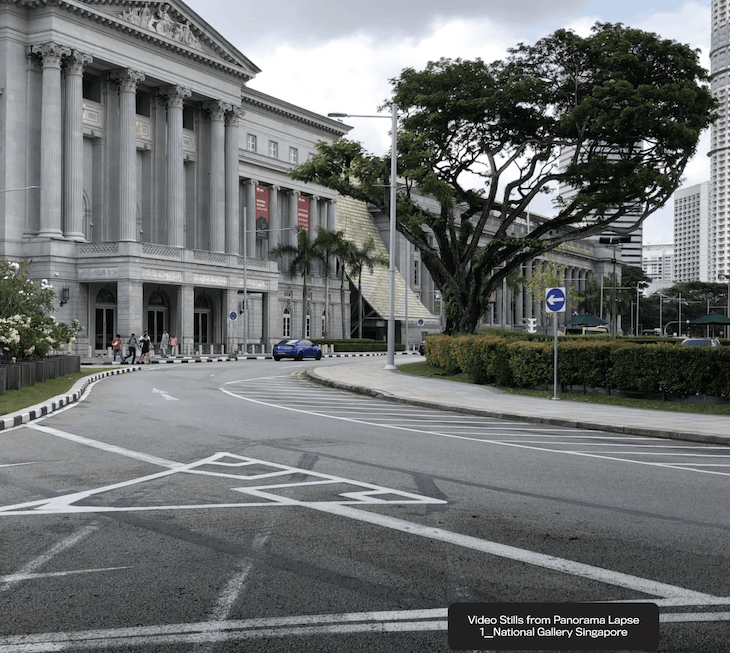 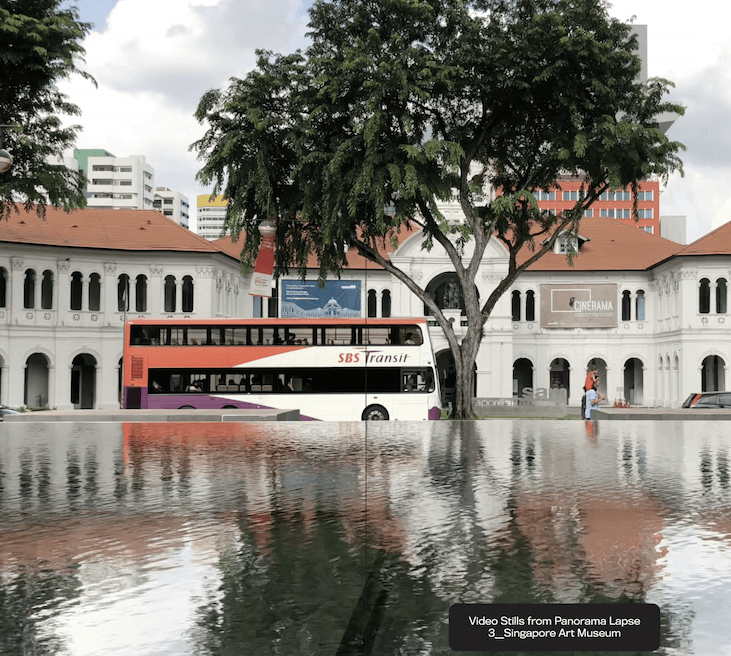 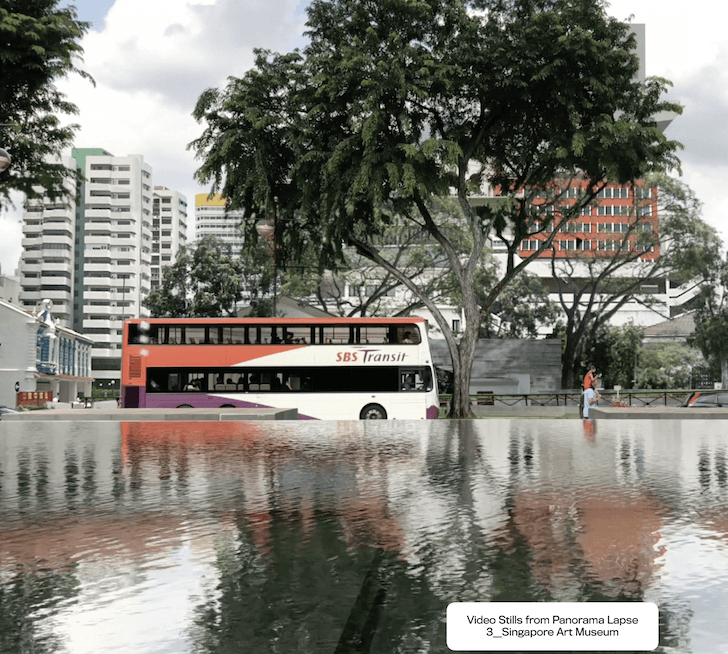