What is the role and responsibility of a Gold Smelter? A gold smelter is someone who works at a production of gold factory, whereby the gold substance is being heated to a very high temperature. It is being heated up till the melting point then poured into mould which makes them into gold bars. Usually located in the rural and inaccessible area due to the nature location of the gold. (which consists of dirt, mud, soil – in order to hunt the gold underneath the Earth soil)

My name is Syadza and I am a 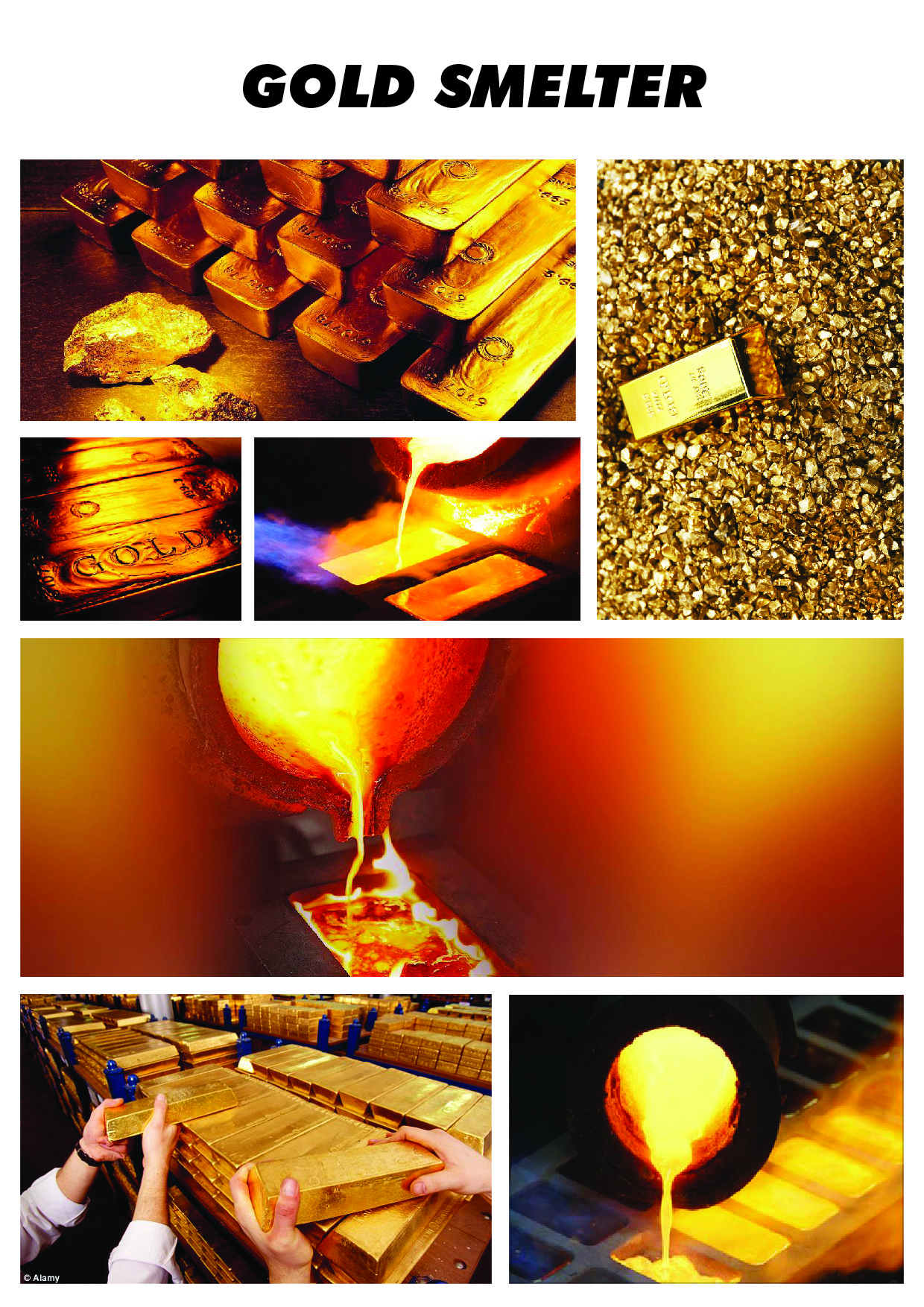 As I am quite new to C4D, I had look up for 3D artist references in order to decide what are the different kinds of settings and renderings that I wanted to produce. Firstly, I started off with creating my own cursive text on Illustrator using vector. After creating the vectorised form, I had imported the lines into Cinema 4D. 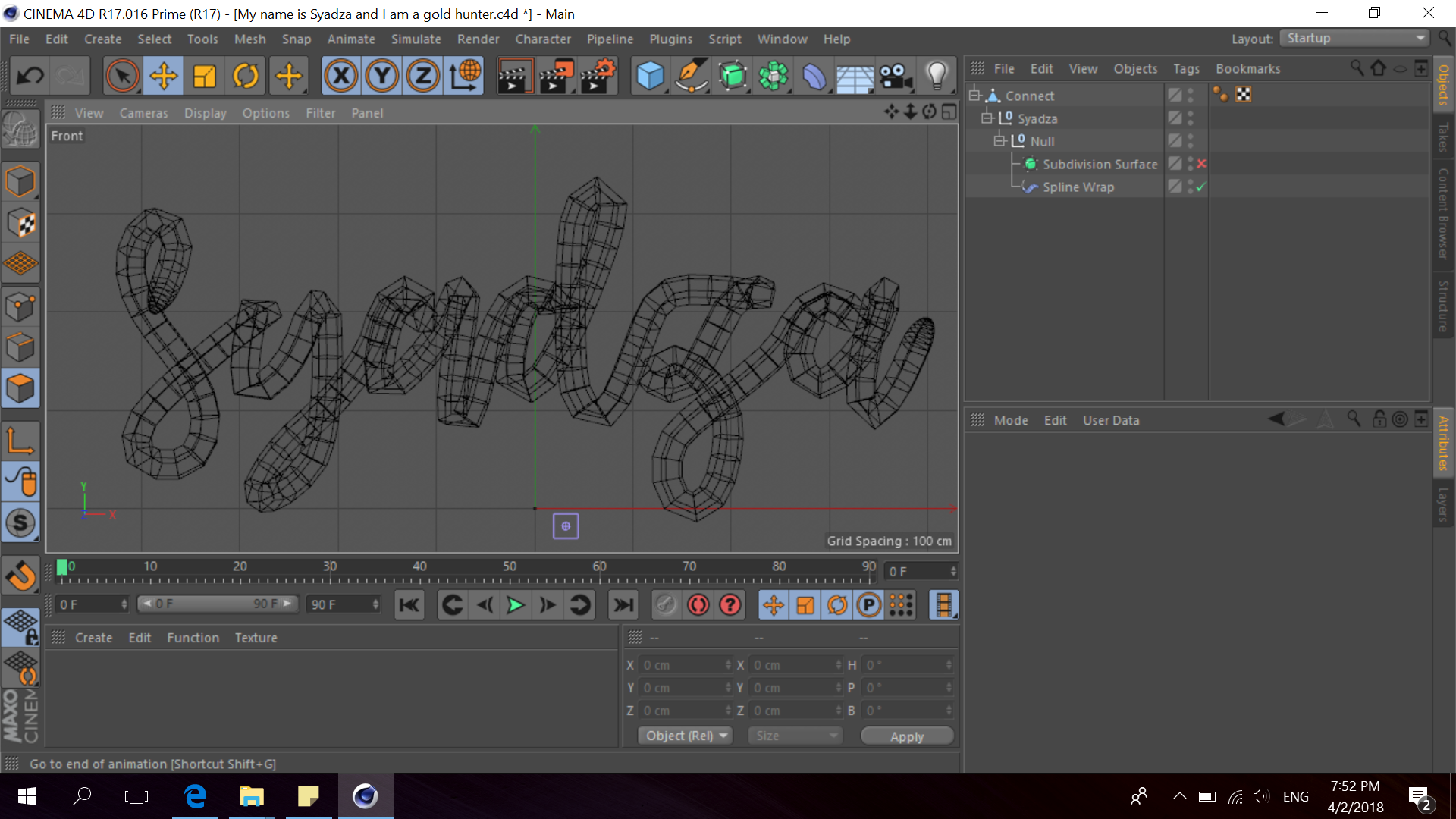 After importing, I started to produce “capsule” for the lines. This is so that the 2D imported lines from AI became into 3D capsulized texts. However, as pictured in the above image, the 3D form is stiff and does not have a very smooth edge. After some changes being made to the segments settings, the edges looks fine! 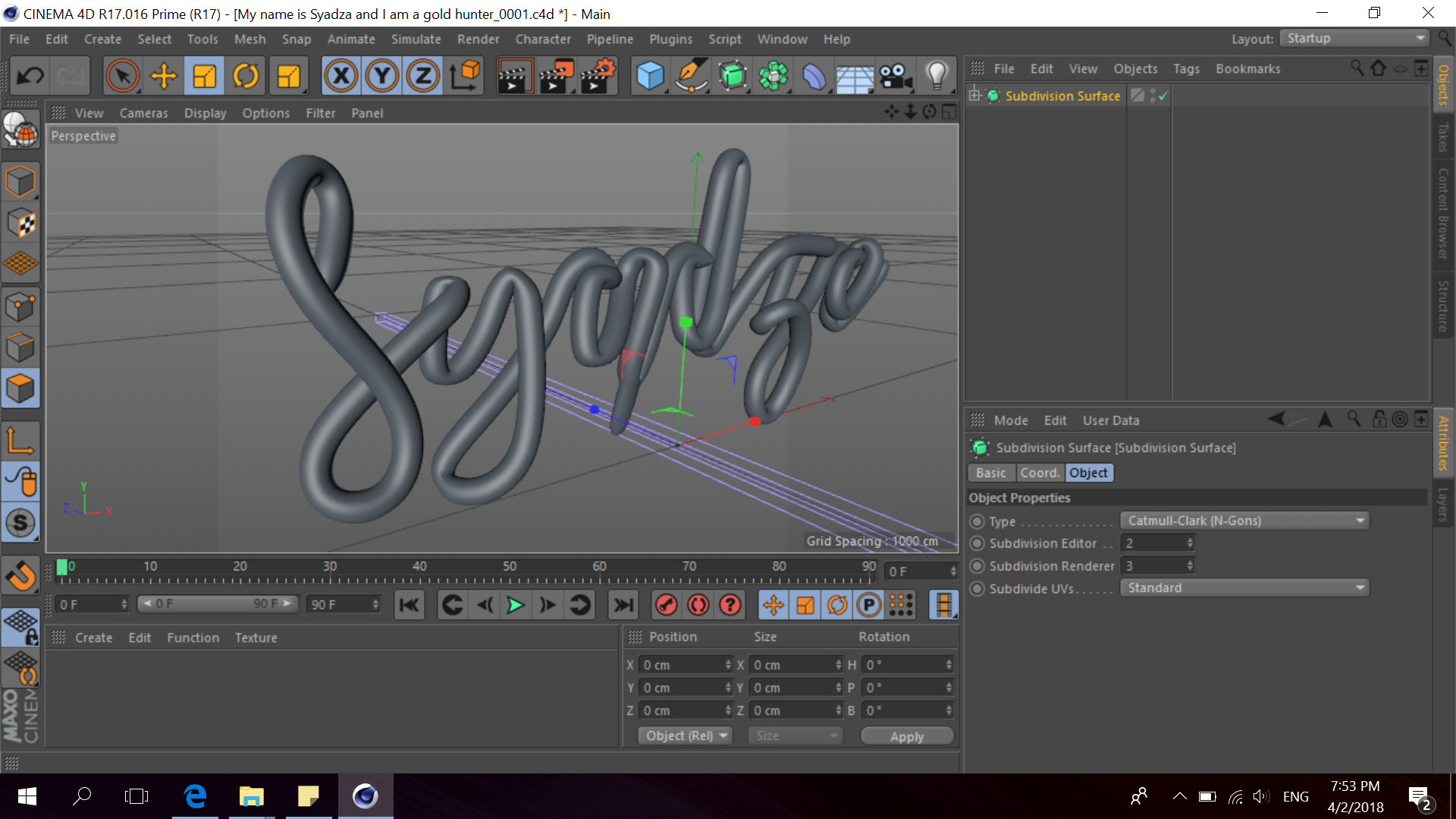 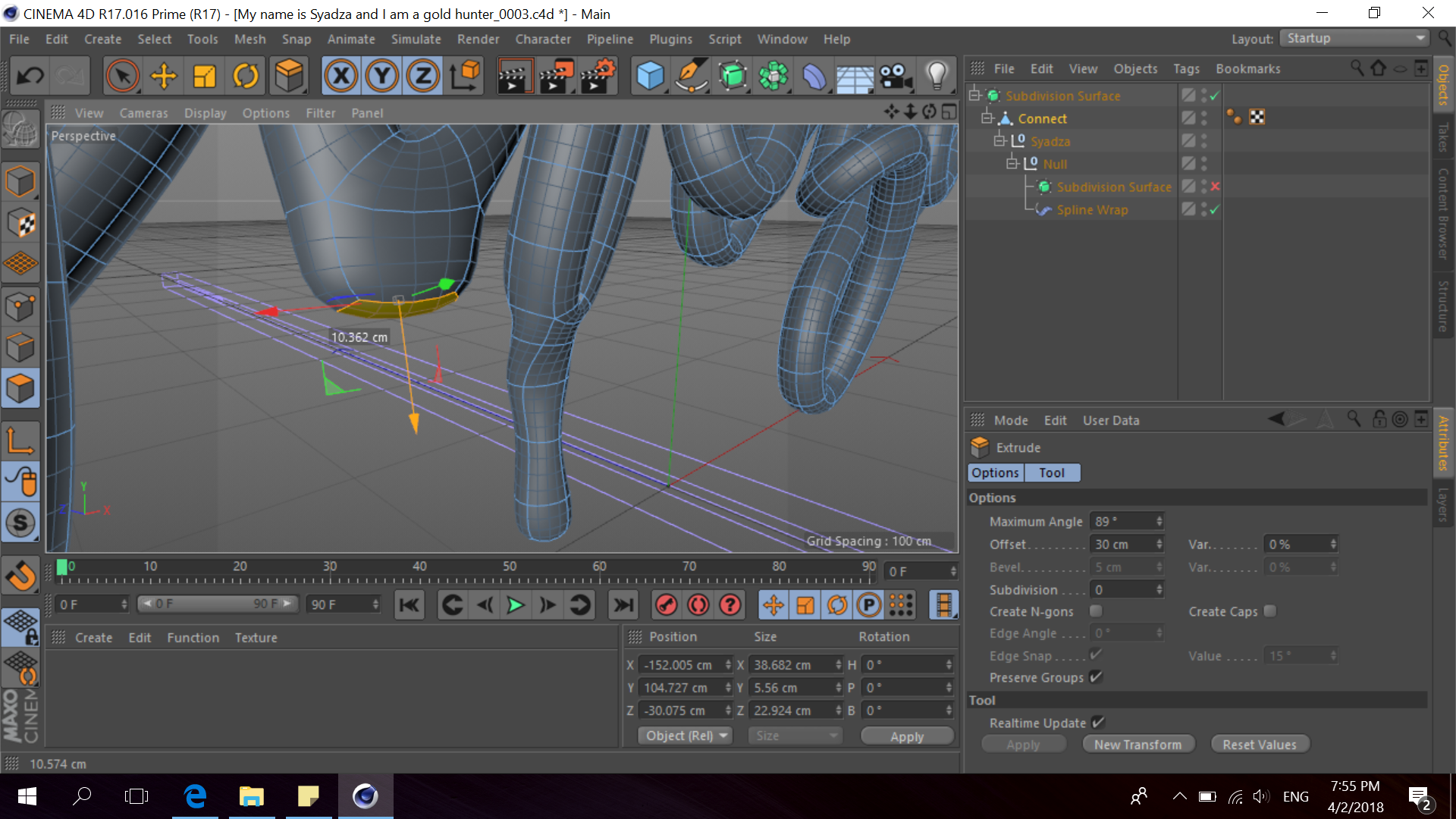 Now, its time to add the melting component of the overall text composition. I did this by extruding certain parts of the text and then group them under the “subdivision surface” in order to have the fluid smooth texture/effect. 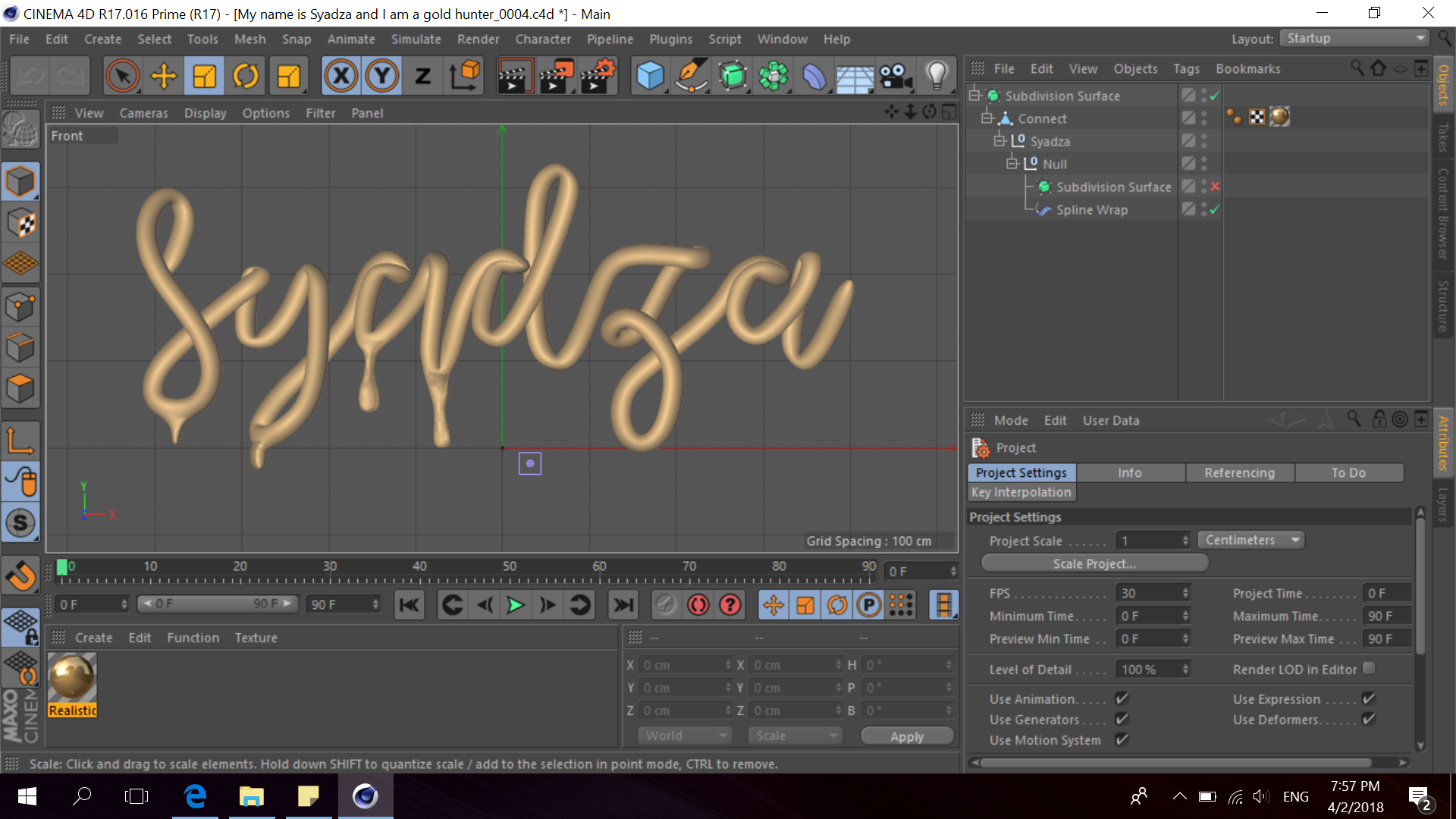 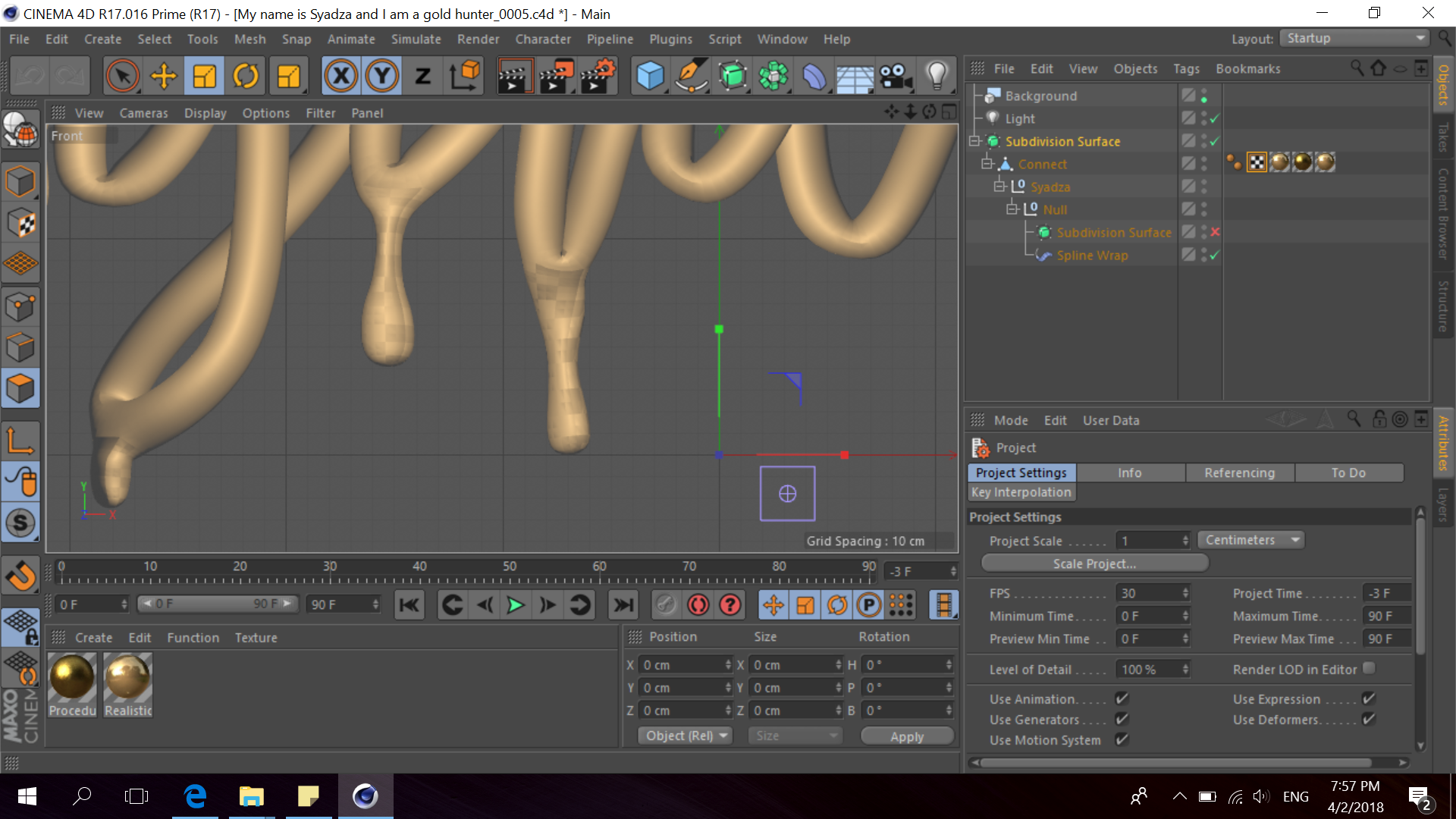 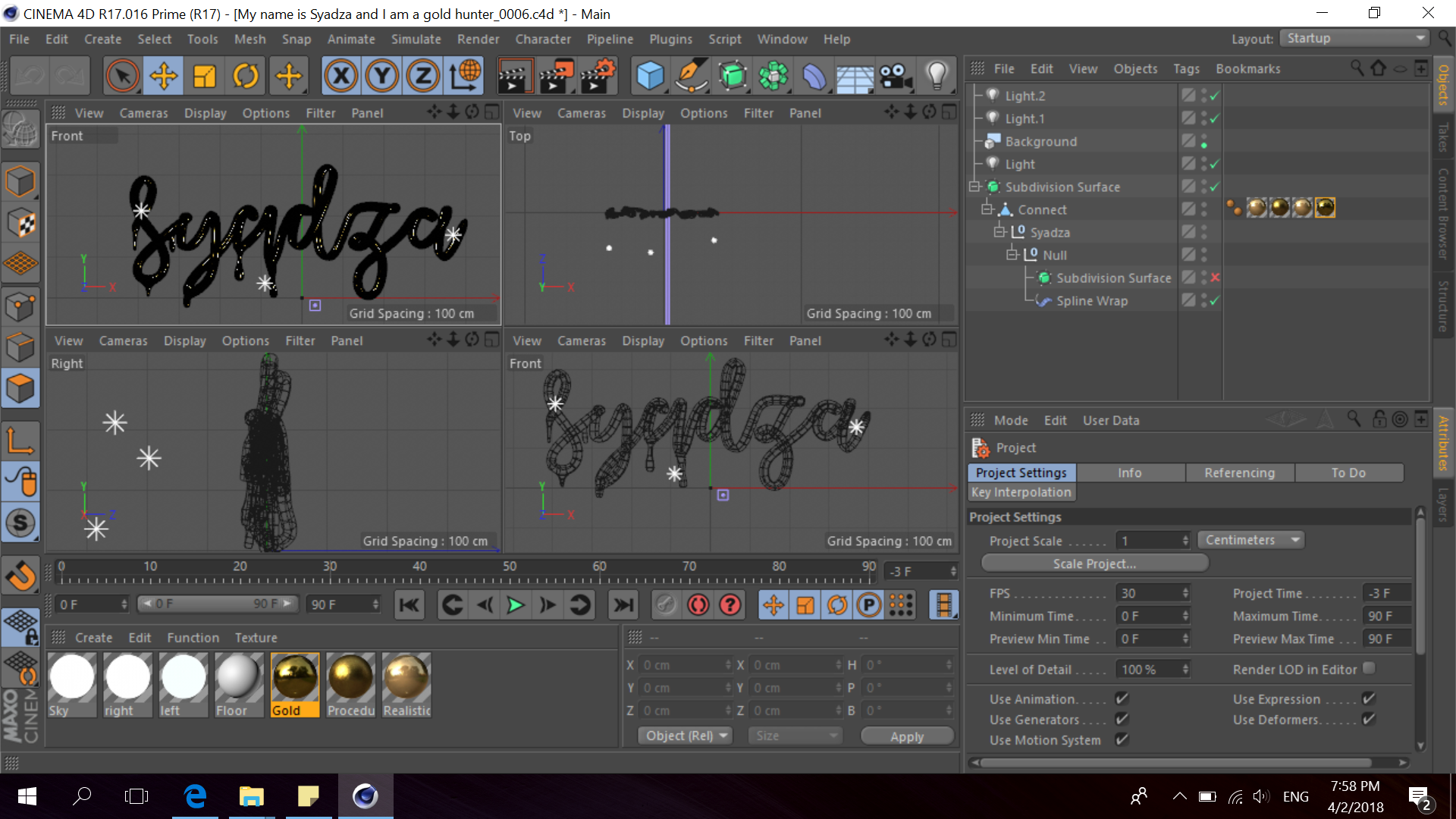 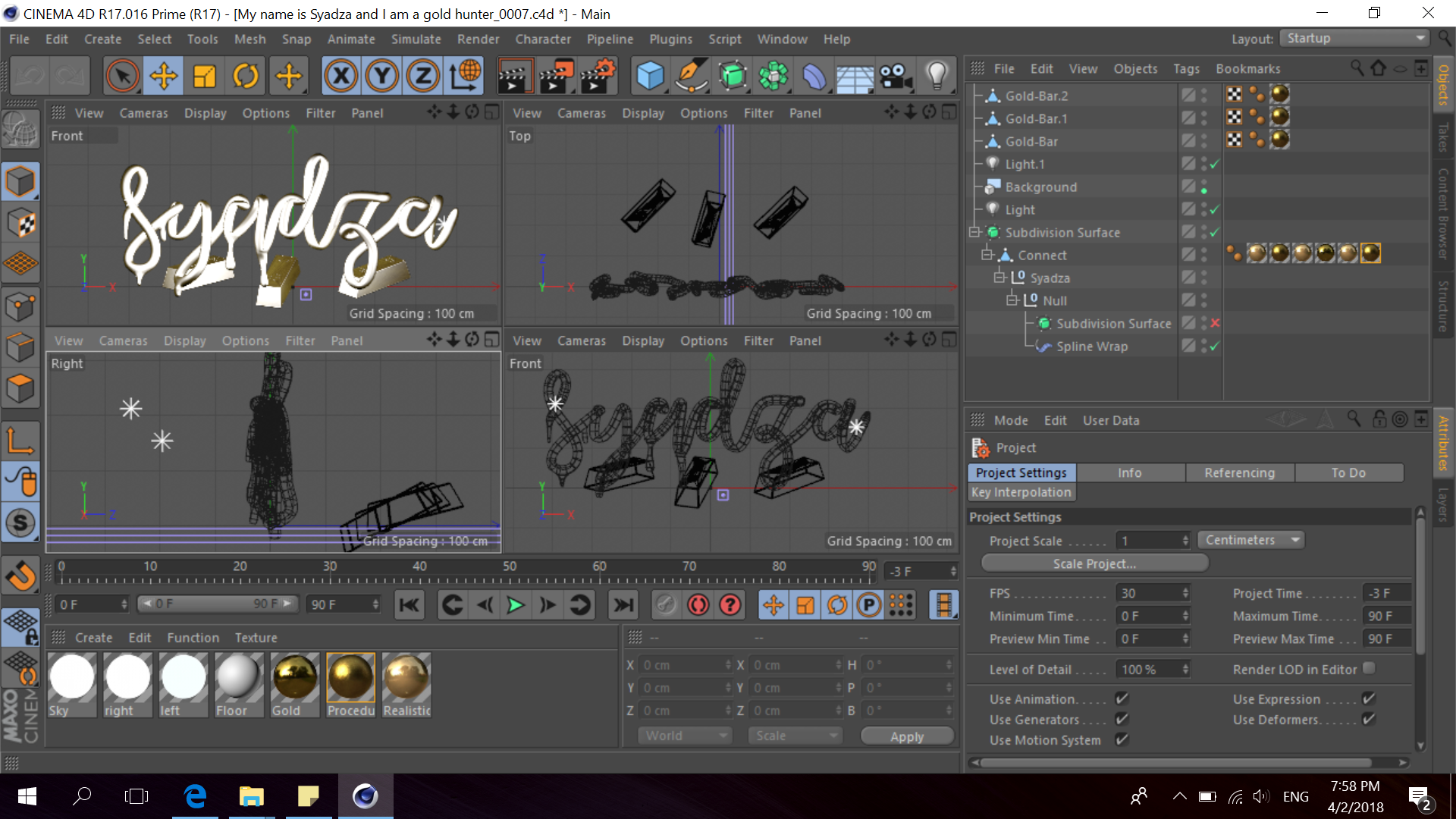 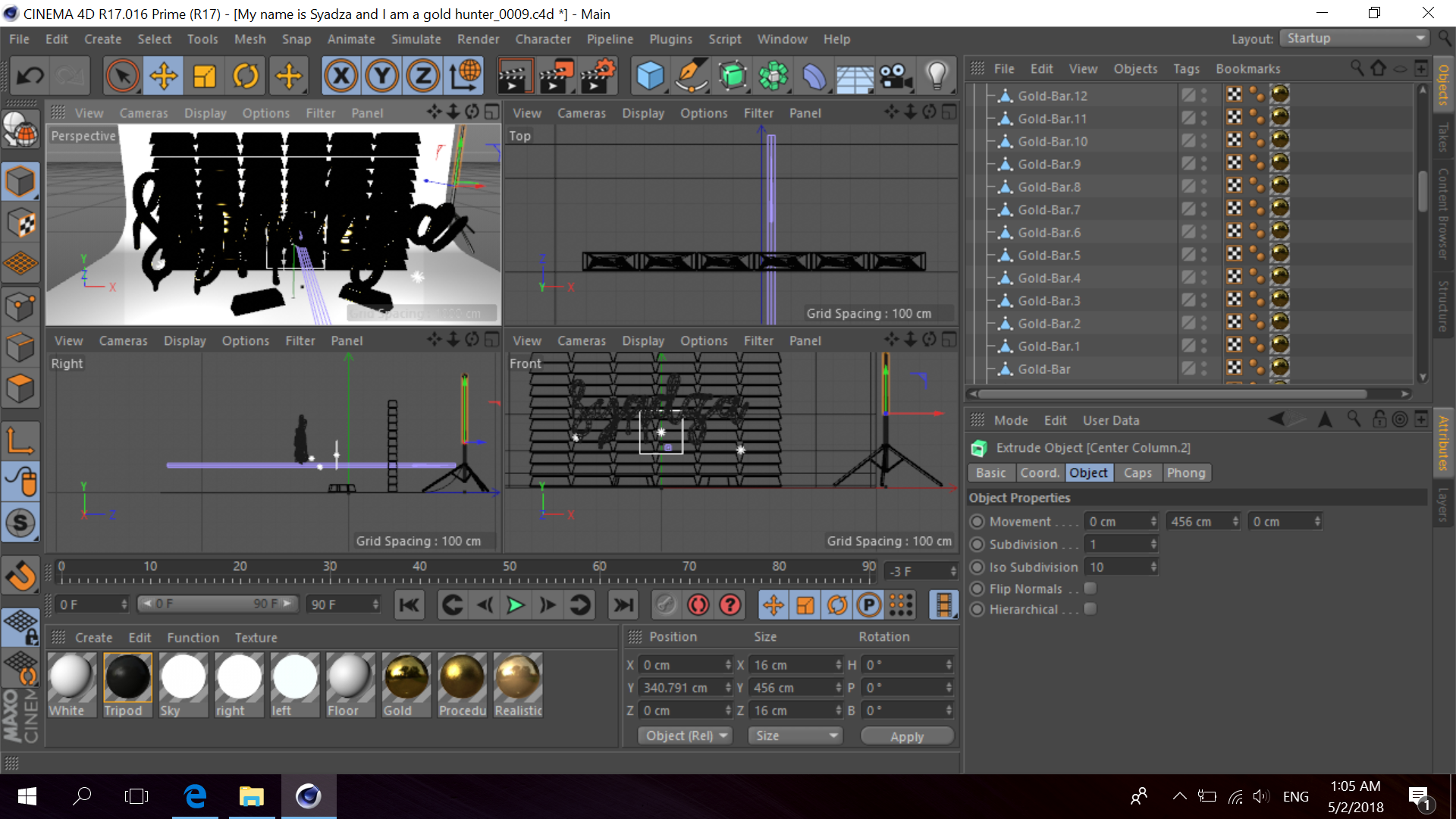 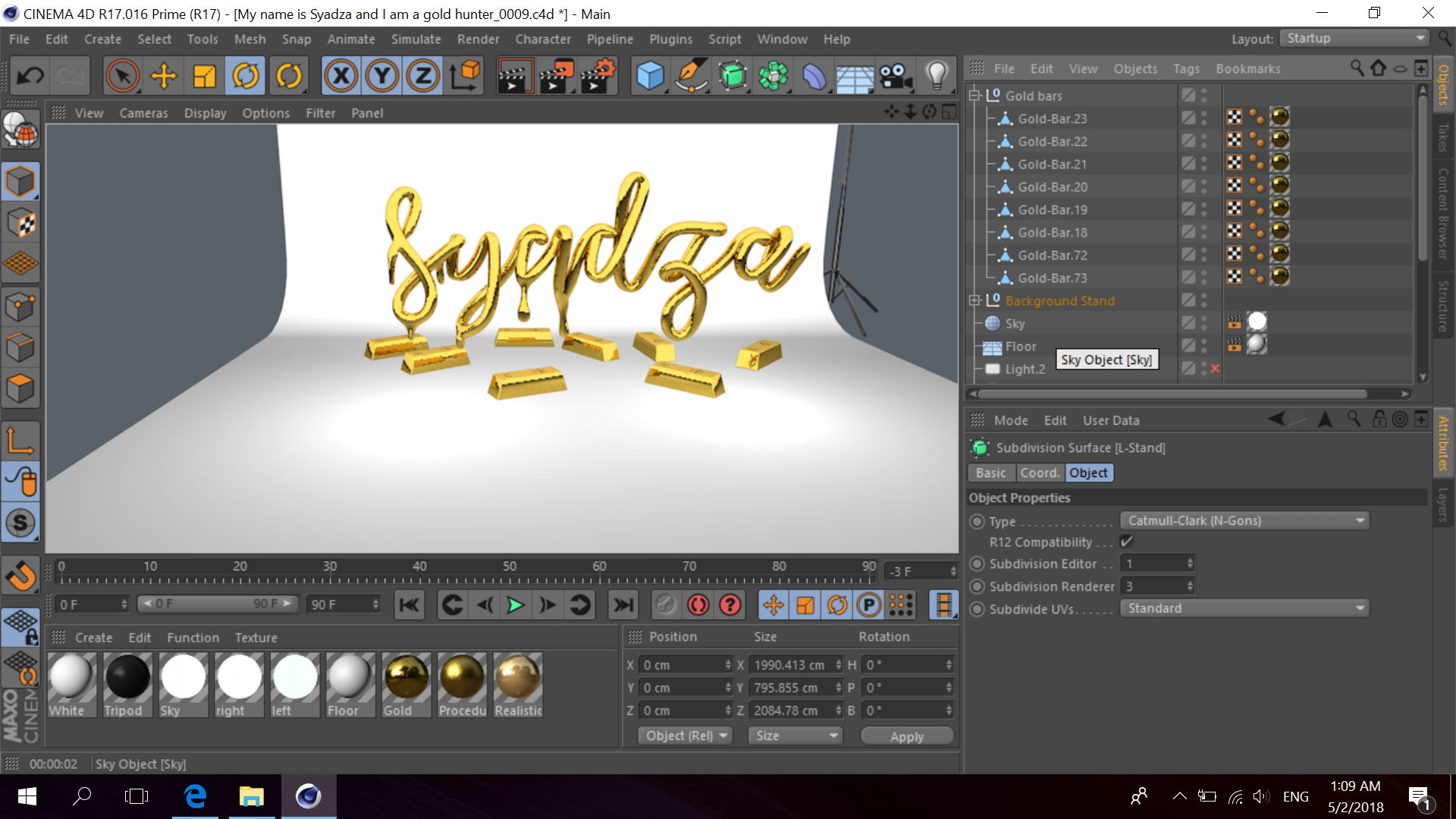 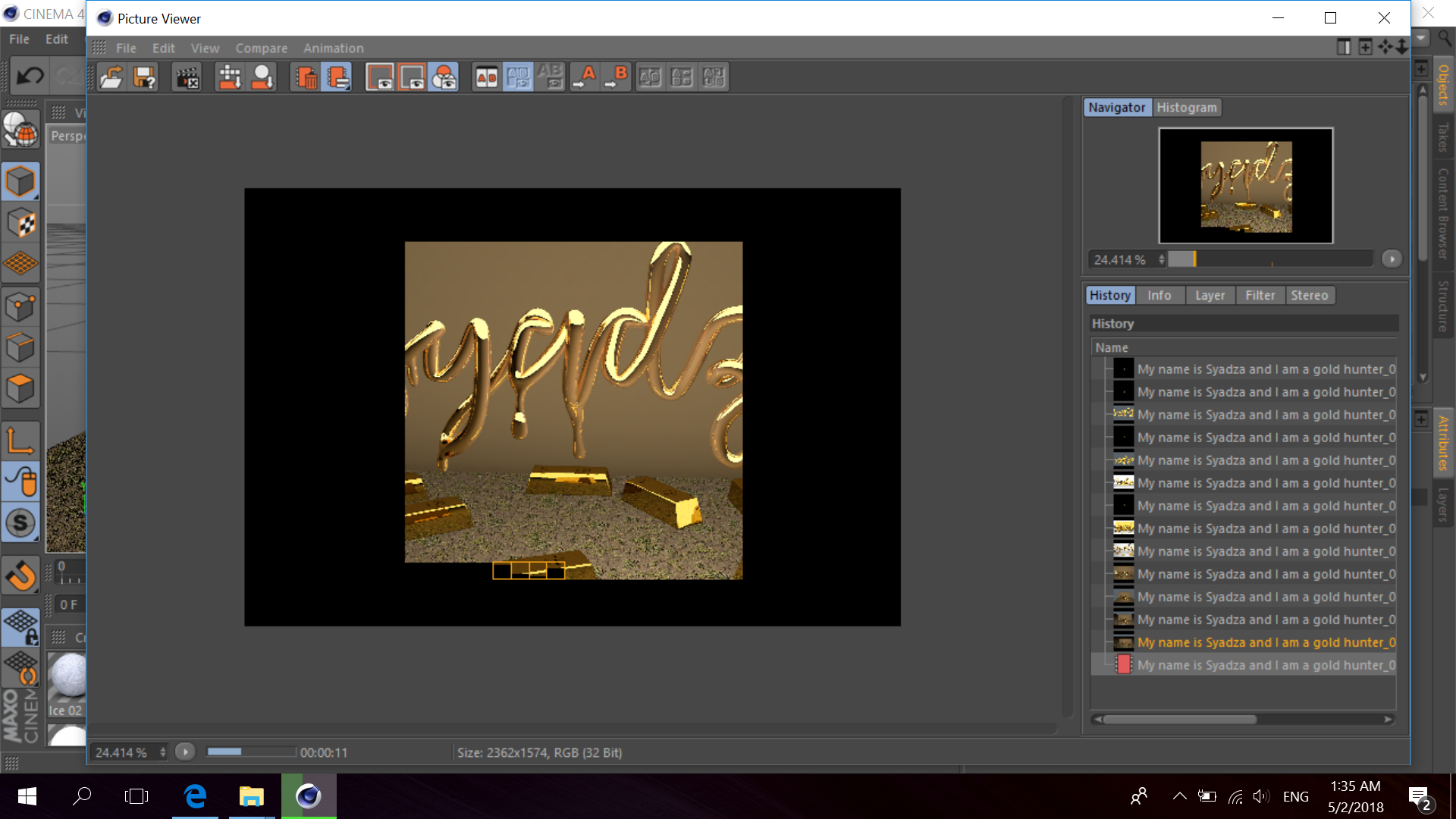 After experimenting with different backgrounds, I decided to make the backdrop in brown and add a ‘soil’ texture for the floor. This is because gold are found buried deep down in the Earth. Based on peers’ feedbacks and consultation, I decided to pour the melted gold from the top of the composition. This is to convey that there is a furnace up there, which contains the liquidified gold. 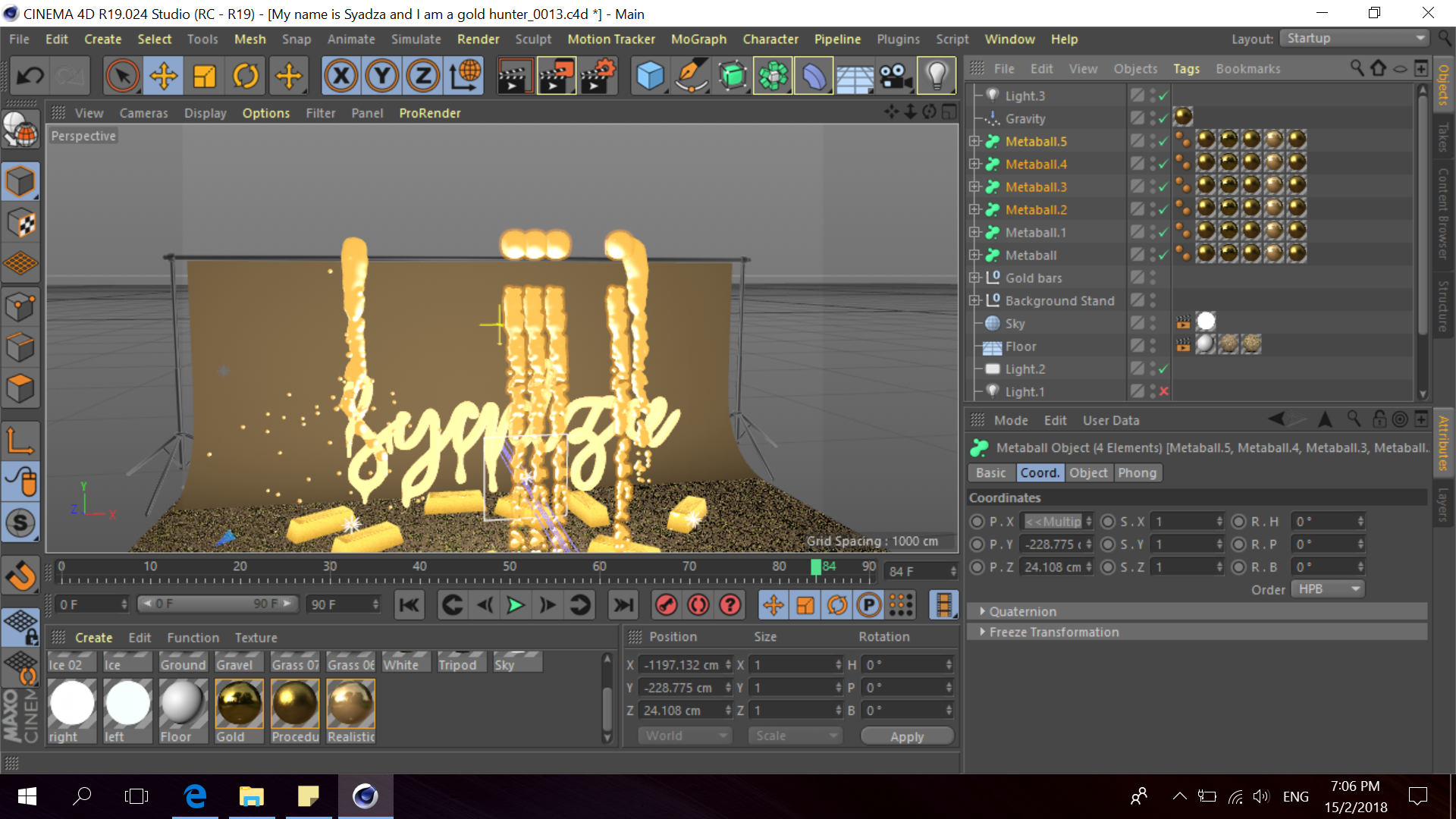 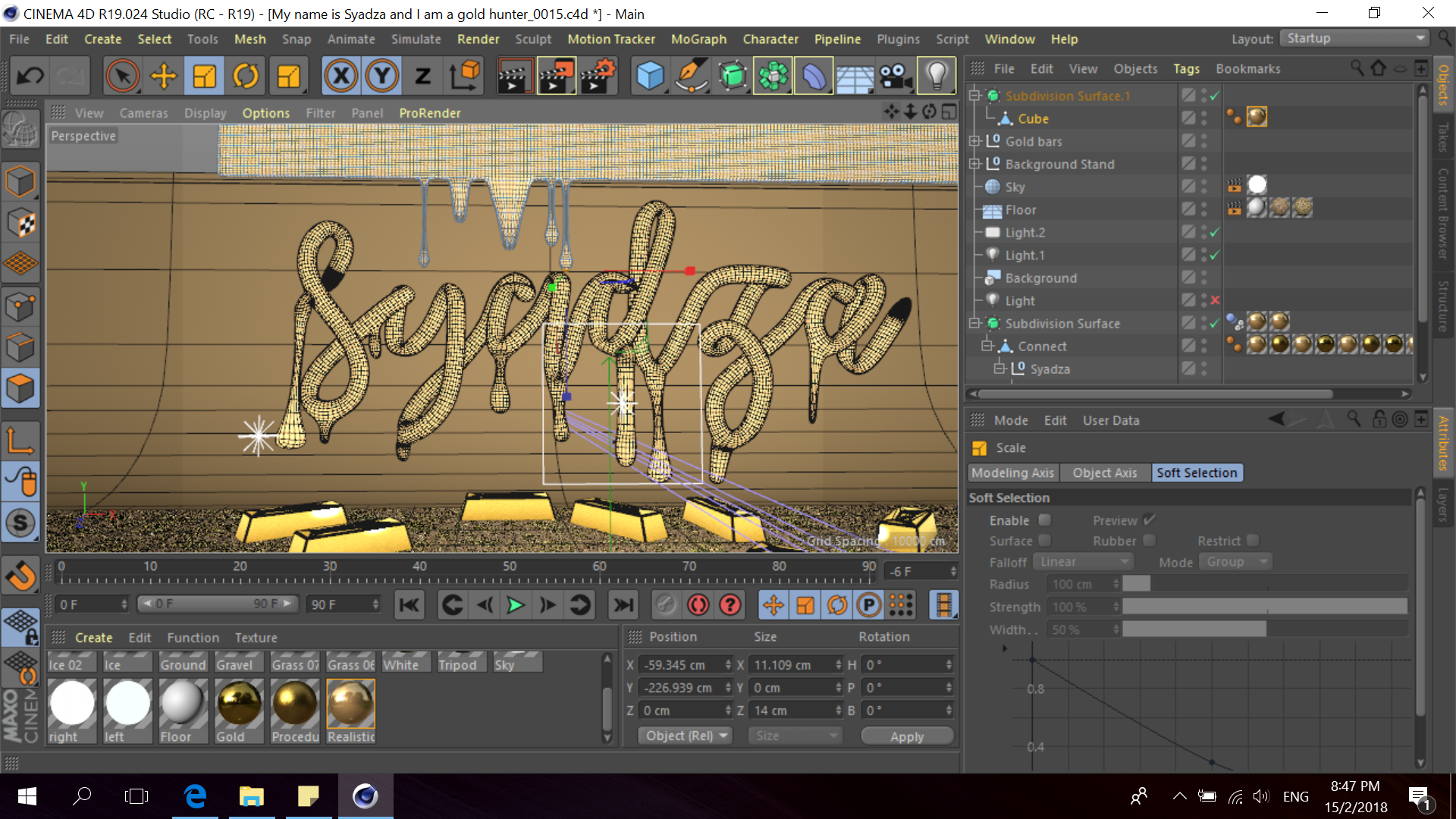 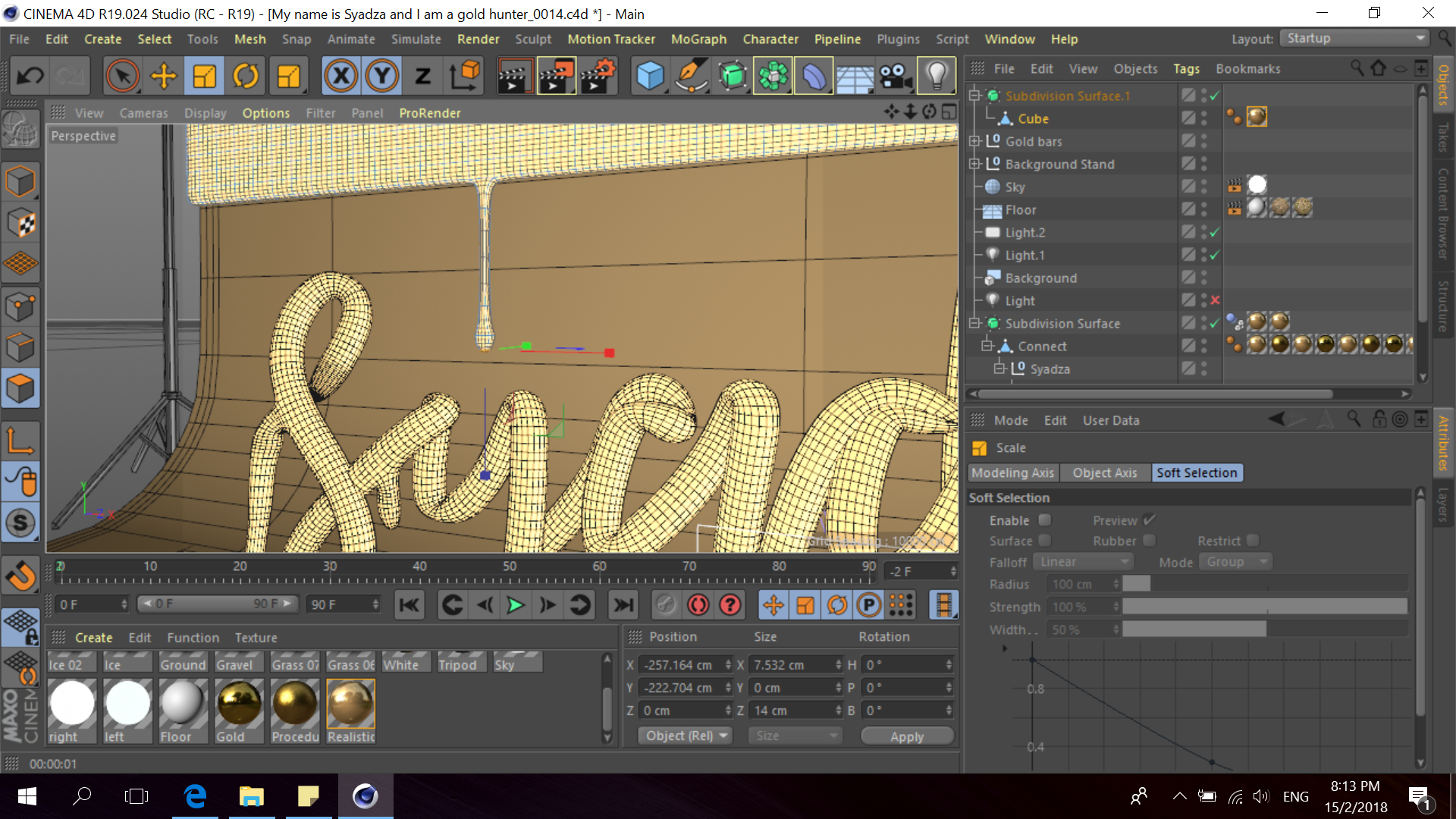 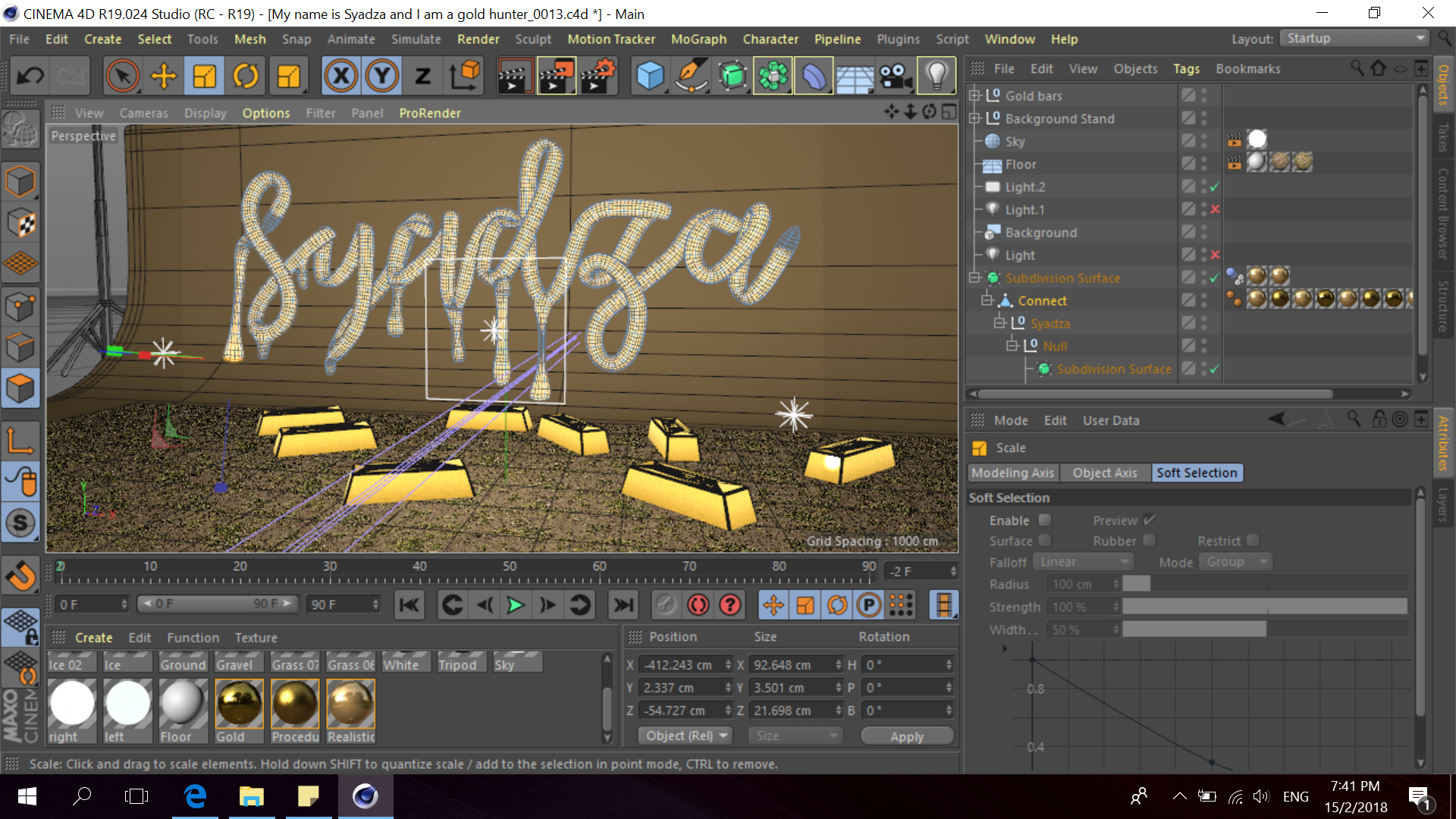