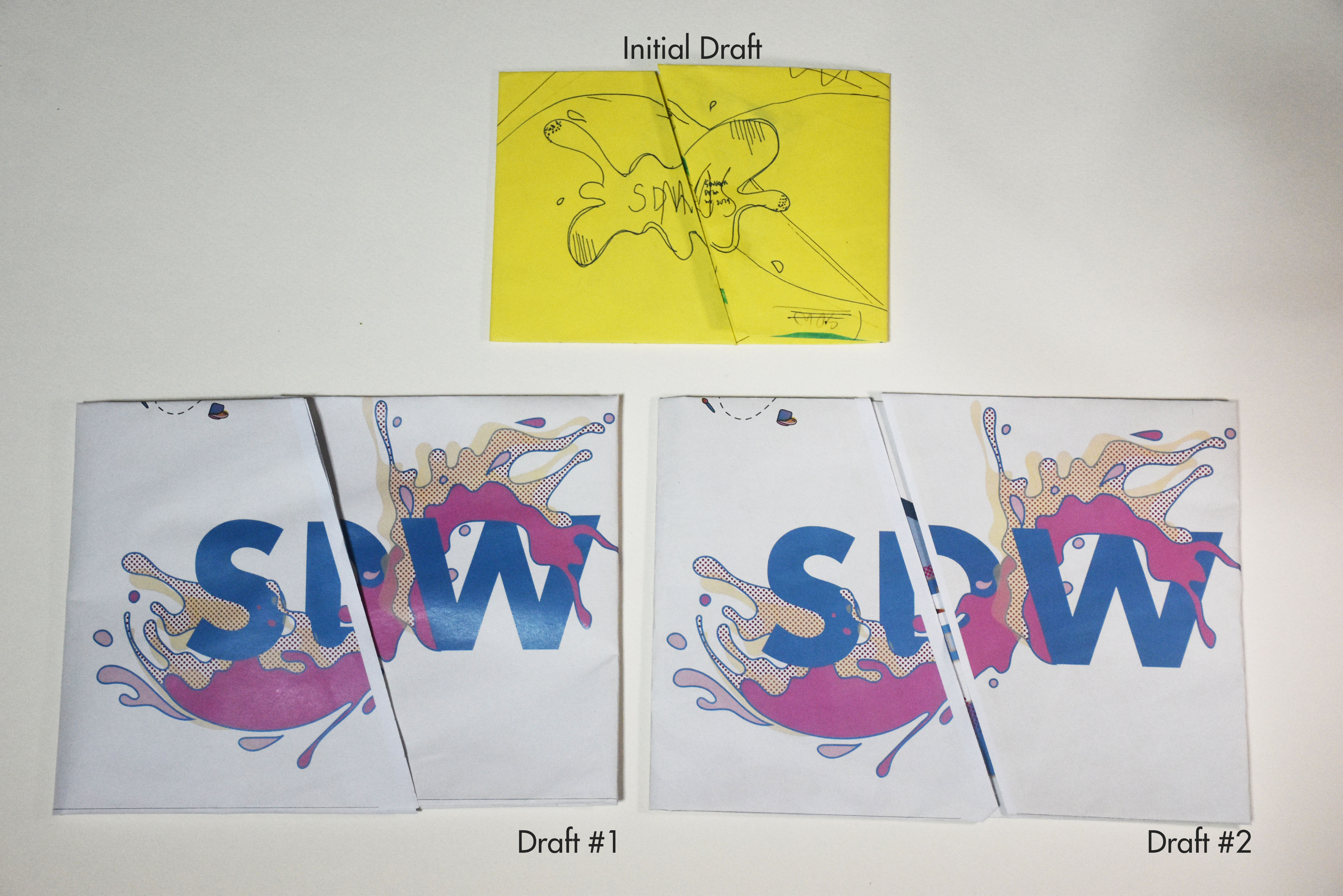 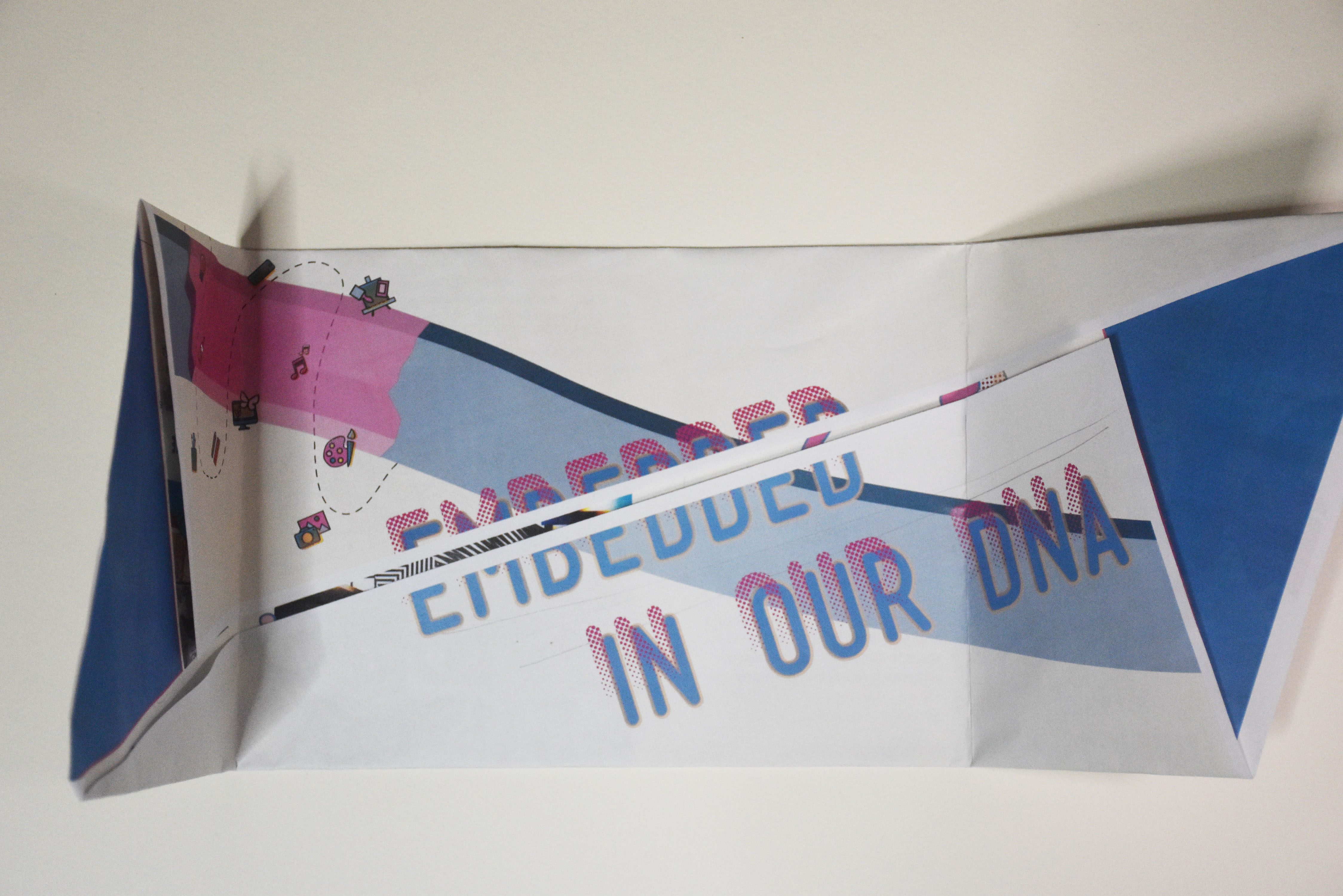 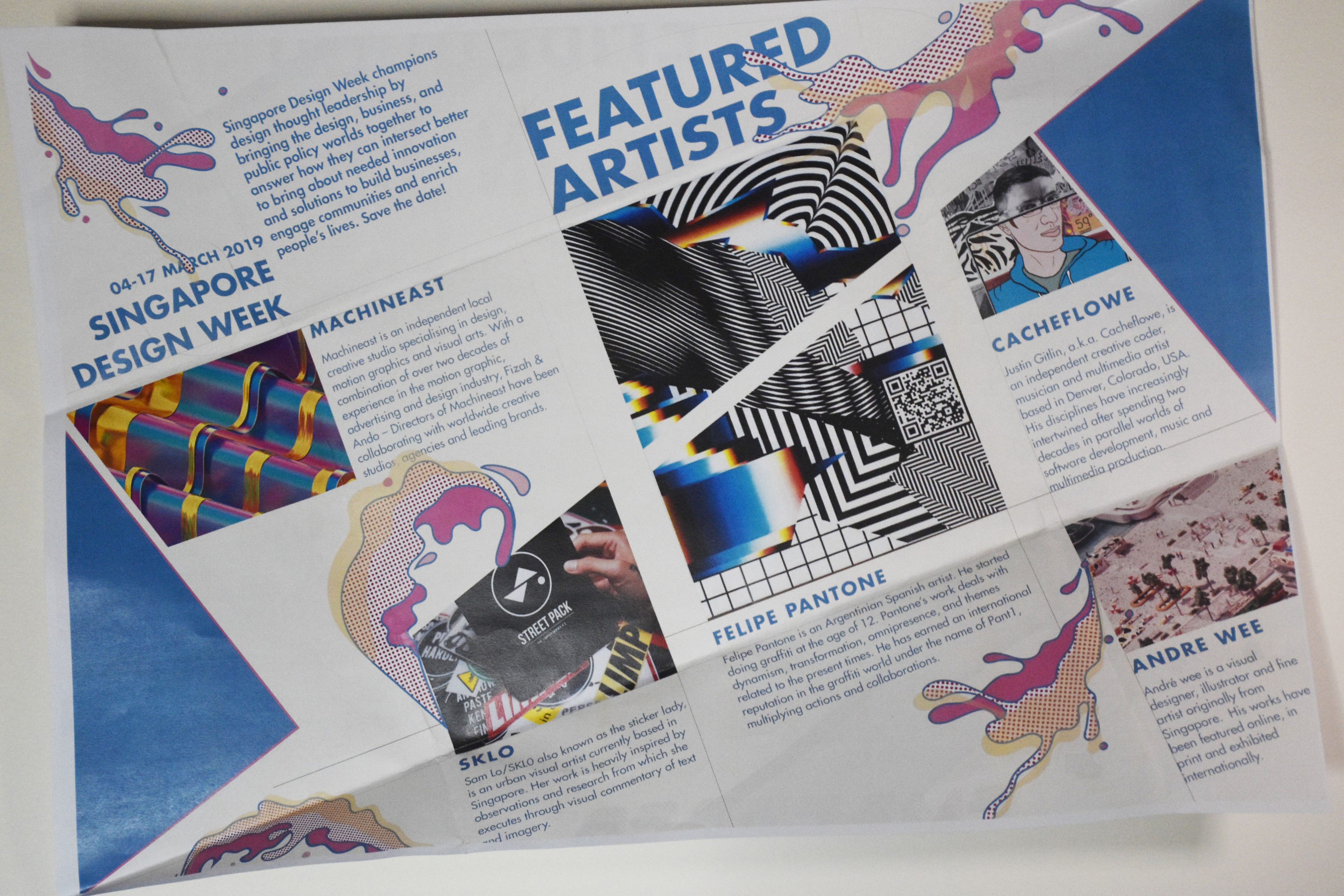 Hence to rectify the problems listed, I decided to use a much accurate method to draw out the fold lines – which is by using autocad. And it works. Even though it is really difficult to make it as accurate as possible. This is because my design is on both sides and a little shift in printing it will affect the whole grid layout design of the brochure. (*apparently ‘true colors’ print it perfectly than ‘colorvizio’ )

As for the ‘surprise’ element, I decided to play with the contrast of colors. The user will see a huge paint of blue, as contrast to the front page of the brochure. I intended to pique the user’s curiosity to find out more what’s inside.

However, again, the alignment problem is still there. It was suggested that I totally removed the flaps if I could not make it work somehow. Simple folds with good design layout will holds the information better than a complicated one.

Another version of the design (without flaps) 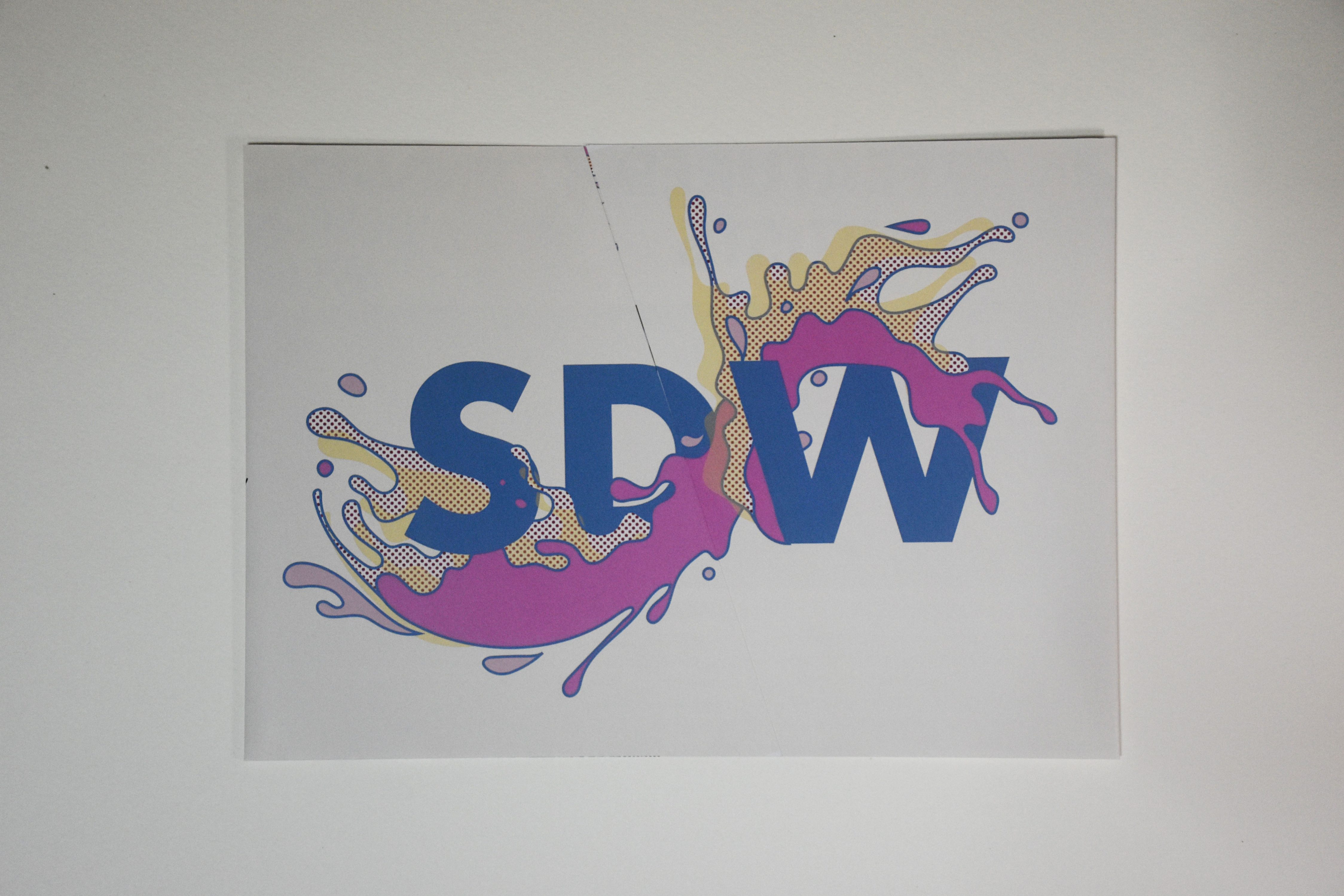 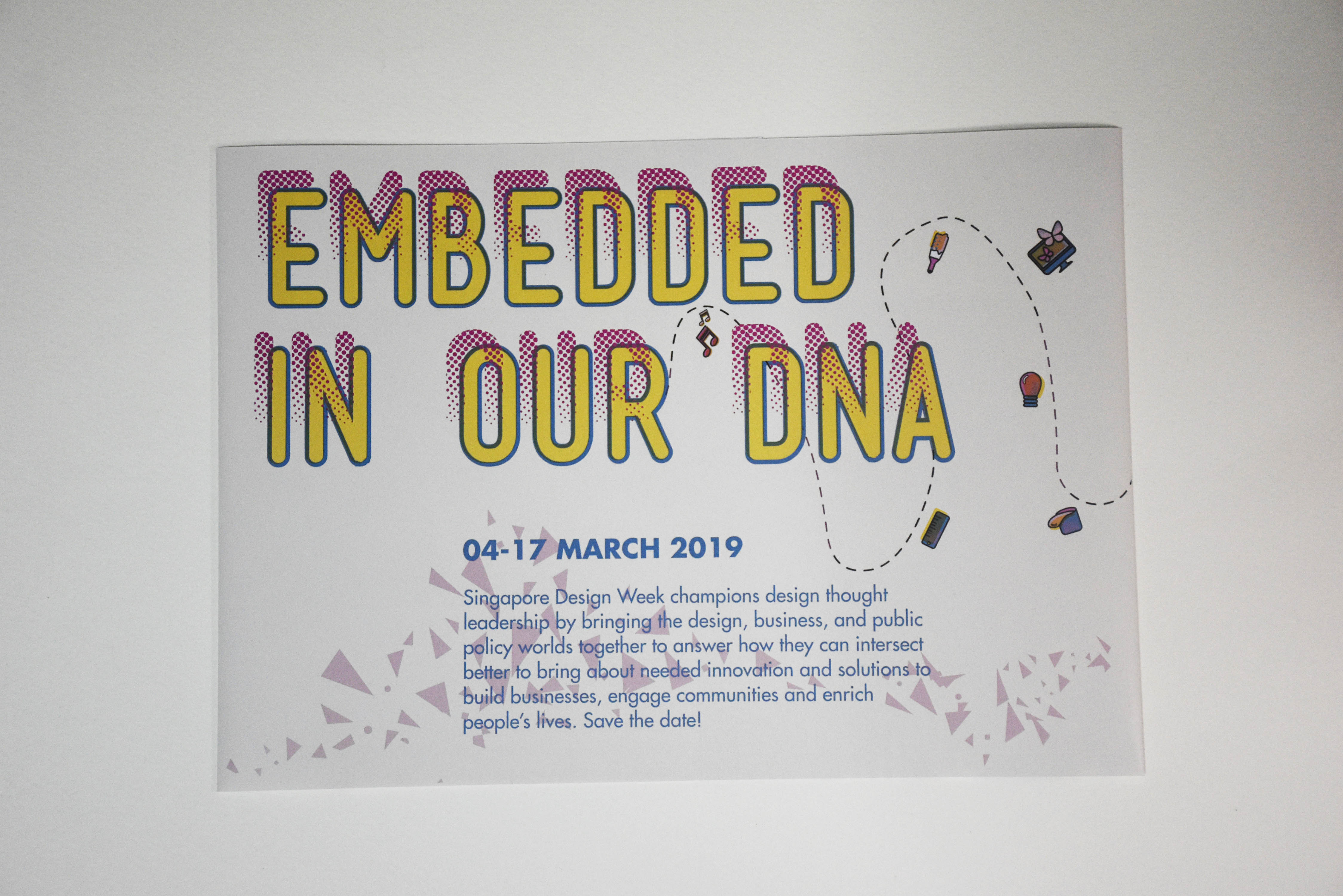 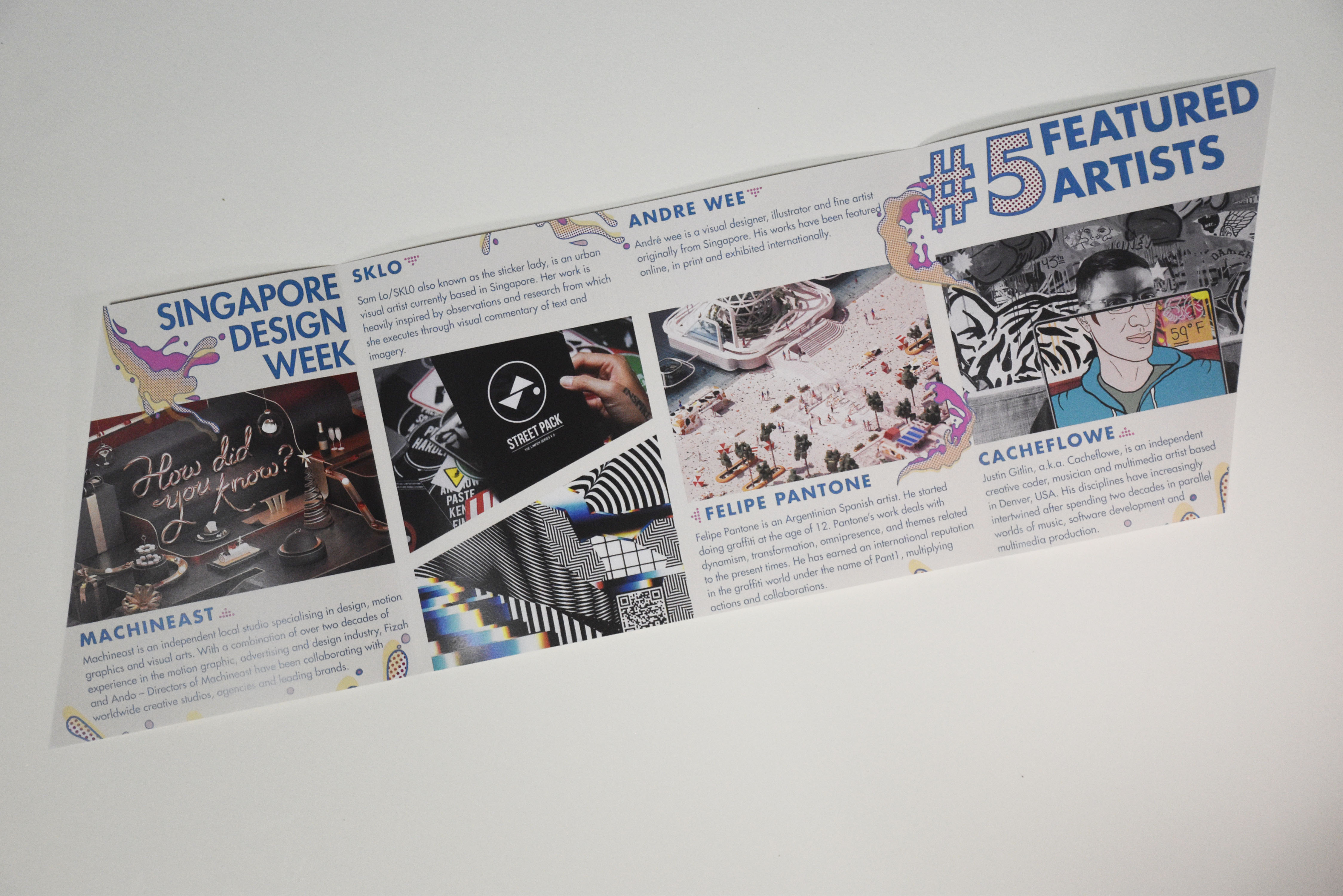 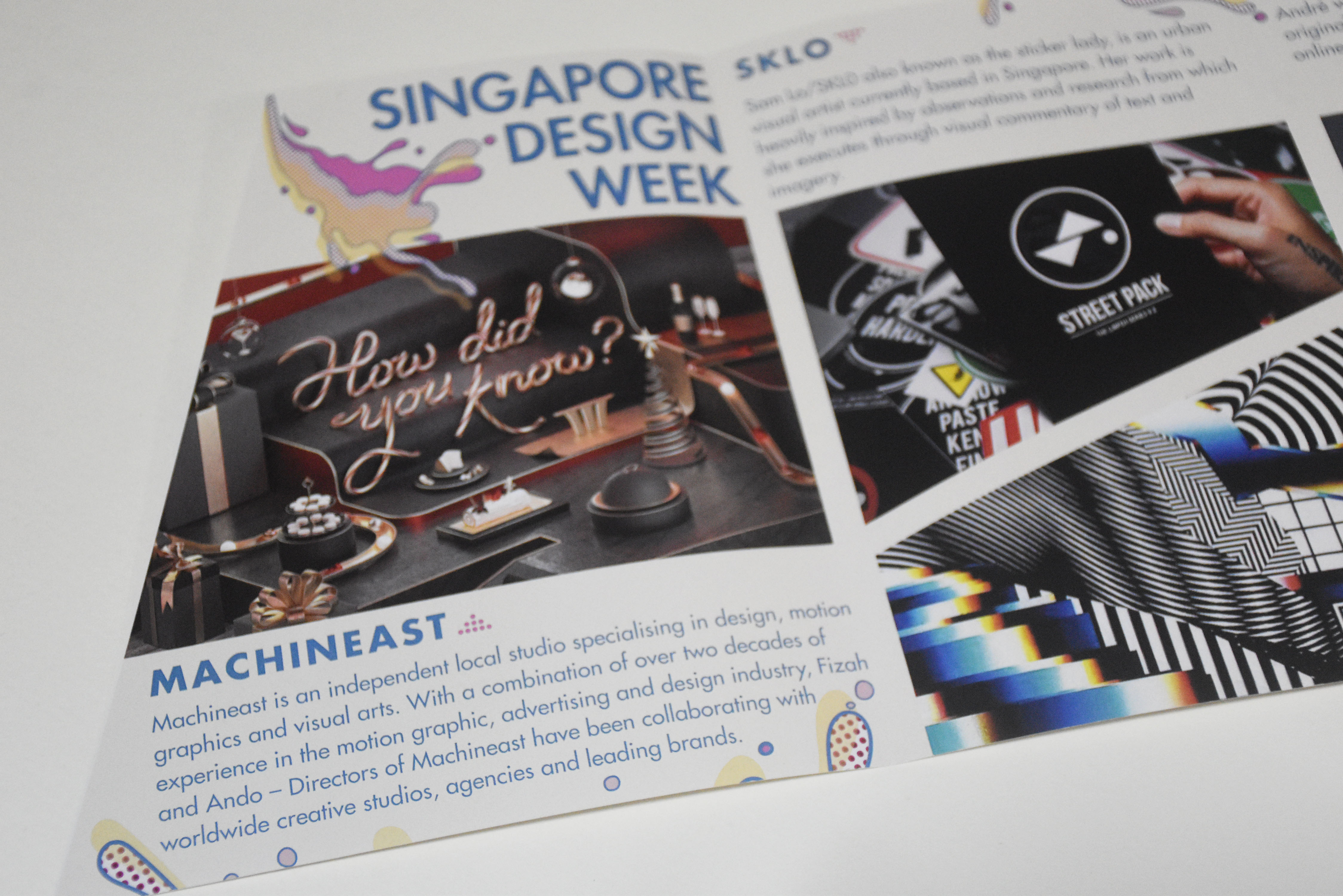 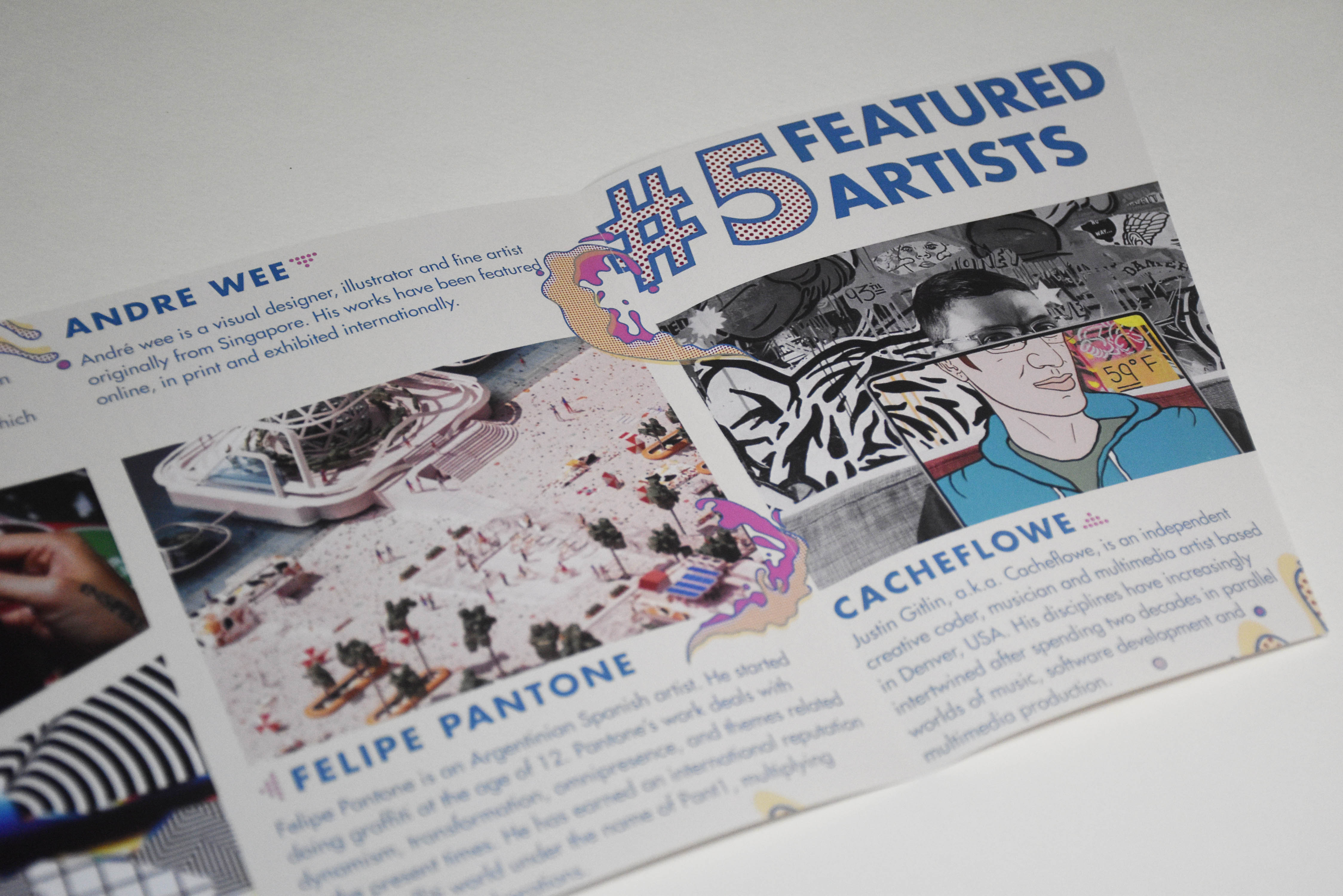 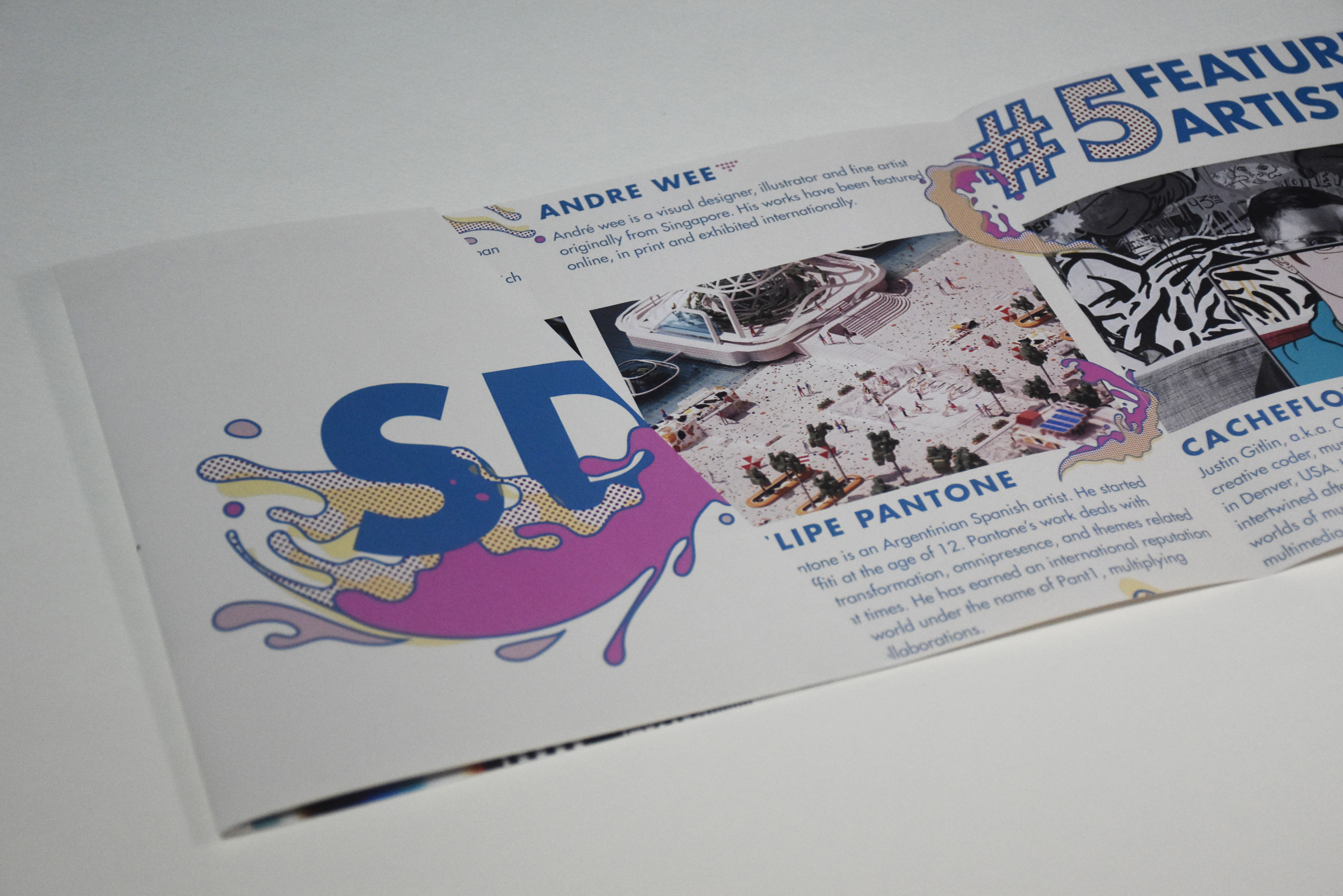 Hence, I decided to just make another version, which is without the flaps. Personally I prefer this as the content inside is very neat and clean. The slogan is then placed at the back of the brochure since the flaps are now gone. However, I feel the brochure is not really impactful. So I decided to go with my original idea and try to make the flaps  design work. 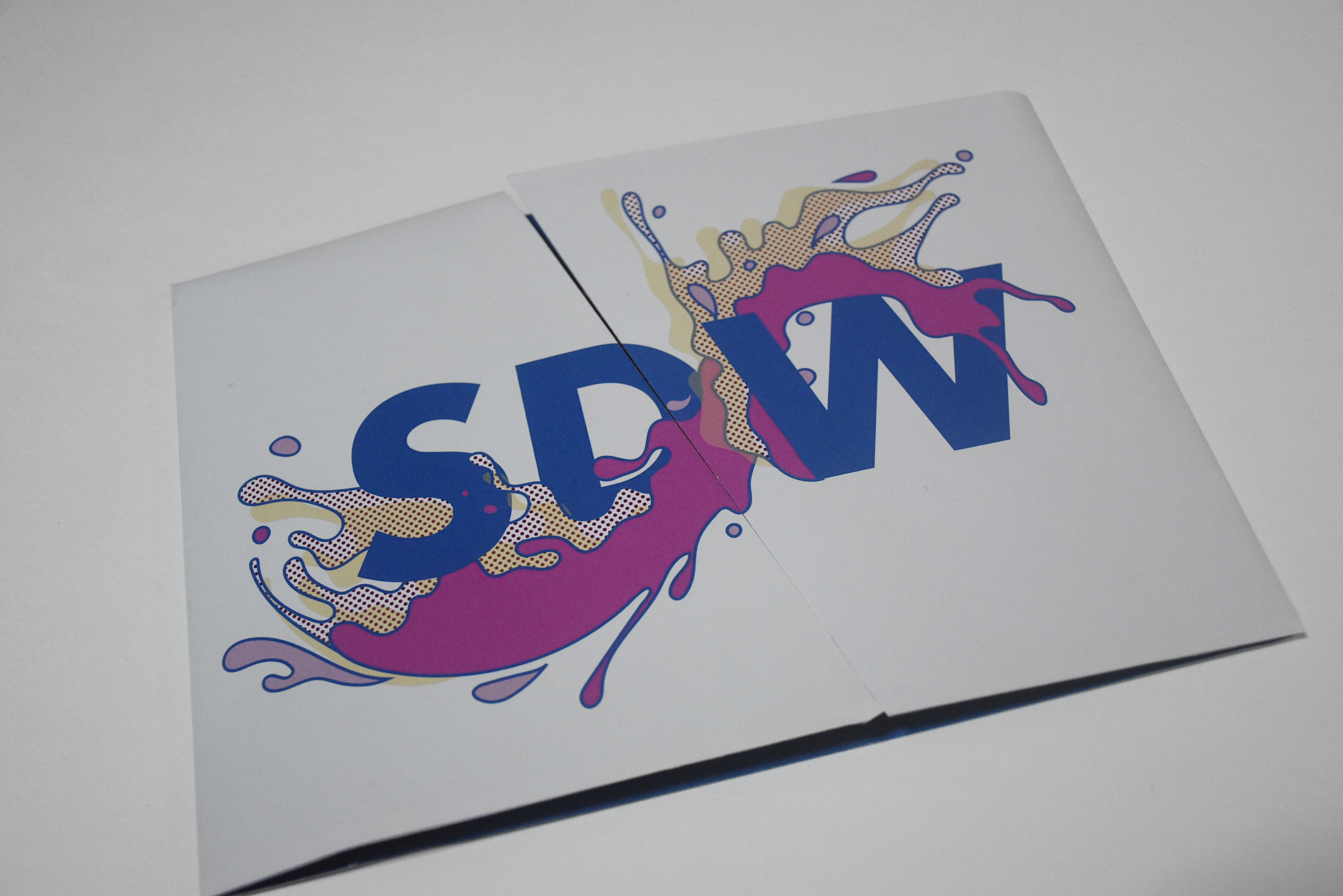 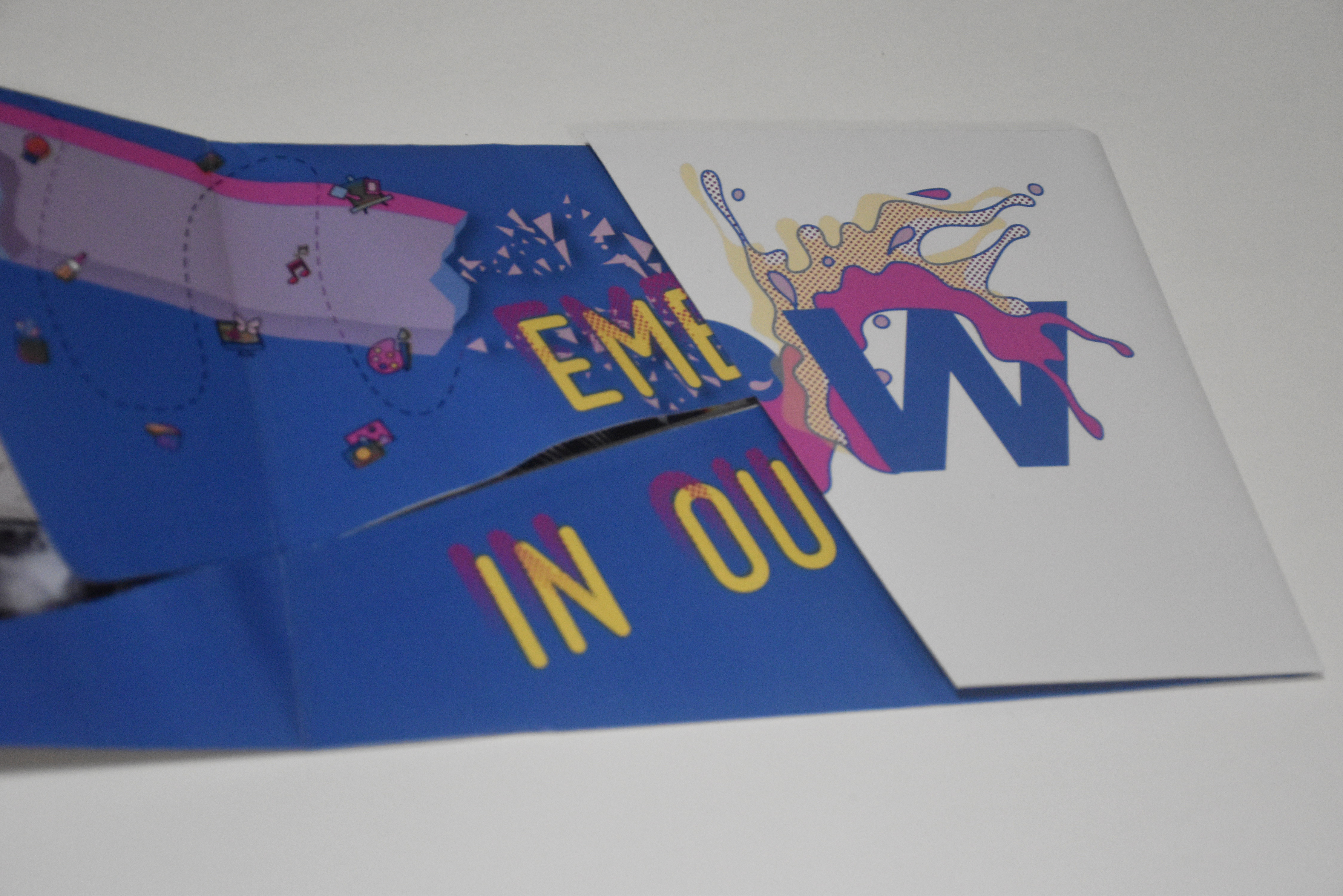 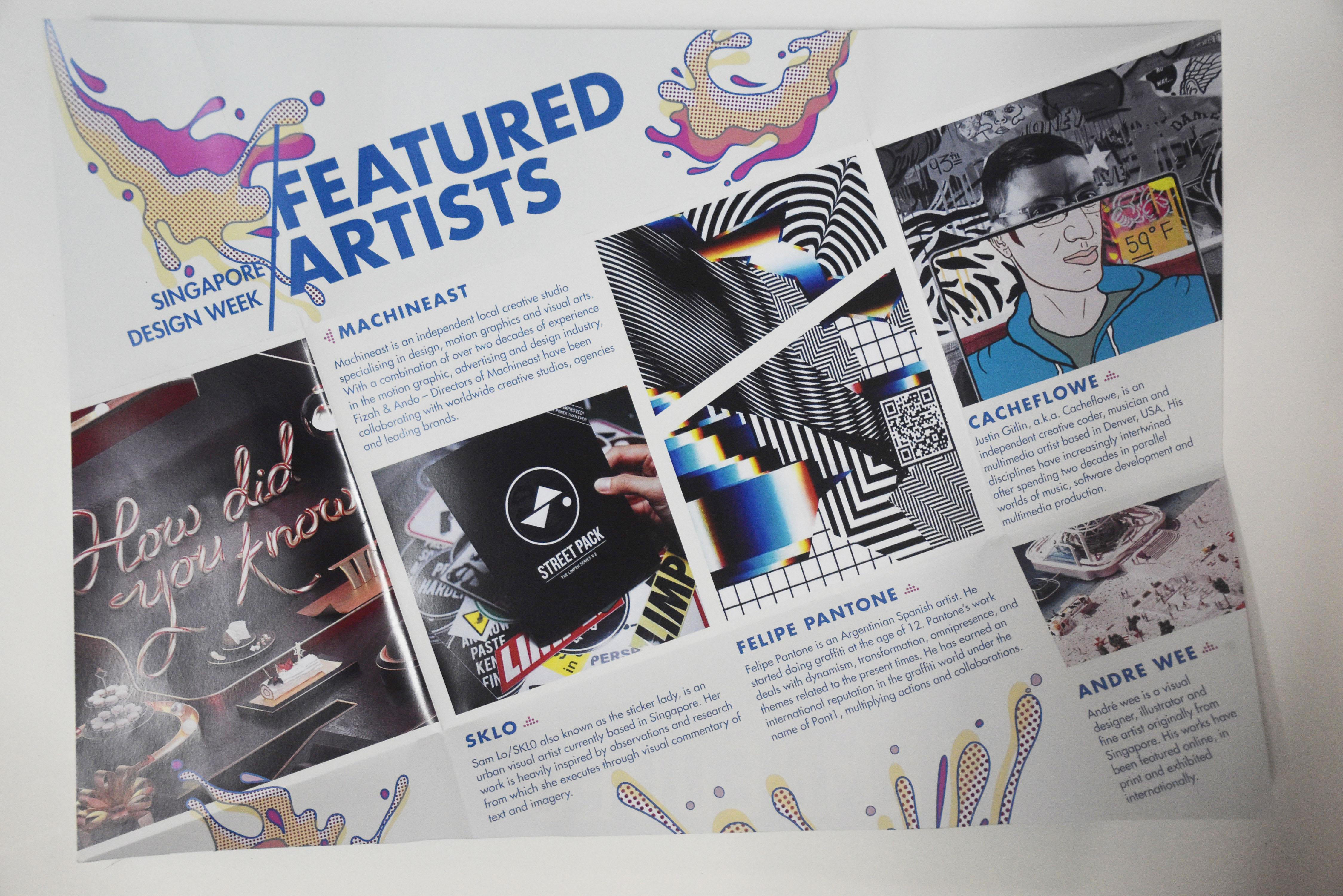 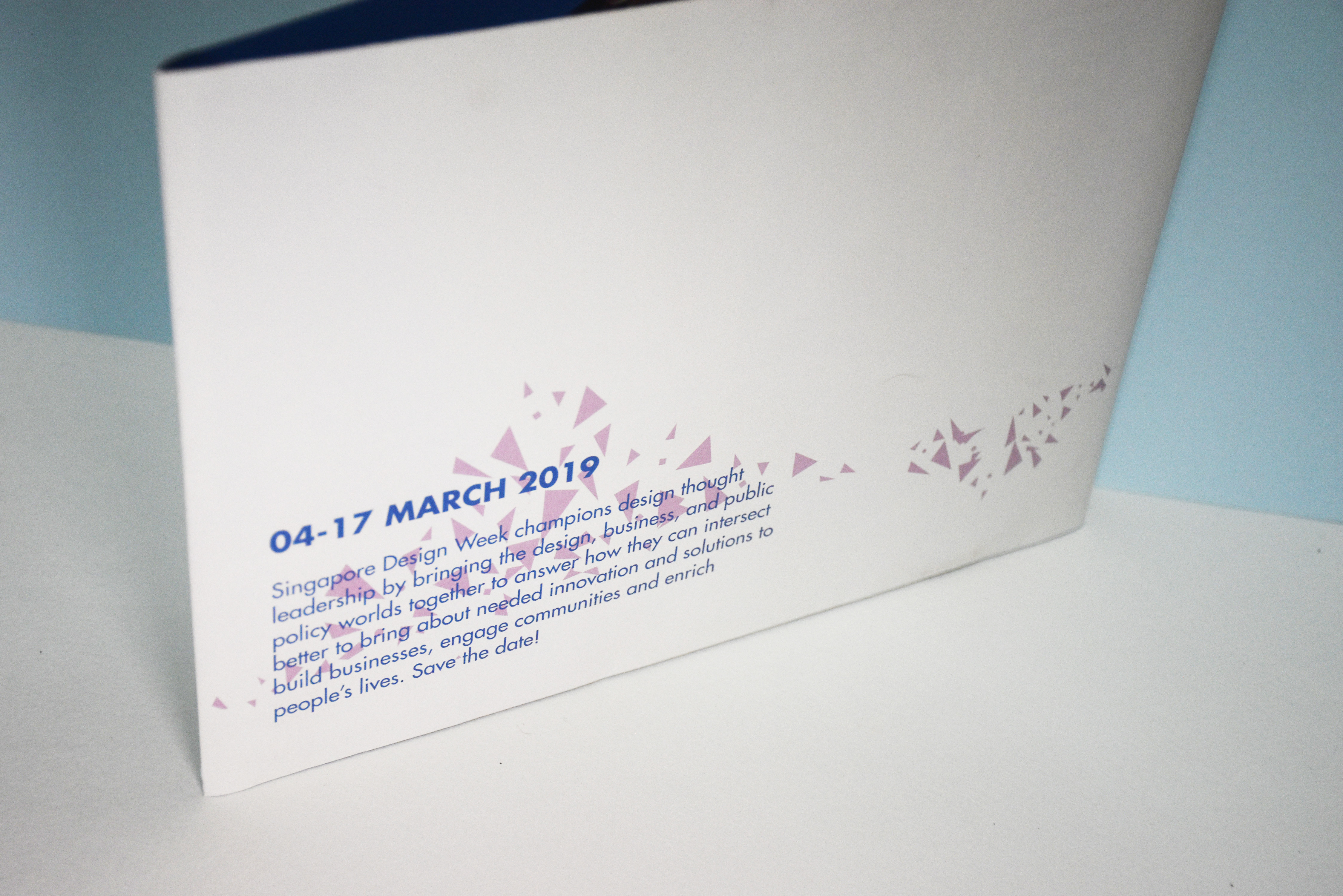