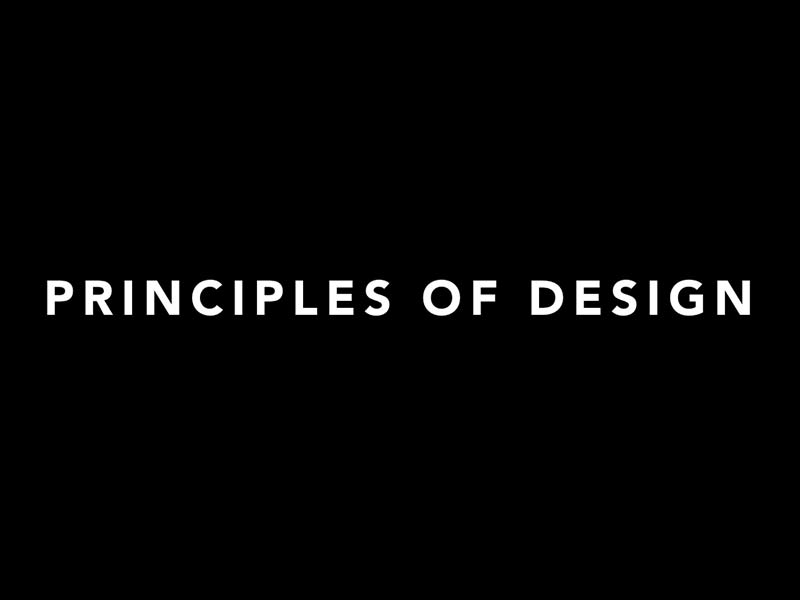 The Principles of Design describe the ways that artists use elements of art in their work. They are mechanisms of arrangement and organization. Today we will touch on the principles of harmony, pattern, size, scale, proportion — which — when mastered can help you to purposefully compose elements of art to communicate your desired effect. Harmony in visual design means all parts of the visual image relate to and complement each other. It is the visually satisfying effect when we combine similar elements in a work. In A Basket of Flowers with Shells on the Ledge (1975) by Balthazar Van Der Ast, the artist used a red colour to create harmony throughout the differentiated shapes and axes of the elements. The use of adjacent colours on the colour wheel can help to harmonise differentiated shapes, and likewise the use of similar shapes can help to tie elements of contrasting colours together. This can be achieved by using repetition and rhythm — a concept commonly synthesised to be known as pattern. Pattern is showing consistency by connecting the elements.

The use of pattern can synergise the elements in a composition. In The Web of Corporate Good (2017) by Ryan Mamba, the repeating triangles pull together the different directions, scale, perspective and axes of the shards. The variation in its scale creates a flowing dynamic in the composition of the architecture that leads towards a focal point.

This principle is evident in architecture, urban landscape, film and photography. It can also be used to synergise works of a series.

Wes anderson uses blocked symmetry and a curated colour scheme in his works to create synergy throughout the scenes — and even define his style. Pattern can also be used in more candid, photorealistic works. The three-tined shape of the pitchfork in Grant Wood’s American Gothic (1930) is repeated exactly in the clothing. It is also repeated in the windows and vertical lines in the house. On the other hand, curved shapes surround the woman’s head – in the broach, curved edge of her dress and background trees. This repetition of shape unifies the painting, while the differences between the vertical and curved shapes give the painting a balancing sense of variety.

How do we properly leverage on the properties of these patterned shapes or lines or forms? We can use them in a rhythmic manner by repeating elements, creating a movement in which some elements recur regularly. Repetition works with pattern to make the artwork seem dynamic. In Anthem (2017) by Ryan Mamba, identical polygonal elements and identically positioned flags are repeated in a predictable manner, creating an organised direction that guides the eye to move diagonally.

Whereas in Cuboid (2016) by Ryan Mamba, the lines lead towards a vanishing point, guiding the eye to the subject at the center. The idea of graduation is seen in these diminishing rectangles, creating a depth. The idea of radiation is seen in the splayed axes of elements created by the perspective of the photo. The repeated parallelograms also create a synergy that composes the elements of photo in the same direction.

Rhythmic composition of elements can indicate movement and make an artwork seem active. The repetition of elements of design creates a clear sense of consistency, cohesiveness, and unity — which we will talk more about in the later parts of this presentation. Unity refers to the synergy of the whole composition. The parts of a composition made to work together as a total visual theme. /It is the relationship among the elements of a visual that helps all the elements function together.