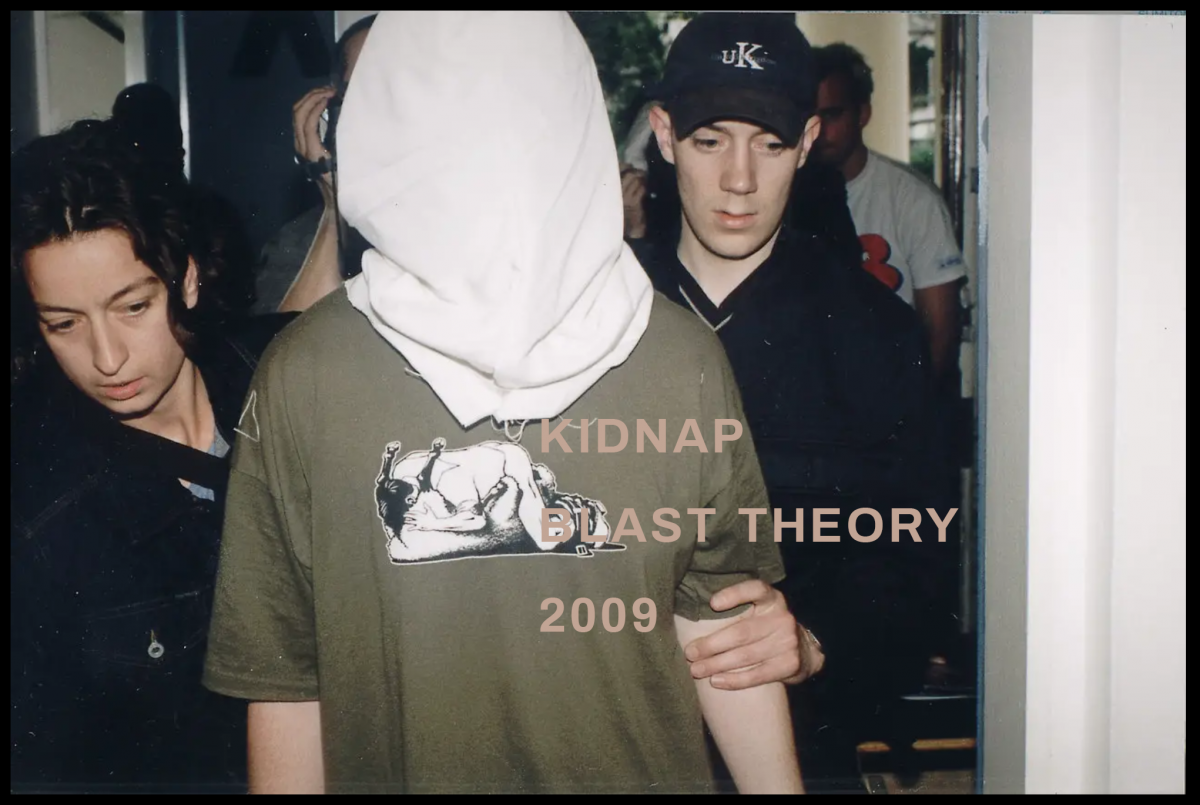 The ability to think logically and critically are two key factors to creating an immersive experience. But the ability to be calculative about human experience is not equivalent to thinking logically. This is a complicated concept. Our human body is not calculative.

There is a science to our anatomy and how we react to stimulus, but measuring interactivity is almost wrong. There is a thick and almost unmissable gap between an interactive art piece and a scientific find and a scientific gimmick (for example – Sensorama, Cinerama, Osmose), just as the gap between fine arts and commercial stunt. Which is why I chose to talk about Blast Theory in this paper, whom I adore and replicate realistic notions without wearing goggles on your head or sitting under a large dome. Interactive Immersion.

Blast Theory is a pioneering group of interactive artists who use this media as a platform for experimental and cutting-edge performance and interactive art pieces. Collectively their pieces form an augmented piece of reality on its own — a giant immersive interactive web.

Kidnap is a narrative performance/experience piece that involves a lottery that bears the winning chance of being kidnapped. Ten random finalists were chosen from the multitude of entrants that each paid 10 Pounds to sign up. These finalists were then put under surveillance until two final winners picked and snatched to a secret location for 48 hours.

This is a blipvert that ran in cinemas during the run up to the performance.

The act of being kidnapped is touchy in a sense that it is both fear and obscurely a fantasy for some. Blast Theory sets the participant up in a way that they immerse realistically with the idea of being kidnapped, while simulating the deliberation between control and consent.

There is a slight Augmented Realism in this experience such that the premises do happen in real life, but the circumstances are not practical and unrealistic. A great part of this piece’s immersion is how fine the line is between its unrealistic elements and its realistic elements.

I’d Hide You is an interactive online game whereby its online players can take sides with avatar players and engage with them, puppeting them and calling decisions that involve movement and real-time interactions such as talking to strangers. Then would come the question if this piece is considered immersion since there is no evident augmented reality involved, which brings me back to my point earlier. The non-calculative approach towards immersion.

If there had to be a point made to consider this piece immersive, the strongest factor to contend would be the fact that online players are controlling and communicating with what is supposedly an avatar in the game, while the avatars are actually playing the game – which could be considered as means to create a realism in this virtual immersion.

Fixing Point is an interactive audio walkthrough that is easy for participation. The participants walk into the woods with a smartphone and a storytelling about Seamus Ruddy will begin with points scattered about the area for an interactive unfolding. The experience is elevated with the help of electronic musician Clark whose classical sounds were designed to complement the idyllic rural landscape.

This piece is different from the conventional idea of immersion in a sense that the narrative and the premise is real, but the users experience, interaction and movement itself is augmented. This kind of reverse immersion gives realistic experience a new definition, putting emphasis on the catharsis and not the realism.