The essence of this project is the automation of it. As mentioned in my previous post, the concept of my blinds – they tilt open and shut through the unmanned movement of the servo motors that crank the knob either clockwise or anti-clockwise, depending on the distance detected by the ultrasonic distance sensor. You could consider this to be an instructional language of numbers being parsed through the conditions defined in my codes. 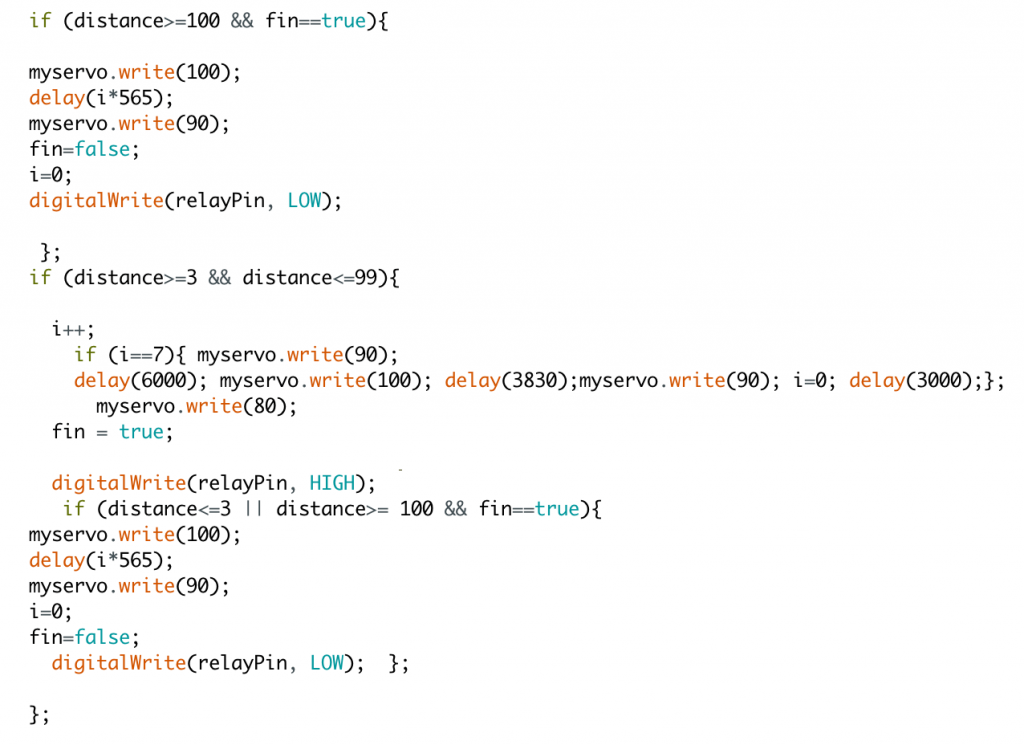 The nature of this project is simple and intuitive, it is easy to pick up on this mechanical pattern of automation just by interacting with the project.

The most evident form of modularity in my project is that the three blinds operate on individual realms of code. They are not affected by each others movements and can be experienced individually, as seen during my Mid Term experimentation.

Ultimately, they are modules, their parts are modules, their codes are modules, yet an arrangement of close proximity and experimentation with scale will create an experience that is collective of the three blinds. Everything tangible is modular depending on how far you zoom in or out, whether you view them in clusters or individually. All matter can be viewed as a ‘fractal structure’, we are all large things made of smaller things.

This is probably the only cog in the system that defines my piece to be an interactive rather than passive kinetic structure. Mechanically, the movement of the blinds is defined by the distance of the human participant, it could be said that he is the variable, and therefore he is infinite. There is also the subsequent variable moire effect of shadows being casted by the light in different directions, thickness and lengths as a result of the primary mechanical movement. The movement of the blinds also create an infinitely variable rhythm.

But more specifically, we are working with the numerical value of distance. The entire experience was designed to be variable much less through the mechanics of it but rather the alluring, capturing and extremely cathartic nature of strobing lights and blinds. We as humans have intrinsically a psychoneurotic anchor towards these phenomena. They could invoke sensations linked to particular memories or habits, feelings that mean something to us. Our creative minds and ability to empathise and sensitise, that is the infinite variable.

Such experiences cannot and should not be quantified by principles or any theoretical algorithm in general, but rather experienced qualitatively. Otherwise, we would be regressing to the days of standards and realism, with passive goal oriented artworks and mindsets.