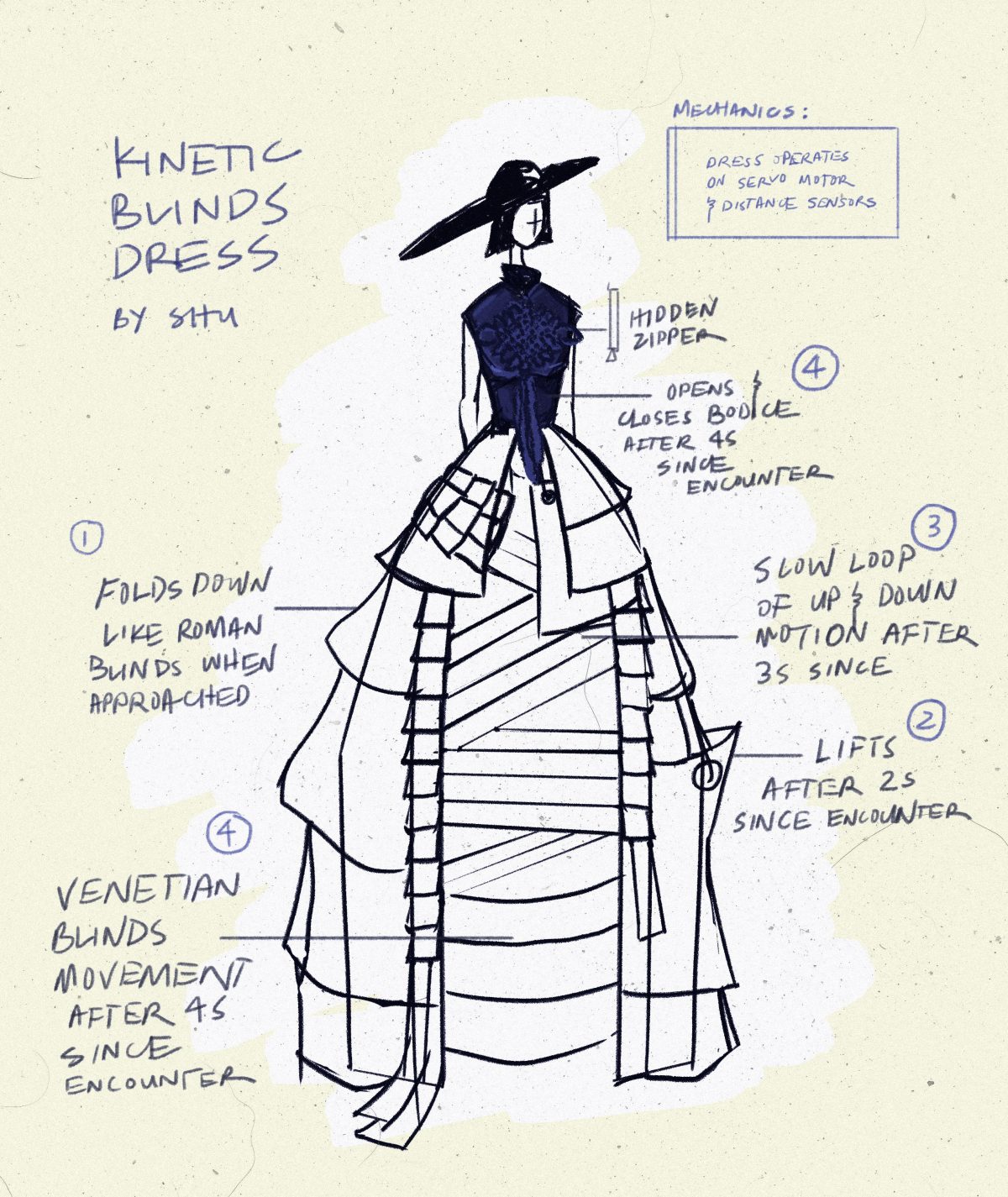 The invisible children of China are a result the one-child (now two) policy, materialised in 1979 as means to manage the birth rate of China by nullifying any child that is not the first. These children are denied identities, citizenship, proper jobs, education, as if they were never born. Naturally, it is not unusual for Chinese to go through procedures such as abortion and sterilisation, sometimes even at the selective compromise for a child’s gender (preferably male). Yet, some families have no problem with raising multiple invisible children for them to be exploited, either by themselves (mostly rural labour family business), sweatshops or sex trade.

For this project, I would like to design for a female invisible child. It will be an idealistic gown for her, slightly Western influenced but with significantly Eastern. It is meant to mimic the industrial/mass production culture with blinds that is both literally and metaphorically significant of the Invisible Children’s plight.

This symbolic motif tackles the issue of invisibility, shutting these entities out and denying them of the basic visibility or right to existence. The noun “Blind” can also be read as an adjective descriptor for what the policy is doing to the invisible children and the eye in which occupational and educational institutions, or even parents are forced to turn toward.

The opening of the blinds can also be seen as a means for people to look past their cloak of policy and recognise them as identities despite their lack of documentation. It can also represent birth and invoke a cathartic response in both the wearer and the audience. I wish to create a connection and unravelling bond between the two with this dress.

There is an auspicious hanging ornament on the chest of the dress as ode to the Chinese heritage and also to act as a caricature for auspiciousness and the burgeoning of the invisible wearer. 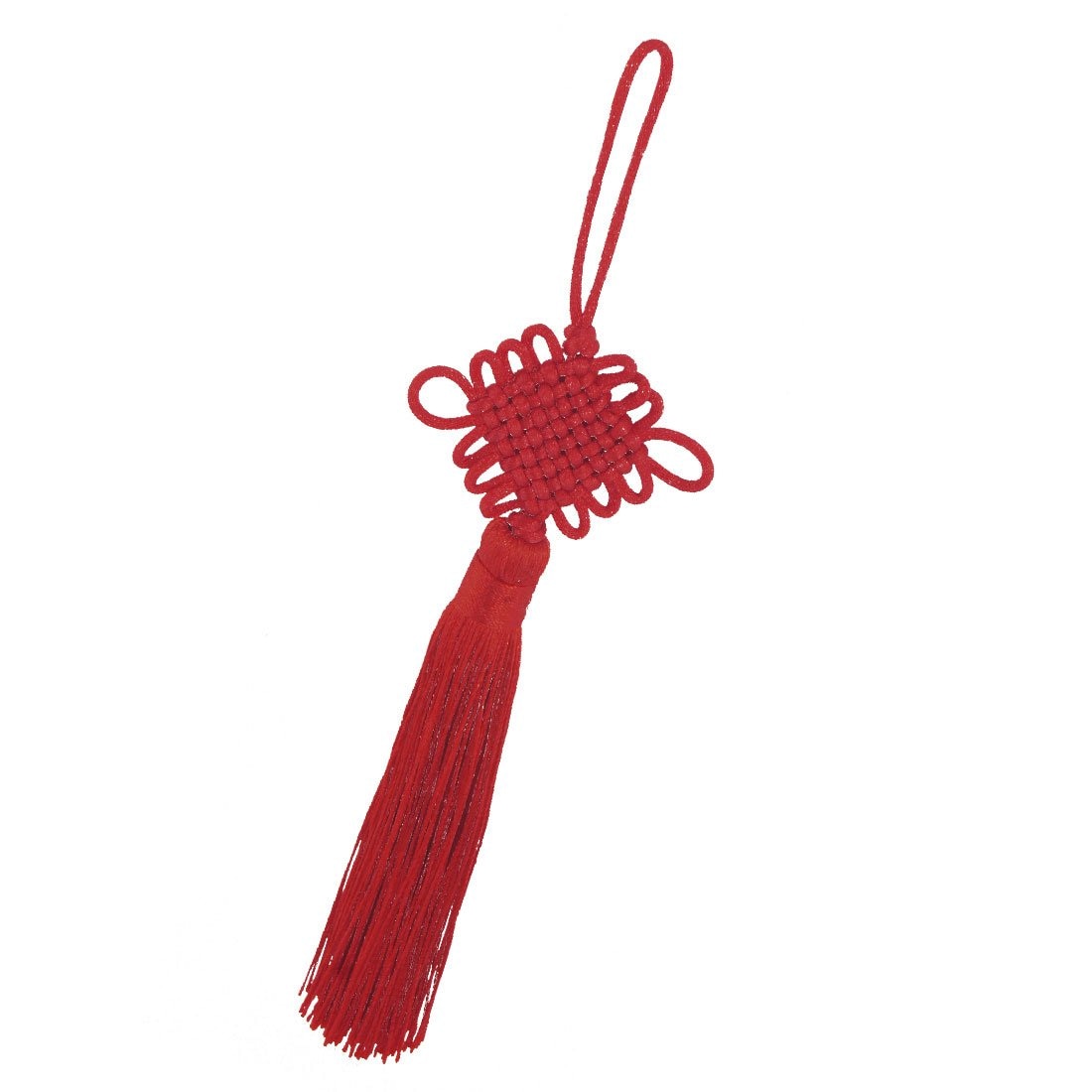 Different parts of the dress release, contract or pulse when a person approaches it. The duration of contact between the person and the invisible child will lead to a progressively large opening motion (ref. to sketch).

The following a sketch of my design: 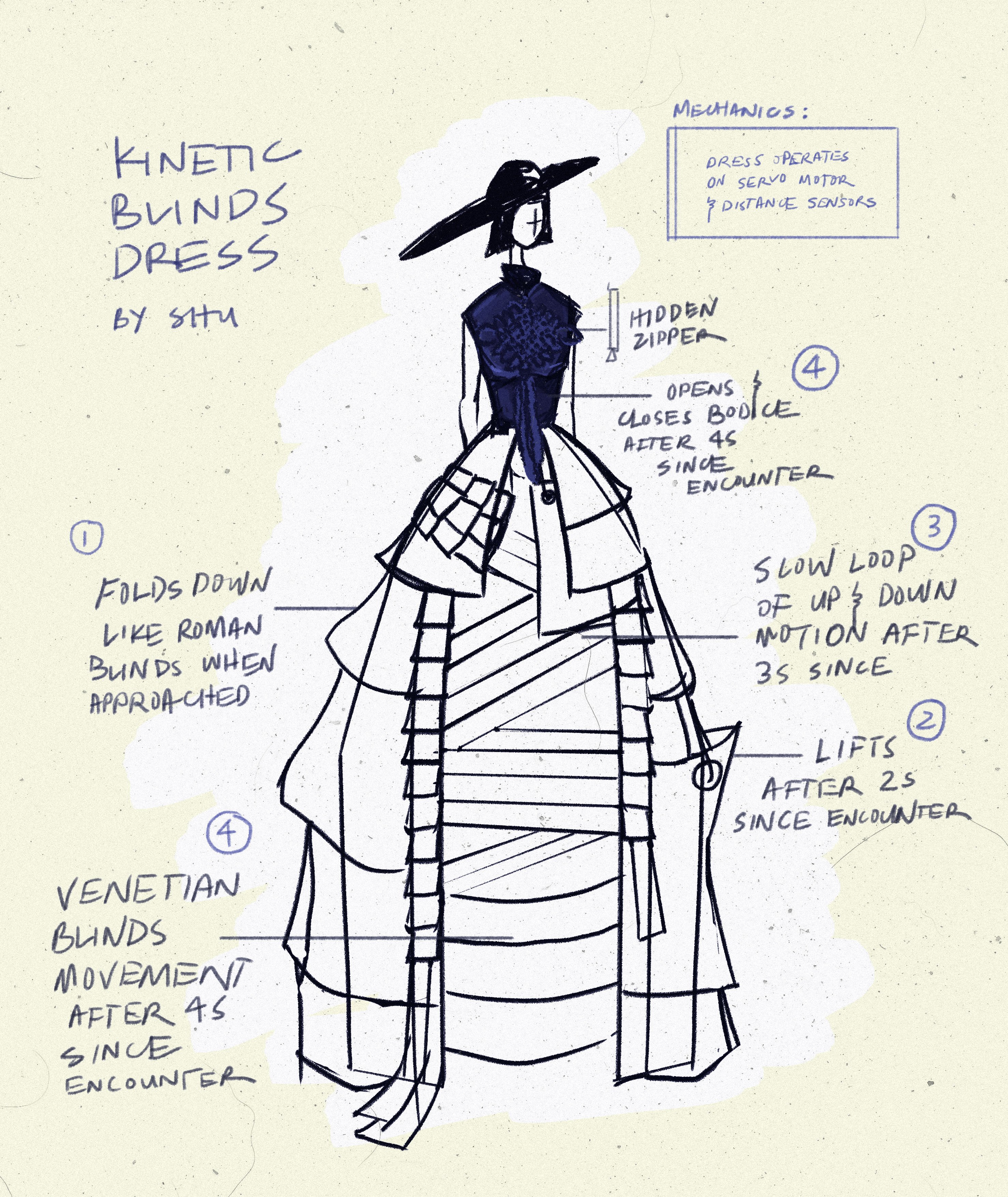 The following a moodboard for blinds:

Some links for further reading: 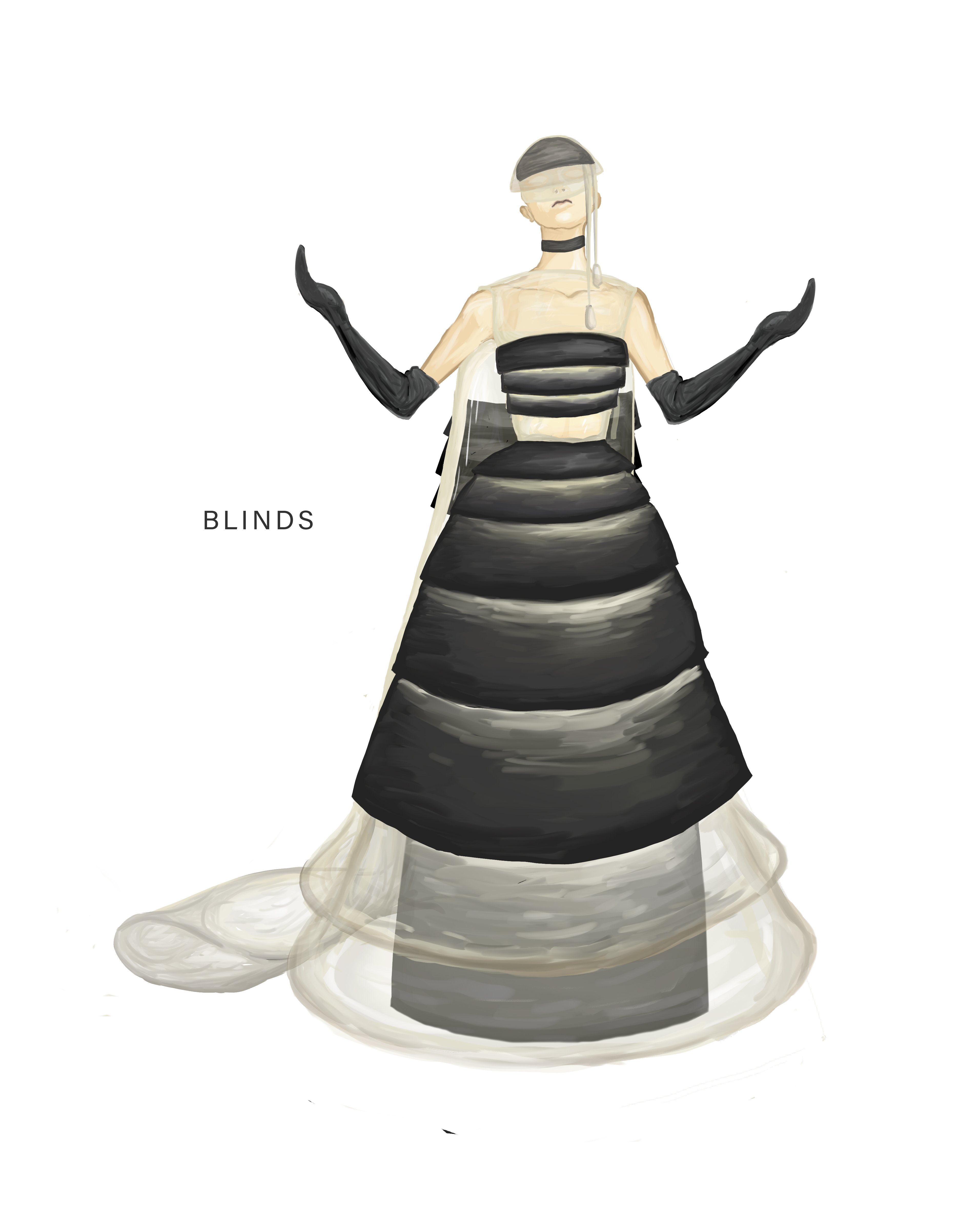 Blinds are literally and figuratively made of positive and negative spaces. It is fundamental that humans experience pleasure and purpose through the conflicting feelings of creation and destruction. Our desire and gratification is experienced through a phenomenon known as homeostasis that compels us to desire an equilibrium in both Eros and Thanatos. Blinds are testament to this phenomenon and how it effects on all of us who are capable of feeling human feelings. We are not enthusiastic about full positives or full negatives, the pleasure that exists within them are only felt through relativity. Positives and negatives cannot exist without another. 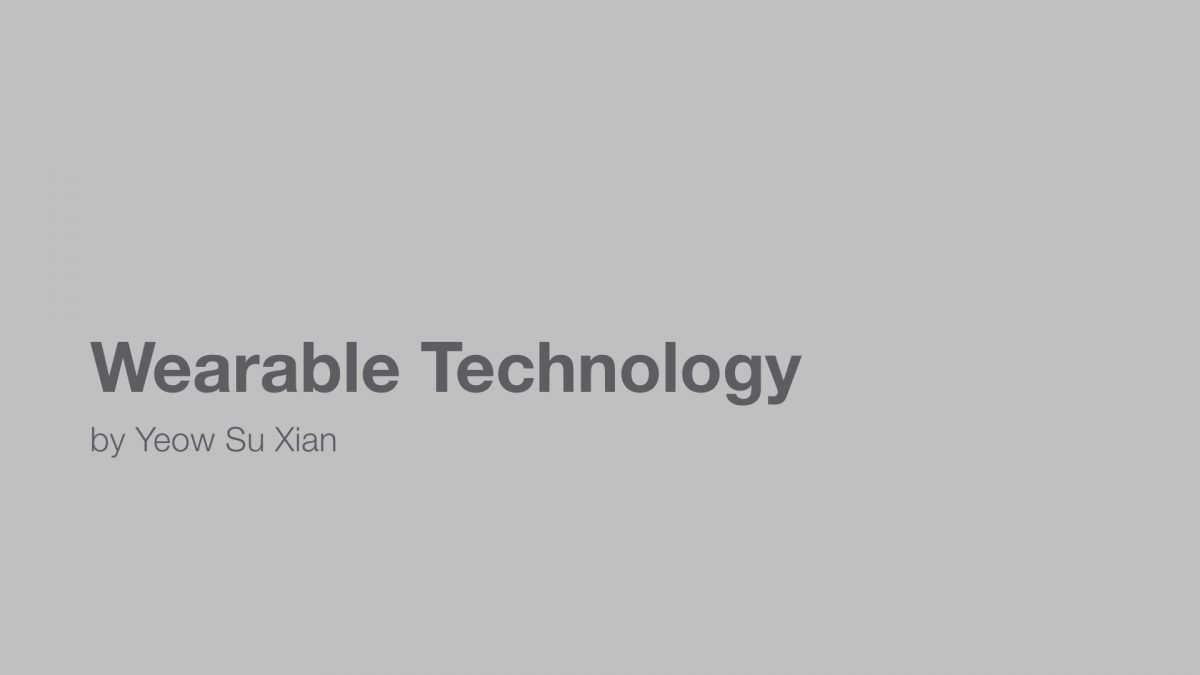 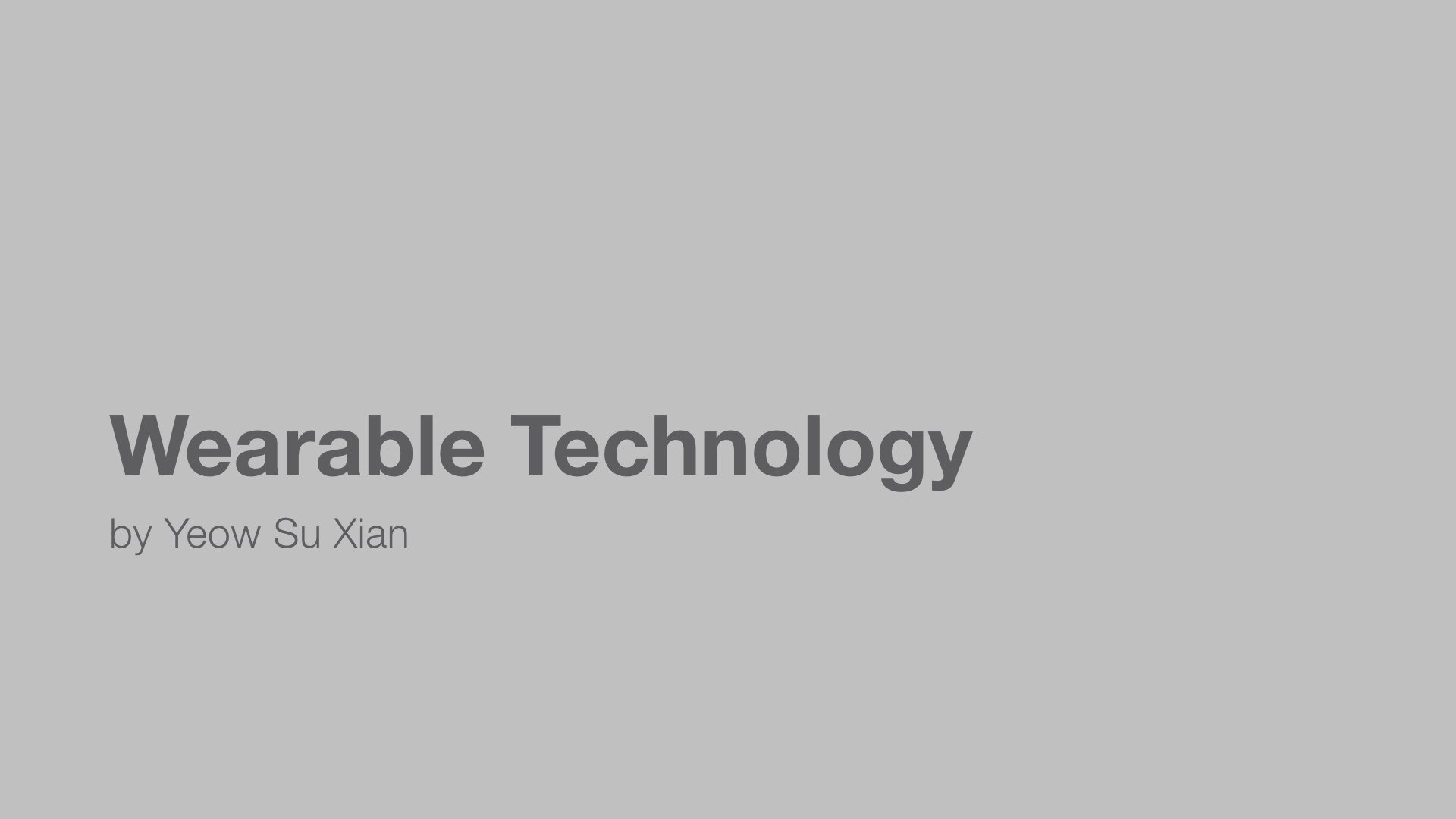 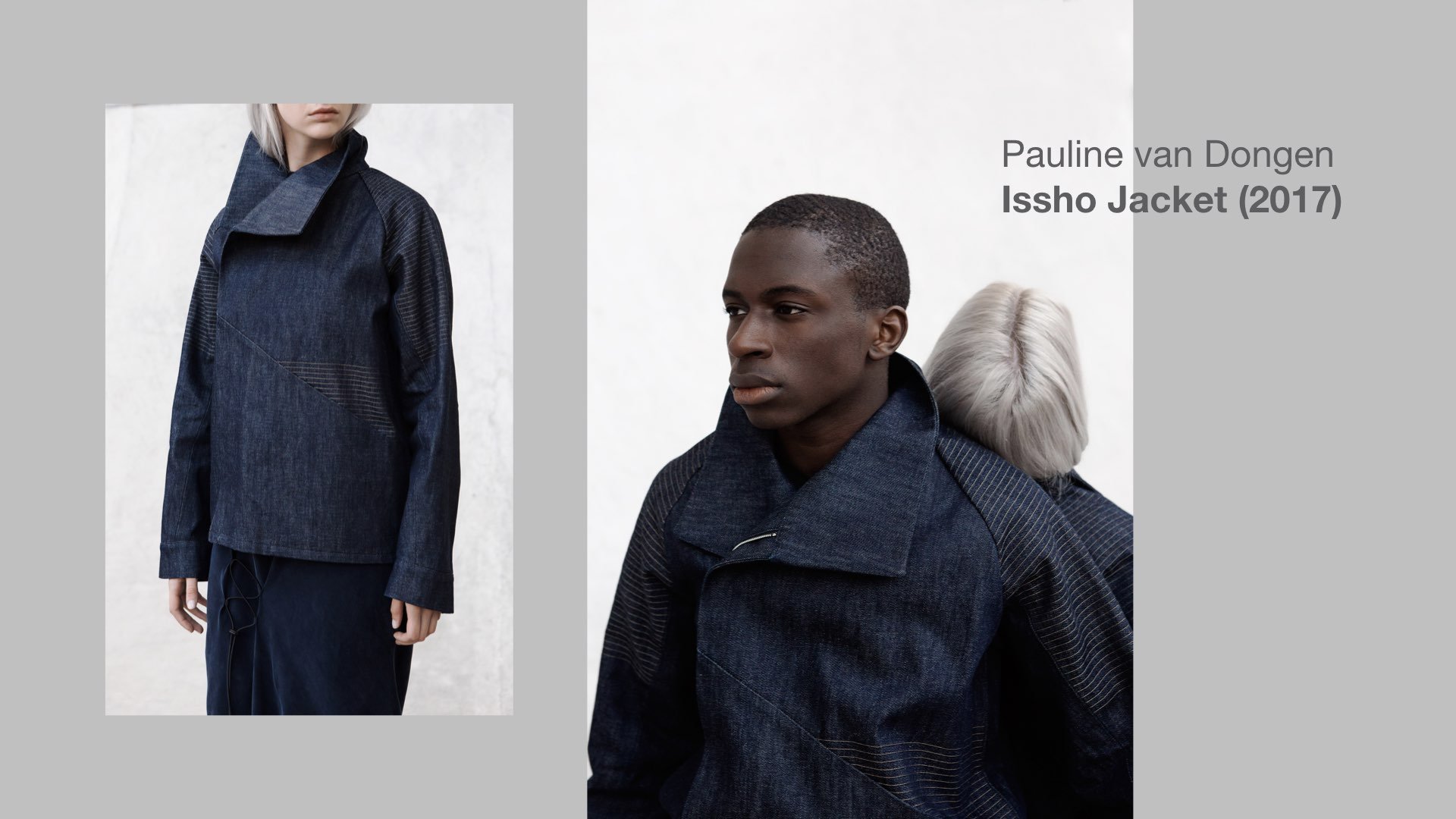 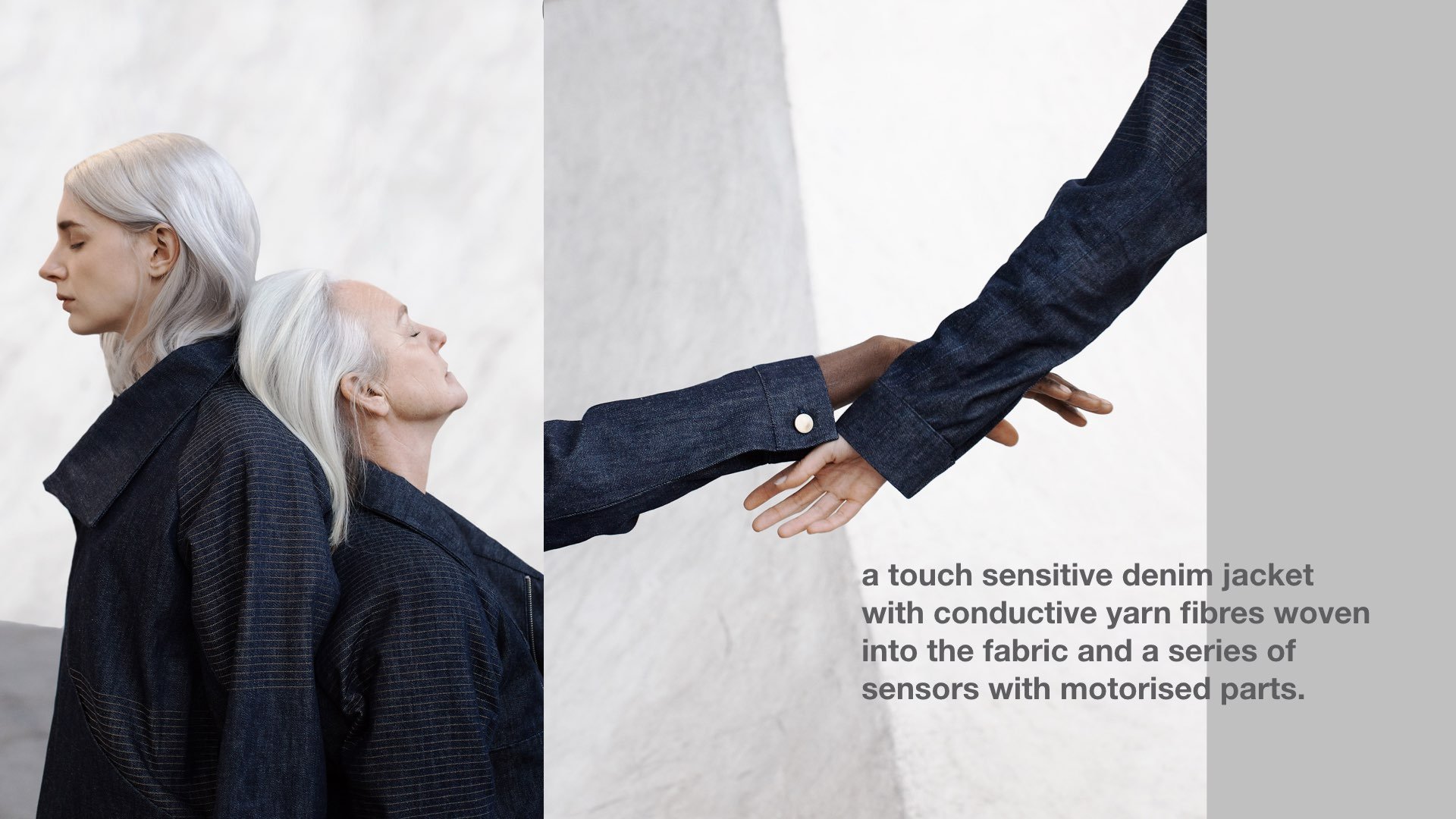 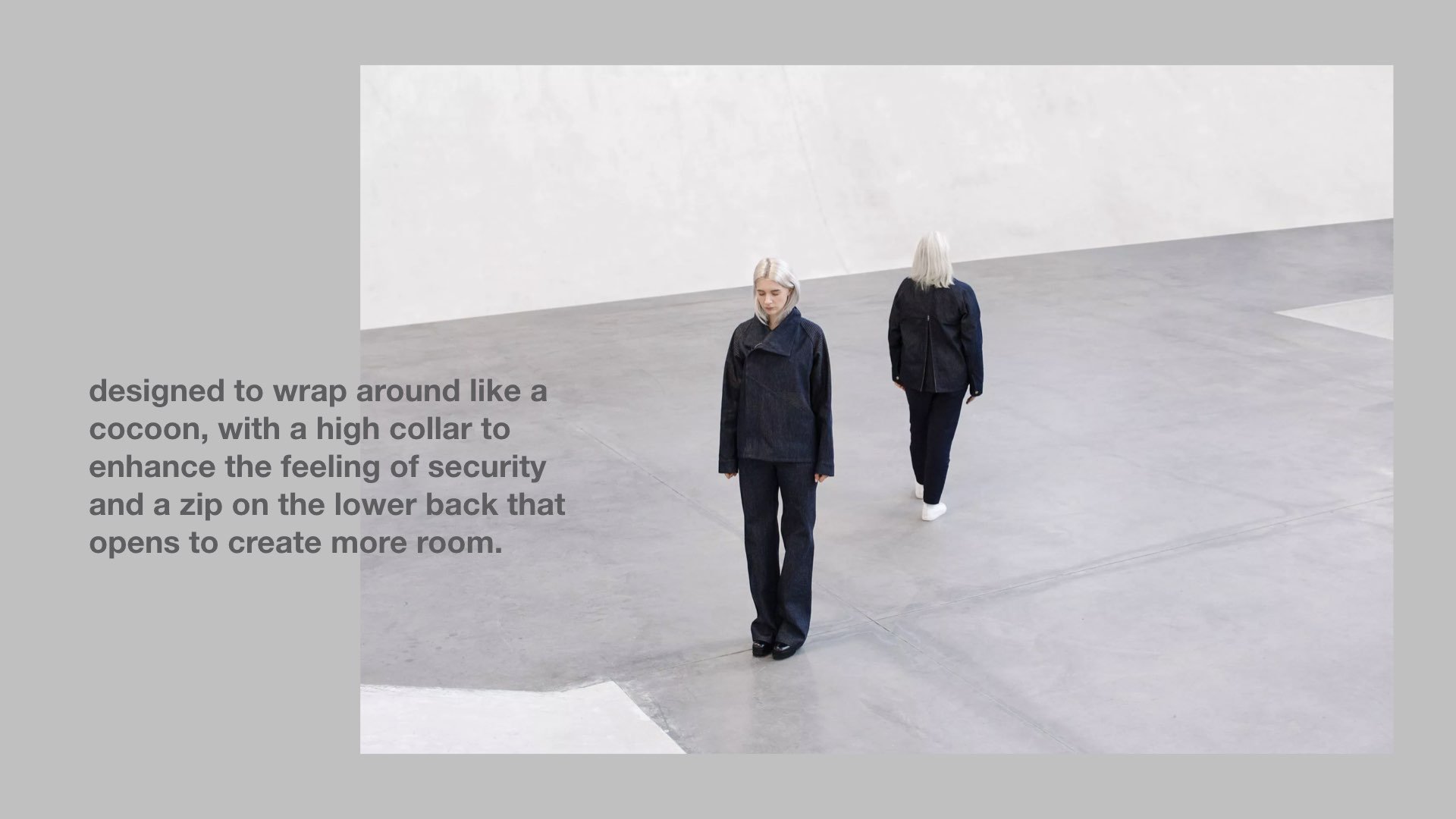 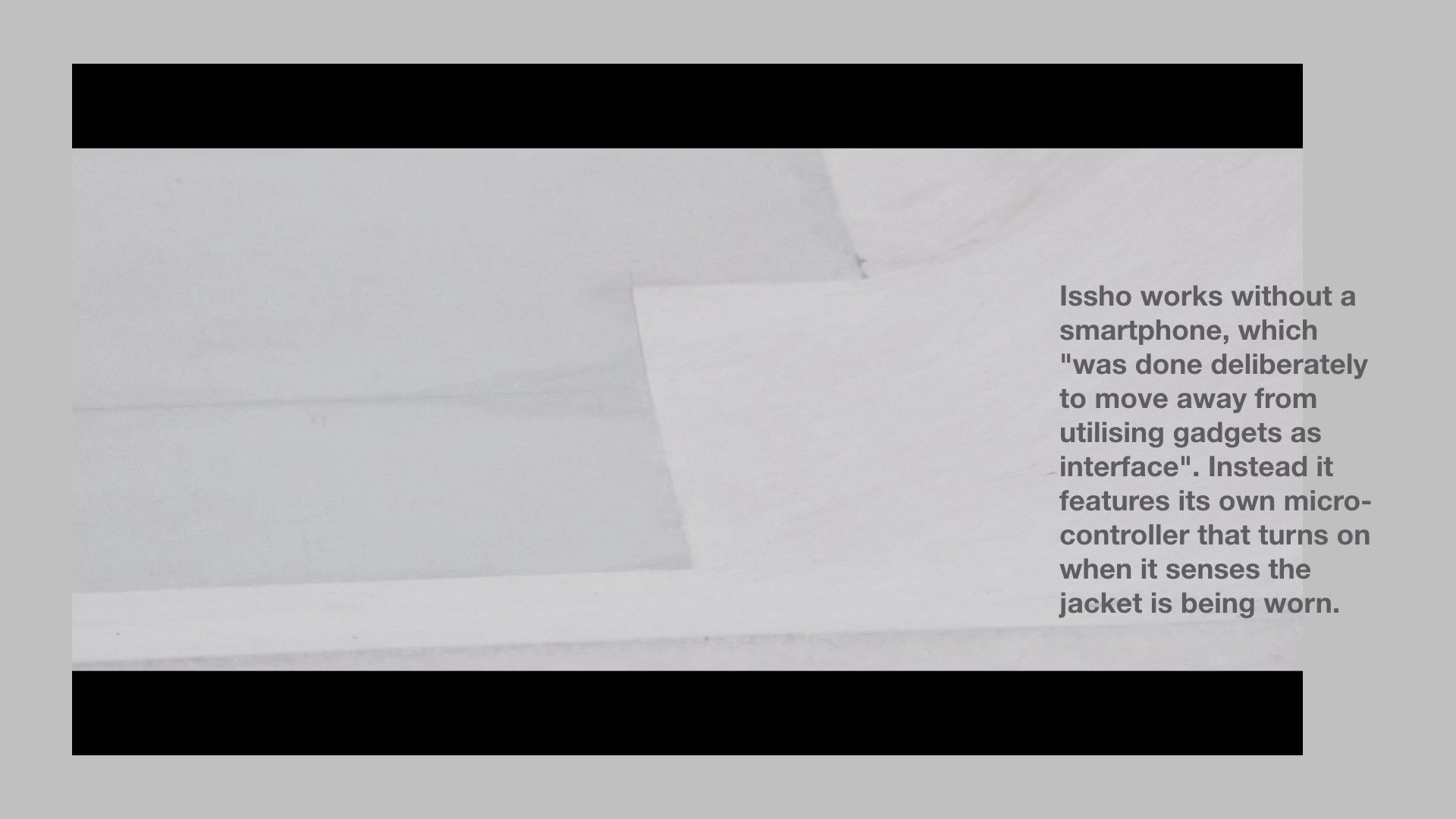 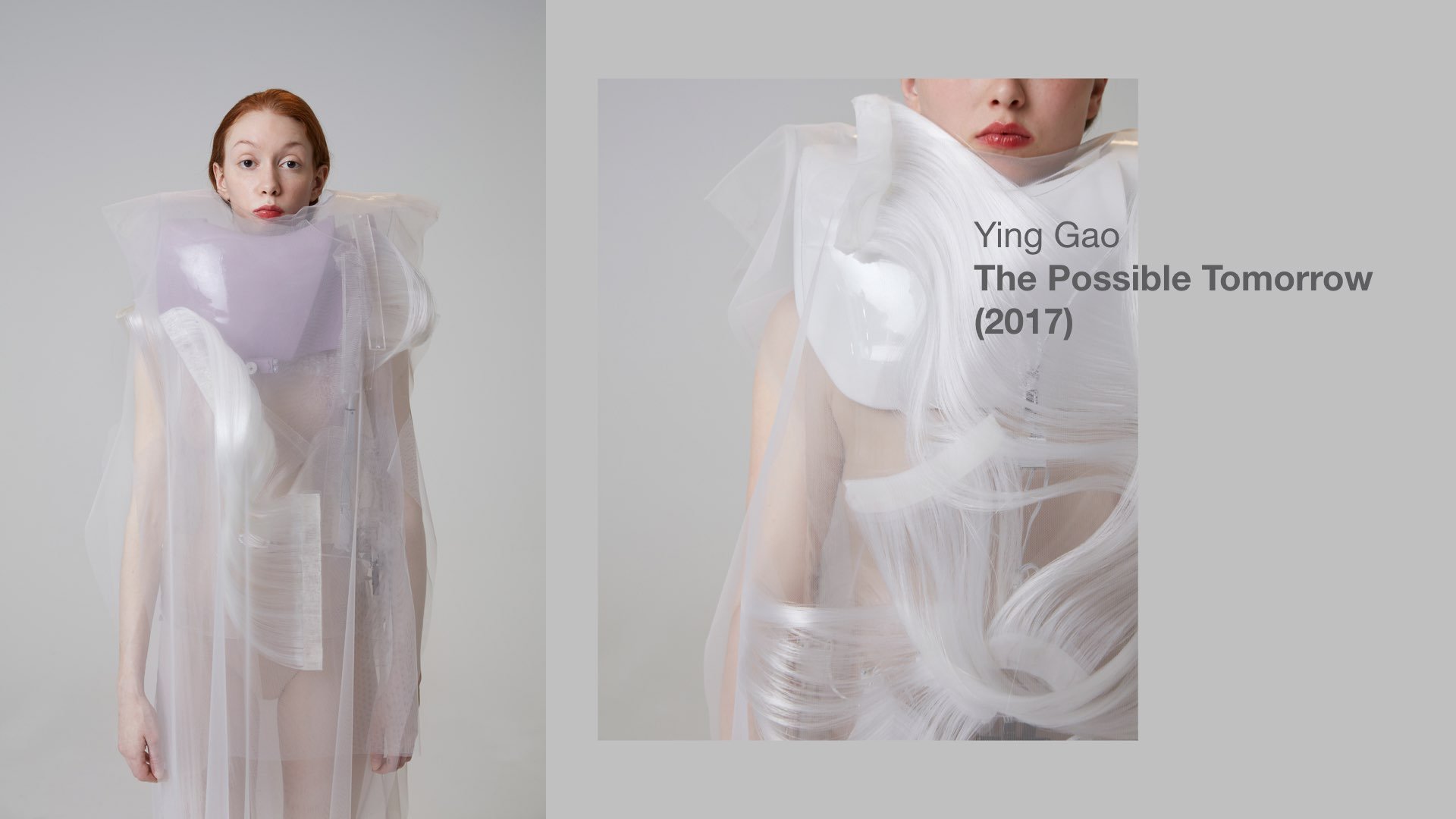 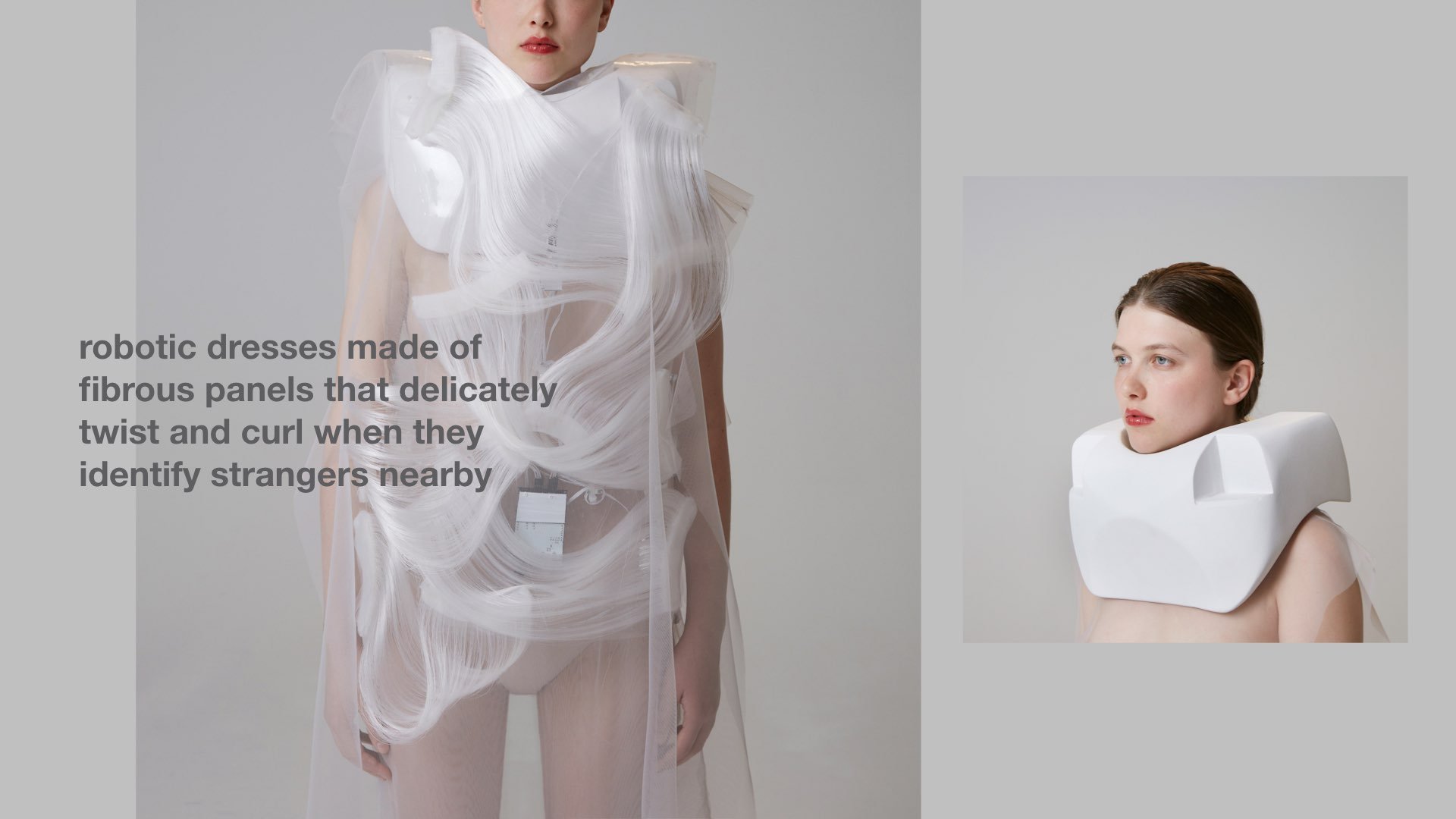 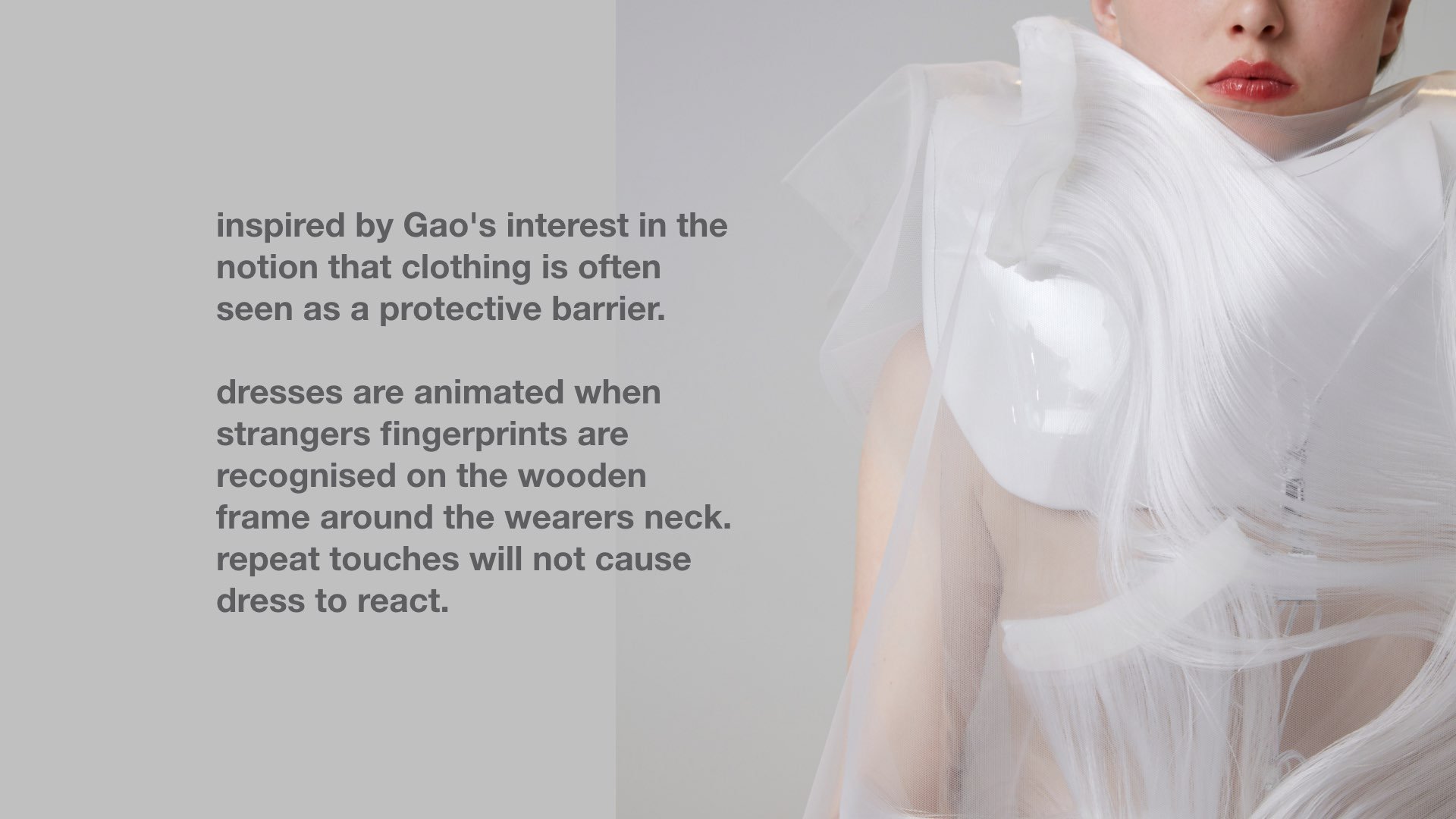 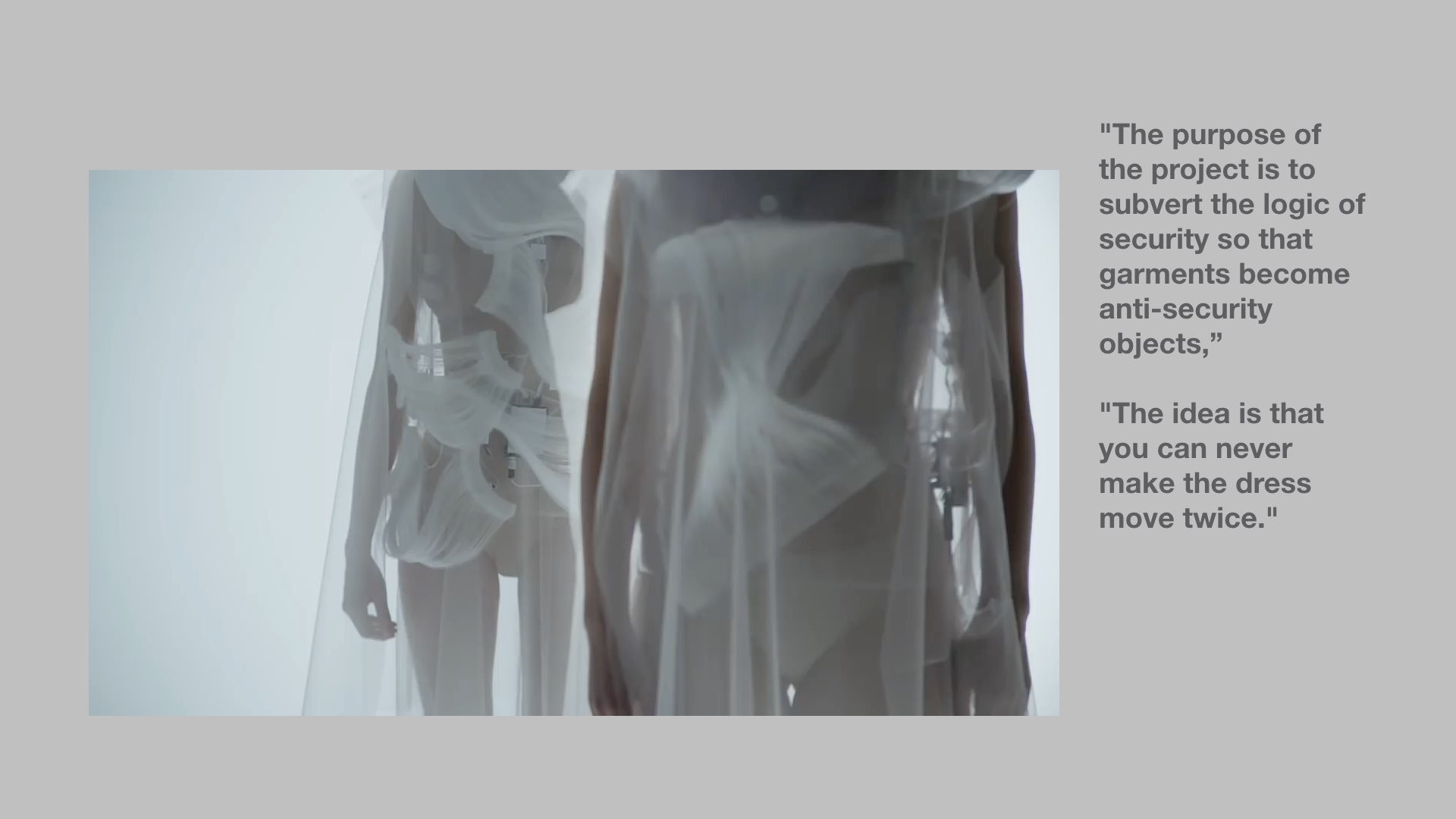 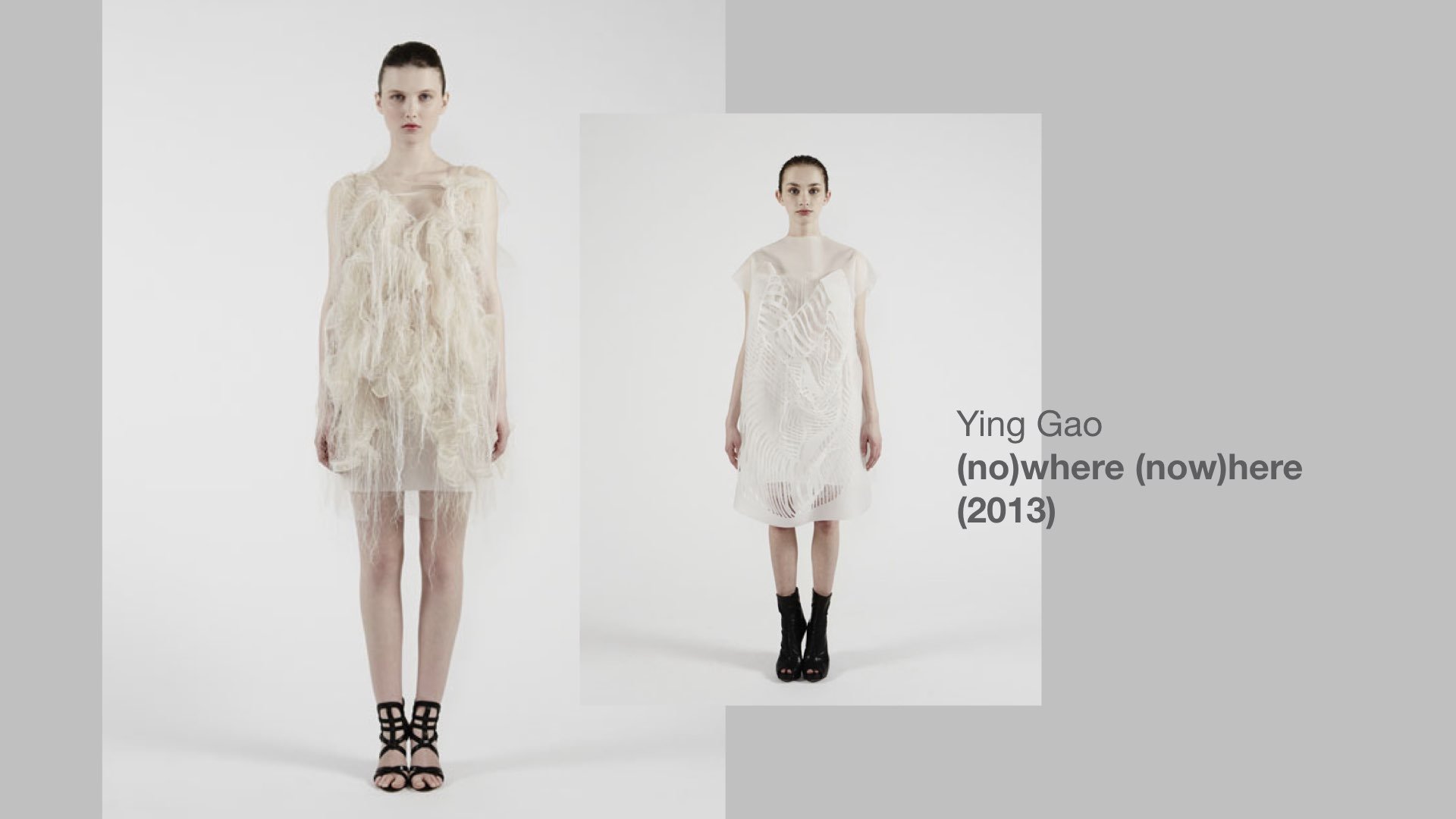 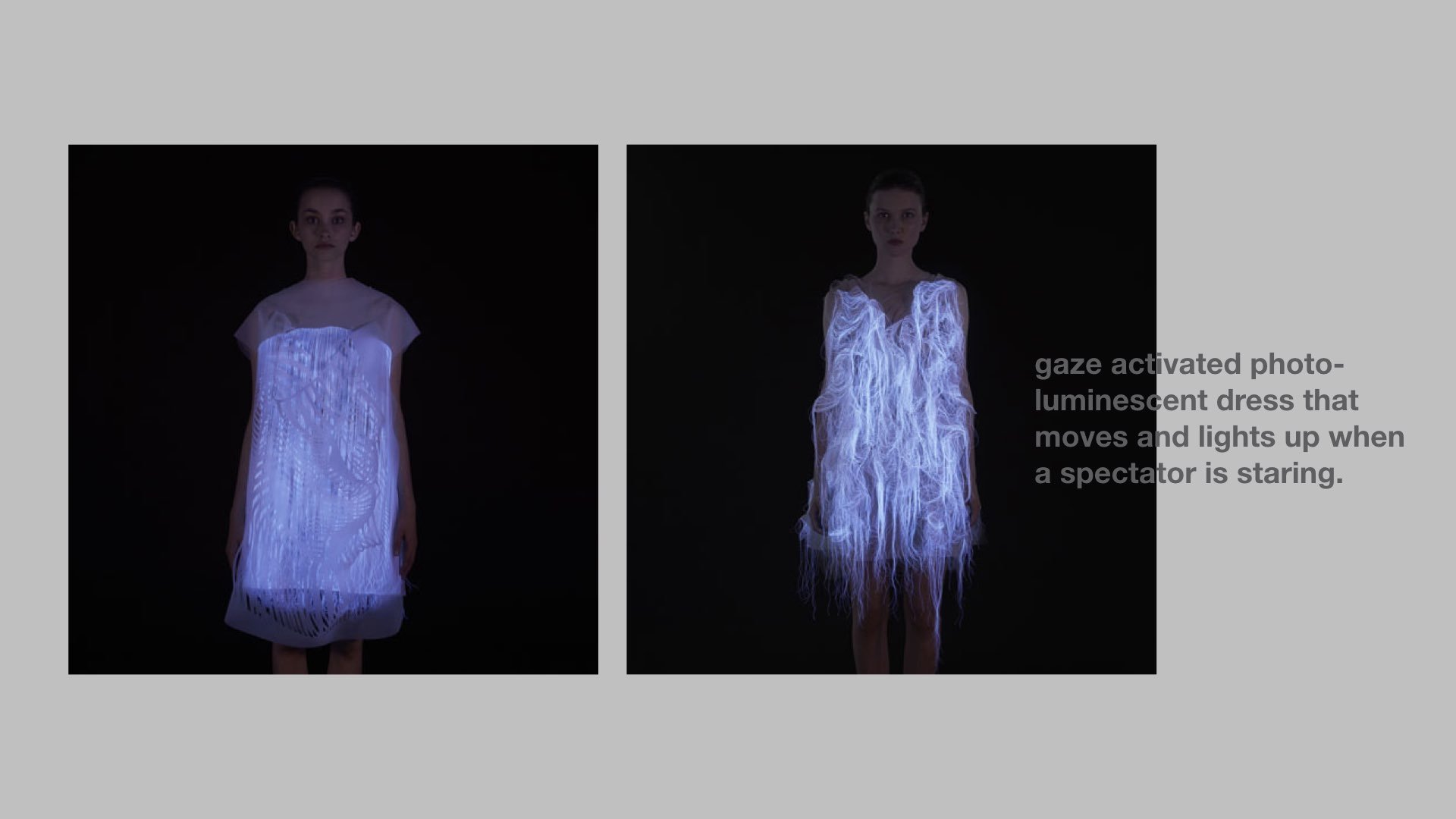 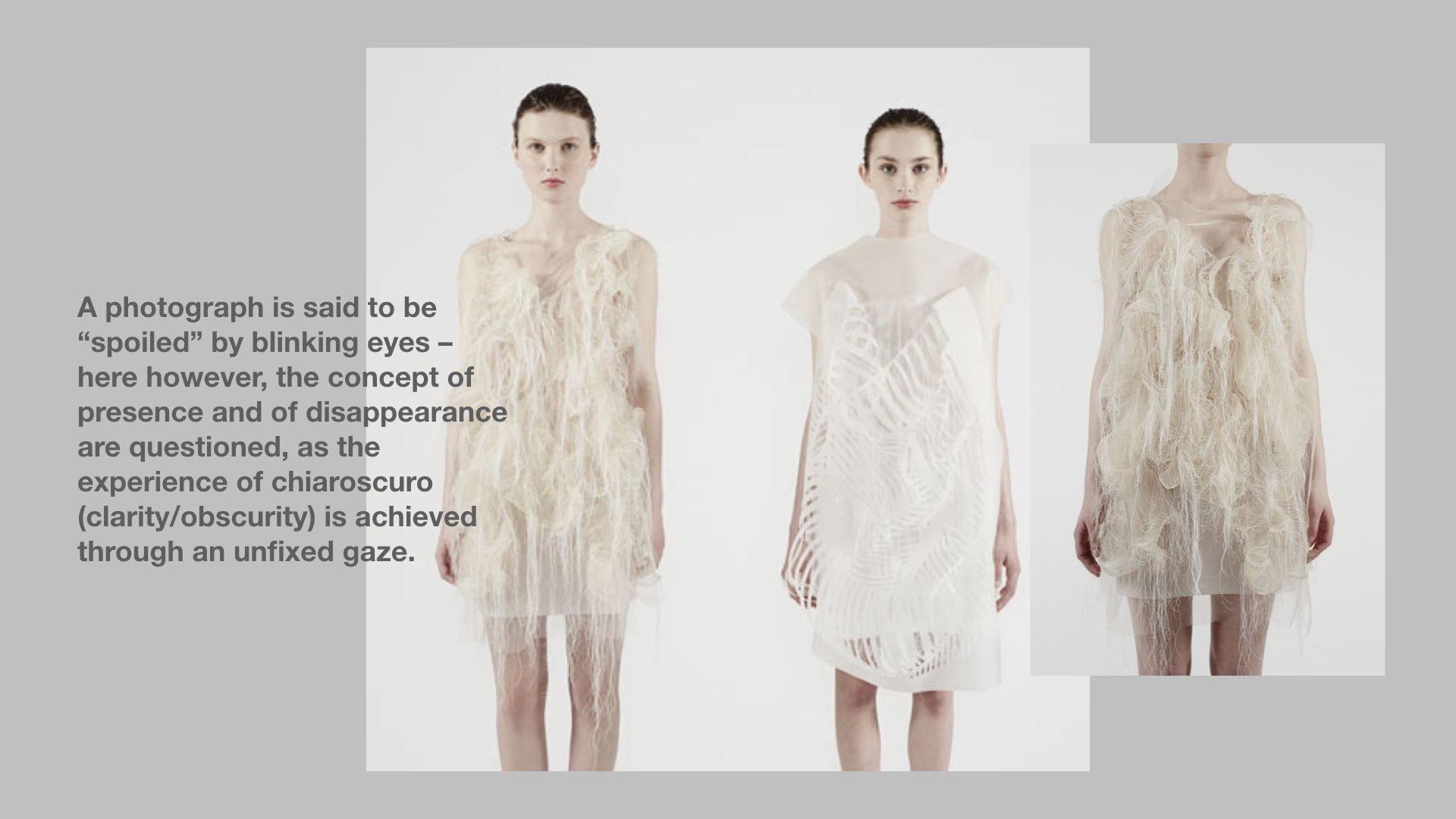 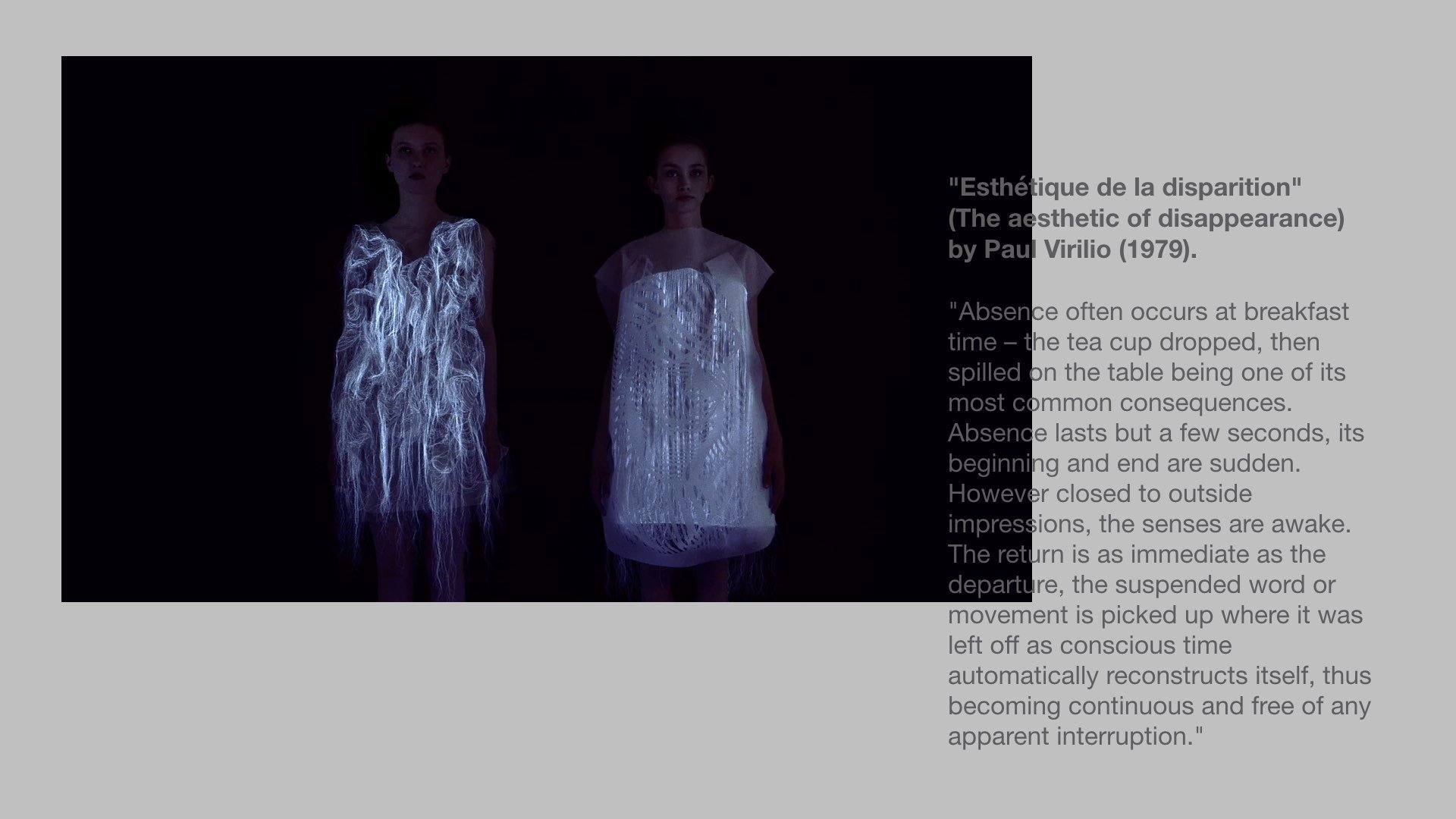 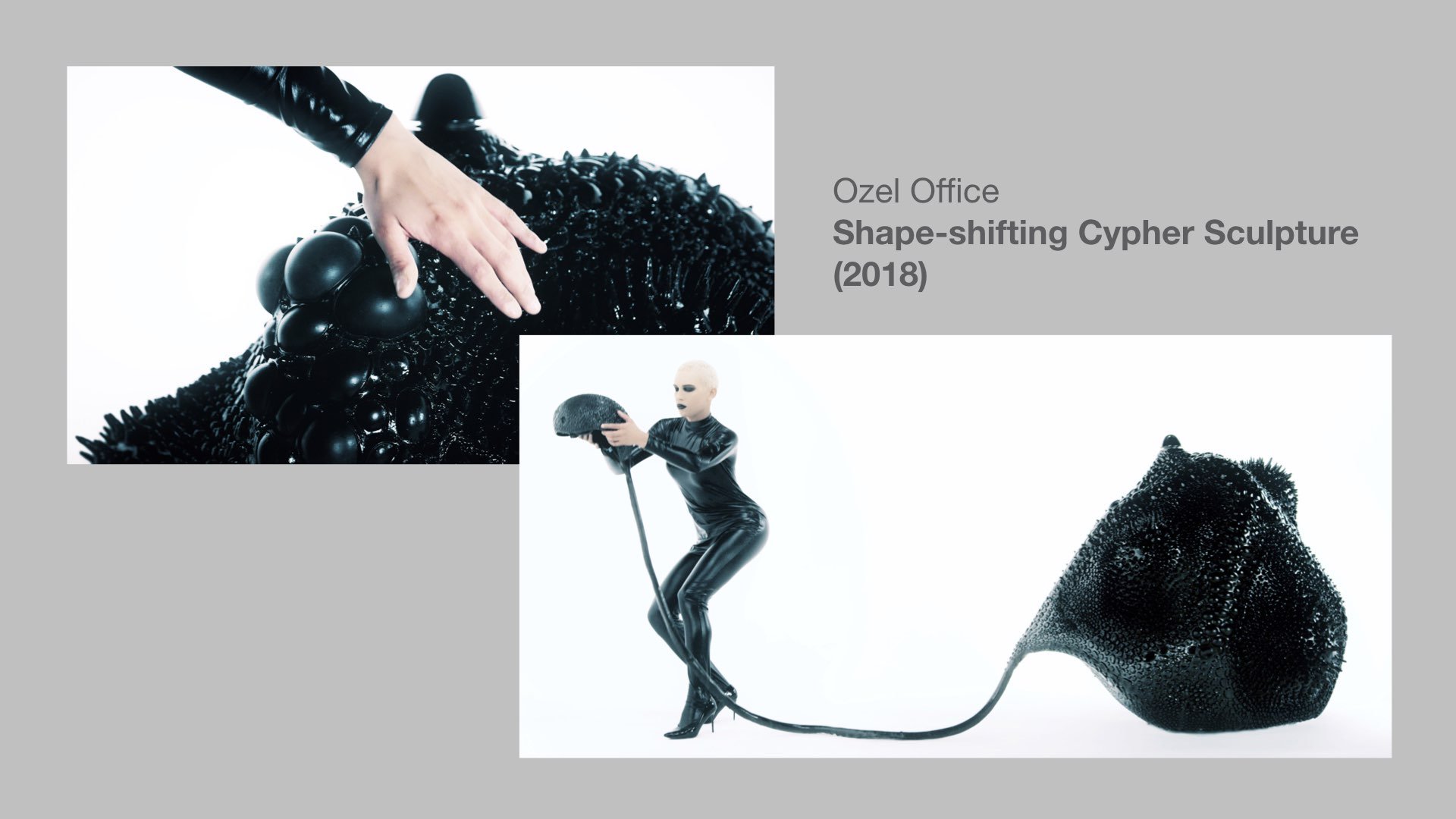 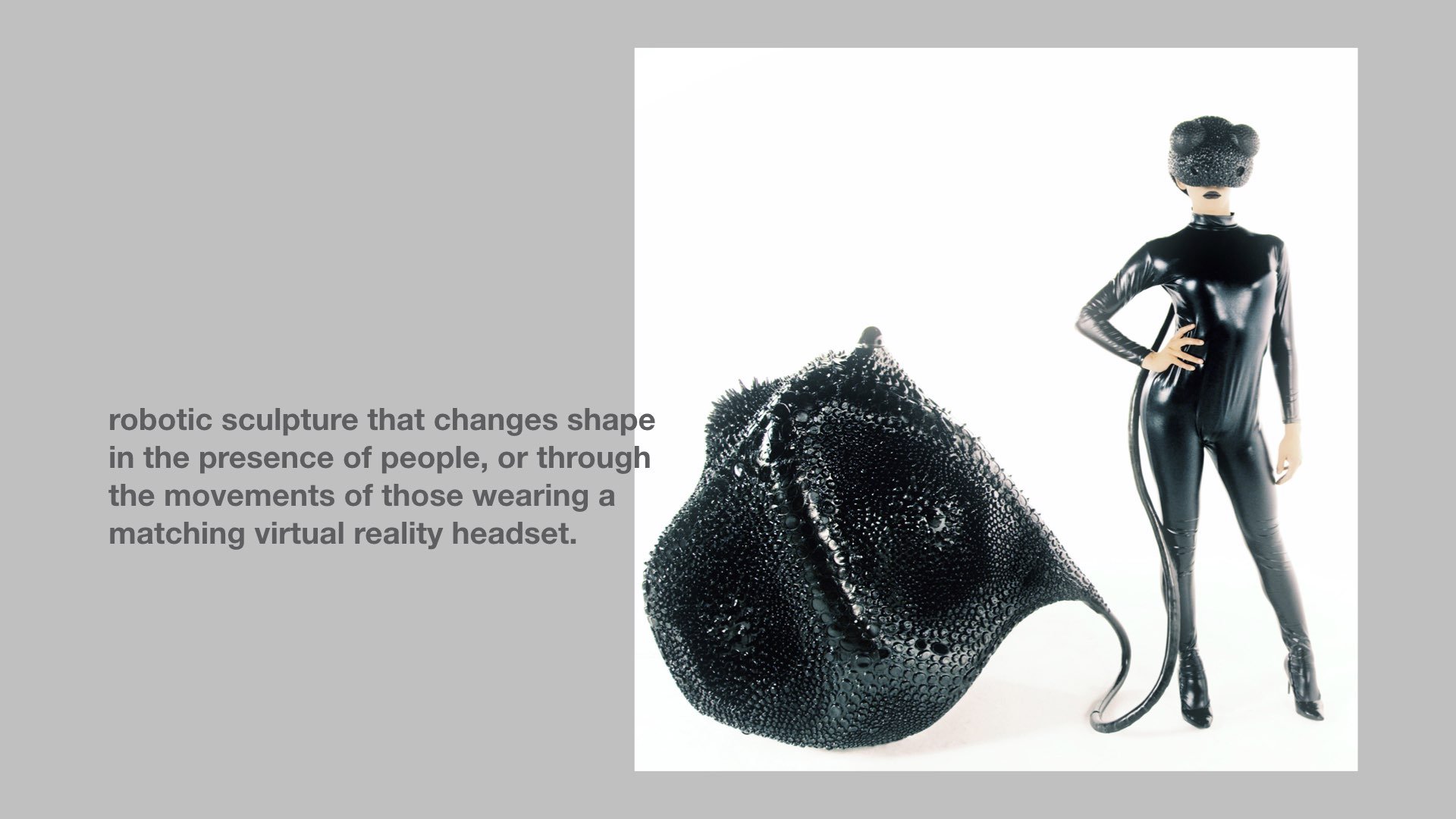 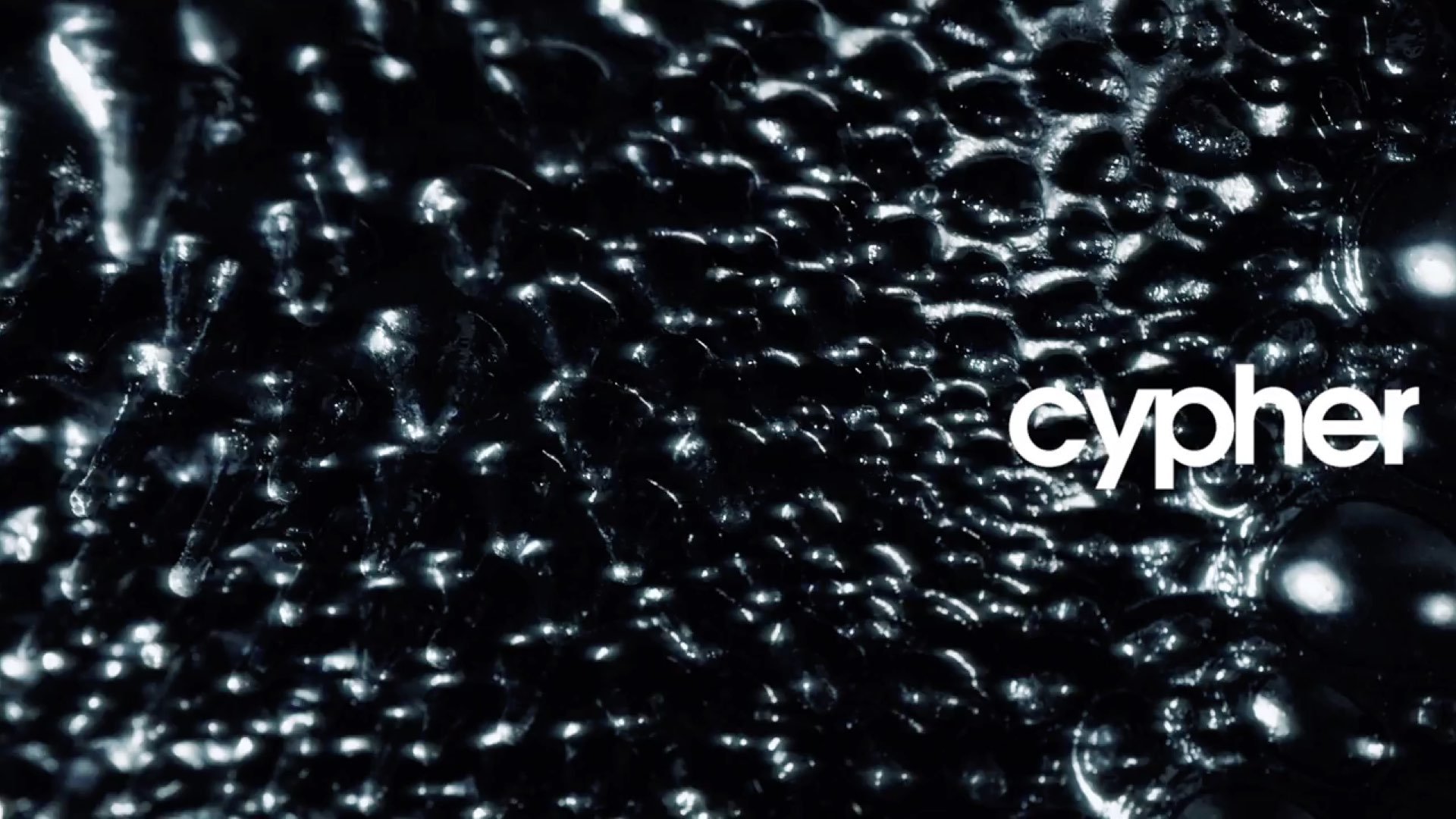