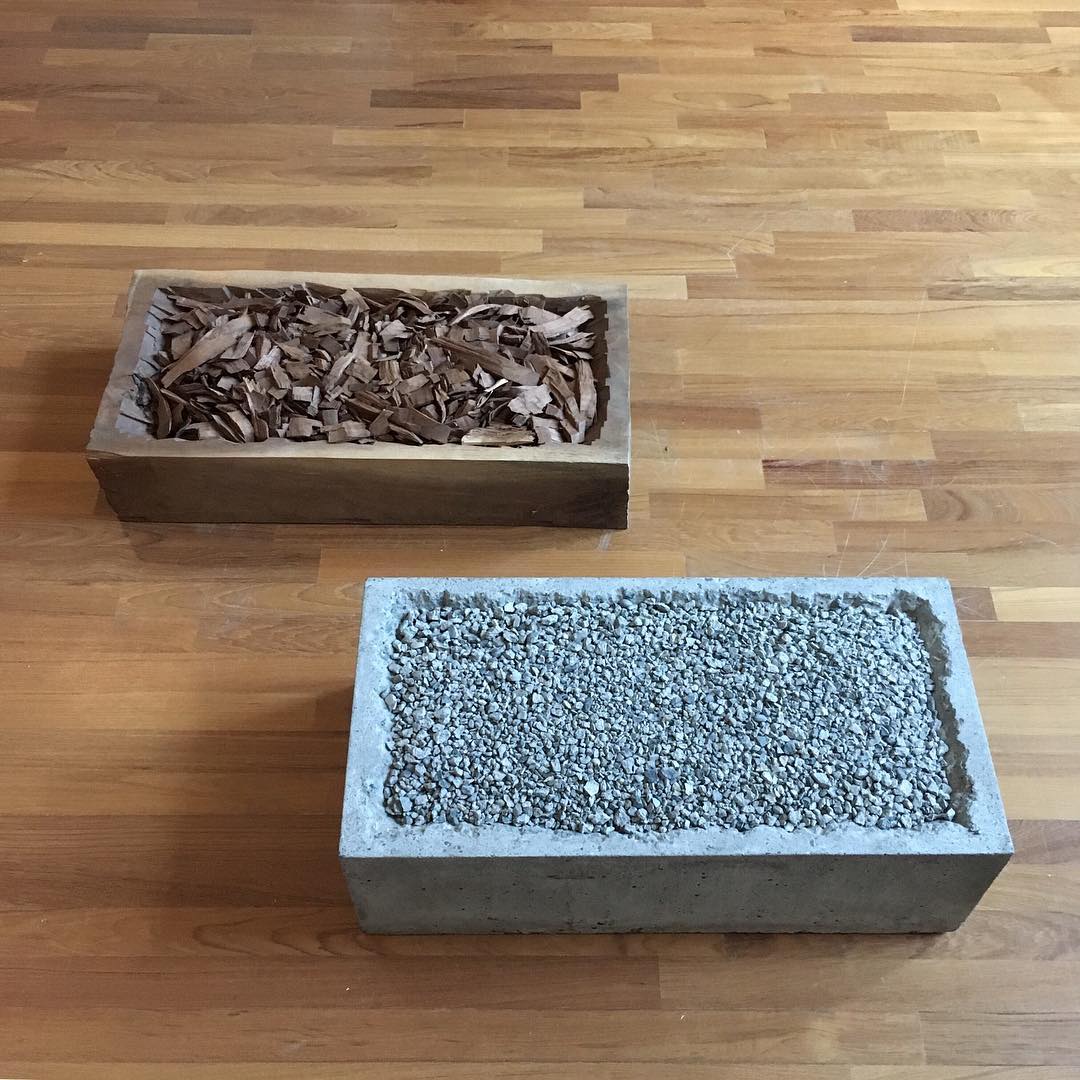 Simplicity and nought are frequent talking points when it comes to Minimalism and its related movements, they are a longstanding preoccupation of radical art forms. Yet, on this particular guided visit to the Minimalism exhibition at National Gallery (my third one and pre-eminently with the head curator Silke Shmickl), what gripped me was the unrelenting means of an artist to contain great amount of effort and narrative in an unassuming item. They were not much of an image, but nevertheless striking and probed us to think. This notion is exemplified in the works representing Mono-ha and Wolfgang Laib’s Milkstone of a similar nature.

The Mono-ha movement originated from Japan as a response to technology and forces that take away from the nature of things. The works from this movement generally harness and manipulate the given properties of natural materials. Most significantly, Mono-ha was a brave rejection of Western ideas and notions towards art. I will be writing about two works from this movement. 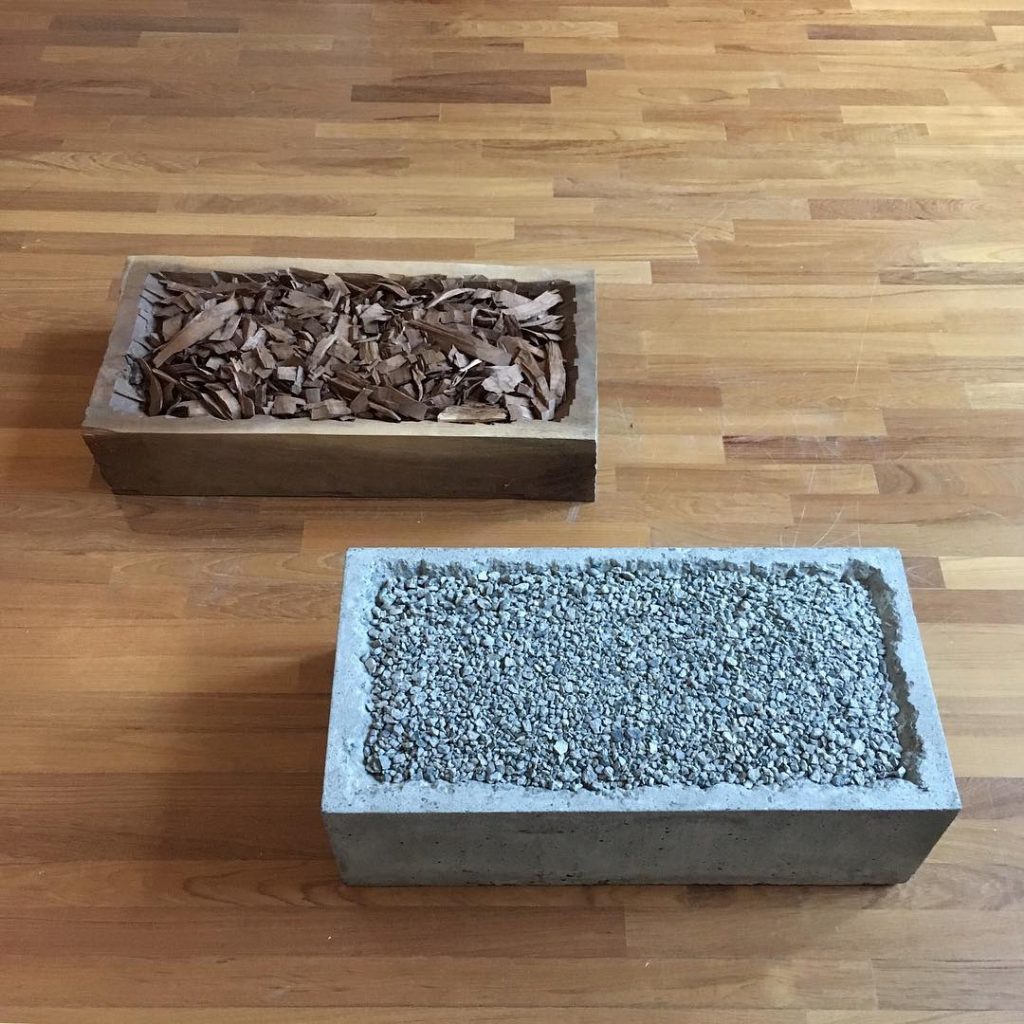 I am enthusiastic to write about this piece because it is my favourite in the Minimalism exhibition. Oneness, a series of rectangular blocks of material that is broken down and returned to its original piece to form a whole. The nature of the work is strangely captivating and plucks an unusual string in my sense of empathy towards inanimate objects. Wholeness, or more suitably oneness, is very fulfilling to see and can come off beautifully like in this piece, extremely sophisticated. There is an elegance to the difference in scale and form between the block of material and it’s smithereens. In smaller terms, the blocks are larger and rectilinear and the latter is a smaller and a more organic permutation of that. Takamatsu’s intention for this piece was to explore the the material’s transformative potential and singular identity (q. National Gallery). 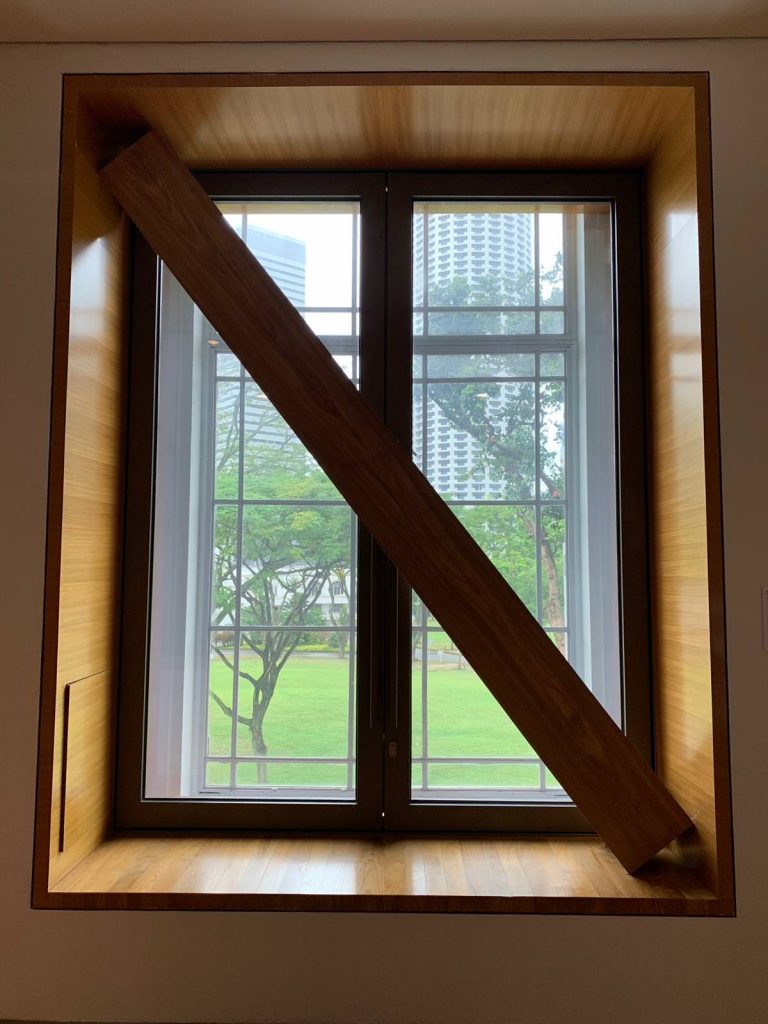 During my first two visits to the Gallery, I had barely noticed this piece. Suga’s not so simple concept of placing a plank diagonally across the window is a piece that works not just with the object but the space around it. Once again, there is an immense transformational ability with an unassuming block of wood. It acts almost as a light sculpture, transforming the familiar mood of a space to have its own characteristic and flair. The scale of this piece is relatively large, though it may still come across as part of the space, rather than a standalone item. 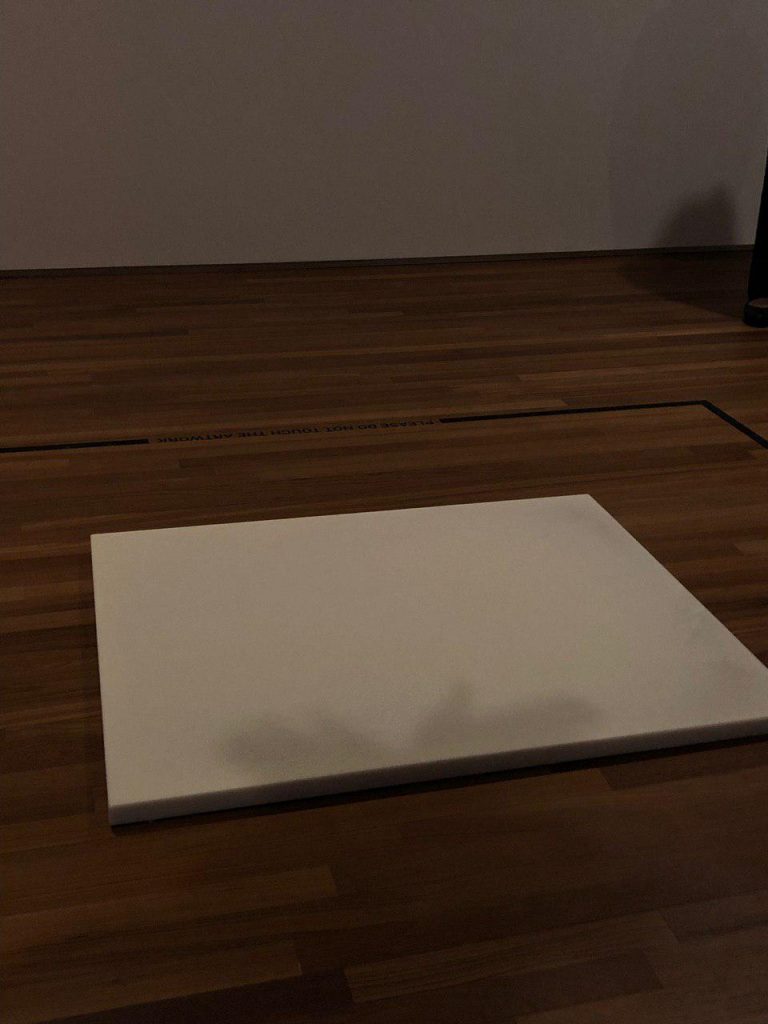 Laib’s milkstone – an offset marble stone with a thin layer of fresh milk upon it – is elegant and minimal to the point that one could easily look past the amount effort that goes into creating the piece. There is a phenomenal fusing of the solid stone and liquid milk, the stone being a material of longevity and milk, a perishable. The basis of this work is the ability for both materials to identify as a singular object, and quite successfully so. Tension and harmony co-exist in this piece as the milk blends in seamlessly with the indent and edge of the stone. It is almost hard to believe that it is in fact a layer of milk on top of the stone, let alone discern where the milk ends and stone begins.