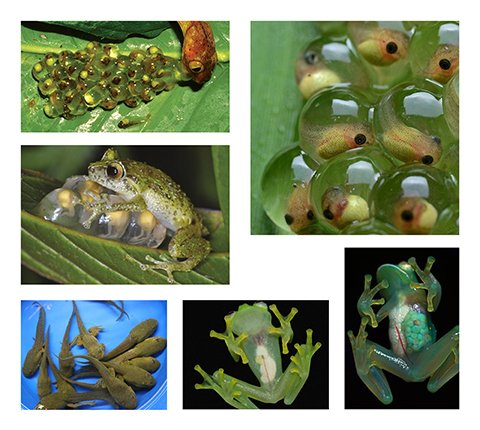 The frog belongs to the carnivorous group of amphibians. It can dwell in both dry land and fresh water. They could also live under rocks and in trees. Some important characteristics of an adult frog is a stout body, protruding eyes, anteriorly-attached tongue, limbs folded underneath, and no tail (except in tailed frogs). The appearance of a frog changes as it experiences different stages of metamorphosis. 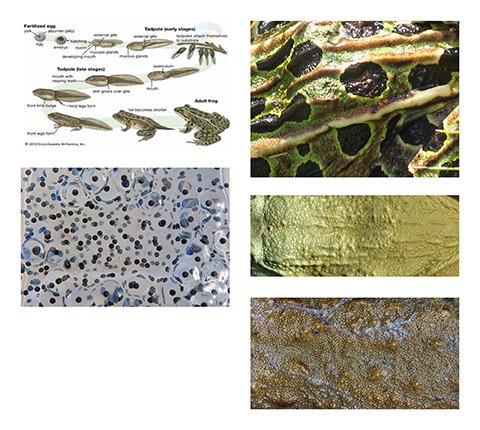 The skin of a frog is distinctly glandular. These glands secrete substances that range from distasteful to toxic. The frog’s skin is also varied in colour, usually to camouflage themselves with natural colours — dappled brown, grey, green. However, some frogs have vividly coloured skin with lucid patterns. These could be bright red, yellow or black. They are usually toxic, and this idea wards off predators. 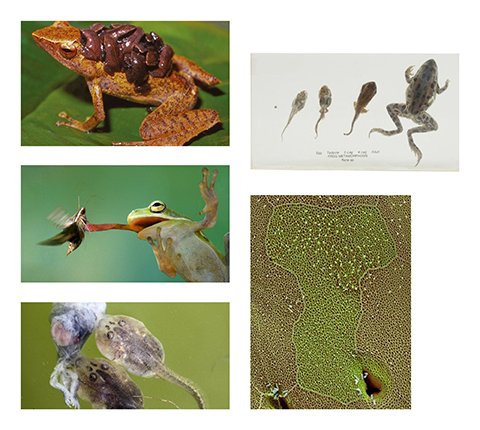 the life cycle of a frog

The life cycle of a frog comprises of 3 phases — starting as an egg, progressing to a tadpole, then completing metamorphosis as an adult frog. 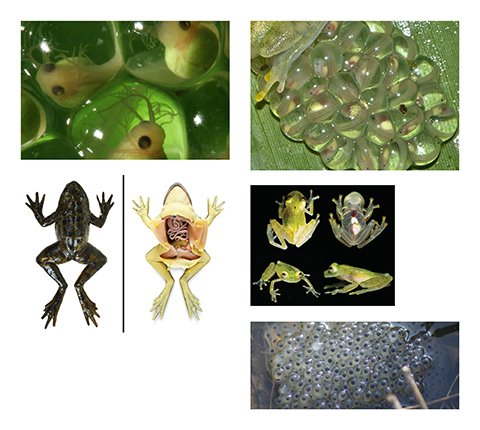 As an embryo (egg), it is covered in layers of gelatinous substance. When several eggs are clumped together, they are collectively known as frogspawn. The jelly provides support and protection while allowing the passage of oxygen, carbon dioxide and ammonia. 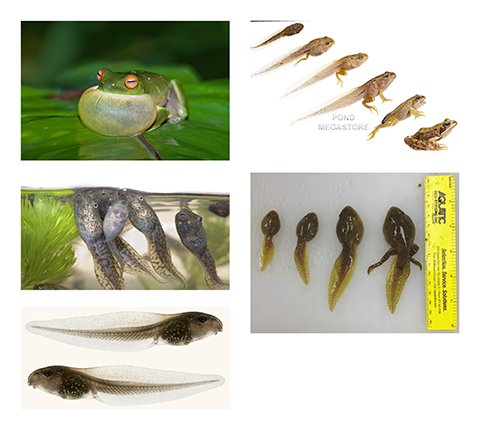 The egg then metamorphoses into a tadpole, it typically has an oval body and possesses a long, vertically flattened tail. As a general rule, free-living larvae are fully aquatic, but at least one species has semiterrestrial tadpoles which live among wet rocks. Tadpoles are typically herbivorous, feeding mostly on algae, including diatoms filtered from the water through the gills. 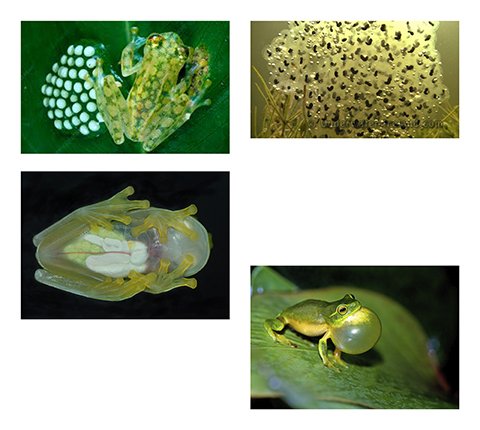 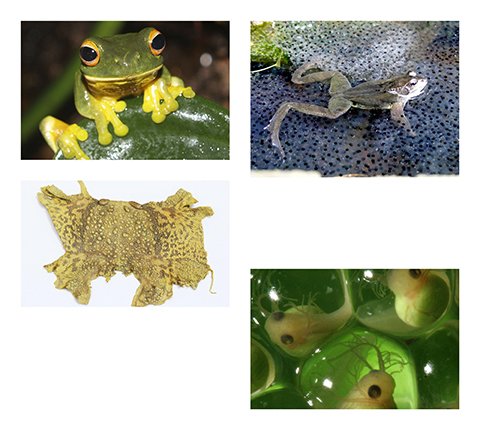 Finally, at the last stage of the life cycle, the frog takes the adult form that we are most familiar with. This process is sudden and rapid.

The most significant change that occurs during this phase is the development of the lungs. The gills also start to disappear from the gill pouch, the front legs become visible. Another transformation occurs with the lower jaw, changing into the big mandible of the carnivorous adult. The long, spiral gut of the tadpole becomes the typical short gut of a predator, it is no longer herbivorous.

The nervous system becomes adapted for hearing and stereoscopic vision, and for new methods of locomotion and feeding. The eyes are repositioned higher up on the head and the eyelids and associated glands are formed. The eardrum, middle ear, and inner ear are developed. The skin becomes thicker and tougher, the lateral line system is lost, and skin glands are developed.

The final stage is the disappearance of the tail, but this takes place rather later, the tissue being used to produce a spurt of growth in the limbs. Frogs are at their most vulnerable to predators when they are undergoing metamorphosis. At this time, the tail is being lost and locomotion by means of limbs is only just becoming established. 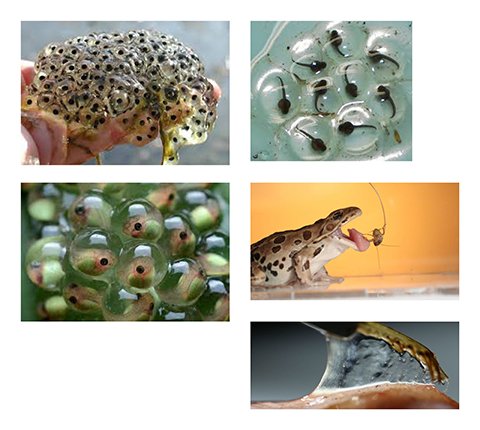