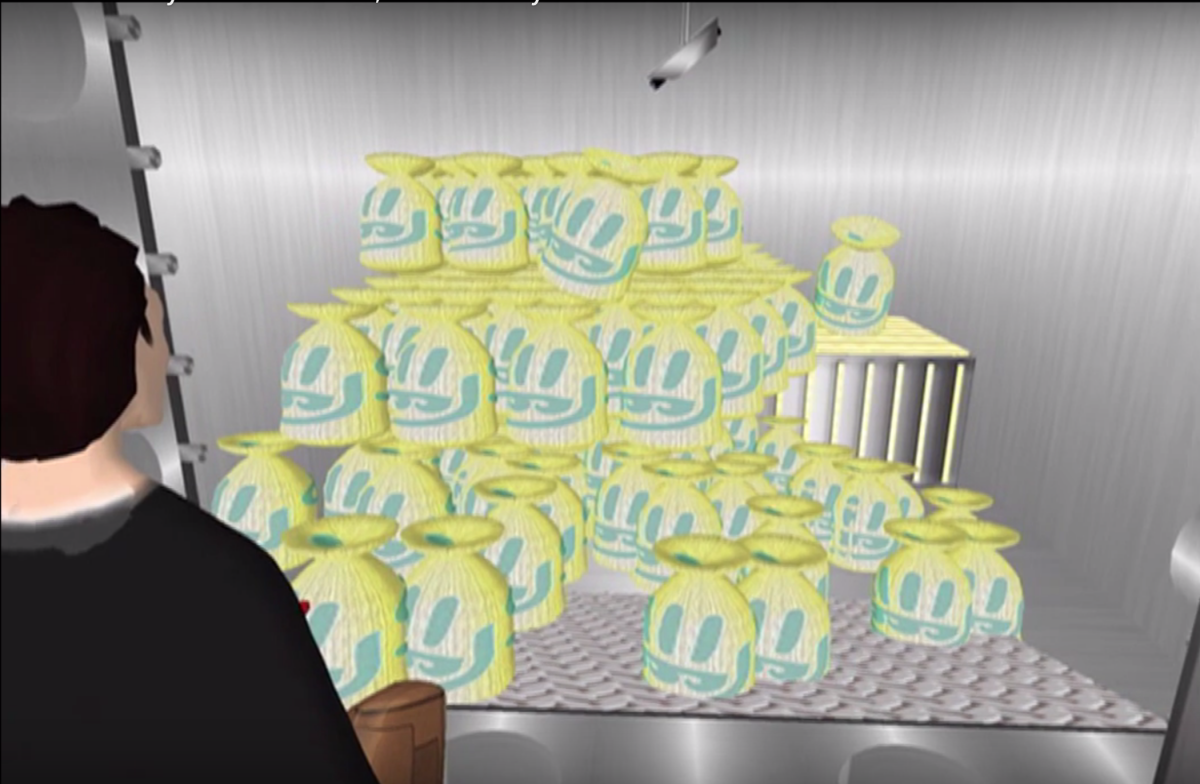 The Third Space has an ability to collapse space and time through a “fragmented and augmented perception of reality”, according to Randall Packer.

We are connected to each other within this space, despite factors of reality that may hinder this connection. An example of such a network is Grand Theft Avatar — a live interactive performance art by Second Front.

In this piece, the participants of Second Front take up pseudo identities and deploy to rob a bank to free the virtual currency of “Linden Dollars”.

The third space represents the fusion of the physical (first space) and the remote (second space) into a third space that can be inhabited by remote users simultaneously or asynchronously.

Grand Theft Avatar deploys a simultaneous use of the third space, collapsing the notions of reality through allowing such a scene to take place virtually/in a metaphysical space while the subjects are controlled live by actual beings.

It showcases how participants would interact with other participants in real life, however these behaviours are only actualised in a virtual space. This phenomenon rids the scenario of cause and consequence, creating a hole in this staged reality.

The third space is perhaps akin to the fourth dimension, a hyperspace where spatial trajectories have no boundaries, where temporal relations are amorphous, where wormholes reveal pathways that are instantaneous and geographically dispersed.

The nature of Grand Theft Auto is also said to allow it’s players to experience thrill through reckless behaviours that harbour serious consequences in real life.

It could then be said that in this third space, actual beings can experience a different and impossible version of reality through this media. This quality brings a certain superior level of flexibility to the third space.