Just decades ago technology had only numbers or binary matrices to understand data. Fast forward to the current day’s digital scene, data manifests as pixels, variable not just in value but also in form and animation. We are living the contemporary wave of data visualisation, our human behaviour is now characteristic and characterising the function of advanced technological devices. Artificial intelligence is no longer the absurd caricature of a science fiction future, it is household and mobile. Artificial intelligence is not just part of our lifestyle, but an extension of our intelligence and an integral tool to learning. It is not too far a stretch to say that technology has far surpassed human capability.

James Bridle cites Hawk-Eye, a computer system developed for sports, as a visual recognition technology that is advanced but ‘not as perfect’ as the human cognitive ability. 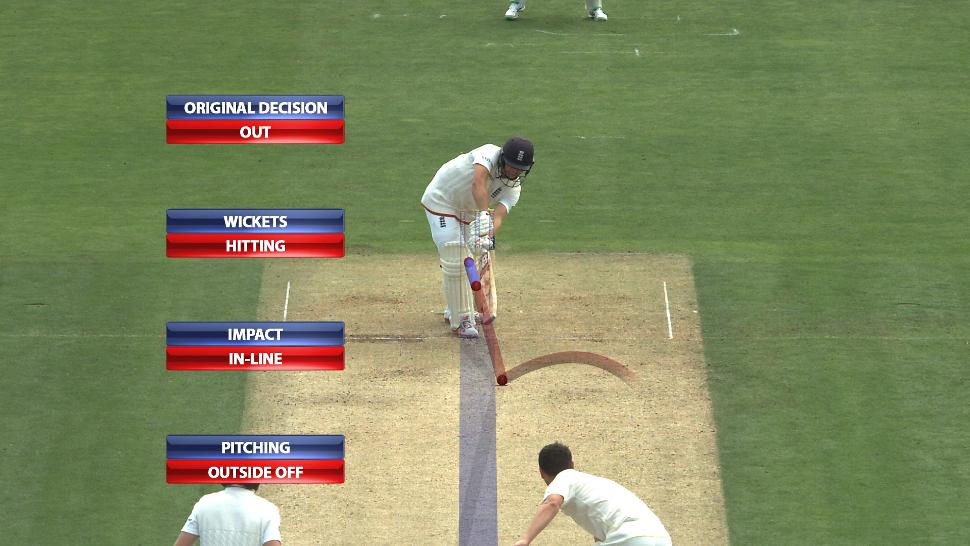 Hawk-eye is used commonly in many sports, especially tennis and cricket, to predict the trajectory of an object of play such as the ball. This trajectory is then used to determine whether the ball is in or out, which in the words of Bridle is not the ‘truth’ and just a ‘prediction’. This example is a strong testament for the extent to which intangible has infiltrated and effected on physical, human activities – the ‘algorithmic process’ that is intensely varied can determine the result of a game.

Let us take a step back and revisit the advent of computer recognition capabilities. Fei Fei Li’s TED talk appropriately titled “How we’re teaching computers to understand pictures” draws links between technological visualisation ability to that of a child. Just as a child can recognise visual objects to be ‘cars’ or ‘apples’, technology is able to parse slices of images and recognise them in the same means of finding patterns in data. There is an almost human ability in this algorithm to be ‘unsure’ and deduce a simpler, broader, insecure answer.

How is this intangible data being translated or applied in our tangible world. I look to another example from Bridle’s conference, one involving surveillance, one of the biggest bane and boon of technological advancement. 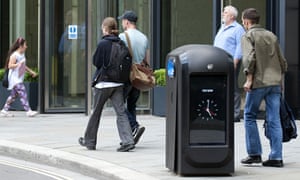 These manifest tangibly as bins with an elevated digital advertising feature, but the technology that lies beyond this is not just limited to display. Controversy surrounded these ‘spy-bins’ as they are revealed to have intangible surveillance capabilities installed in them, tracking and storing Mac addresses of devices on those who pass by.

Data is an abyss, our entire lives flow in and around our digital devices. I guess a more understanding description of our fear of data surveillance is our lack of knowledge and the fear of another person’s knowledge of us. There is a frightening volume of grey in our usage of technology, especially to us who are layman to code and are so distant from the servers who manage this cyber reservoir of data. Once upon a time data existed physically on paper or inscribed, archived on shelves and facilitated by human hand. It is hard to say that such a system operates with efficacy given our level of supply and demand today, but occasional glimpses of the humanity behind these digital productions are pleasantries. 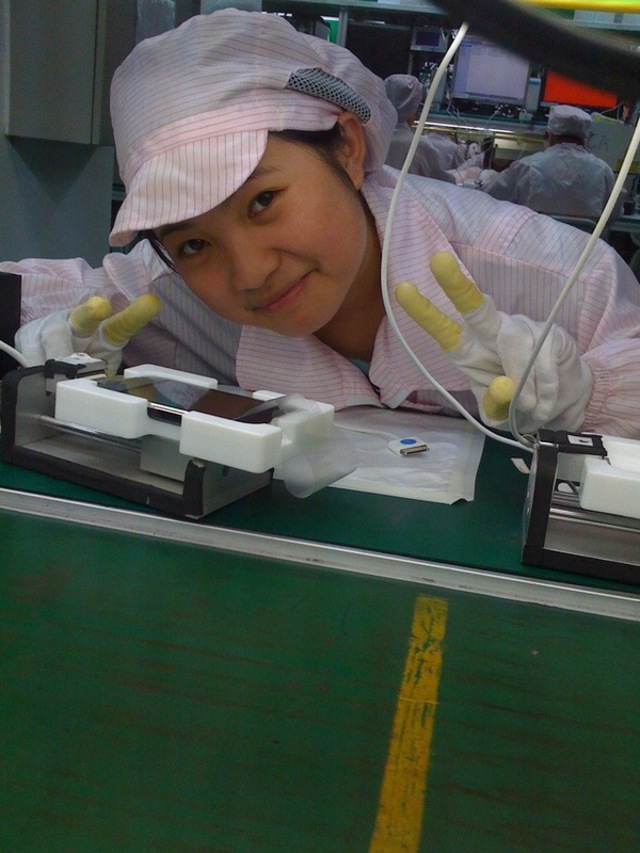 This iconic photo of a foxconn worker was found in an iPhone after it was distributed. It is also an example in Bridle’s conference. He expresses his amicable feelings towards this photo and talks about how glimpses beyond the cold mechanics of technology, or in other words the presence of human hands, can comfort us.

Bridle himself is an artist and has dabbled in the topic of surveillance that is expressed through New Media narrative art. Dronestagram, a piece that is simple in theory yet complex in nature. The simple act of posting the drone view of a drone strike to an instagram page forms both a physical and mental bridge through a digital space. It appeals to me in its bonafide explorative nature and its ability to expand the potential of a digital art work. 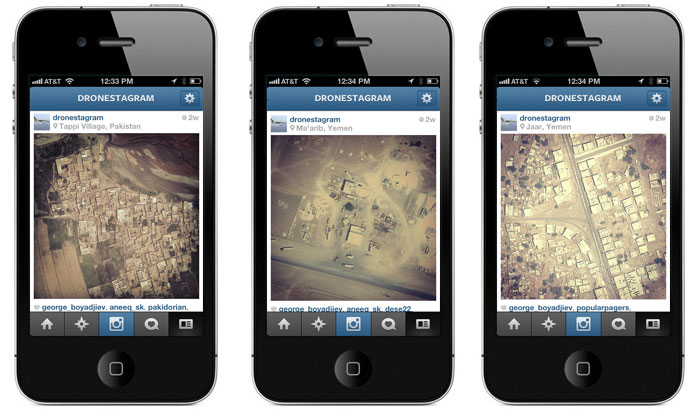 Instagram is one of the biggest photo-sharing platforms of the century. There is a personification to an Instagram account, and that nature is leveraged by companies and figures to inject a more personal approach to their endeavours. I believe this sensation plays a major role in Bridle’s piece, the ability to characterise an issue larger than our scopes and our narrow grievances. These images are camouflaged by the myriads of casual updates that flood our feeds, yet at the same time create an uncanny sense of real-time danger.

I also find interesting the double entendre that exists between the platform aand surveillance. Social media is our biggest surveillance, it transform every mobile device with photo capabilities into a surveillance tool. Gone were the days that we reel back on cctv footage, it is not uncommon for parents to receive real-time feeds of their homes while they are at work. Applications are developed in every imaginable way to increase the ability to surveil at any mobile spot. Most intangibly, social media is the biggest indicator and live feed of our world. Geo tags allow us to visualise frequently updated feeds of places, and for those who update, geo tags are their personal geo indicators. There is a certain casualness to self-surveillance when put in contexts such as this.

It is hard to say the nature of our relationship with these technological advancements. However, we have to acknowledge and perhaps harness its ability to visualise data and therefore express ourselves. It is the new core of communication, art and narrativity.

I use big fonts. View all posts by Su Xian