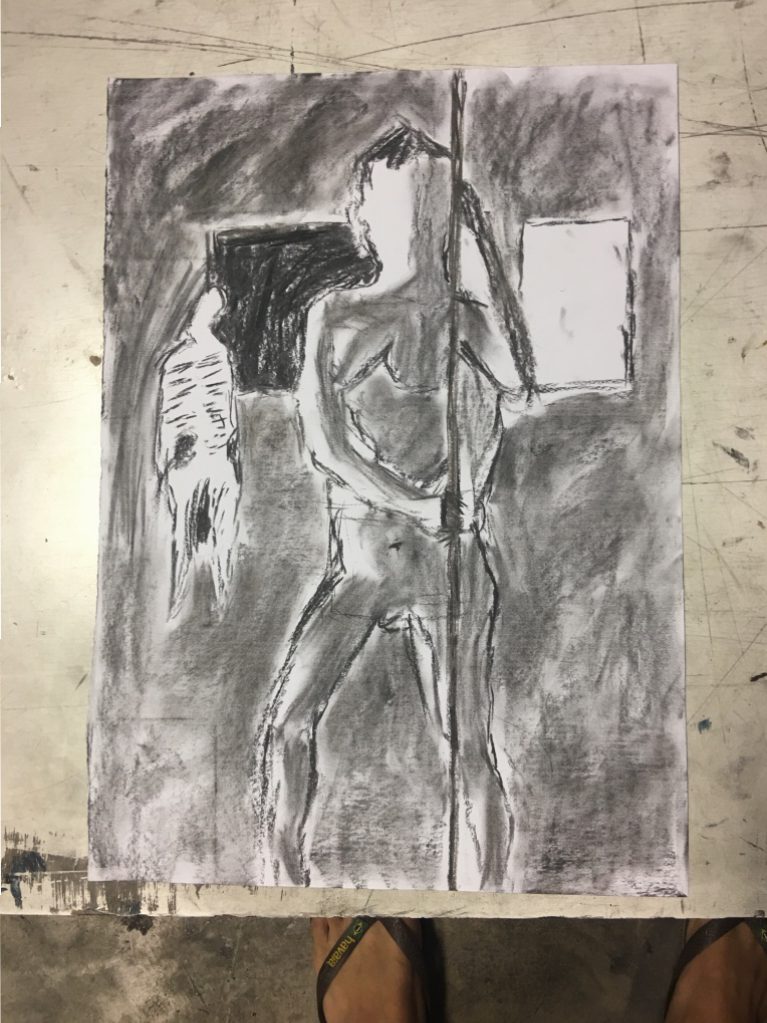 We were finally introduced to this thing called tones! A really interesting topic that is included in most drawings.

We have a model to come in once again and we used chinese brushes and ink for this exercise. 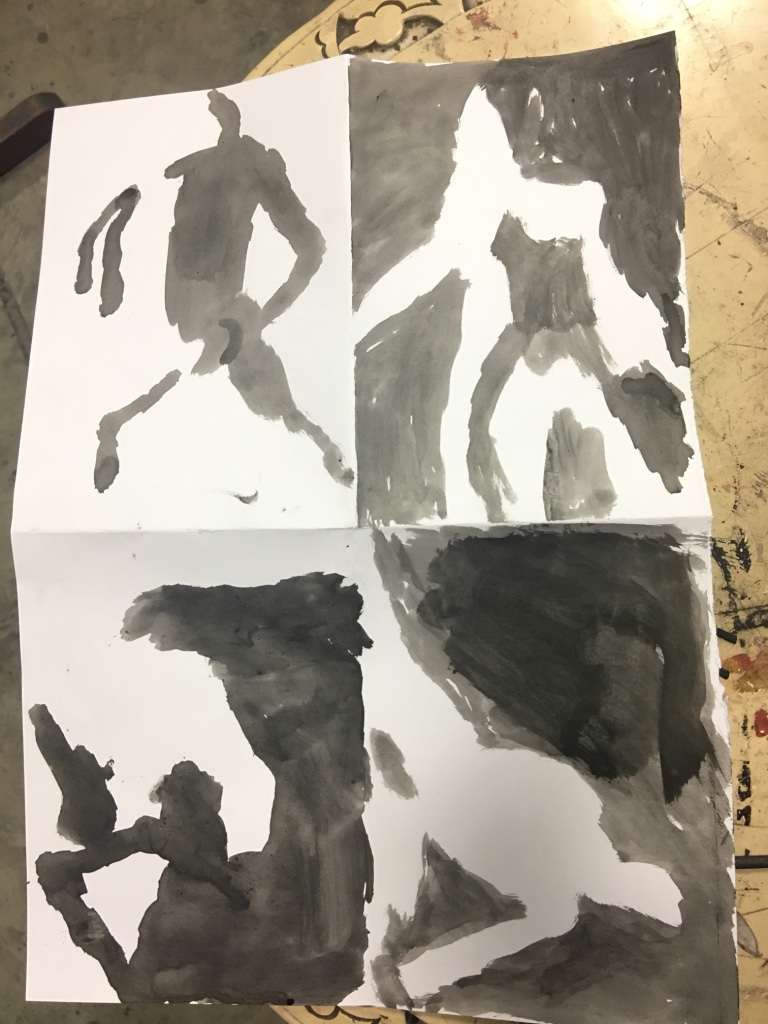 For the first four frames, we were just getting used to it. We were asked to focus on the parts that are dark or light. Depending on what you want to draw then you darken the parts you want to darken. 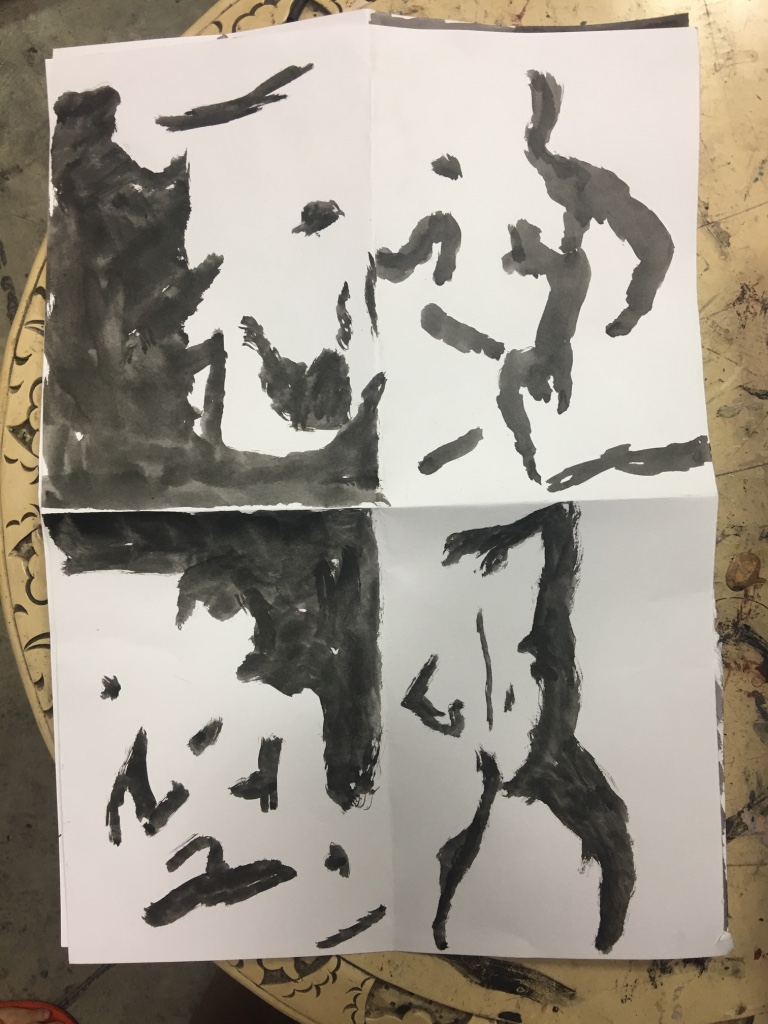 Prof warned us not to leave so much of the frame white but I just didn’t know how to do it in some frames. Even if it is not a proper drawing, you can roughly see the action of what the model is doing which is quite astonishing.

We then started to use charcoal instead. 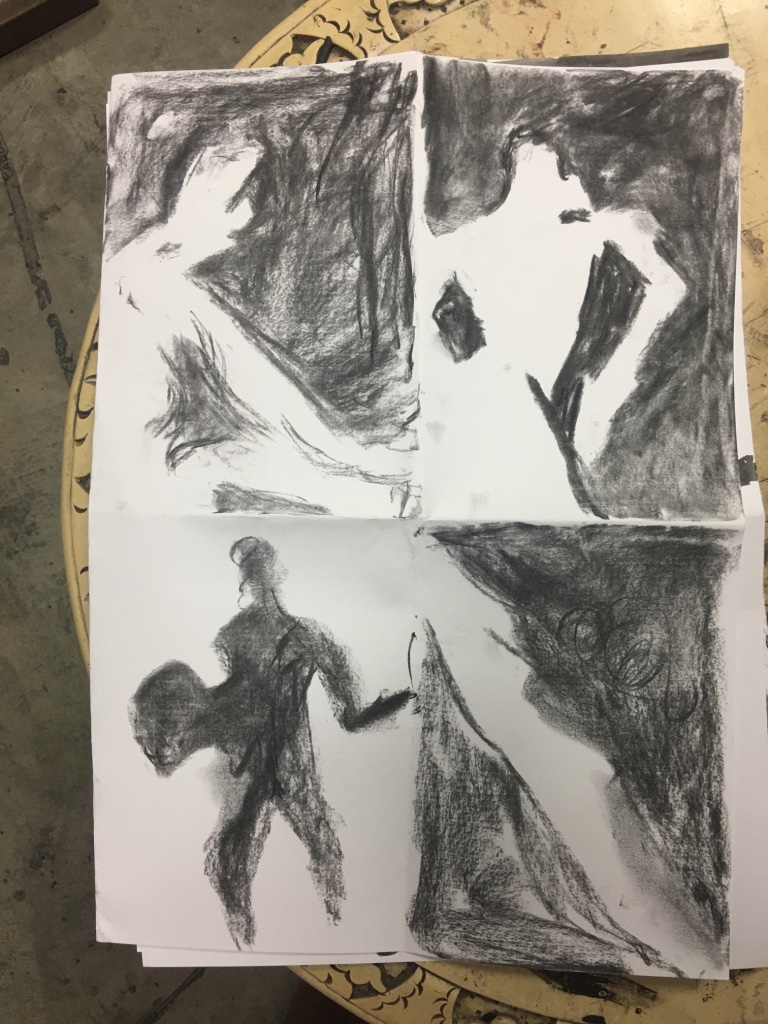 Some frames were zoomed in on a certain body part while some is the full body.

For out final exercise of the day, we were ask to use tonality for a full frame drawing. This was the outcome:

While including stuff in the background, I tried to bring out the light parts as well as darken the parts that were almost pitch dark. I do away with the facial features as that isn’t the focus point.

It was definitely an interesting lesson today and this technique can be used for the final drawing.