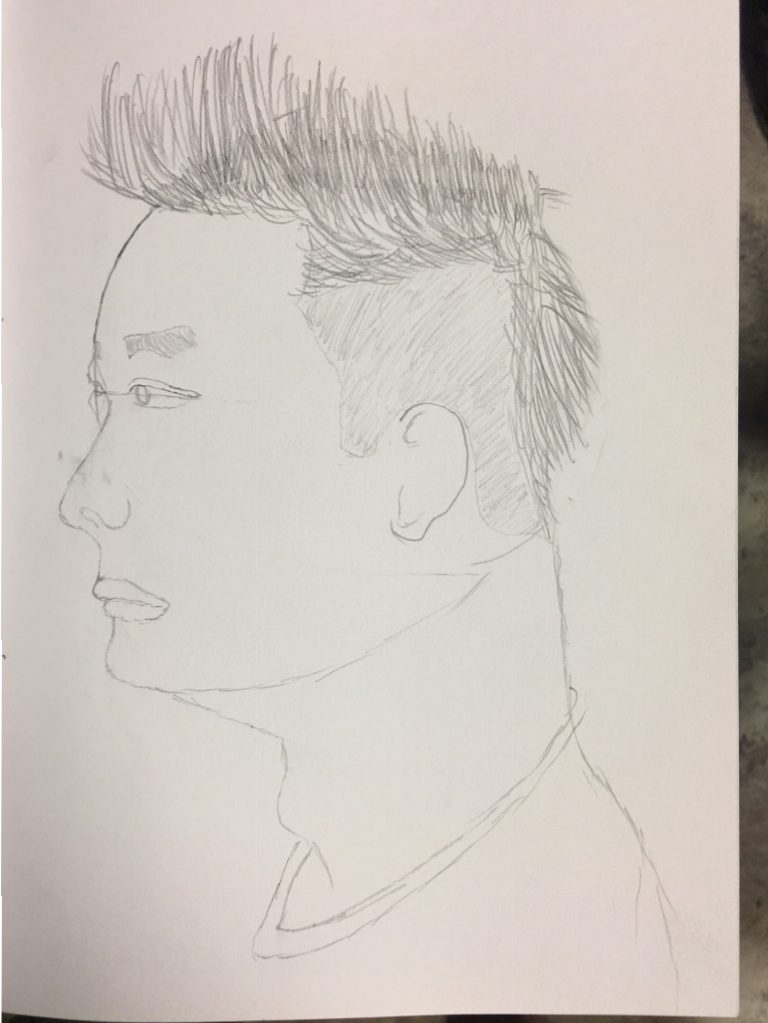 We had the model to come in again to aid us in our drawing. We started out with an exercise. To capture the pose of the model as well as the objects in the foreground, background, everything. 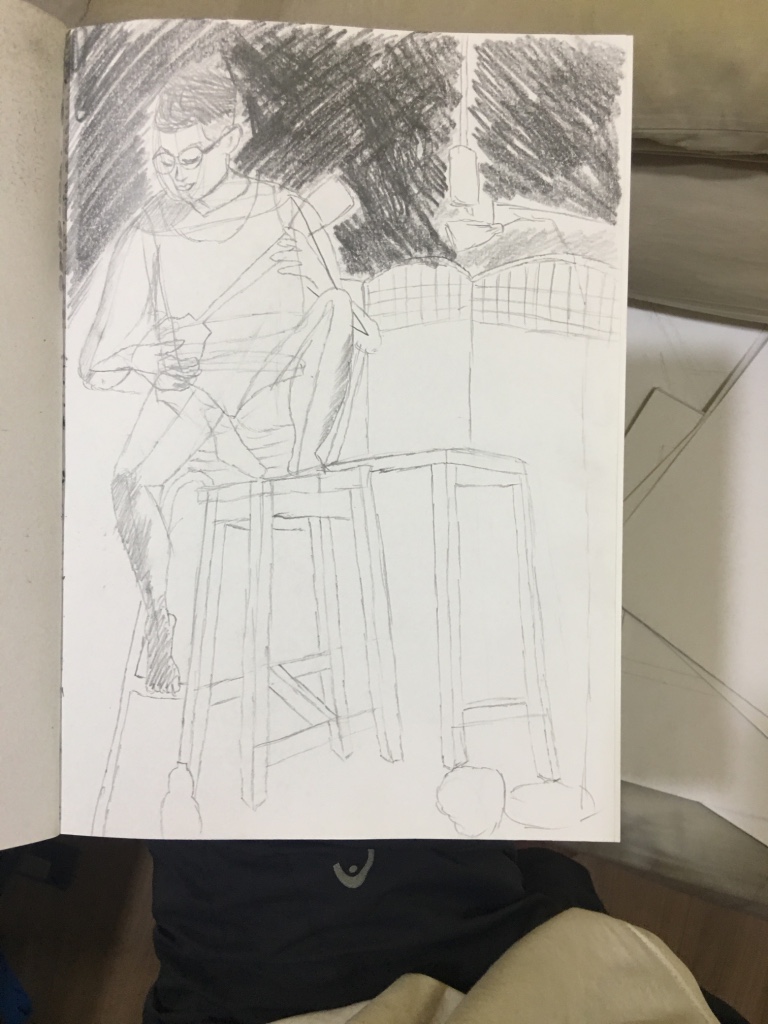 There were more things to cover this time round and it was much more difficult than before. Getting the angle right is an issue, as well as the line of action again. This time round I can see that my line of action has improved as compared to before. You can roughly tell that he is sitting down and all that. Graphite was passed to us to darken the areas that were dark. It was my first time using graphite and I think I’ve darken the parts that are supposed to be dark a little too much while the rest of the picture remained white.

Prof noticed that the face was an issue in most people’s drawing so we moved on to do portraits of our classmates. 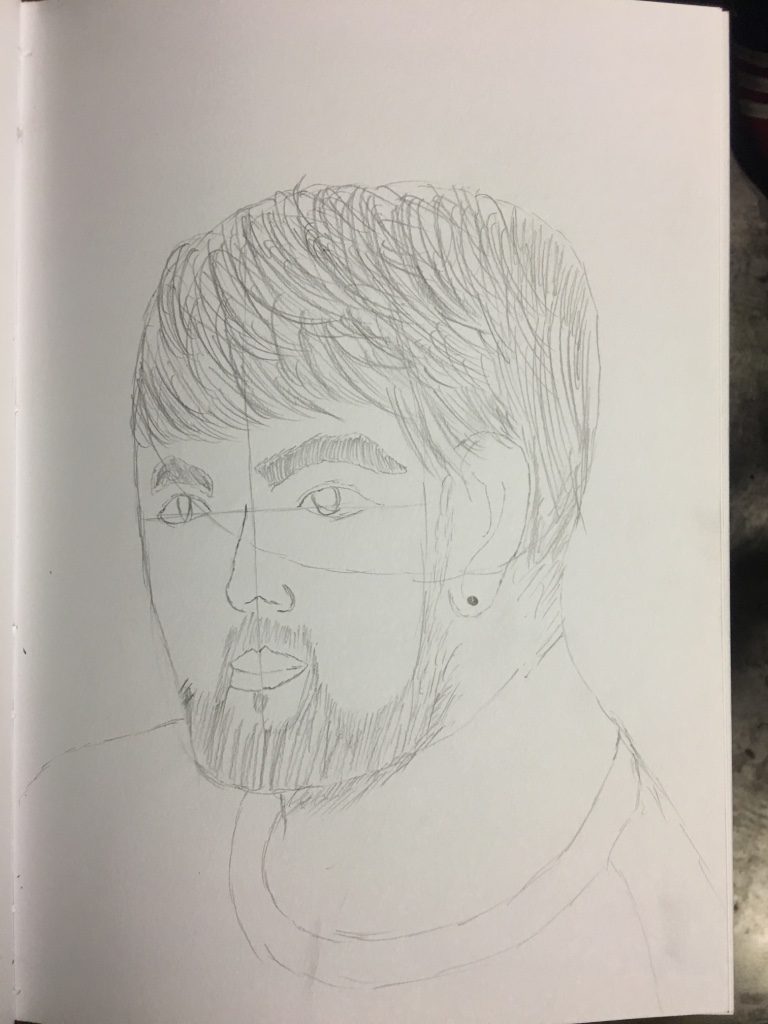 I drew one of my classmates and it turned out pretty well. Except for the fact that his face looks a little flat the way I drew it.

We then drew a portrait of the model.

I was pretty satisfied with my drawing of the model. Portraits was one of the favourite things that I like and it was pretty fun to actually do it.

For our homework, we were asked to draw 3 portraits. 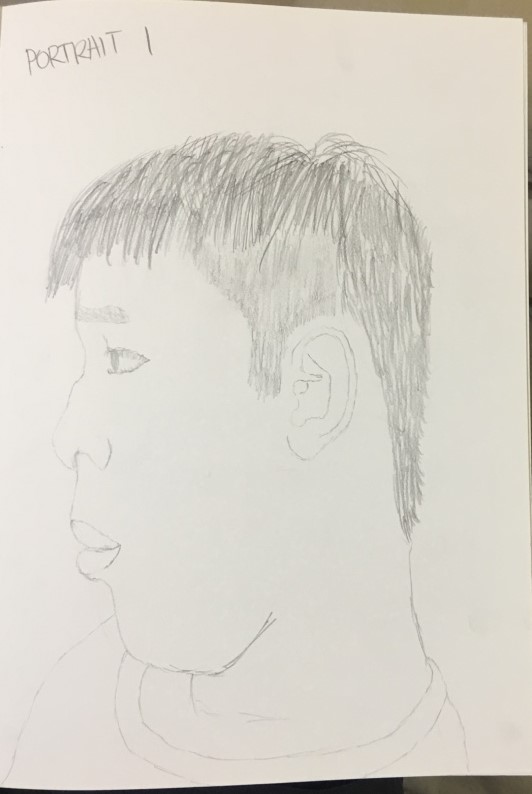 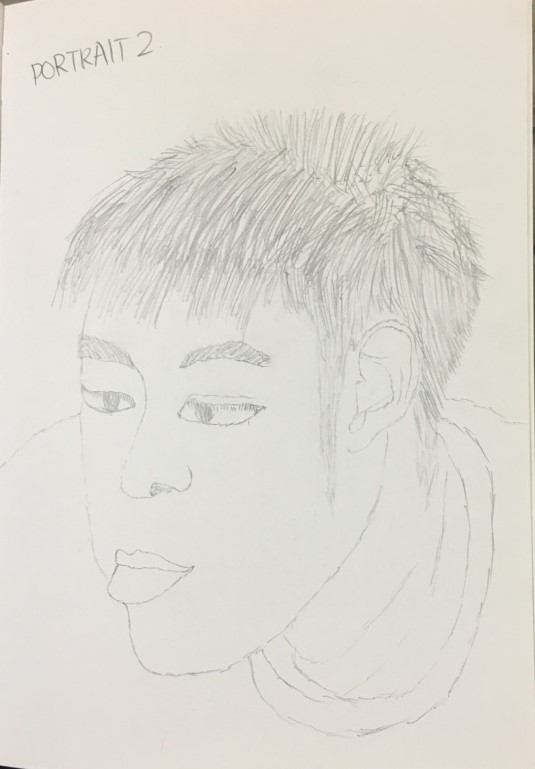 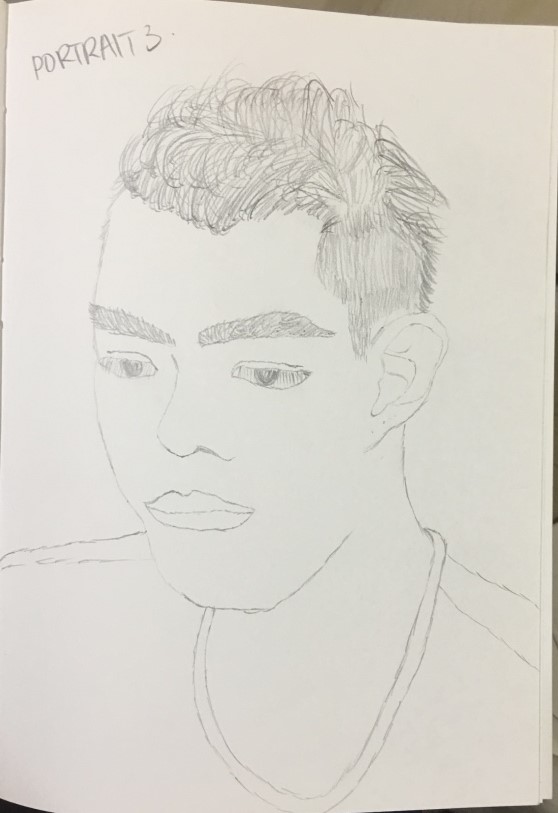 I think I managed to capture their facial details quite good and you can also tell where they are looking at at the point when I am drawing them.