1. The subject of your project

Providing information, or learning of Hillview place. I saw the Hillview Community Club and thought it would be interesting to have an interactive directory there that could provide information about the area.

Aiming for public interactive, perhaps even the people living in the area.

2. The space that your project will explore

The use of maps and idea of navigation.

3. The form that your project will take (what form will the interactive narrative be…a game, website, visualisation, something else?)

Rough Idea of how it would look like interacting 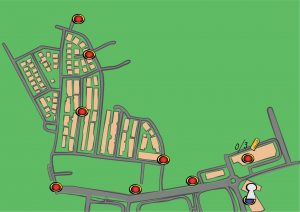 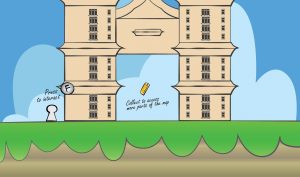 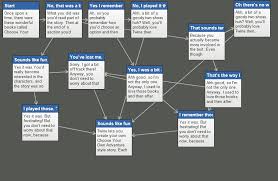 Rough Idea of how it would look like interacting 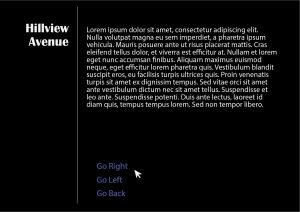 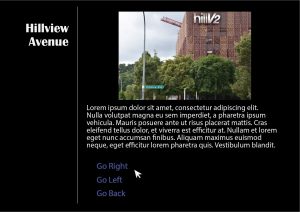 1. Films in relation to the locations. Providing a sense of spatial narrative and a certain first image to the location. An example could be giving the location an eerie horror feel. Was that one of your aims/intentions for this database narrative?

2. Loop-like photos, looks like it moving, why did you decided to implement such photos (and what impression/feel were you aiming to express from them)?

Response of reading by Guy Debord

I had some difficulty wrapping my head around the concept of the spectacle. It took some further research to get a clearer mind of it. The explanation of the spectacle being seems unreal, as it seems perfect superficiality in our world, but still considered a part of our society, such as celebrity culture, or consumerism. Though unrealistic, it consists of a social relationship between people. It is considered positive and powerful, as it can affect the economy due to the desire to fit in or achieve the spectacle and feel of necessity. The spectacle being contradicting as it affects the economy through celebrities or influencers, driven by what mass media consider as commodities, leading to how it has overcome or rule the consumers instead of the other way round.

The Society of the Spectacle — Overview | by Benjamin Thomas | Medium