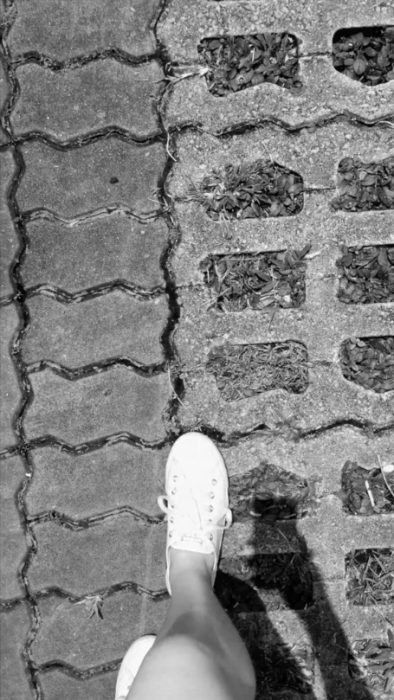 The alter ego that I have chosen to be for this microproject is an artist who is also a traveller, one who travels to gain inspiration.

Through the depicted journey in this video, I develop a deeper relationship with the location I am in as time progress. This is shown through the intervals of me removing my shoes, socks and lastly walking barefooted. I also decided to add a black and white filter to anonymise the location, allowing it to be anywhere imagined.

When something is being filmed, chances are that people normally put up a front for the camera in order to be perceived in a different light. When given the freedom to decide what goes into the video, we have the opportunity to curate our identity in a way that is more difficult to do in person.

When it comes to watching a video of a person, I’ve always thought that it was almost impossible to figure out / conclude one’s true identity. Physically, the editing and framing of the video could conceal a person’s voice, face or body part and hence not allow audiences to understand the full truth.

Aside from the spontaneous route that I took throughout the video, one of the things that I thought of including was a location with a wider variety of textures on the ground. It contributes to the sense of identity that I am open to exploring a range of places not specifically cities or rural areas.