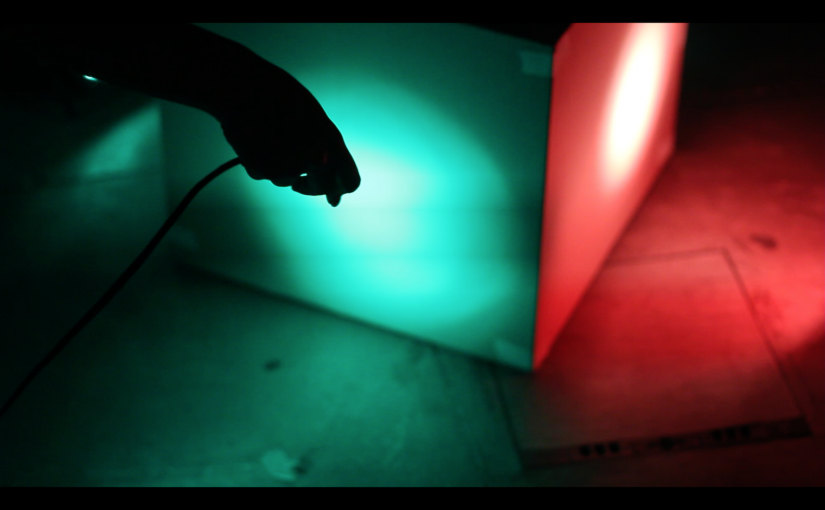 This prototype is a further development of the previous ‘swish the sound’, with the addition of chauvet lights.

When the gyroscope is tilted at an angle, there are two responses:

1. Sound is played at the angle the gyroscope is tilted at, and

2. Red light intensifies at the corner the gyroscope is tilted at, washing out the green

Sound is created by using ambisonic, while the control of the light was made by scaling the x and y coordinates of the gyroscope. 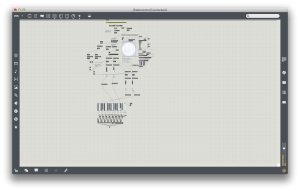 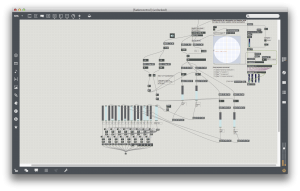