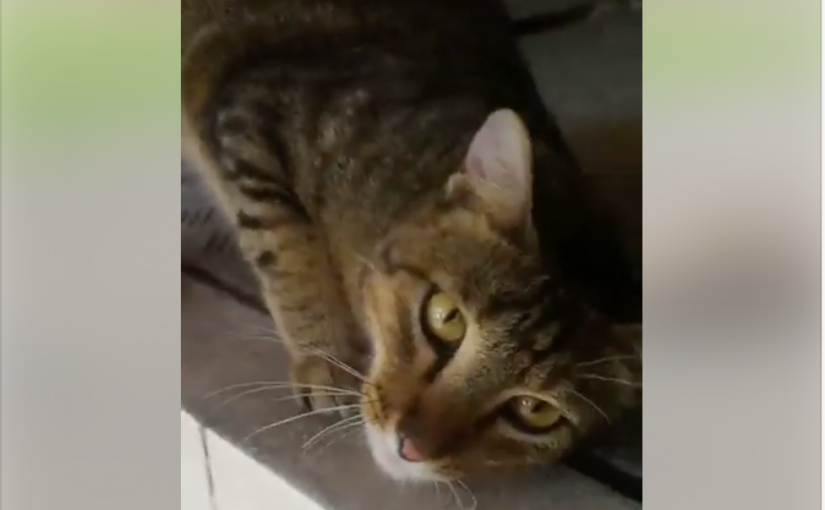 Initially, the video was named ‘Cat in the hole’, but later renamed to better reflect the video contents. Similarly, in spite of what I thought would happen in the filming as the situation and filming environment was fixed, the footage turned out slightly different from expected and hence the renaming of it.

When broadcasting, there was nary anyone around me, save for the one odd figure who was passing by the area. Despite that, I felt extremely conscious as I dislike posting on social media being a more private person, and that my video had the outreach to the entire Facebook user population. It felt that I had the power and wield to however, make my own voice heard amongst the sea of media.

As it was my second attempt, the first being a video directly filmed before this, the previous video gleaned comments instead of the second one, as it had the first viewer advantage. The few comments mainly commented on the content, basically aww-ing at the cuteness of the cat-objects. However, I opted to post the second video instead as it felt to be more of a reportage.

I disliked the video footage quality as it was pretty grainy thanks to the bad quality camera and weak 4G data connection, but at the same time, it added to the beauty of live recording – the rawness and spontaneity of it.

2 thoughts on “Cat-talk! An interrogation with the neighbourhood cats / Pirate Broadcasting as Reportage”